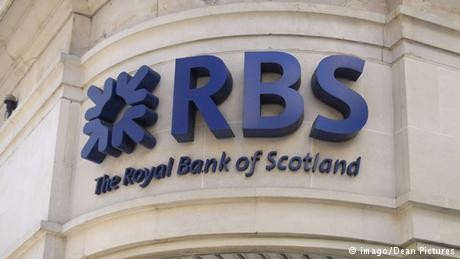 Royal Bank of Scotland Group (RBS) has applied for a banking license in Germany.

An RBS spokeswoman told DW the move was part of the bank's planning for the withdrawal of the United Kingdom from the European Union.

RBS plans to replace its existing Frankfurt branch with a newly licensed unit that will act as a regional "payments hub." It is the bank's first acquisition since the financial crisis in 2008.

It should allow RBS to continue to benefit from passporting rights for cross-border access to EU clients.

RBS already has one license in continental Europe due to its takeover of Dutch bank ABN Amro in 2007, just before the financial crisis. Earlier this month, RBS said it would transfer billions of euros worth of business to the Netherlands should there be a disorderly Brexit.

Part of a Brexit trend

Ahead of Brexit, expected in March 2019, 37 UK-based financial concerns have applied to the European Central Bank for new licences, or to extend existing ones.

RBS was founded in 1727 and invented the overdraft the following year. It owns Natwest and Coutts and issues banknotes in Scotland and Northern Ireland.

Read more: Taxpayer bailouts: a thing of the past?