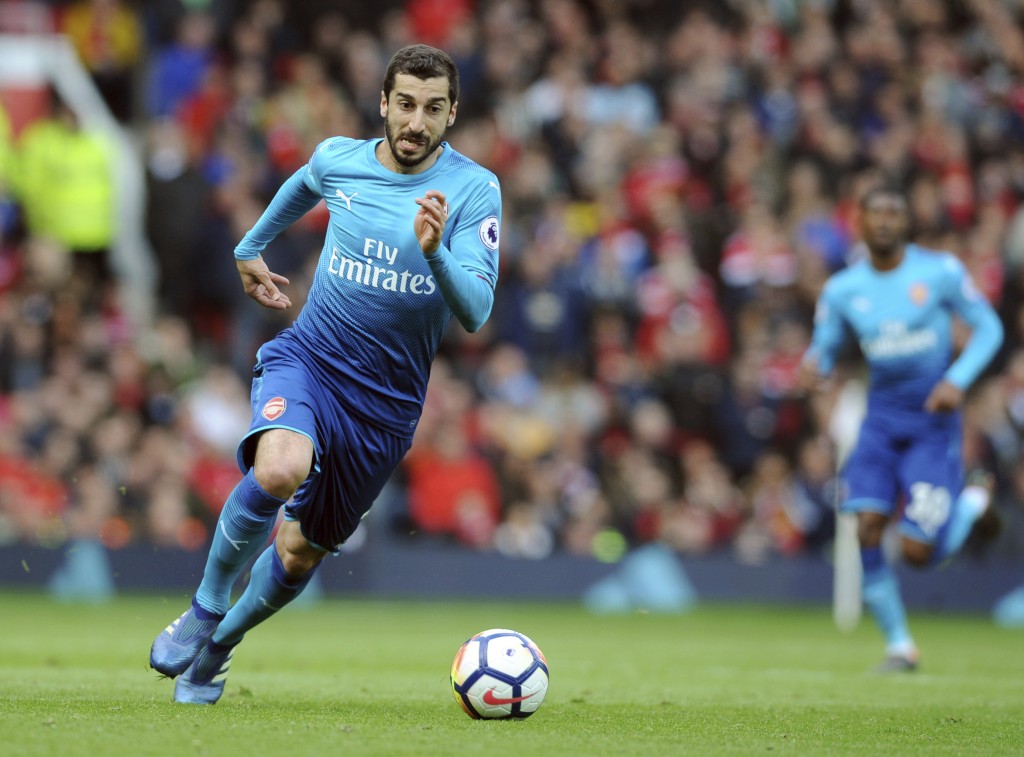 LONDON (AP) — Arsenal will be without Henrikh Mkhitaryan for at least six weeks because of an injury to his right foot, the London club said on Monday.

The Armenia playmaker fractured a metatarsal in Wednesday's 2-0 League Cup quarter-final defeat by neighbor Tottenham and was replaced at half-time.

Arsenal is fifth in the standings, on the same points as fourth-placed Chelsea, and will visit Brighton for its next league fixture on Wednesday.