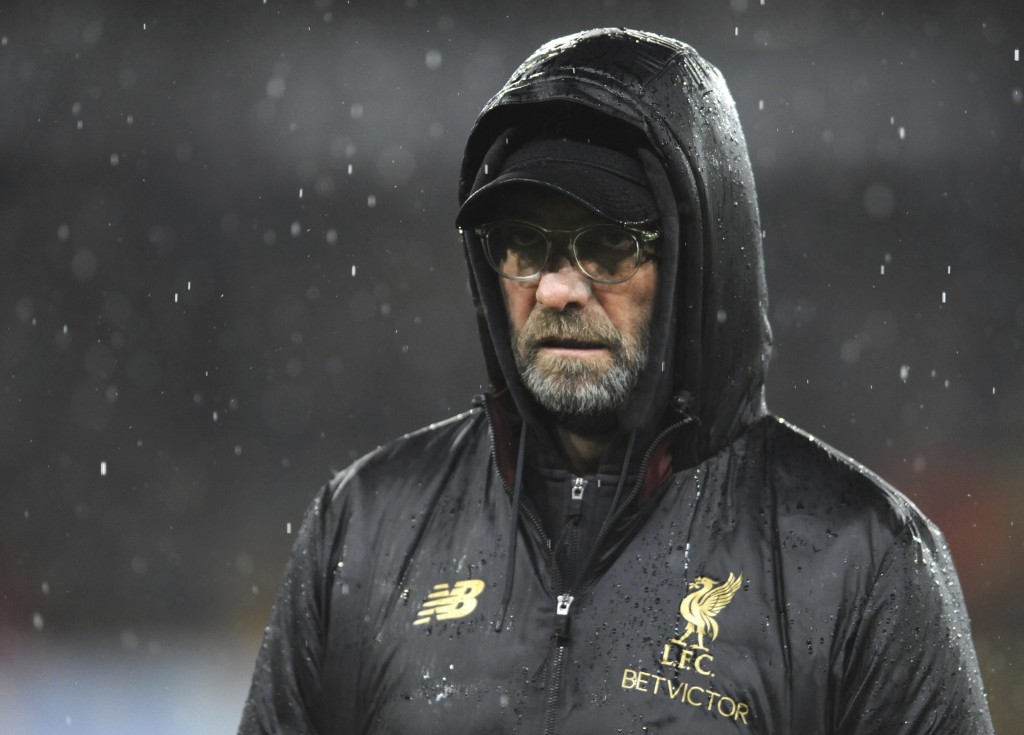 LIVERPOOL, England (AP) — Liverpool is well placed to end a frustrating 28-year wait for the top-flight title, but manager Juergen Klopp says he will be quick to make a move in next month's transfer window if his squad suddenly needs reinforcing.

Klopp's side is four points in front of second-placed Manchester City after 18 of 38 Premier League matches as it looks to become champion of England for the 19th time, second only to Manchester United's haul of 20.

"I'm very happy with the players I've got but I've always said, you don't know," Liverpool's German coach said as he prepared for Wednesday's home game with Newcastle. "I'll keep the door open.

Klopp saluted the versatility of James Milner after the former England international filled in at right-back for the injured Trent Alexander-Arnold in Friday's 2-0 victory at Wolverhampton.

"We don't have that many options anymore because we have two injured center-halves (Joe Gomez and Joel Matip), so that immediately limits everything," Klopp said.

"We are not that versatile. Yes, Milner can play five or six different positions, that is not a problem for him, but there are not a lot of players who can play that many positions."