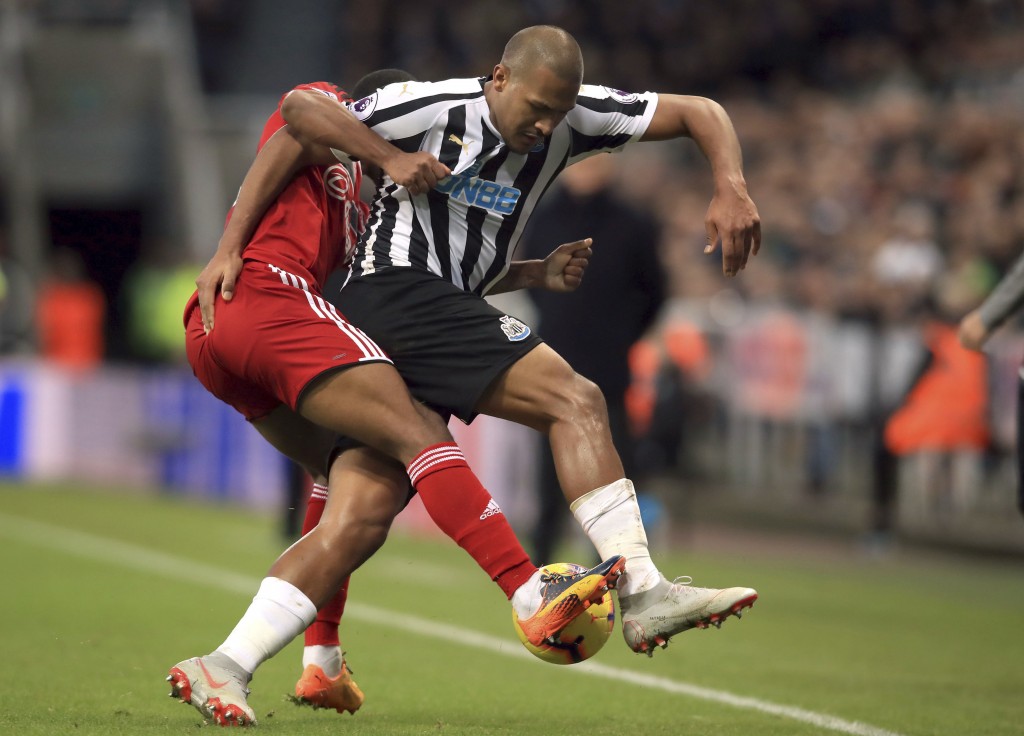 NEWCASTLE, England (AP) — Rafael Benitez believes he will achieve a second miracle in successive campaigns if he manages to avoid Premier League relegation with Newcastle again.

"We have to be realistic and understand we will be in the bottom half for the season," the club's Spanish coach said as he prepared for Wednesday's visit to his former team Liverpool, the league leader. "If we can be better than three teams, it will be another miracle."

Newcastle failed to win for 10 matches at the beginning of the season but better form since then has lifted the club to 15th position, five points above the drop zone.

Benitez, who has also previously coached Real Madrid, Chelsea, Inter Milan, Valencia and Napoli, said Newcastle was finding it tough to keep up with its rivals because of a lack of investment in players.

"It was a miracle last season," he added. "People were thinking, 'Oh, you finished 10th...', but with a couple of fewer wins, we could have been in the bottom five, so it was a miracle."

"The team is trying a lot of things, but still it's not enough sometimes to get the points, and it will be like that," Benitez said. "I'm trying to tell everyone, realize where we are, realize what we have to do and if we do well, fine, we can finish 10th or whatever.

"But if we think we have to beat these teams which have spent 100 million pounds ($126m), every one of them, during the summer, if we think we can beat them easily every game, no chance. We are wrong, 100 percent."