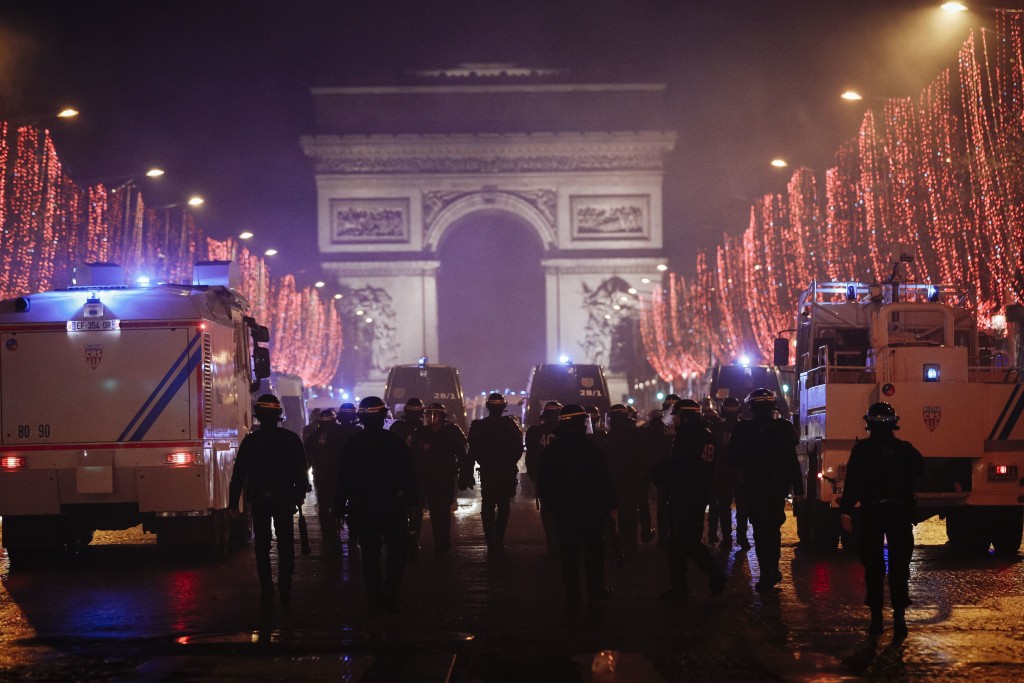 PARIS (AP) — Paris authorities are investigating alleged anti-Semitic comments by yellow vest protesters in the city subway toward a woman whose father died at Auschwitz.

A journalist described on Twitter witnessing the incident Saturday night after a new round of protests by the yellow vest movement against taxes and other economic concerns.

The woman's nephew identified his aunt on Twitter as the target of the comments.

The Paris prosecutor's office said Monday that an investigation has been opened.

Some protesters in the yellow vest movement have expressed extreme or racist views.

But research into its followers and their online comments has found that the movement as a whole is a broad-based grassroots phenomenon with no single political bent that includes people from many sectors of society.