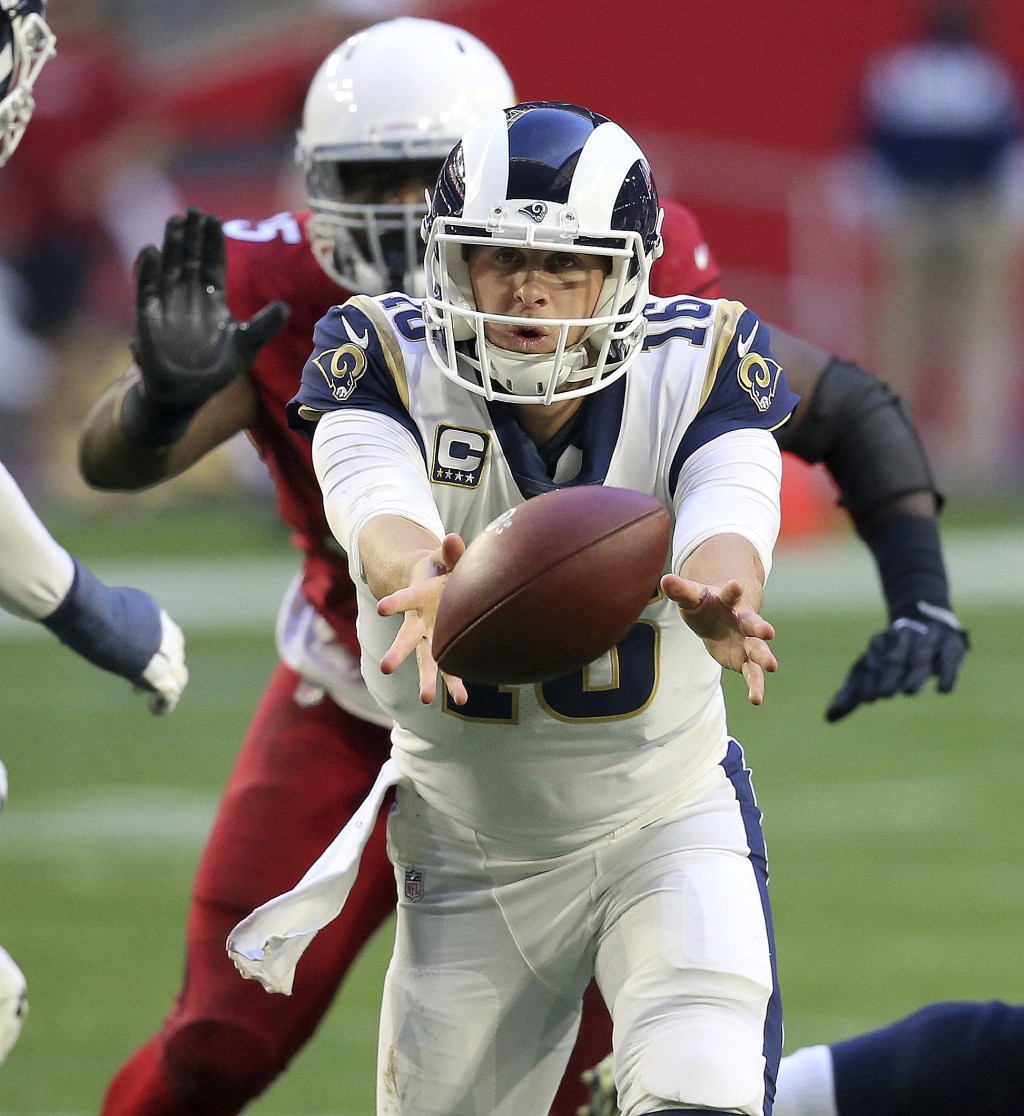 GLENDALE, Ariz. (AP) — C.J. Anderson was looking for a job last week. The Los Angeles Rams needed a running back.

It was a marriage of convenience that turned out so well for everyone on Sunday, except the Arizona Cardinals.

And almost nothing is going well for them.

Anderson, the former Denver Bronco playing five days after he was signed off the street by Los Angeles, rushed for 167 yards — one shy of his career high — and the Rams bounced back from a pair of losses to beat the troubled Cardinals 31-9.

Anderson, playing in place of the injured Todd Gurley, had a 4-yard touchdown run and other gains of 46 and 27 yards as the Rams (12-3) rushed for 269 yards, most allowed by Arizona on the ground this season.

Anderson was not at all surprised.

"That has been my game I have been in for six years," he said. "If you paid any attention of football with C. J. Anderson in it, you wouldn't be surprised at all."

Rams cornerback Aqib Talib was a teammate of Anderson in Denver.

Anderson had plenty of help.

The Rams' master at disruption, Aaron Donald, had three sacks to break the NFL record for defensive tackles with 19 1-2 and break the franchise overall sacks record in the process.

"It was a game we needed, a bounce-back game," Donald said. "We are back on track and hopefully we will keep it up."

With the victory, Los Angeles remained with the second-best record in the NFC behind New Orleans, which clinched the conference's top seed. The Rams are one game ahead of third-place Chicago. Each has one left to play, and the Bears would have the tiebreaker should they finished tied.

But it was the only trip to the end zone for the Cardinals (3-12), who at 1-7 had the worst record at home since they moved to Arizona from St. Louis in 1988. A loss in their season finale at Seattle would leave them 3-13, matching the worst record in the 30 years since that move.

All this leads to speculation that Steve Wilks' rookie season in Arizona as head coach might be his last.

Jared Goff completed 19 of 24 passes for 216 yards for a touchdown. He also ran for a score on one of three consecutive TD drives for Los Angeles in the first half.

A Rams turnover gave Arizona its chance to score early and take its only lead. Goff, under duress, fumbled and Deone Bucannon recovered for the Cardinals at the Rams 41. Rookie quarterback Josh Rosen scrambled for 15 yards and threw three short passes to Fitzgerald to set up Zane Gonzalez's 36-yard field goal.

But Los Angeles methodically mounted touchdown drives the next three times it had the ball.

The Rams needed only 3:08 for a seven-play, 75-yard scoring drive, Robert Woods scoring from 4 yards on an end around.

After Arizona's unlikely TD, with Fitzgerald dropping in a perfectly thrown 32-yard pass to Johnson, the Rams took the kickoff and used up 7½ minutes in another 75-yard drive. Anderson scored on a 4-yard run and Los Angeles led 21-9 with 2:10 left in the half.

Fitzgerald isn't saying whether this, his 15th NFL season, will be his last. But if this was his final home game, he had a good one.

At the top of the list was the throw. After Rosen's 16-yard run to the Los Angeles 32, the Cardinals ran a play with Rosen tossing a lateral to Fitzgerald, who then passed to the wide-open Johnson for the touchdown. Fitzgerald is 2 for 4 in his NFL passing career for 53 yards — and one touchdown.

Coach Sean McVay, and even Gurley himself, had talked as if they expected the prolific running back to play. But Gurley didn't practice all week with left knee inflammation and it was announced a couple of hours before the game that he wouldn't play.

In the end, they decided it made no sense to push it considering the opposition and the bigger games ahead.

Cardinals: Play at Seattle on Sunday.