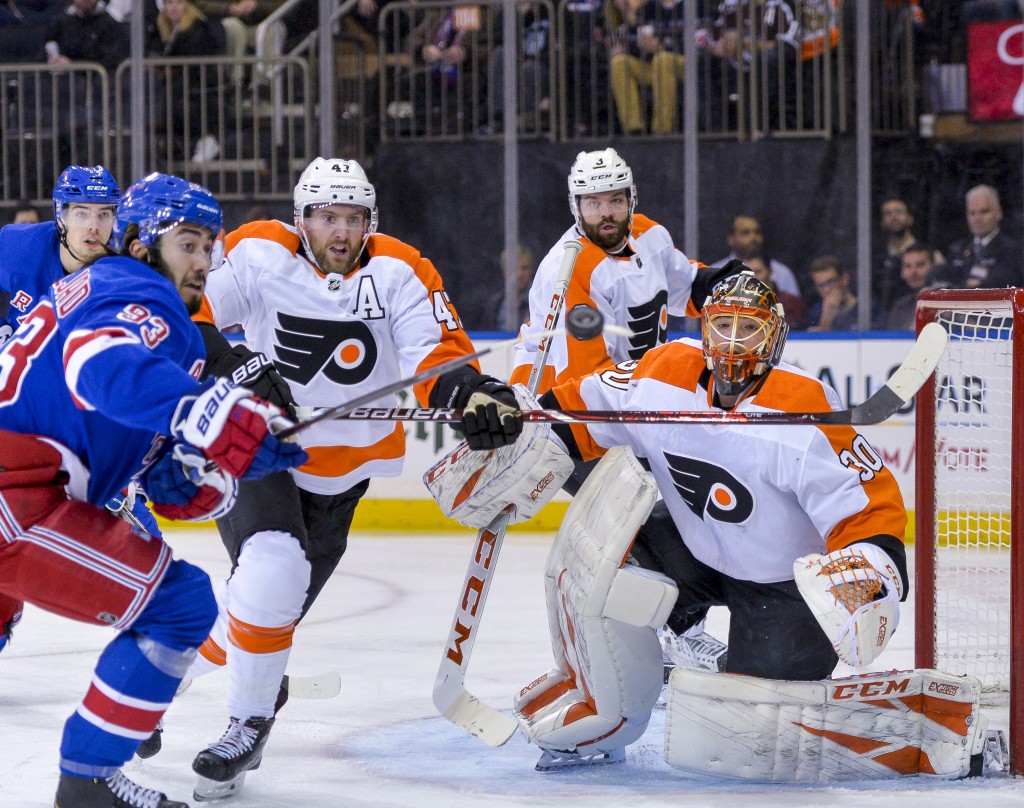 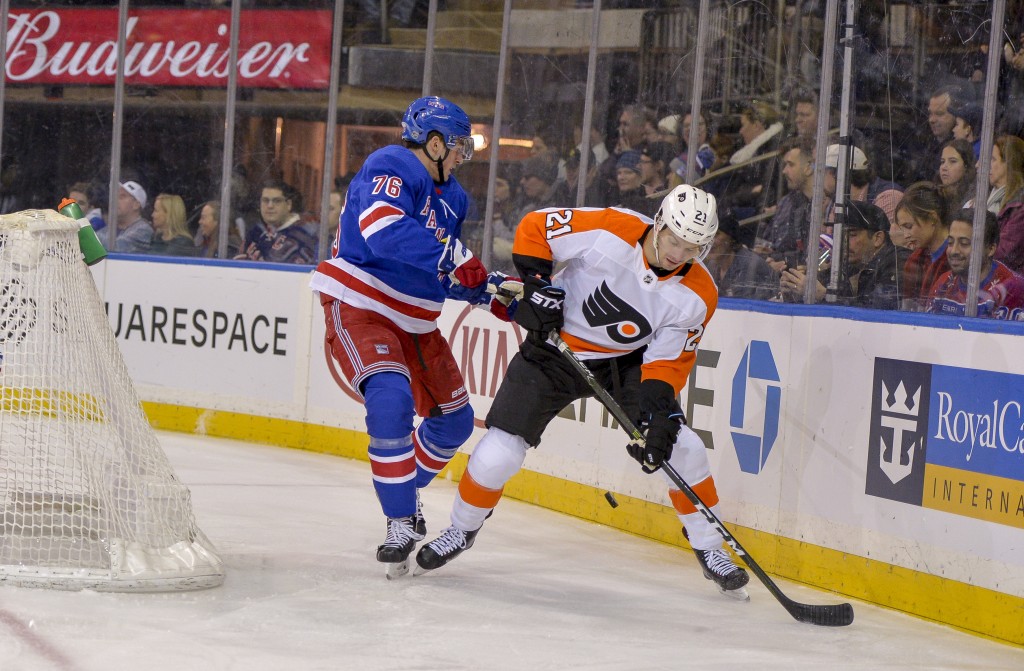 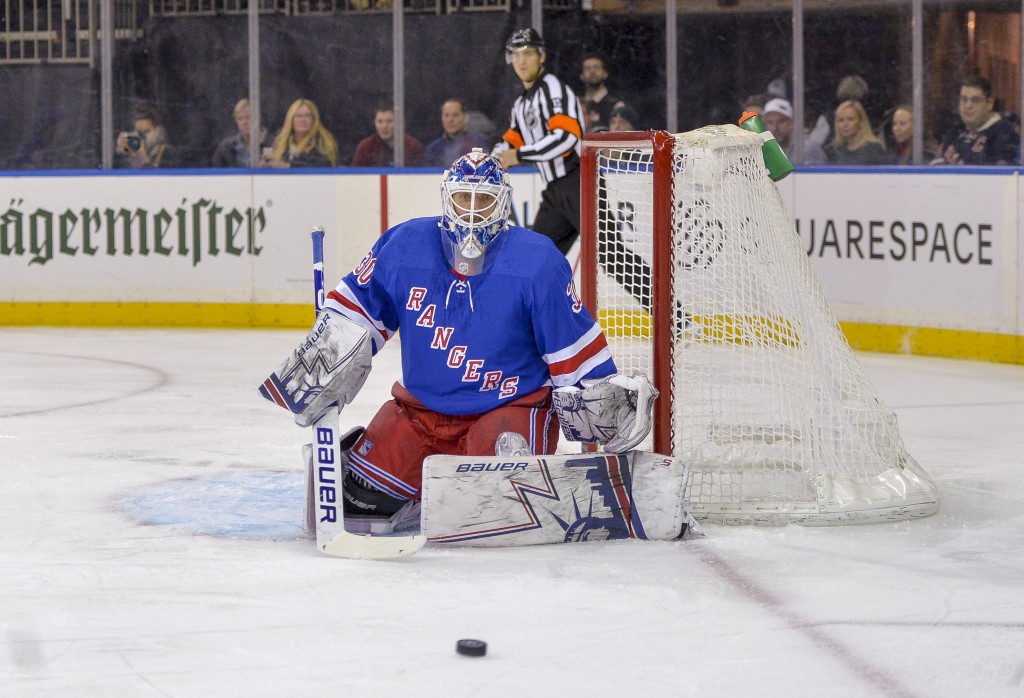 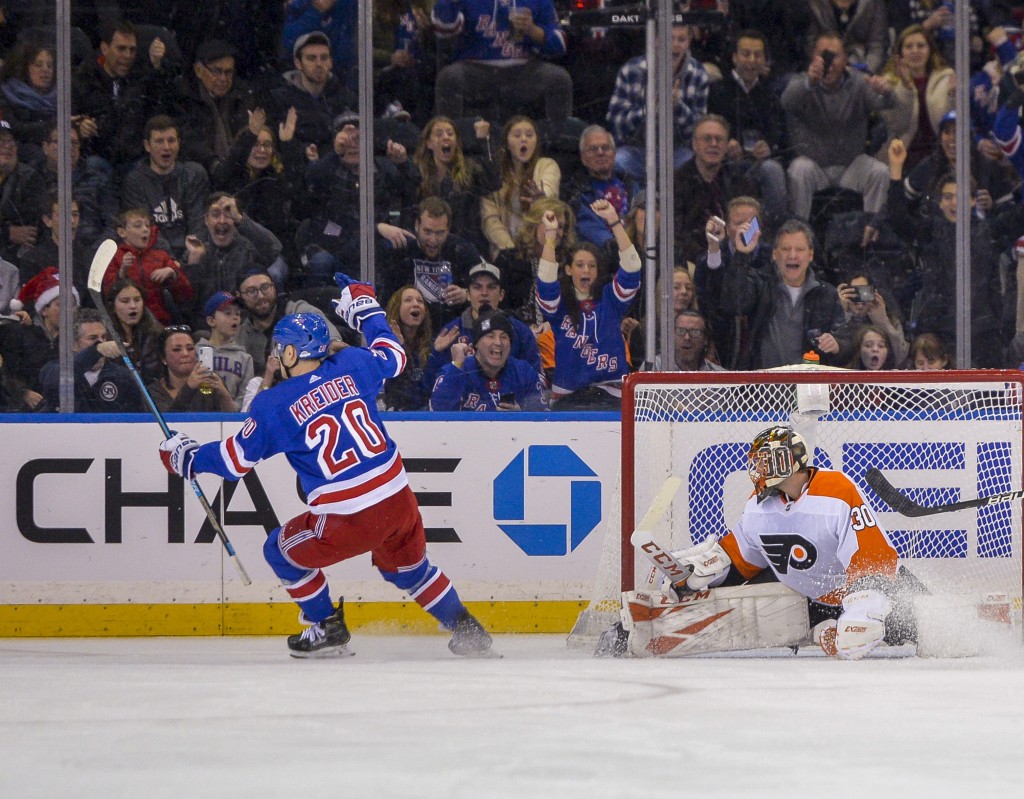 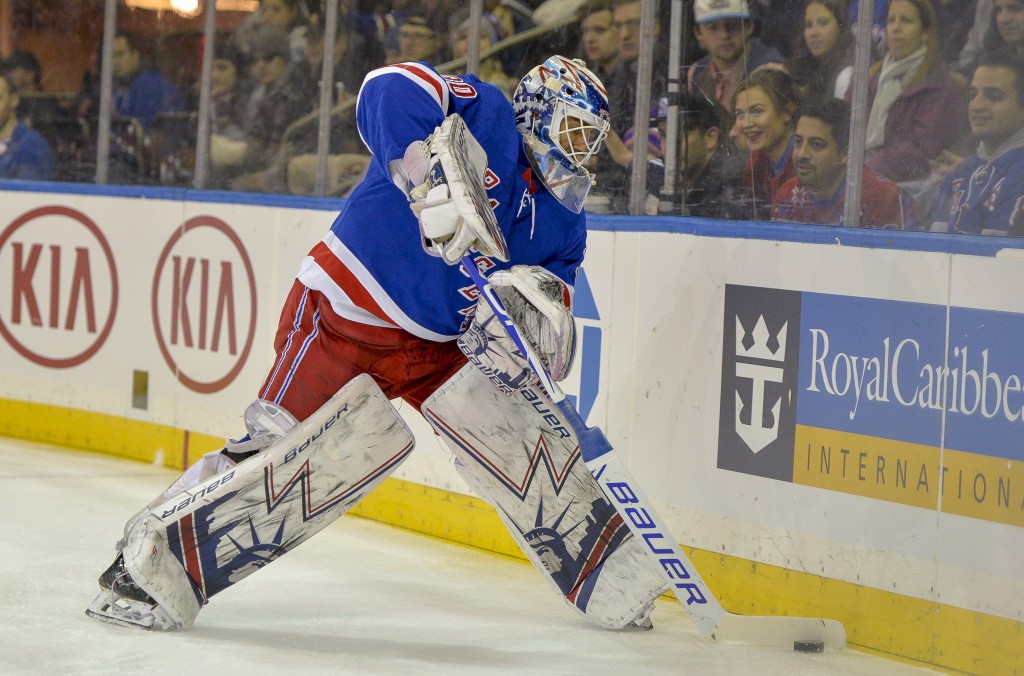 Michael Raffl and Wayne Simmonds scored in regulation, and Michael Neuvirth made 32 saves as the Flyers won for the third time since changing coaches.

Chris Kreider and Boo Nieves scored for the Rangers, who lost their fifth in six games. Henrik Lundqvist stopped 28 shots.

Simmonds gave the Flyers a one-goal advantage 5:01 into the third period when he buried a rebound on the power play. The Rangers were short a man due to a too-many-men penalty. Sean Couturier and Jakub Voracek assisted on the play.

But the lead was short-lived as Nieves tied it 22 seconds later. Rangers rookie Lias Andersson forced a turnover behind the Flyers net to set up the fourth-line center. Nieves, playing in his fourth game of the season, scored his second NHL goal.

Raffl evened the game 1-all at 1:46 of the second when he scored his first of the season. The veteran forward kept the puck himself on an odd-man rush and beat Lundqvist to the glove side. Philadelphia defenseman Travis Sanheim assisted on the play.

The Rangers struck first when Kreider snapped a wrist shot under Neuvirth's blocker at 10:05 of the opening period. Kevin Hayes made a clever play to exit the zone, dancing around Flyers defenseman Ivan Provorov before making a spinning pass to lead a streaking Kreider into the offensive zone all alone. Hayes extended his point streak to seven games, setting a career high.

Flyers: At the Tampa Bay Lightning on Thursday.