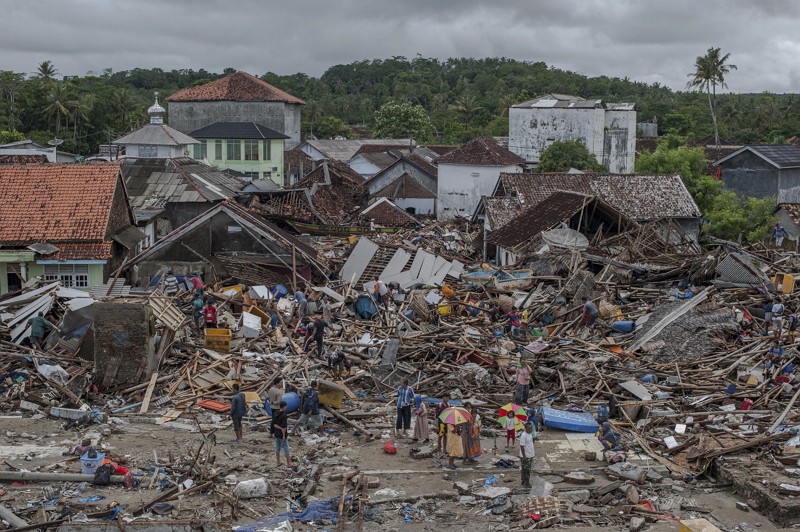 Six Taiwanese citizens who were stranded in Indonesia in the wake of a volcanic eruption and deadly tsunami on the weekend have been confirmed safe, the Ministry of Foreign Affairs (MOFA) said Sunday.

At least 222 people have been killed and 843 injured in a tsunami that hit coastal towns in Indonesia along the Sunda Strait, according to government officials there.

The tsunami was triggered Saturday night by underwater landslides caused by the eruption of the Krakatoa volcano in the Sunda Strait, which lies between the islands of Java and Sumatra, according to international media.

A family of six Taiwanese who fled the tsunami was stranded in a mountainous area of Indonesia and some of them sustained minor injuries but they are all safe, MOFA said in a statement.

Wu Tzu-ping (吳子萍) and her family were in Tanjung Lesung in Lampung Province when the tsunami struck, MOFA said, adding that an Indonesian charity helped them get to a hospital in Jakarta where their injuries were treated late Sunday.

Meanwhile, Taiwan's military said it is standing by to deploy four C-130 transport planes to Indonesia to help with the disaster relief work, pending MOFA's approval after discussions with its Indonesian counterpart.