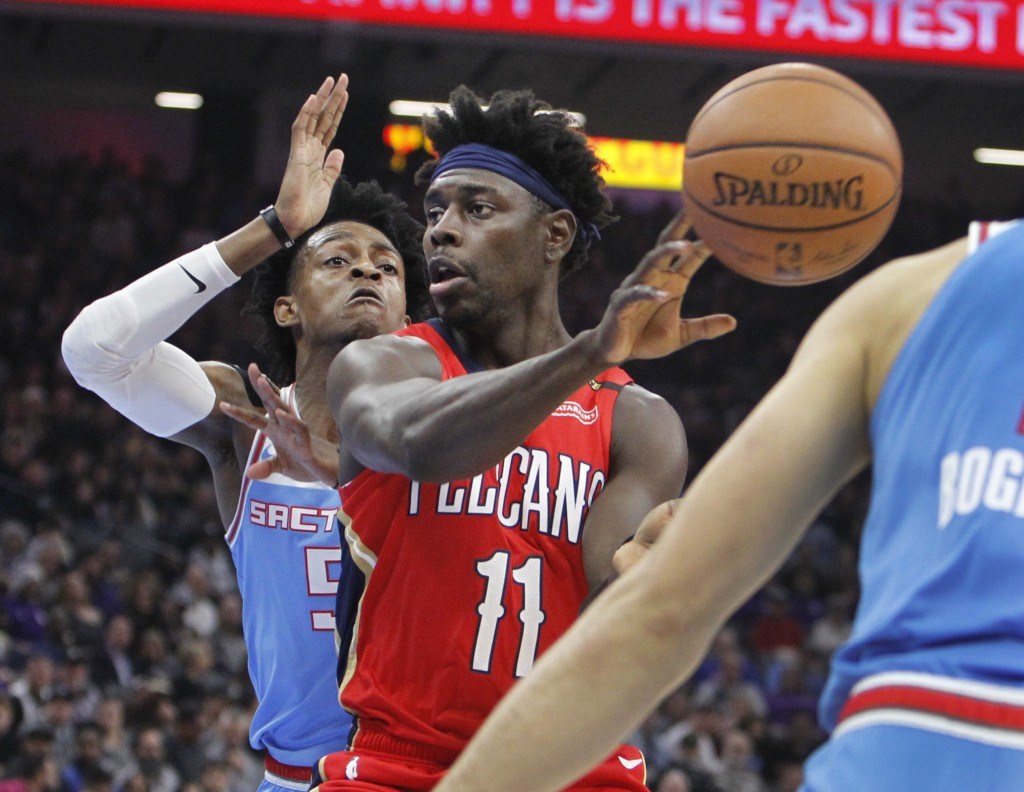 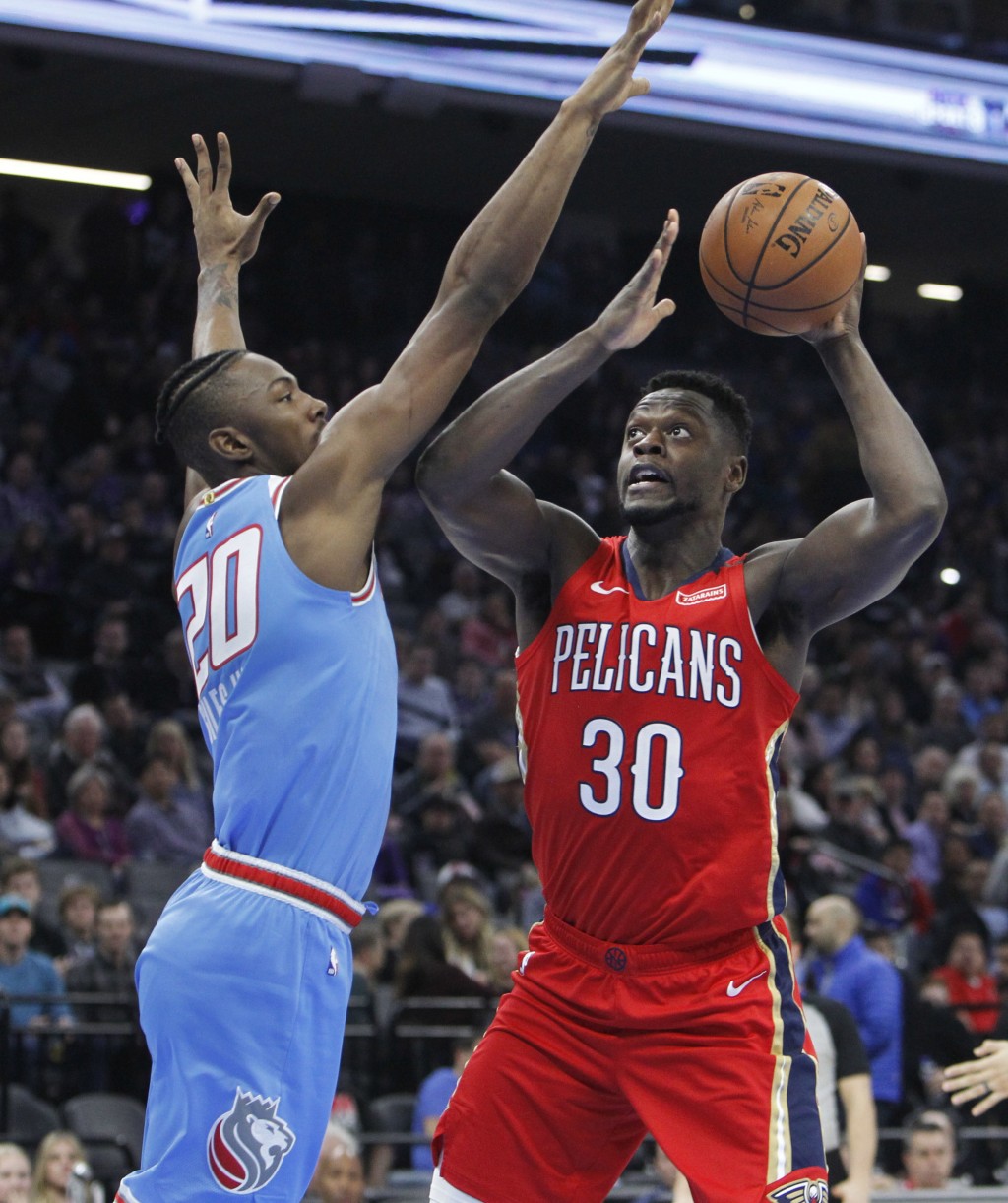 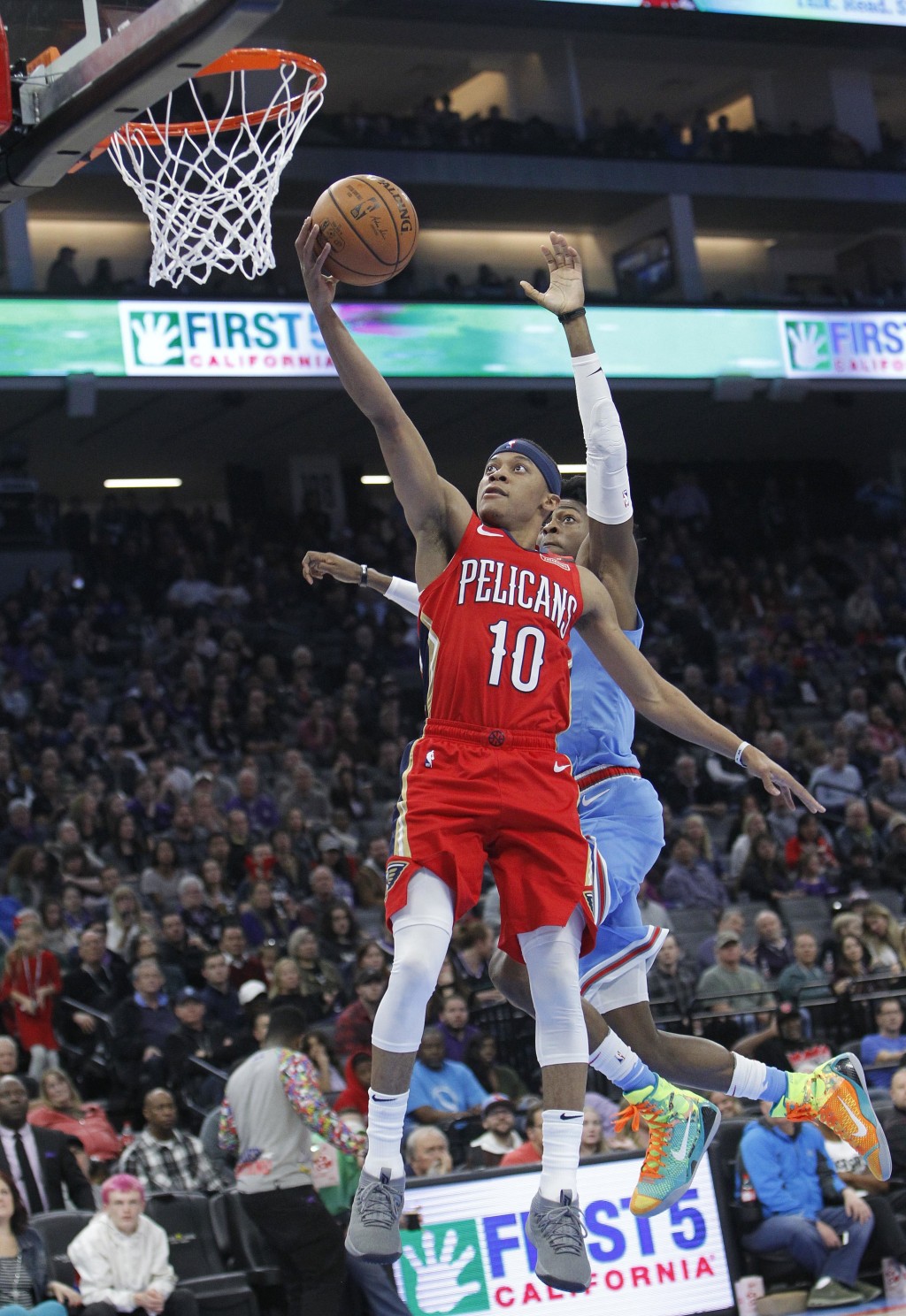 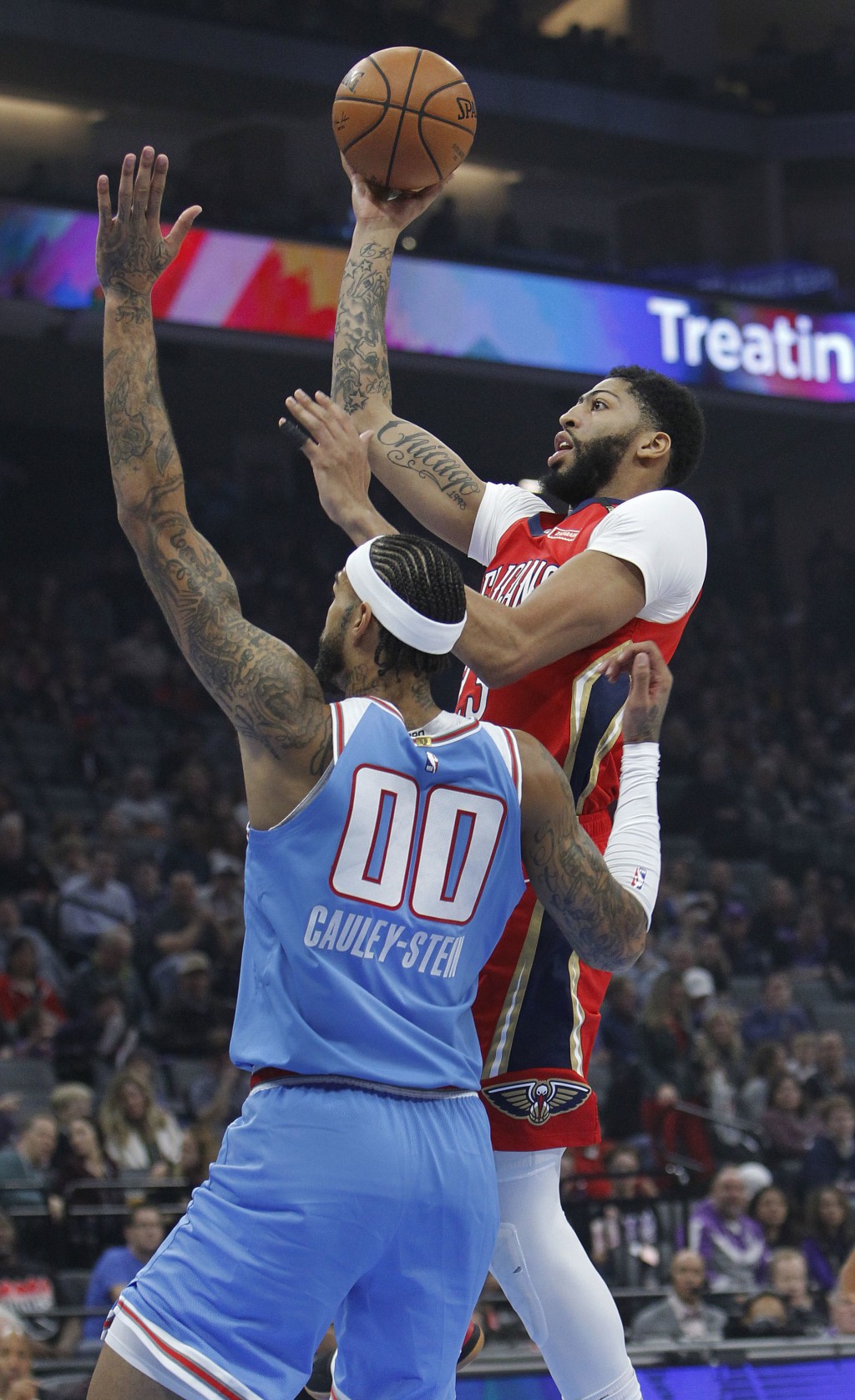 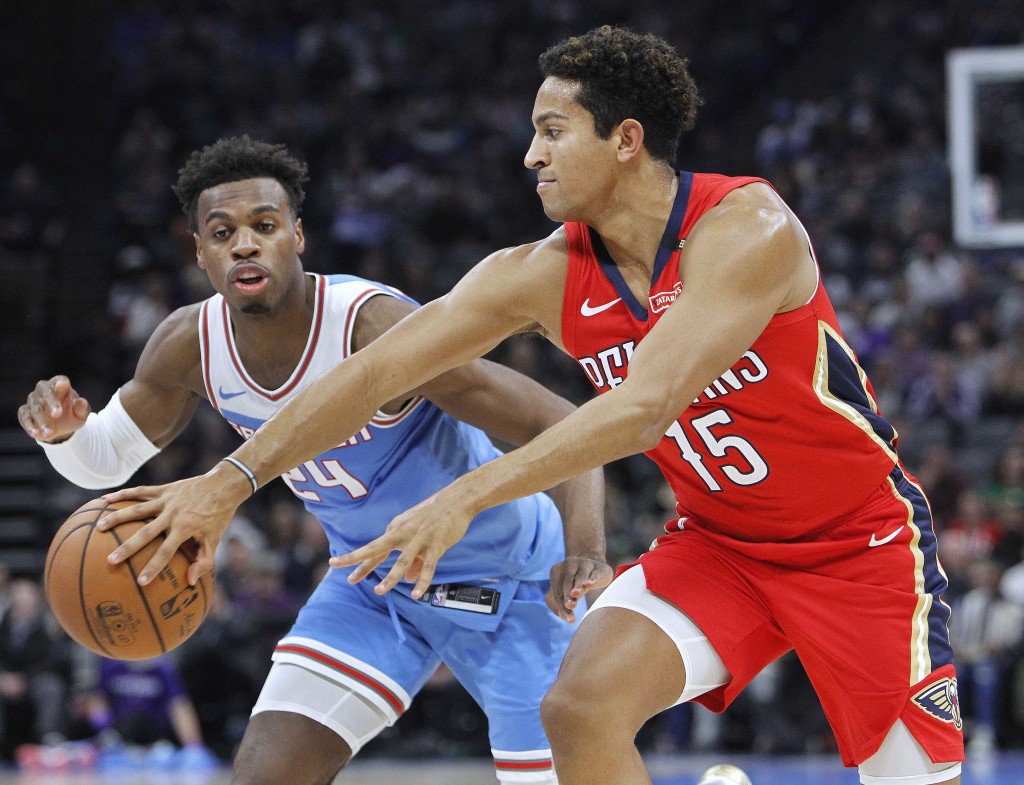 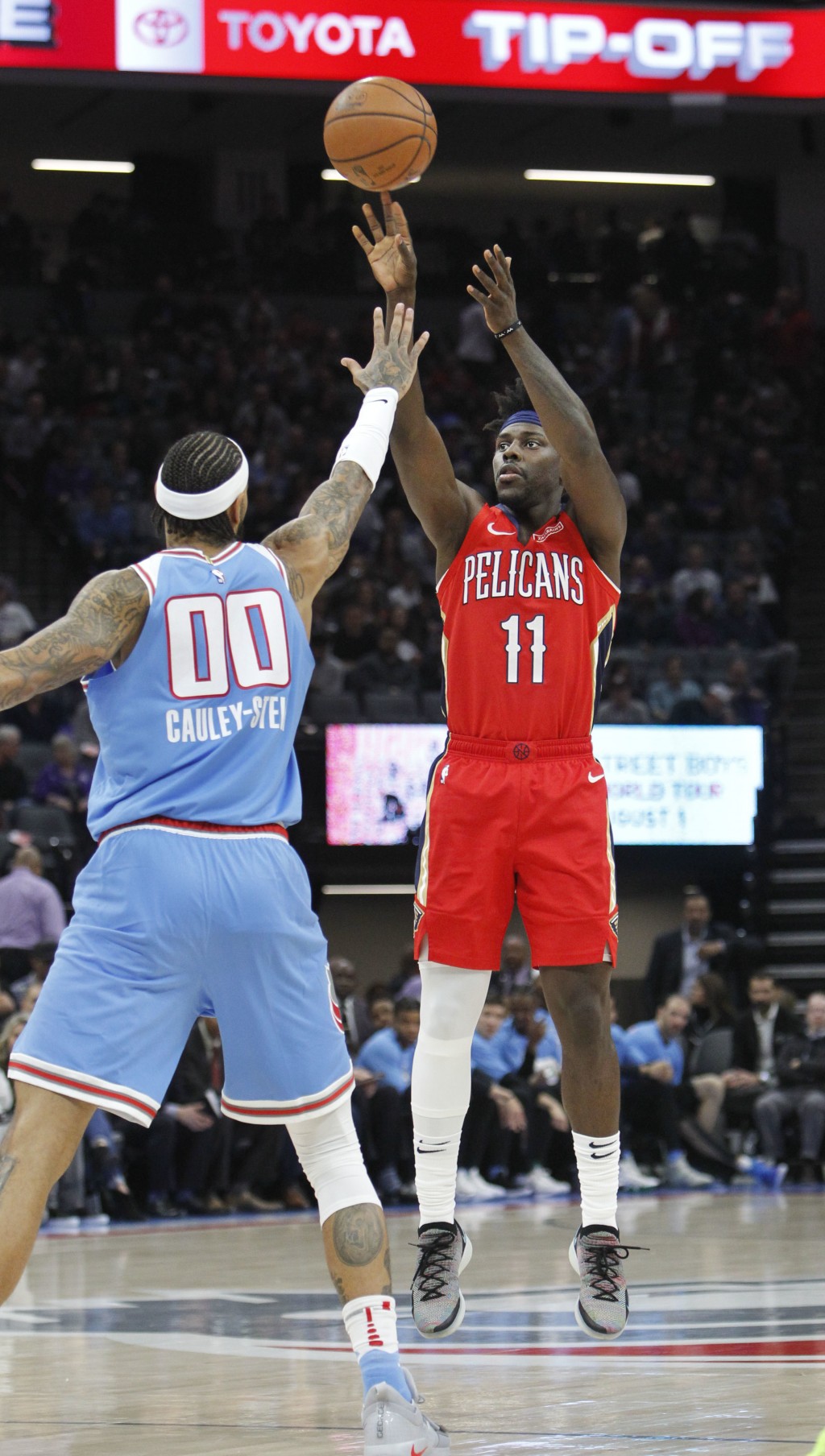 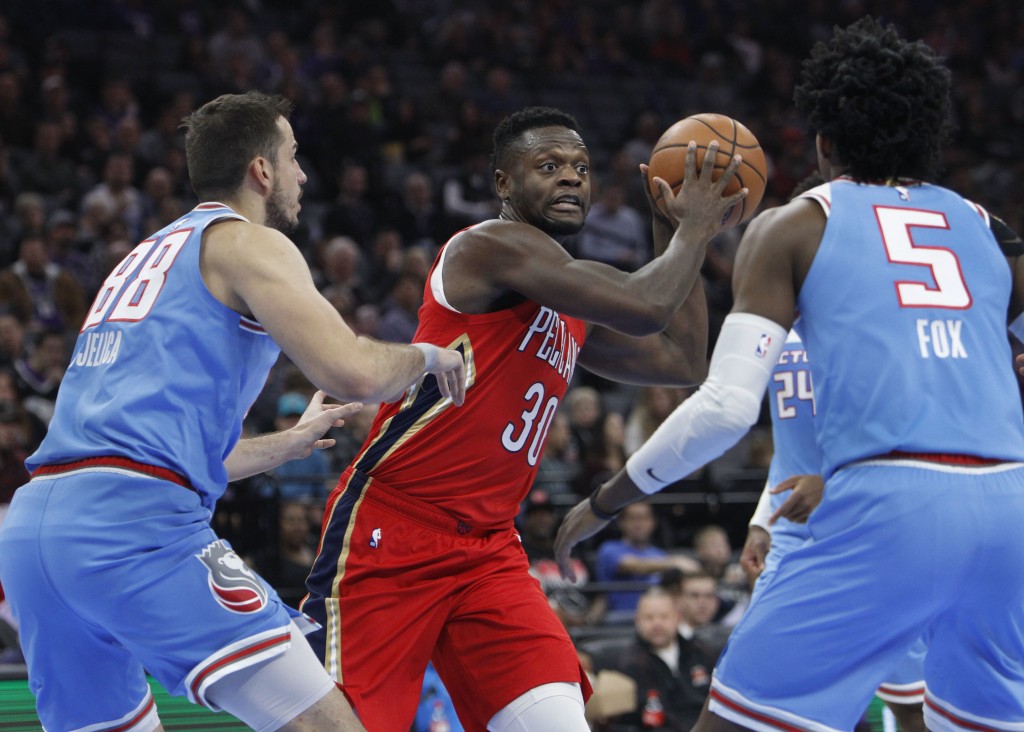 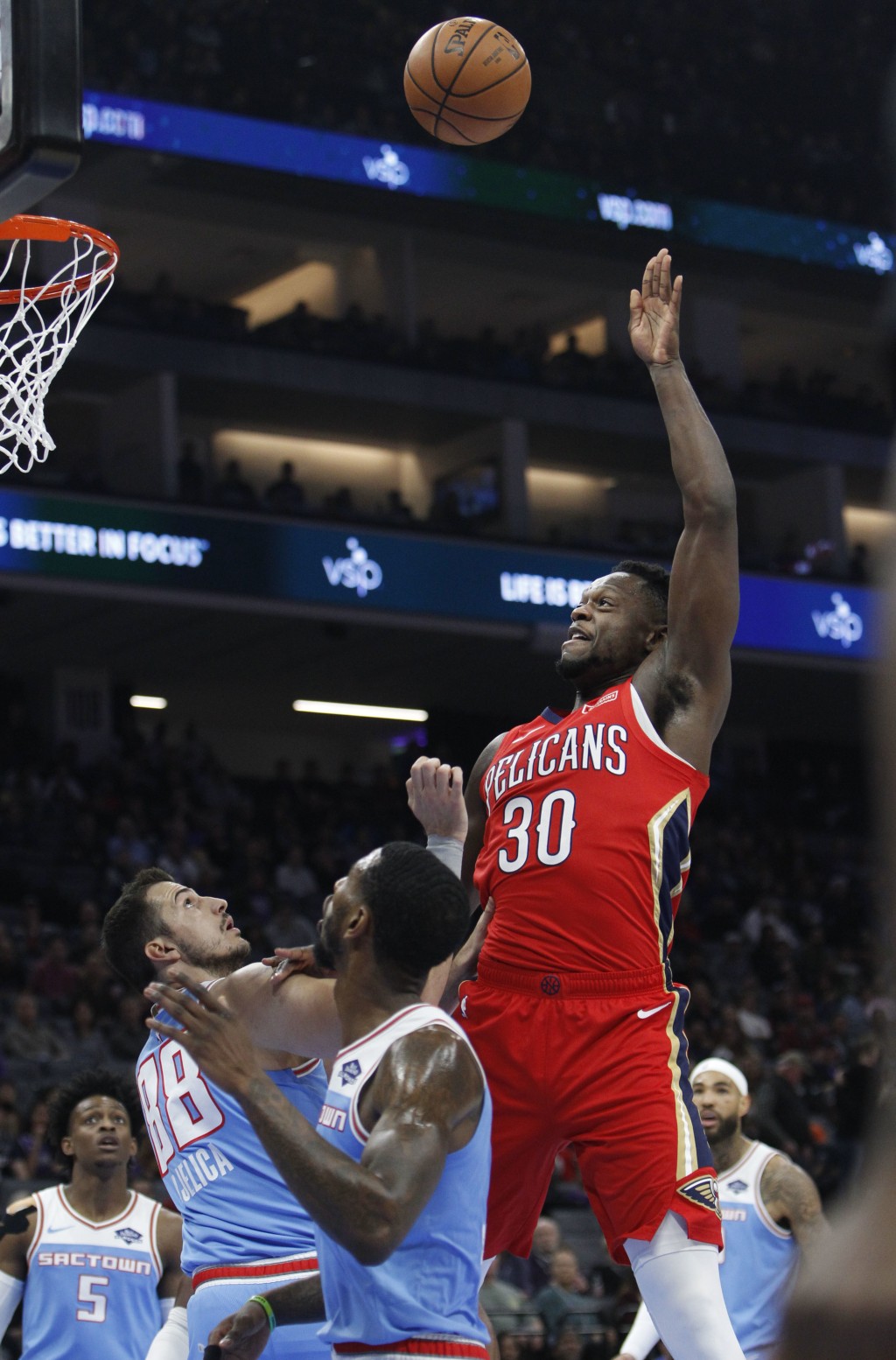 SACRAMENTO, Calif. (AP) — Willie Cauley-Stein had 22 points and a career-high 17 rebounds, Buddy Hield scored 28 points and the Sacramento Kings overcame an 11-point deficit in the fourth quarter to beat the reeling New Orleans Pelicans 122-117 on Sunday.

Anthony Davis had 26 points and 17 rebounds for the Pelicans. Jrue Holiday added 27 points, six assists and seven rebounds. New Orleans has lost four straight and 12 of 17.

Sacramento pushed its lead to 121-114 before Davis made a 3. After Fox made one of two free throws, Julius Randle scored and appeared to get fouled but the play was overturned on replay.

The Pelicans, who scored a franchise-record 149 points against the Kings when the teams met in the second game of the season in October, got off to another fast start. New Orleans led 32-13 in the first quarter, then withstood a surge by Sacramento in the second to go up 69-58 at halftime.

Pelicans: New Orleans scored 66 points in the paint. ... Davis had eight points in the first quarter, going 6-for-6 on free throws. ... Nikola Mirotic missed his fifth consecutive game because of a sore right ankle.

Kings: Marvin Bagley (bruised left knee) sat out his fifth straight. The Kings made five 3s in the fourth quarter

Pelicans: At Dallas on Wednesday night.