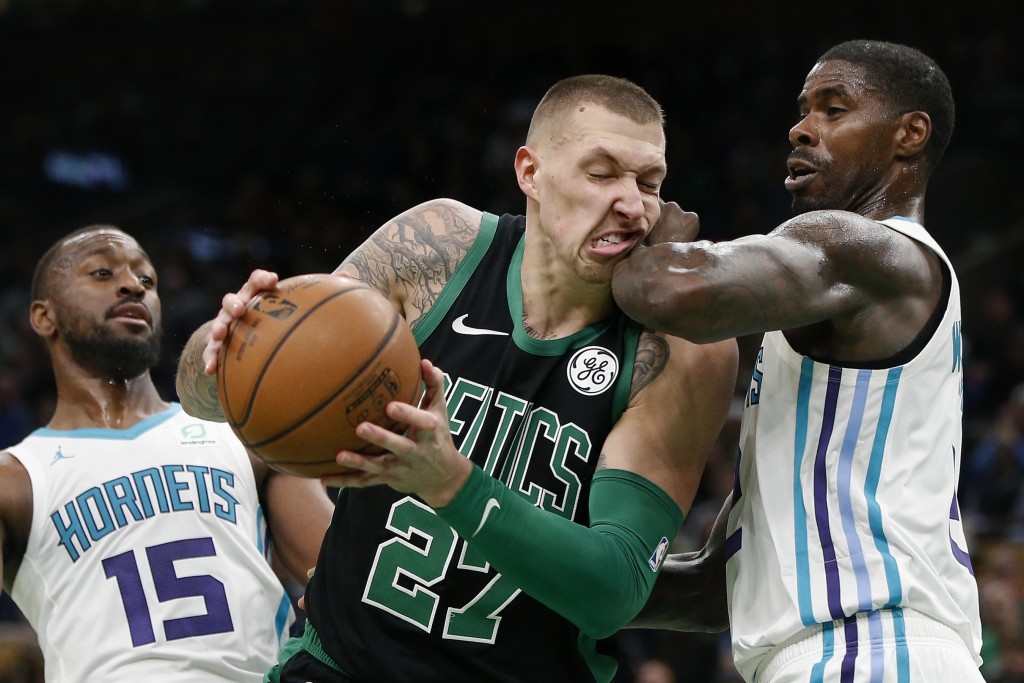 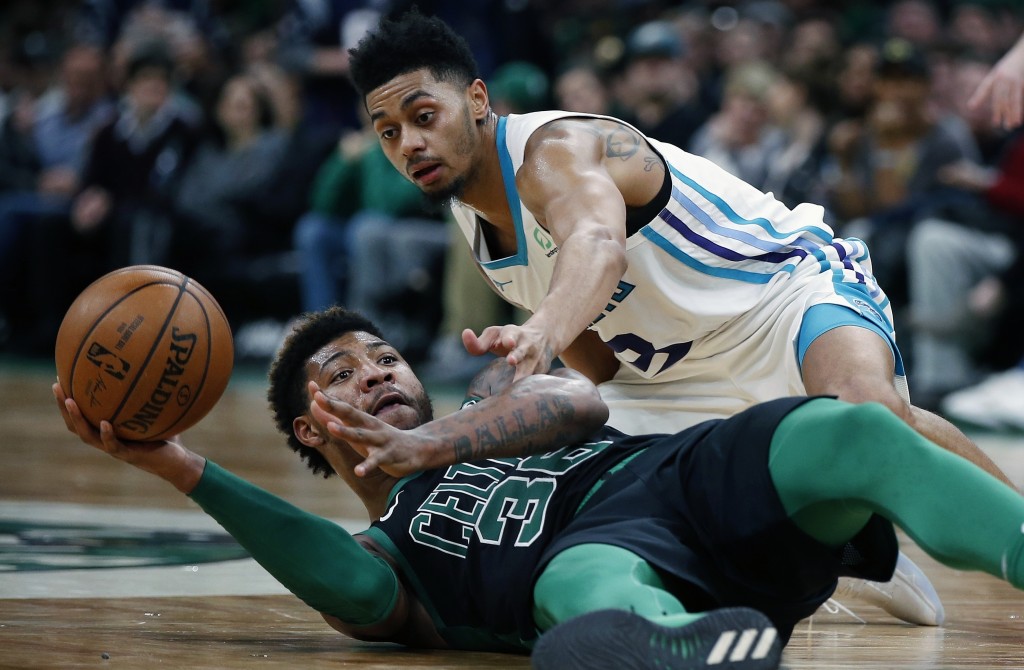 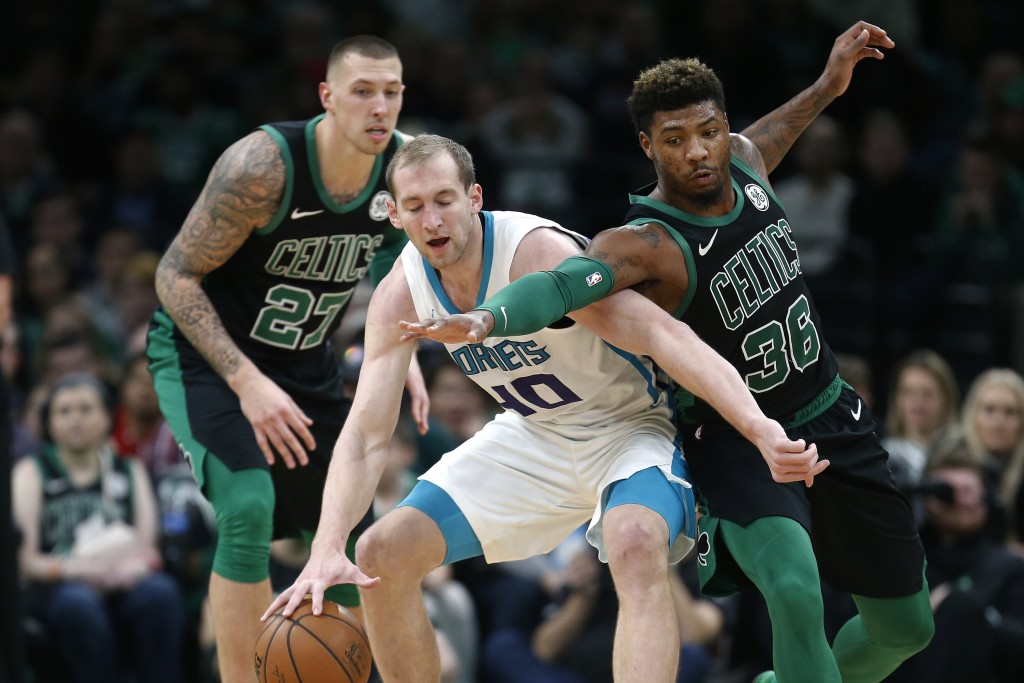 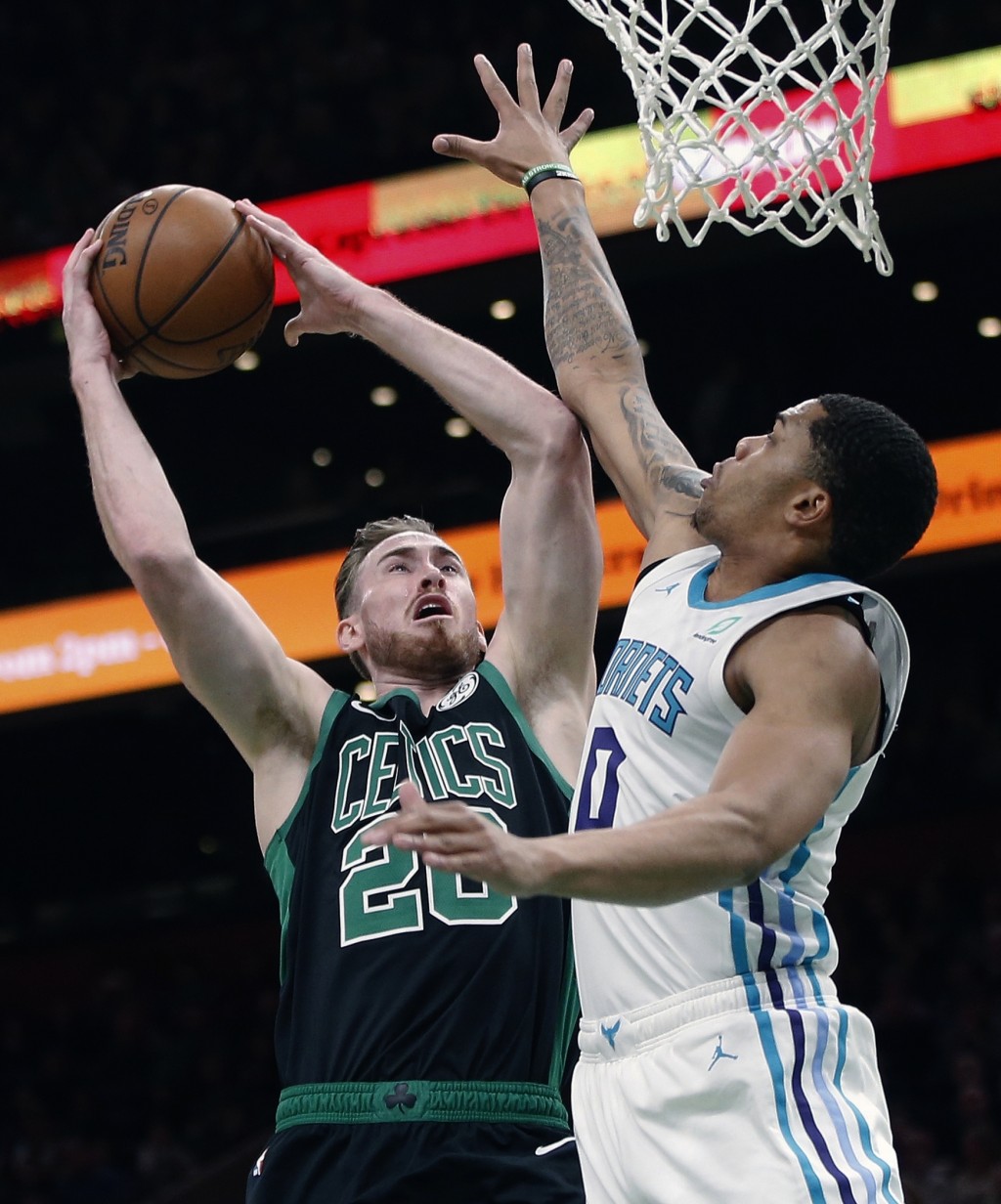 BOSTON (AP) — Kyrie Irving scored 25 points, Jayson Tatum had 17 and the Boston Celtics ended a three-game skid with a 119-103 win over the Charlotte Hornets on Sunday night.

Al Horford returned for Boston after missing seven games with a sore left knee and had 10 points and six rebounds in 19 minutes. Marcus Morris had 12 points and eight rebounds, and Daniel Theis scored 10 points.

Boston was coming off a 120-107 loss at home to Milwaukee on Friday, which prompted a closed-door meeting in the locker room. The Celtics came out Sunday looking much more like the team that had won eight straight before the skid.

The Celtics never trailed, shot 50 percent and outrebounded the Hornets 47-37.

Kemba Walker led Charlotte with 21 points. Jeremy Lamb was the only other starter for the Hornets to score in double figures with 14 points. Willy Hernangomez added 19 points and 10 rebounds off the bench.

After a tight first quarter, the Celtics blew it open in the second, starting with eight straight points during a 14-1 run. Boston made 23 of 44 shots in the second quarter and took a 68-47 lead into halftime.

The third quarter was more of the same, with Boston opening on a 12-4 run and taking an 80-53 lead when Irving drove for a layup while drawing a foul with 6:57 left in the period.

The reserves took over in the fourth quarter and all but one Boston player finished with at least three points. Brad Wanamaker was the only member of the Celtics without a point, missing his only two shots in 7:10 of the fourth quarter.

Hornets: Walker scored 18 of Charlotte's 47 points in the first half. ... Malik Monk had 13 points — all in the fourth quarter.

Celtics: Irving led all scorers with 23 points at halftime, making 8 of 10 shots, including four 3-pointers. ... Morris scored 10 points in the second quarter. ... Horford made his 900th career block and had five assists. ... Irving had five assists.