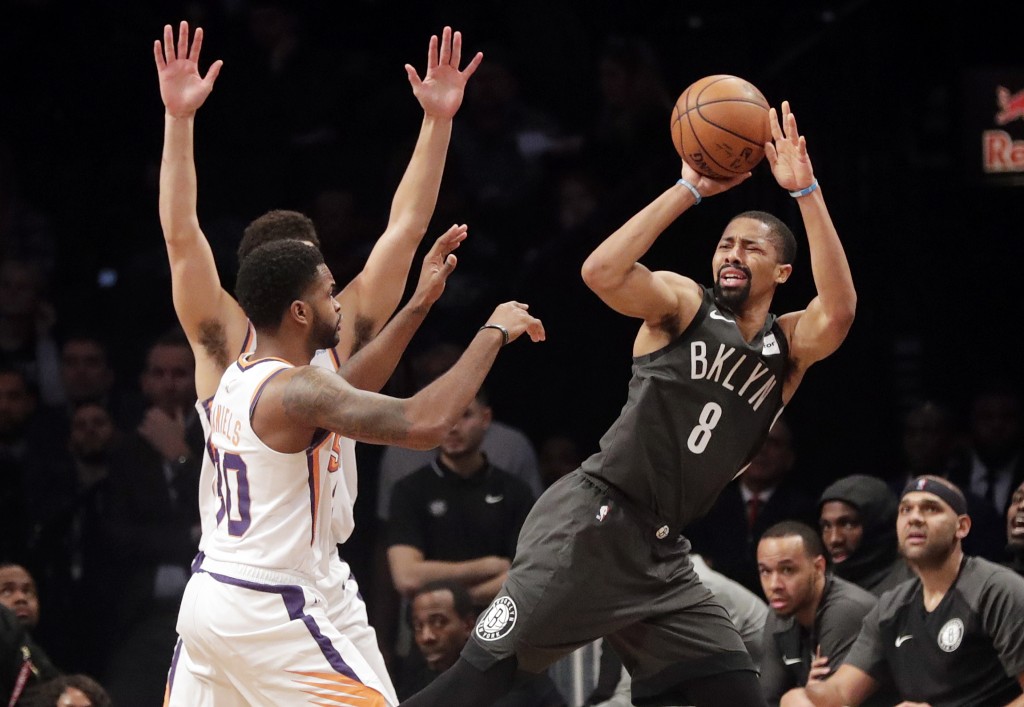 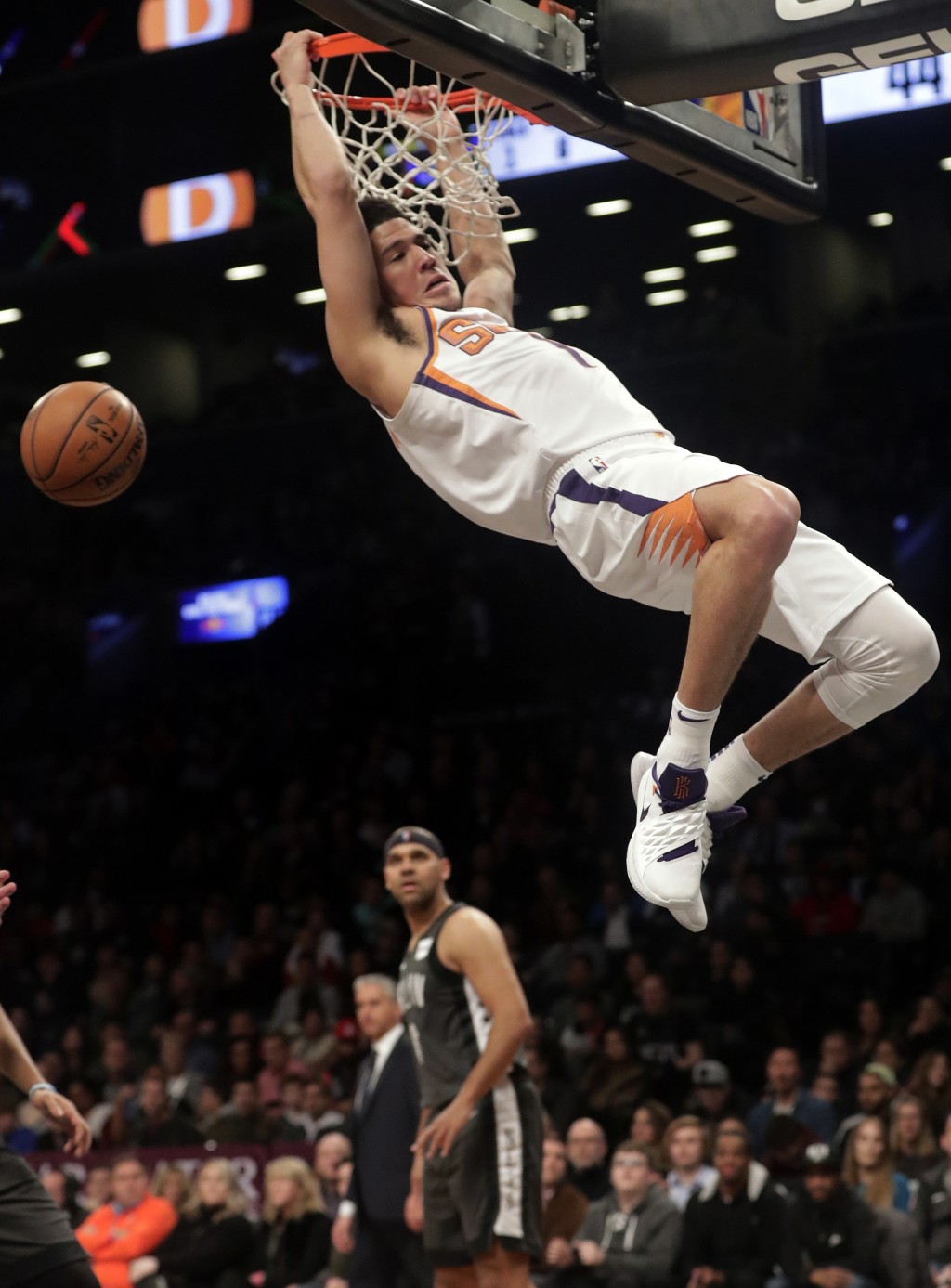 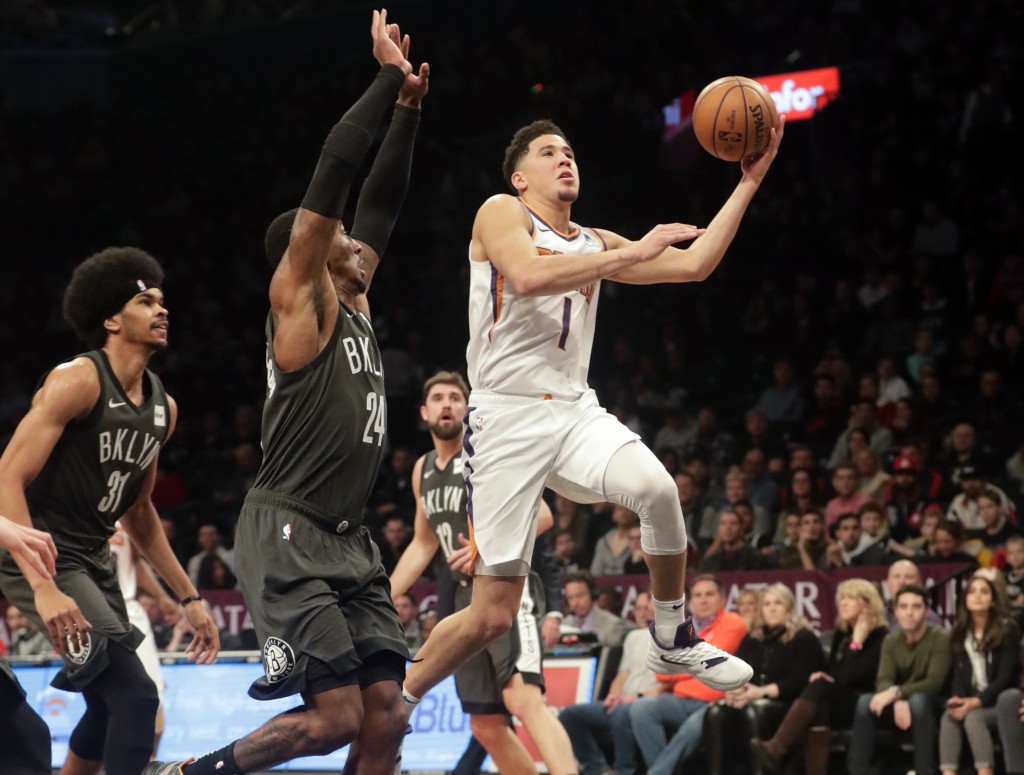 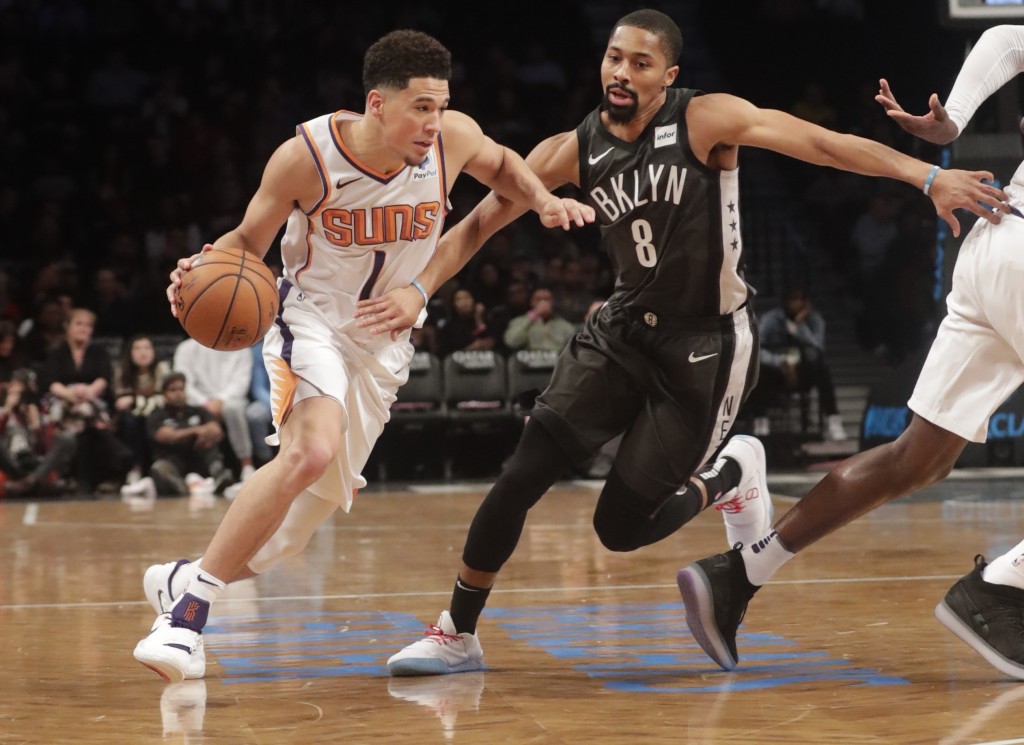 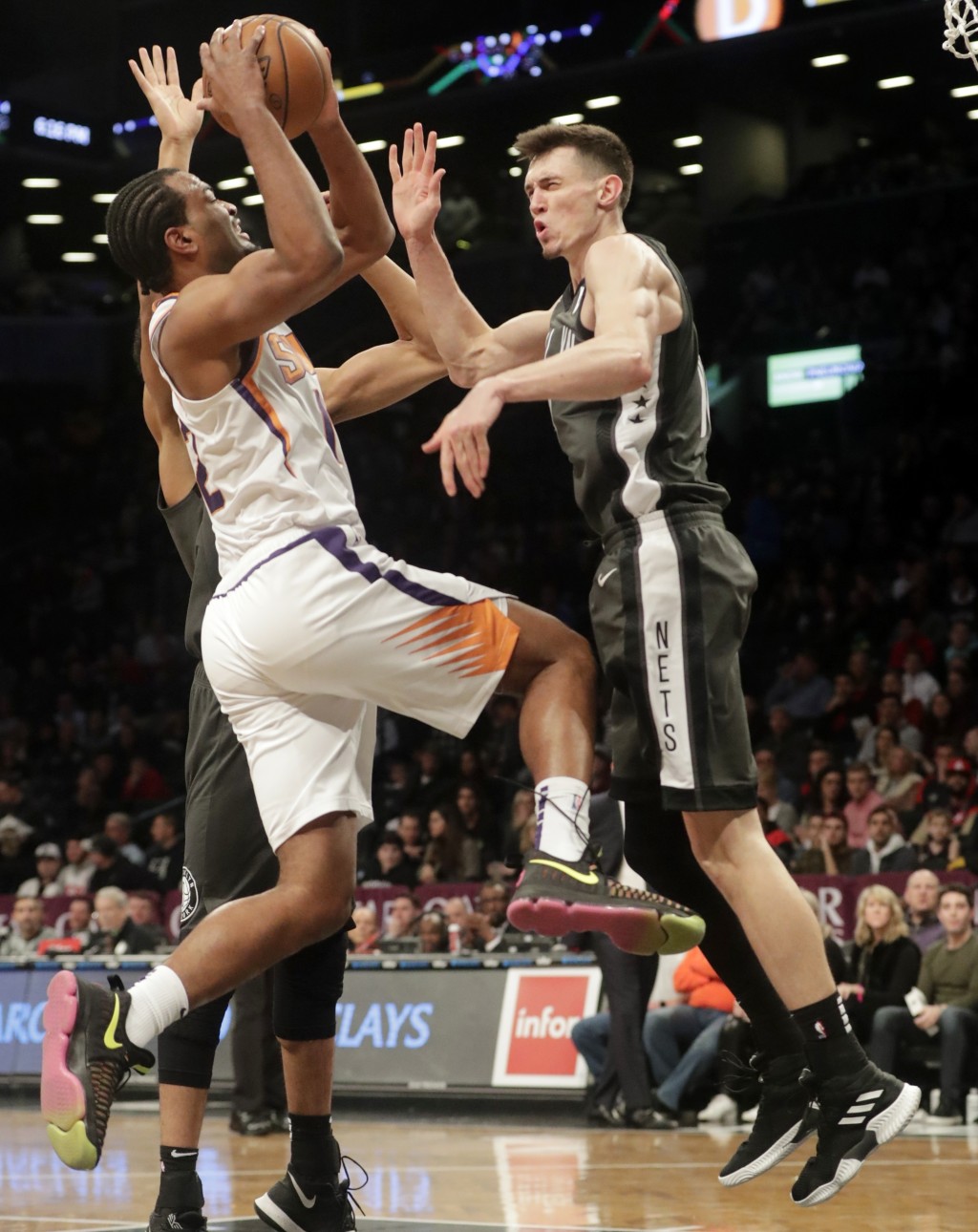 The Suns, with a short turnaround after a 149-146 triple-overtime loss in Washington a night earlier, dropped their second straight after a four-game winning streak.

Rookie Rodions Kurucs from Latvia added 16 points and 10 rebounds for the Nets. They bounced back from a loss to Indiana on Friday to win for the eighth time in nine games.

Rookie Deandre Ayton had 26 points and 18 rebounds for the Suns, shooting 13 of 16 from the field. Devin Booker had 25 points and nine assists, but was just 6 for 16 through three quarters while the Suns fell well behind, a night after he played 55 minutes.

The Suns arrived at their New York hotel after 1:30 a.m. and had a short turnaround with the game in Brooklyn tipping at the earlier-than-usual time of 6 p.m. They had a brunch meeting Sunday but coach Igor Kokoskov said they didn't talk much basketball, feeling the players weren't ready to think about that and would save it all for a pregame discussion.

But he said even the players who said they were tired and sore wanted to play. They were a step slow in the first quarter, giving up 38 points, but steadied themselves in the second and trailed 63-56 at halftime.

But it wasn't close much longer, thanks to Brooklyn making five 3-pointers in the third quarter while Phoenix went 0 for 5.

Ayton's basket had cut it to two with 8:26 left in the period before Joe Harris and Russell made consecutive 3-pointers, Kurucs made the next two baskets and Jared Dudley made another 3 to cap a 13-0 spurt and give the Nets a 79-64 lead. Russell hit another 3 for the final points of the period, making it 91-74.

Phoenix made it look closer by intentionally fouling Ed Davis, who finished with 15 points and nine rebounds but was just 1 for 7 from the line.

Suns: Phoenix fell to 2-2 on its season-high, five-game trip that ends Wednesday in Orlando. ... T.J. Warren was just 2 for 11 for four points.

NO SLEEP IN BROOKLYN

Kokoskov downplayed the impact the Suns' late bedtime would have.

"Well, I've been up for the wrong reasons so many times," he joked.

As for the players?

"No, it doesn't affect," the native of Serbia said. "It's a new generation, they're good. They play video stations all night long."

Atkinson said he preferred to move forward rather than say much about the $25,000 fine he was given by the NBA on Saturday for verbally abusing game officials and failing to leave the court in a timely manner following his ejection late in Friday's game. He had he had spoken with Kiki VanDeWeghe, the NBA's executive vice president of basketball operations, and understood the explanation.

"The referees, and I really mean this, I think they do a fantastic job and that's throughout the league," Atkinson said. "And I think I make mistakes, they make mistakes, and my focus needs to be on our players and making the adjustments that's going to help us pull out a game."