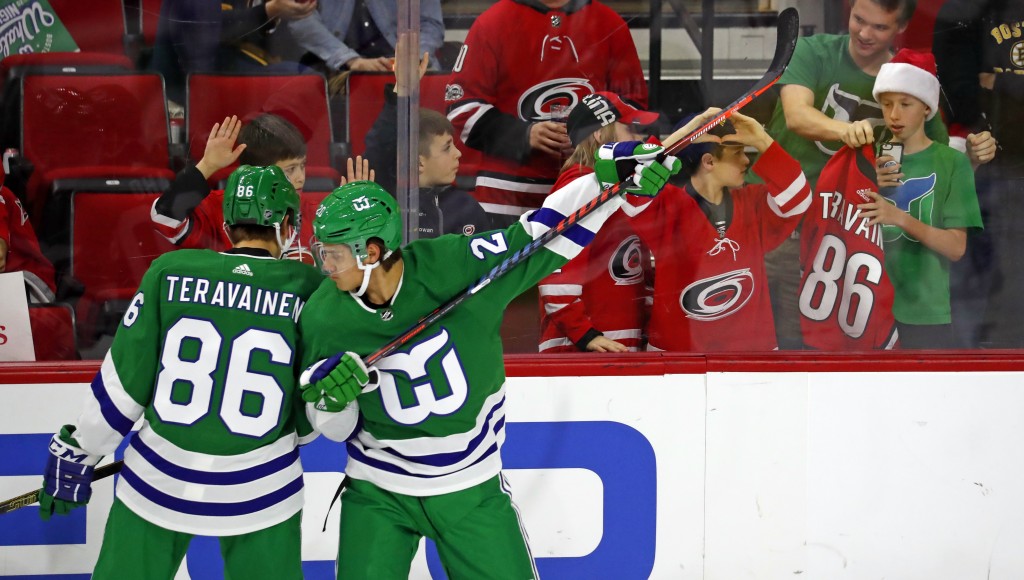 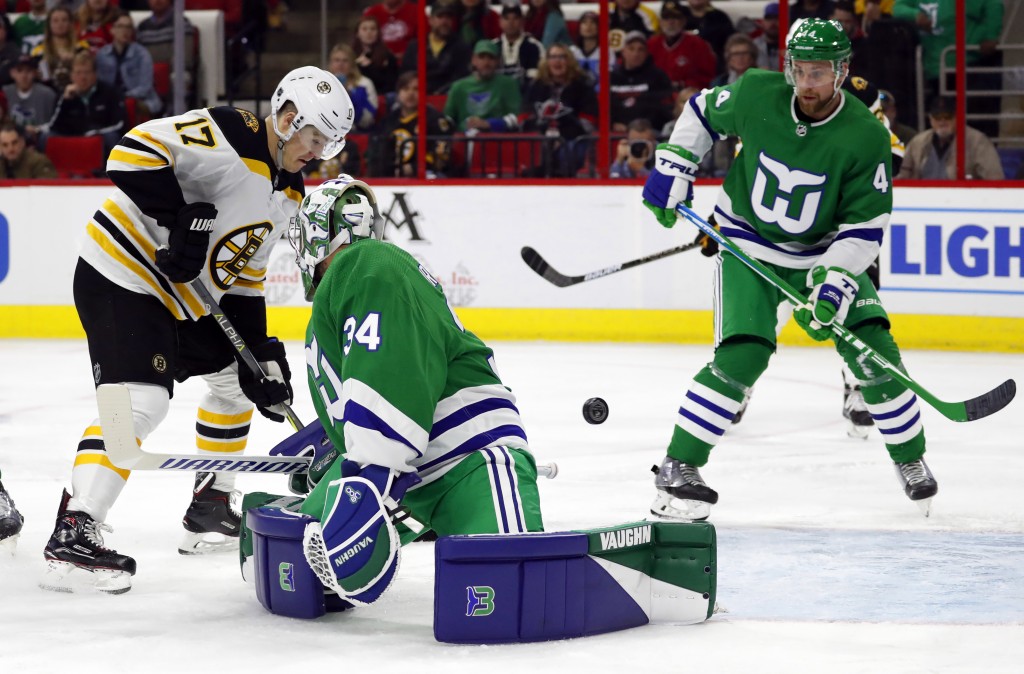 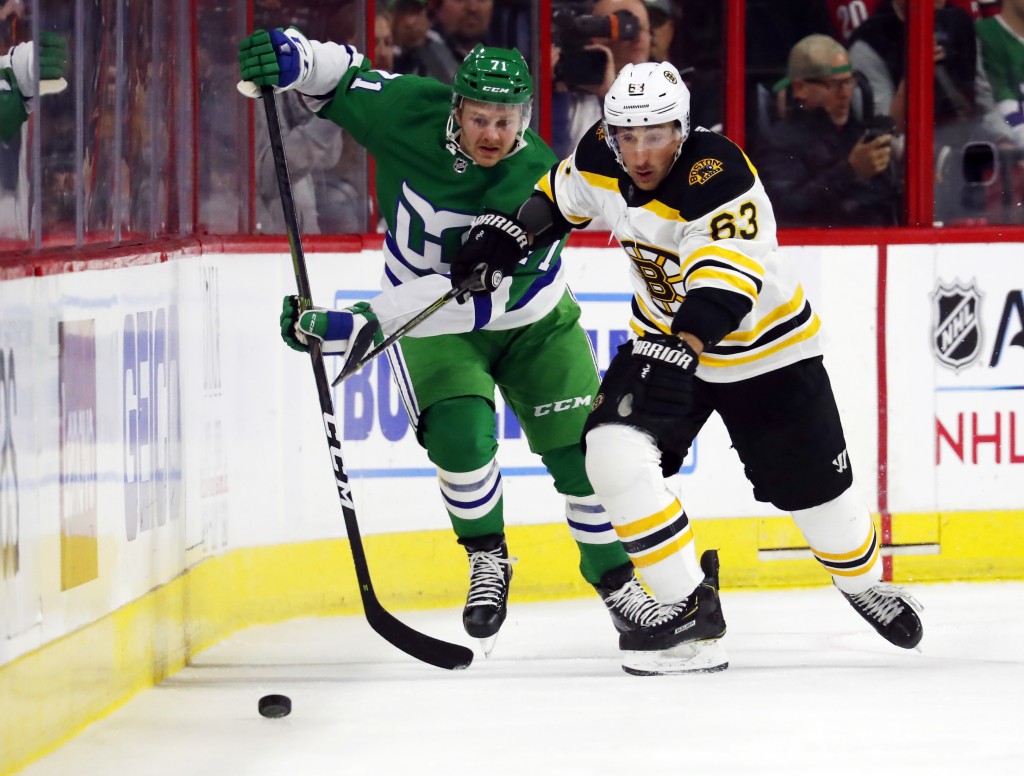 RALEIGH, N.C. (AP) — Sebastian Aho and Teuvo Teravainen each had two goals and two assists and the Carolina Hurricanes beat the Boston Bruins 5-3 on Sunday while wearing Hartford Whalers uniforms for the first time since moving 21 years ago.

Aho had his fourth career four-point night — and his second in five games — while it was the third for Teravainen. The Hurricanes scored four straight goals — three in the second period — to erase an early 2-0 deficit and snap a two-game losing streak that had left them two points out of last place.

Justin Faulk also scored for Carolina, which scored two short-handed goals for the first time since 2013.

Ryan Donato had two goals, Steven Kampfer also scored and Brad Marchand had two assists for the Bruins, who had won three straight and six of eight.

Tuukka Rask made 32 saves for Boston, which pulled to 4-3 on Donato's blast with 3:55 left in the second period. But the Bruins goalie made a critical miscue in the third, turning the puck over near the left post, and that led to Teravainen's short-handed goal that put Carolina back up by two with 12:40 remaining.

Petr Mrazek stopped 27 shots for the Hurricanes, who broke out the throwbacks to celebrate their Hartford Whalers heritage, donning jerseys with the whale-tail logo for the first time since they moved to North Carolina in 1997 and left plenty of hurt feelings back in Connecticut.

While former owner Peter Karmanos Jr. preferred to leave the Whalers in the past, his successor, Tom Dundon, has fully embraced the organization's old identity — stating his desire for a turn-back-the-clock game within weeks of buying the team in January.

And when Teravainen cut the Hurricanes' deficit to 2-1 with 7:05 left in the first, they piped "Brass Bonanza" over the PNC Arena speakers.

That catchy tune blared again three times in the second, twice courtesy of Aho — a 21-year-old born three months after the Whalers' final game. He tied it with a short-handed goal 89 seconds into the second, then scored the go-ahead goal with a kneeling-down shot from the slot at 7:11.

NOTES: Carolina C Jordan Staal was scratched with an upper body injury. ... A slightly less-intense version of one of those storied Bruins-Whalers fights took place early between Boston D Brandon Carlo and Hurricanes RW Andrei Svechnikov — who was born 3 years after the Whalers moved. ... Carolina will bring its Whalers throwbacks to New England for its game at Boston on March 5.