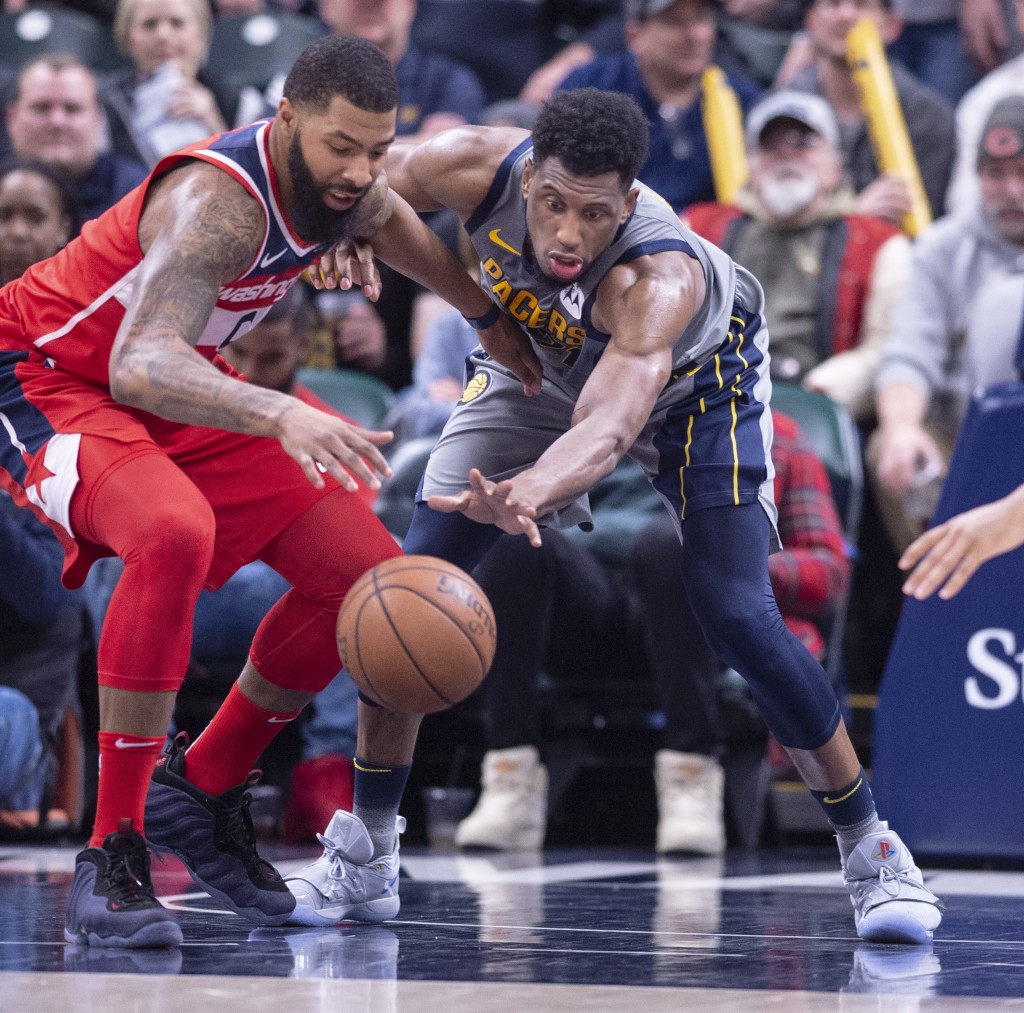 INDIANAPOLIS (AP) — Myles Turner had 18 points and 17 rebounds and the Indiana Pacers beat the sluggish Washington Wizards 105-89 on Sunday.

The Wizards were coming off a triple-overtime victory over Phoenix in Washington the previous night. They shot a season-low 36.8 percent.

Domantas Sabonis had 15 points and 10 rebounds for Washington, and Bojan Bogdanovic scored 13 of his 14 points in the first half. Markieff Morris led the Wizards with 16 points.

DETROIT (AP) — Alex Len had 15 points and a season-high 17 rebounds, Vince Carter had a season-best 18 points, and Atlanta held off Detroit for its third straight victory.

Langston Galloway led Detroit with 18 points, and Andre Drummond had 13 points and 15 rebounds. The Pistons have lost nine of 11.