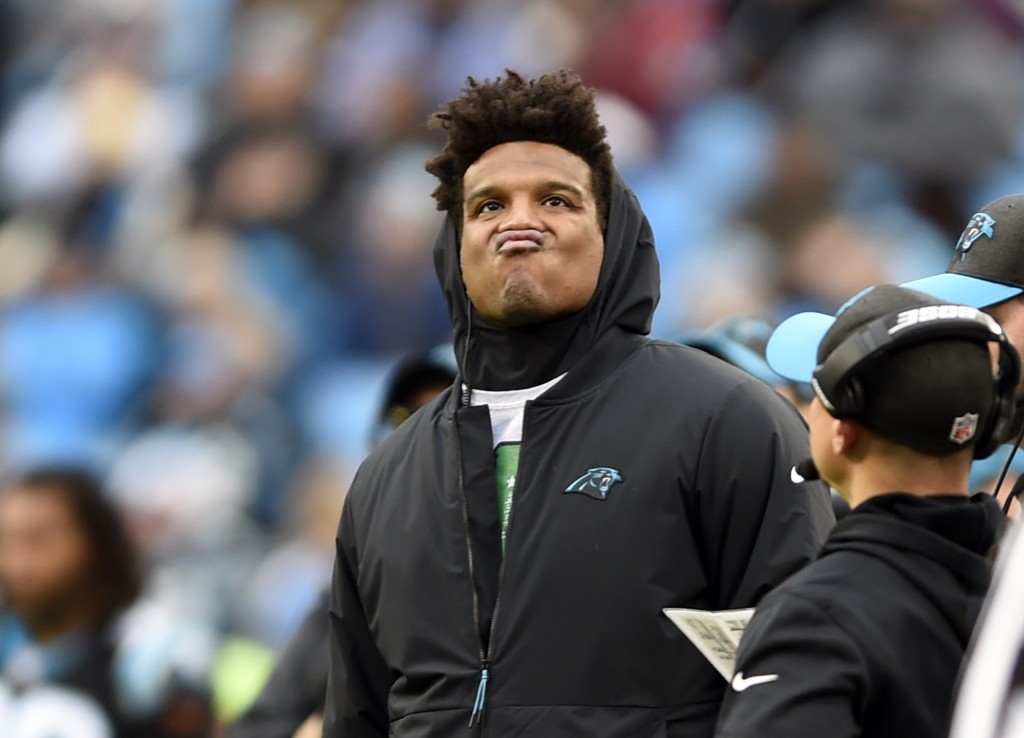 CHARLOTTE, N.C. (AP) — Now that the Panthers have lost seven straight games and have been officially eliminated from playoff contention, the biggest question remaining is who'll be around next season.

Carolina (6-9) is expected to undergo some major changes after a season in which it started 6-2 but then appeared to grow old almost overnight.

Speculation has swarmed about the future of two-time Coach of the Year Ron Rivera, who said Sunday he had no idea where an NFL Network report came from earlier in the day saying he would be back next season. He said that information hasn't been communicated to him by owner David Tepper.

"I won't talk for the owner," Rivera said after Carolina's 24-10 loss to Atlanta . "You can't ask me questions that I don't know those answers to. I don't know where (they) get that. I can't talk about whether or not he has or hasn't (decided). The big thing we all have to understand more than anything else is that it is his decision and Mr. Tepper's been great about everything."

Tepper did not answer an interview request made through the team's public relations department on Sunday.

The roster will certainly change.

Five-time Pro Bowl center Ryan Kalil, whom running back Christian McCaffrey described as the "heart and soul of the team," has already said he's retiring after the season.

Defensive end Julius Peppers is 38 years old and linebacker Thomas Davis is 33, and the production of both defensive leaders has fallen off this season. Peppers said after the game he wasn't emotional at all, saying he hasn't decided on what his future holds.

"We will get into that when it's time," said Peppers, who has four sacks this season, the second-fewest of his 17-year career. "We still have a game left to play. I'll save that answer for a later date."

Safety Mike Adams is 37 and his numbers dropped off as well after a strong start, and the team could be forced to make a salary-cap move with nickel back Captain Munnerlyn. At defensive tackle, Dontari Poe has been a flop with 17 tackles and one sack, while Kawann Short has underperformed since signing a big contract.

Devin Funchess failed to take advantage of his new role as Carolina's No. 1 receiver, and the offensive line remains unsettled. The Panthers gave left tackle Matt Kalil a $50 million contract two years ago, but missed the entire season with a knee injury.

And then there is the lingering question of whether quarterback Cam Newton can return to full health after two years of struggles with a right shoulder injury. Newton has two years left on his $118 million contract and could need surgery after the season.

The Panthers shut him down last week to give him an early start on rehab and look at some other options at the position.

Taylor Heinicke, a 6-foot-1, 210-pound undrafted player from Old Dominion, showed some heart, but took an absolute pounding from the Falcons in his first start, leaving questions about whether he can hold up at this level. He played most of the second half with his elbow in a brace. He threw three interceptions and the Panthers managed just 10 points.

Rivera said the team has holes to fill on both sides of the ball.

"We will go through an evaluation process obviously, once it is all done," Rivera said. "That will be the biggest thing obviously is we have to take a look at being able to make plays in all three phases of football. That's the truth of it."

Peppers thinks Rivera should remain as coach. He said this year's struggles and the players' lack of execution shouldn't cost Rivera his job.

"He's a players' coach," Peppers said. "Obviously he played the game and he understands the players and everyone loves him. He's a great leader. He doesn't deserve this. We could have done a better job to help him out this year by making plays."