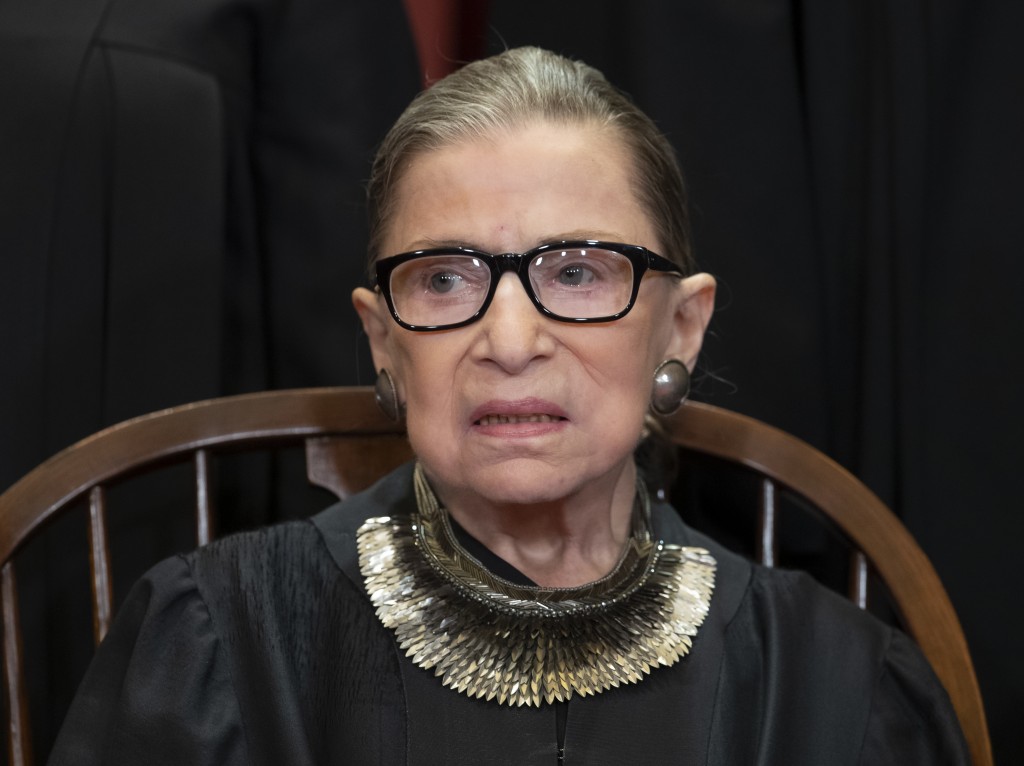 WASHINGTON (AP) — Supreme Court Justice Ruth Bader Ginsburg is up and working as she recuperates from cancer surgery.

A spokeswoman for the court, Kathy Arberg, also says that Ginsburg remained in New York at Memorial Sloan Kettering Cancer Center on Sunday. No information has been released on when Ginsburg might return home.

Ginsburg underwent surgery Friday to remove two malignant growths in her left lung. Doctors say there is no evidence of any remaining disease.

Now 85, the justice has been treated for cancer two other times. Last month she cracked three ribs in a fall at the court.

The court next meets on Jan. 7. Despite her health problems, Ginsburg has never missed arguments.