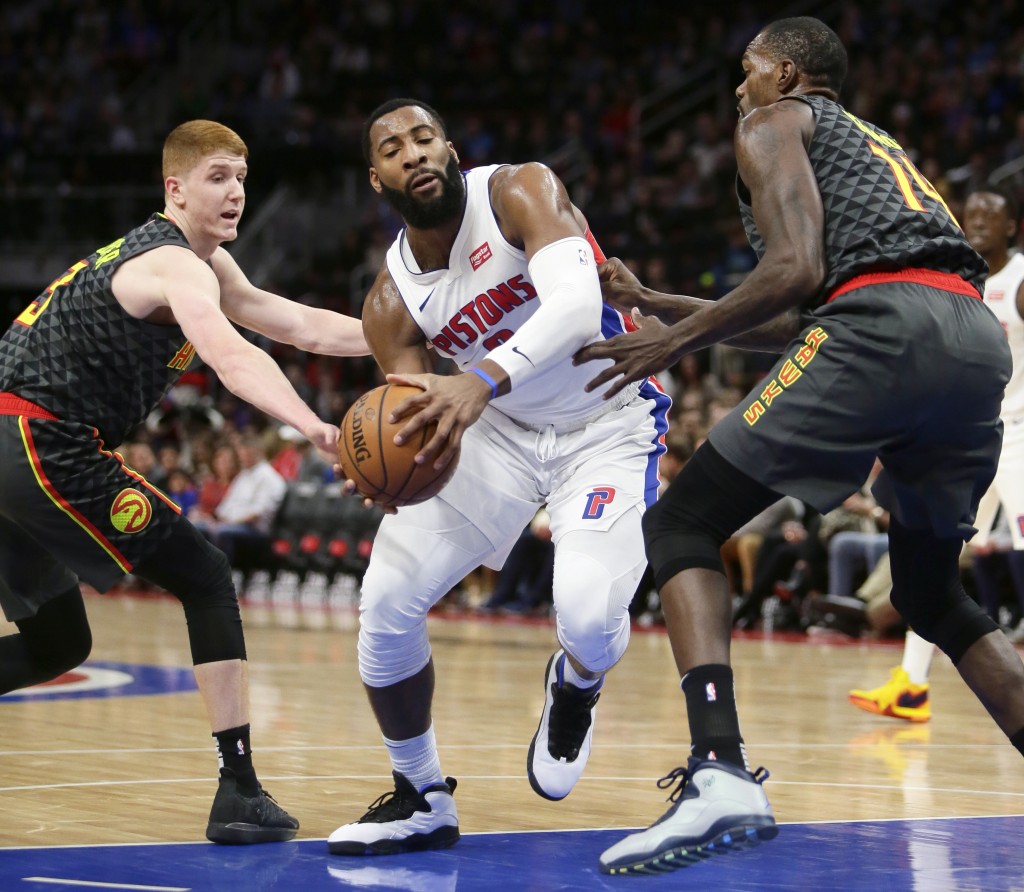 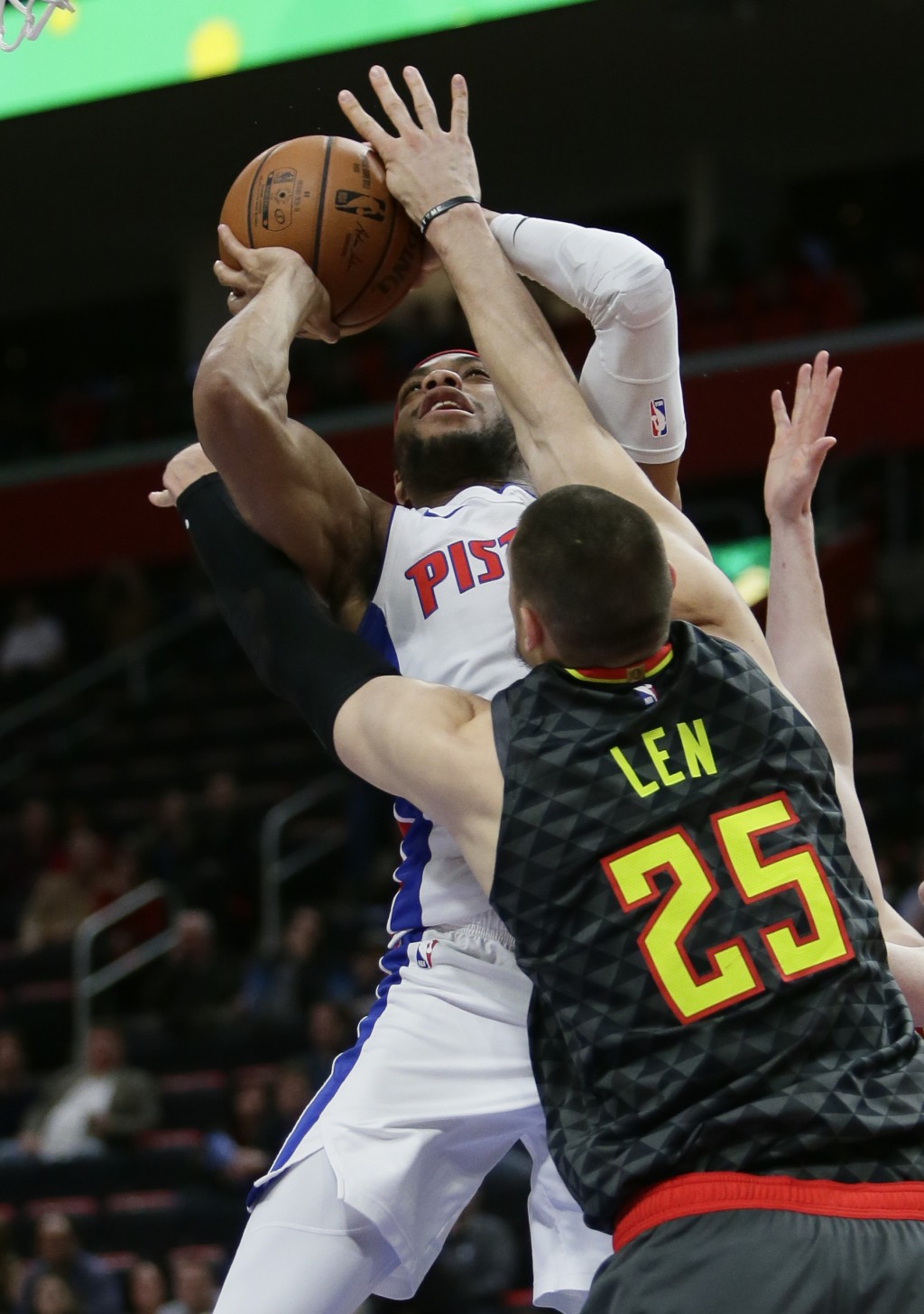 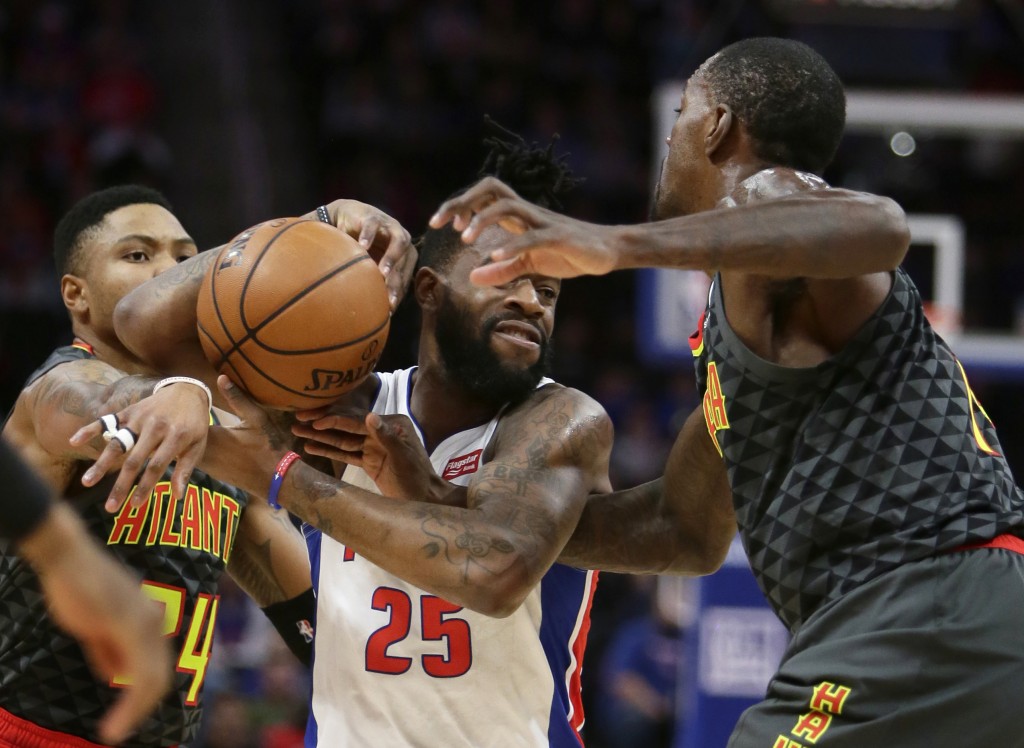 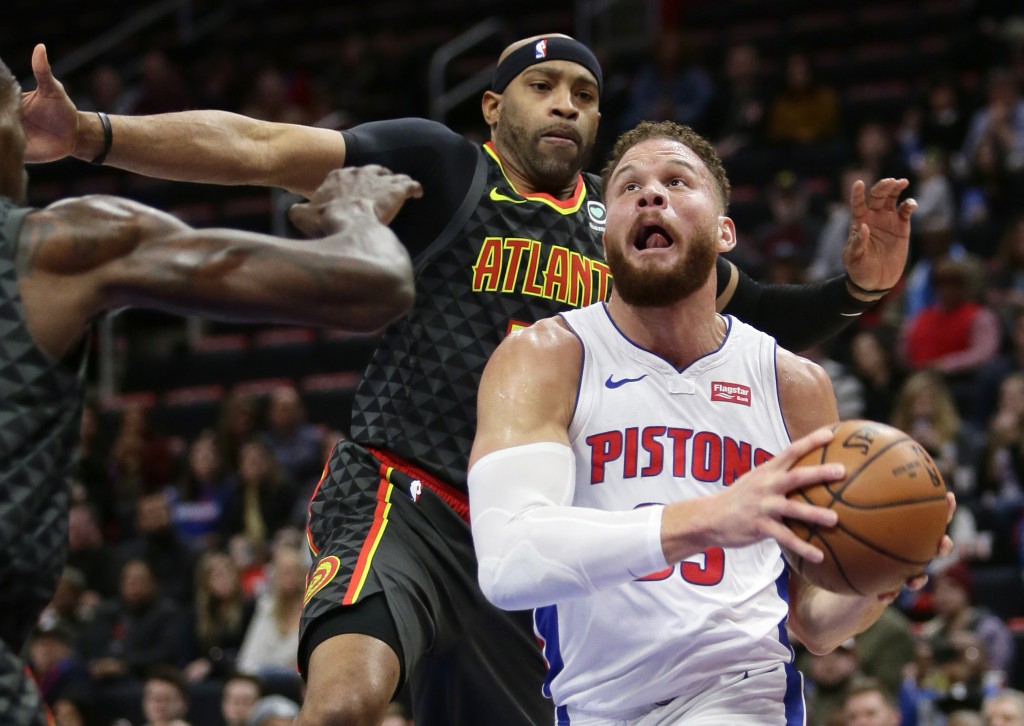 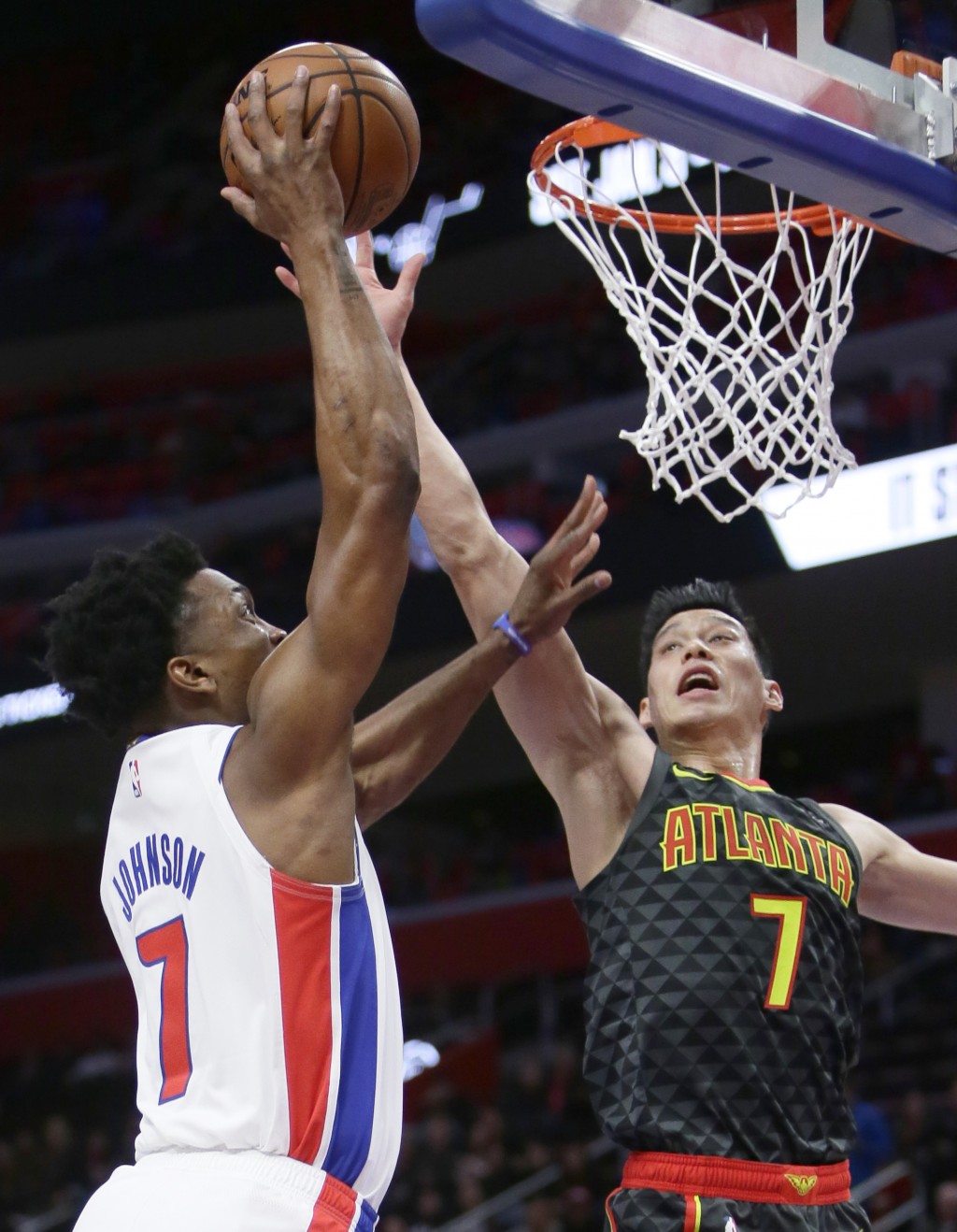 DETROIT (AP) — Alex Len had 15 points and a season-high 17 rebounds, Vince Carter had a season-best 18 points, and the Atlanta Hawks held off the Detroit Pistons 98-95 on Sunday.

The Hawks won their third straight and improved to 9-23. Kent Bazemore scored 13 points, and Trae Young had 12.

Detroit has lost nine of 11. Langston Galloway led the Pistons with 18, and Andre Drummond had 13 points and 15 rebounds.

Jeremy Lin hit two foul shots to stretch the lead, Reggie Jackson dunked for the Pistons, and Lin hit two more free throws to make it 96-93. Galloway missed a layup, and the Hawks locked it up from the line.

Carter had 14 points in the first half while Atlanta led by as many as 17. A late 3-pointer by Griffin helped the Pistons to narrow the margin to 57-43 at the break. Atlanta outshot Detroit 51.3 percent to 43.9 percent and got 13 points off 11 turnovers.

The Pistons got within nine early in the third, but back-to-back tip-ins by Len kept the Hawks comfortably ahead.

Zaza Pachulia's tip made it 88-85 with 3:17 left, and two free throws by Griffin got the Pistons within one.

Carter answered with a fall-away basket, but Galloway scored over Len to make it 90-89. After misses on both ends, Lin's reverse layup put the Hawks up three with 1:22 to play.

Jackson's free throws cut the lead to 92-91 and Pachulia stole the ball from Lin, but Griffin couldn't hit the ensuing shots from the line.

Hawks: The Hawks had lost six of eight to Detroit but posted their first victory at Little Caesars Arena.

Pistons: Detroit is third in the NBA in offensive rebounds, mostly thanks to Drummond, but only had five to Atlanta's 15 on Sunday. ... Luke Kennard started at small forward but sat out the second half with both knees wrapped in ice.

Hawks: At Indiana on Wednesday.