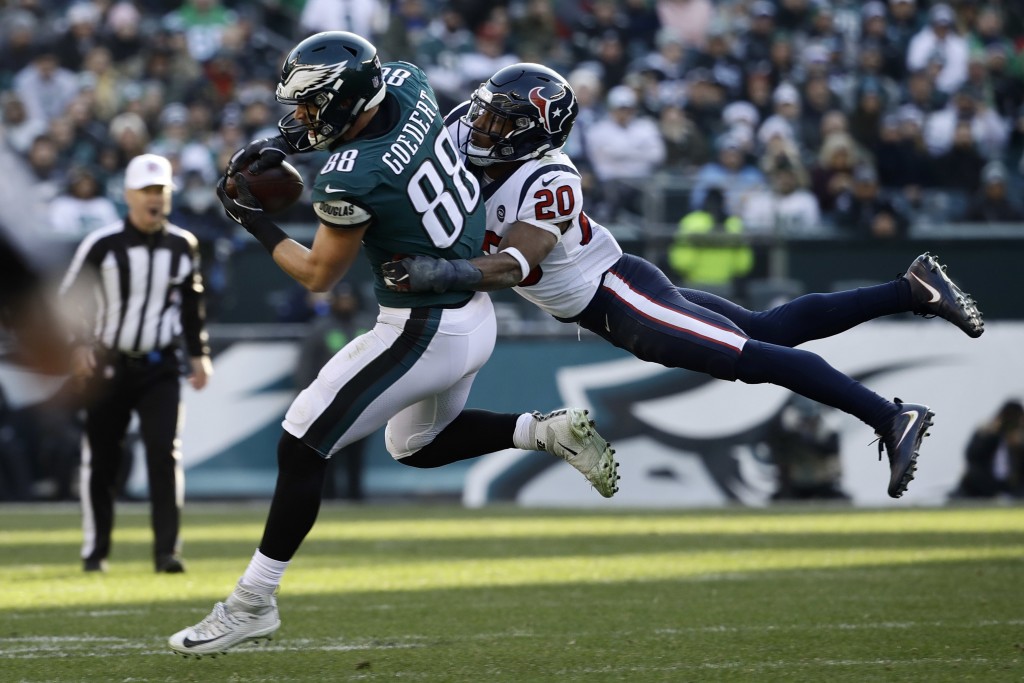 The Texans (10-5) missed an opportunity to clinch the AFC South and also allowed New England (10-5) to take control of the No. 2 seed. The Texans would secure the division title with a victory against Jacksonville next week. They'd get a first-round bye with a win and if the Patriots lose or tie.

Filling in for the injured Carson Wentz for the second straight week, Nick Foles again played like the Super Bowl MVP who led Philadelphia to a victory over New England.

Foles threw for a franchise-record 471 yards and four touchdowns.