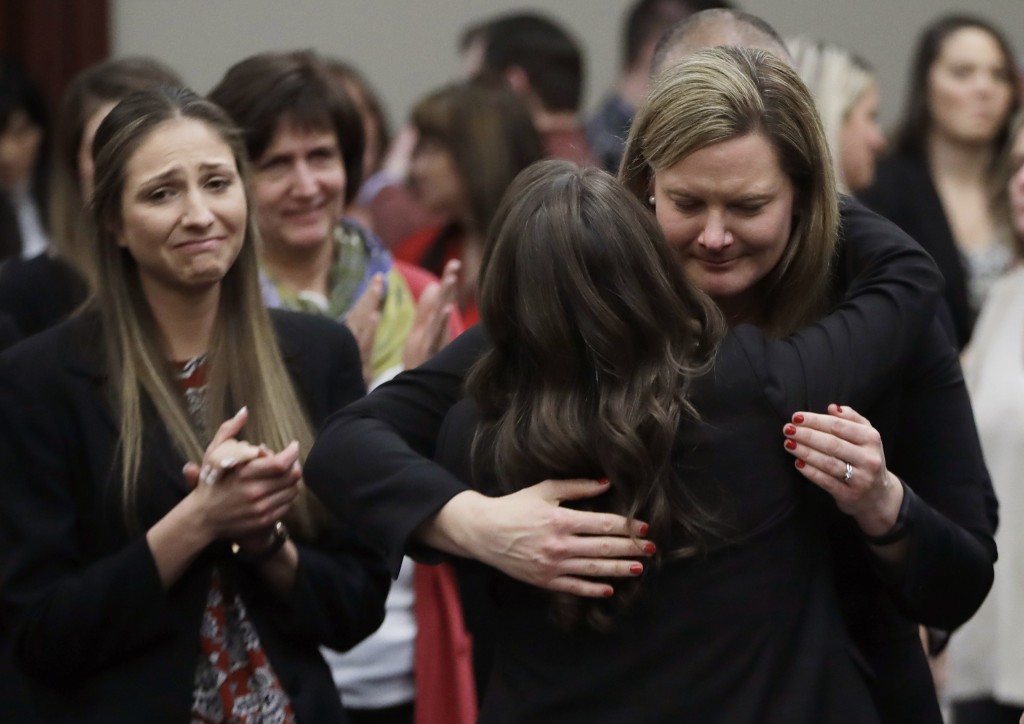 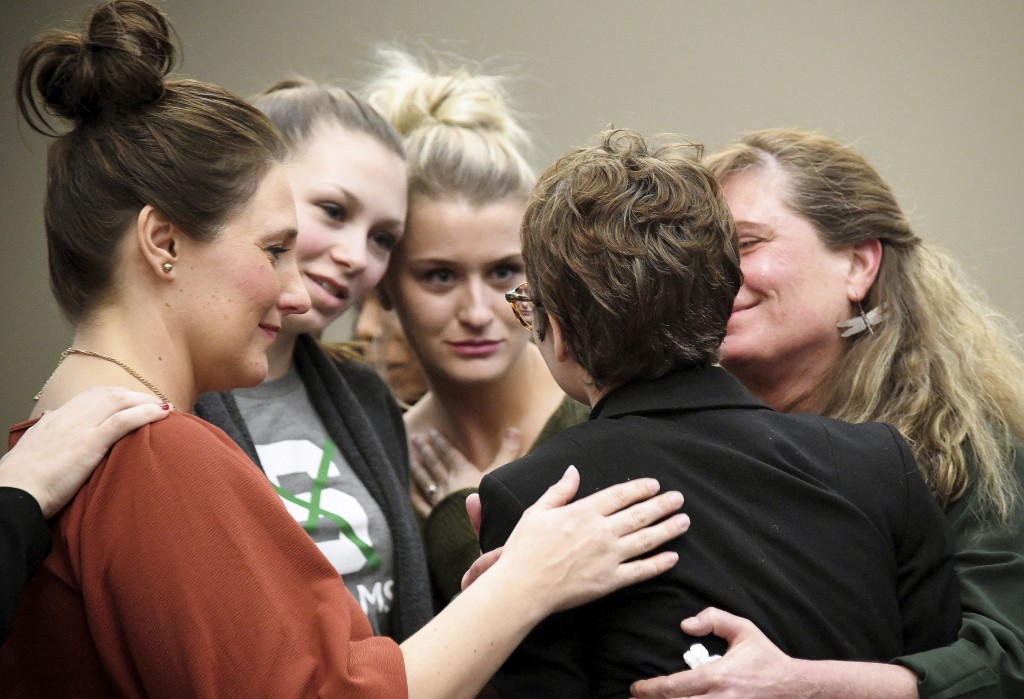 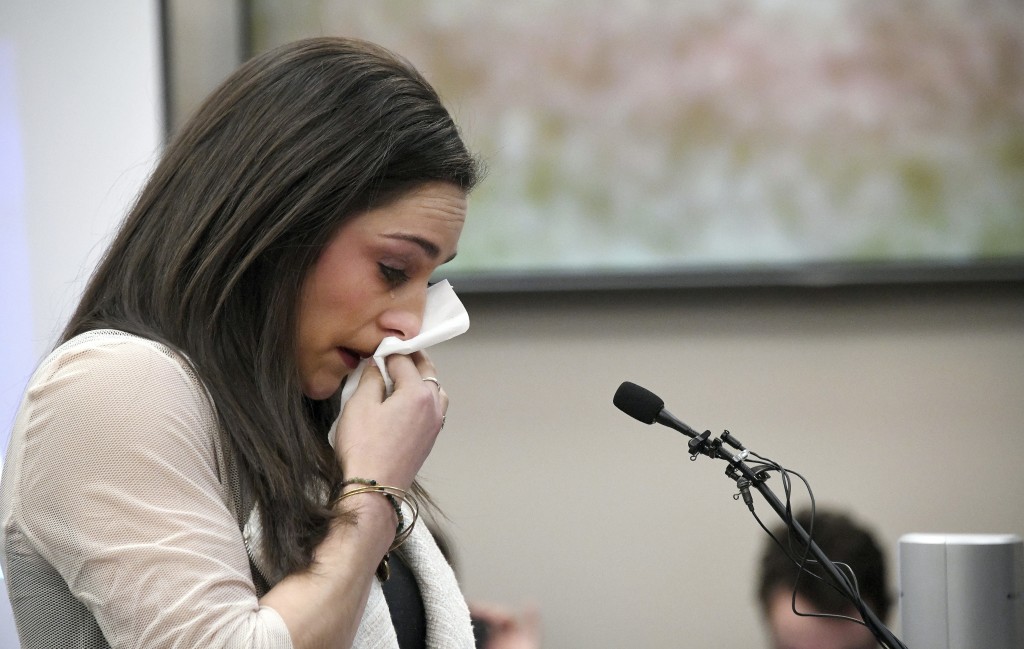 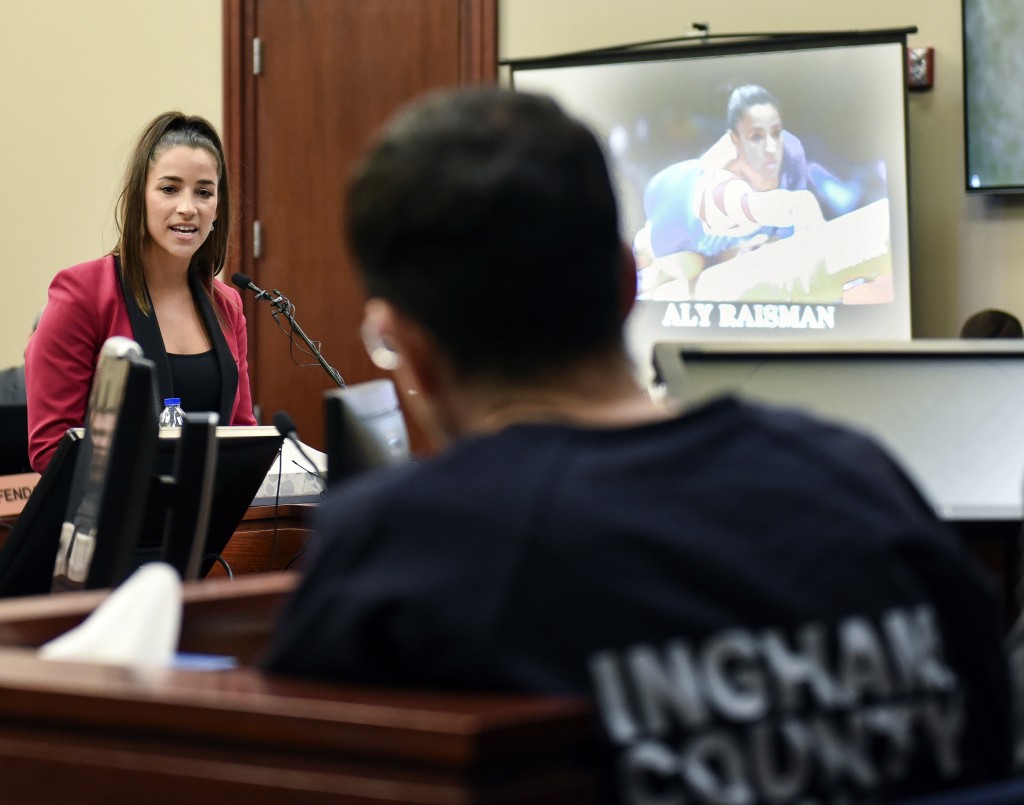 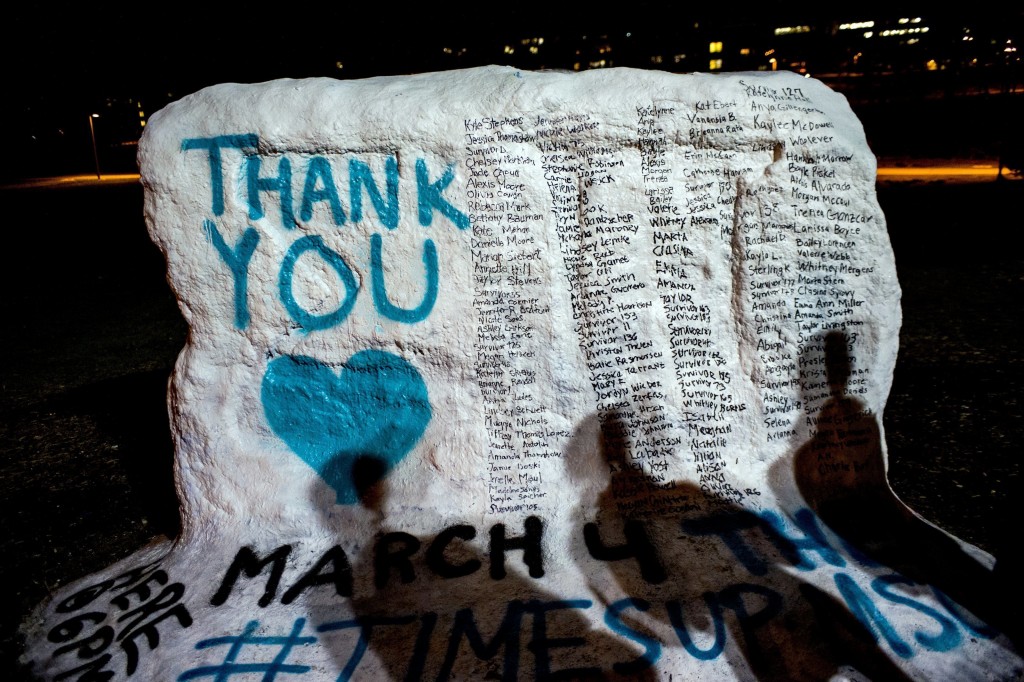 One by one they came forward, more than 150 in all. Fearful yet defiant. Vulnerable but resolute, buoyed by the hope of catharsis and the promise of justice.

Standing in a Michigan courtroom last January, women and girls sexually abused by Larry Nassar confronted the former Michigan State University and USA Gymnastics doctor, and over seven draining days detailed the devastating effect the molestation had on their lives.

The #MeToo movement reached the sports world in 2018 with a scandal that reverberated not just in locker rooms and gyms but in courthouses, in boardrooms and at kitchen tables. The sight of women being not just heard but believed — combined with other breakthroughs for female athletes in the fight for fair treatment — created a sense of real momentum in sports over the past year.

Female athletes "are taking control, and that's what it's all about," tennis star Serena Williams said. "Taking control of who you are."

While 2017 brought the downfall of TV personalities Matt Lauer and Charlie Rose and Hollywood mogul Harvey Weinstein, a scandal in the sports world that had been brewing for a few years blew up in 2018 into shocking front-page news.

Nassar was sentenced to 40 to 175 years in prison in a case that has had widespread and devastating fallout. Michigan State agreed to settle victims' lawsuits for $500 million. The university president lost her job and was charged with lying to police. Others at the school or at gymnastics' national governing body, USA Gymnastics, also face charges. And the future of the organization is in limbo.

Jordyn Wieber, a member of the gold-medal 2012 Olympic gymnastics team, planned to detail her allegations against Nassar quietly in a lawsuit. Yet as she watched other victims share the most difficult memories of their lives in open court, with their tormentor 20 feet away and a TV camera broadcasting it to the world, Wieber decided to testify, too.

"I saw this effect and this power we as Olympians had by using our voice," the 23-year-old Wieber told The Associated Press. "I felt really responsible to do that. If I could do one small thing in the world of gymnastics, the world of sports, this was it. I knew it wasn't going to be easy, but I felt like it was worth it."

The young women also played a role in trying to hold USA Gymnastics and other organizations accountable for the way Nassar's abuse went unchecked for decades.

When USA Gymnastics continued to use the Karolyi Ranch training center in Texas even after victims told of how they were abused by Nassar there, reigning Olympic champion and Nassar victim Simone Biles went on Twitter to ask why. The organization announced almost immediately it was leaving the facility.

Biles took then-USA Gymnastics president Kerry Perry to task in August for not speaking up to outline a way forward for the embattled organization. Perry resigned less than a month later.

"The fact Simone is able to effect the amount of change she's been able to is a testament that athletes are starting to have a little bit of power," said former gymnast Rachael Denhollander, who filed a criminal complaint against Nassar in 2016.

The year 2018 also saw the swift downfall of former Carolina Panthers owner Jerry Richardson — who sold the team and was fined $2.75 million by the NFL after he was accused of sexual harassment — and the continued pursuit of equal treatment of women in sports like tennis and soccer.

The French Open angered some in May when it declined to seed three-time winner Williams following a 14-month break from tennis in which she gave birth to a daughter. Last week, the women's tennis tour announced that starting in 2019, players coming off maternity leave or major injury may use a special ranking for up to three years upon their return.

"Serena is mainly responsible for bringing that issue to the forefront: Should you be treated the same for pregnancy as you are if you miss time with an injury?" tennis Hall of Famer Chris Evert said. The new rule "obviously was an advancement in the women's game."

The push by female athletes to transform their sports wasn't limited to the U.S.

The South Korean women's curling team that won a surprise silver at the 2018 Olympics came forward in November to complain of verbal and psychological abuse by their handlers, a pattern that included withholding prize money and threatening to bench the captain after learning she wanted to start a family. The handlers admitted to some of the allegations but denied others while resigning under pressure this month.

And members of Argentina's women's soccer team used social media to express mounting frustration over unequal treatment, including being barred from the training complex traditionally reserved for the men and receiving minimal financial support. Argentine soccer officials relented, allowing the women to work out at the same facility as the men.

"Teams are standing up and saying — and it's South America, it's Africa, it's Europe — 'This isn't good enough, this isn't right,'" said two-time Women's World Cup champion-turned-TV analyst Julie Foudy.

As for the effect on the world outside sports, Denhollander, who is now a lawyer, said prosecutors have told her about a spike in the number of abuse victims from other walks of life coming forward since Nassar's sentencing. Still, she cautioned that the Nassar case was just one battle in a continuing fight.

"The cultural impact is huge," Denhollander said. "The personal impact, feeling like they can finally tell someone, that's huge. On the flip side, there's a danger of feeling like we've accomplished more than we really have."