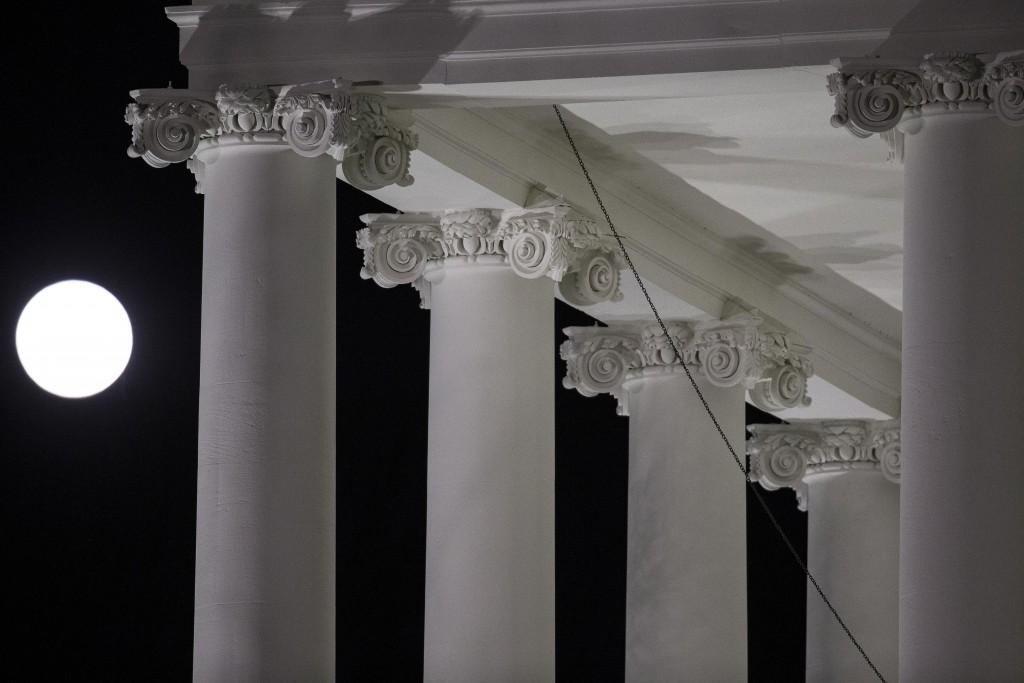 WASHINGTON (AP) — The Latest on the government shutdown (all times local):

On the second day of the partial government shutdown, President Donald Trump is again turning to Twitter to try to make his case for a border wall with Mexico — the sticking point in the budget impasse with Congress.

He says aerial drones and other measures "are wonderful and lots of fun" but they're not the right answer to address the problem of "drugs, gangs, human trafficking, criminal elements and much else from coming into" the United States.

Trump says what the country needs is "a good old fashioned Wall that works!"

The president is demanding billions of dollars for that wall, but Democrats are opposing it. The stalemate has shut down the government, and it looks like Christmas will be over and done with before the government will have a chance to get fully back to business.

It looks like Christmas will be over and done with before the federal government will have a chance to get fully back to business.

Even a temporary measure to end a partial shutdown seems out of reach until the Senate returns for a full session Thursday.

President Donald Trump wants money for a border wall with Mexico and Democrats oppose that. The partial shutdown began Saturday and has limited impact over the next few days, because both Monday and Tuesday are federal holidays

The first day of the shutdown played out unevenly. The Statue of Liberty was still open for tours, thanks to money from New York state, and the U.S. Post Office was still delivering mail.

Yet the disruption is affecting many operations and some 800,000 federal employees.