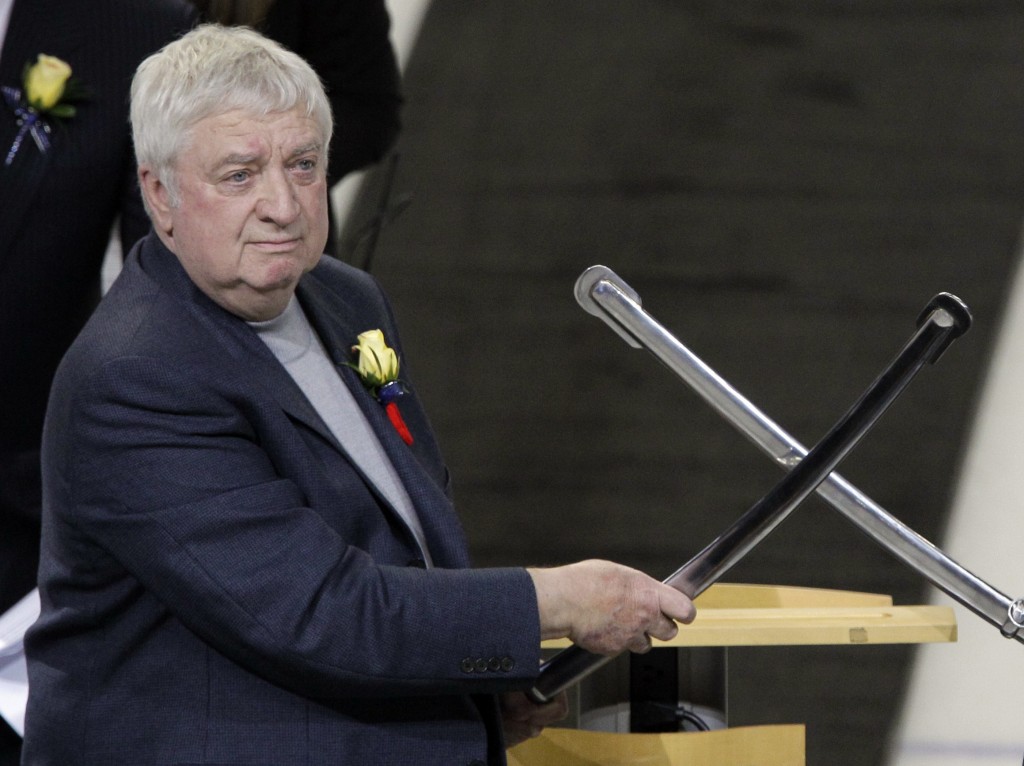 BUFFALO, N.Y. (AP) — The Buffalo Sabres say Rick Jeanneret is resting and doing well a day after the team's Hall of Fame broadcaster was taken out of the press box on a stretcher.

The team's update Sunday came about 12 hours after the 76-year-old Jeanneret was transported to the hospital during the third period of Buffalo's victory over the Anaheim Ducks.

The Sabres say Jeanneret looks forward to returning to his job after the team's three-day Christmas break.

Their update comes about an hour after The Athletic reported that Jeanneret texted the publication, writing: "Still kicking."

Jeanneret was sitting up as he was being wheeled out. The team's flagship station, WGR-Radio, reported he was responsive before getting onto the stretcher.

Jeanneret has done play-by-play of Sabres games since 1971, the longest tenure with a single team in NHL history.