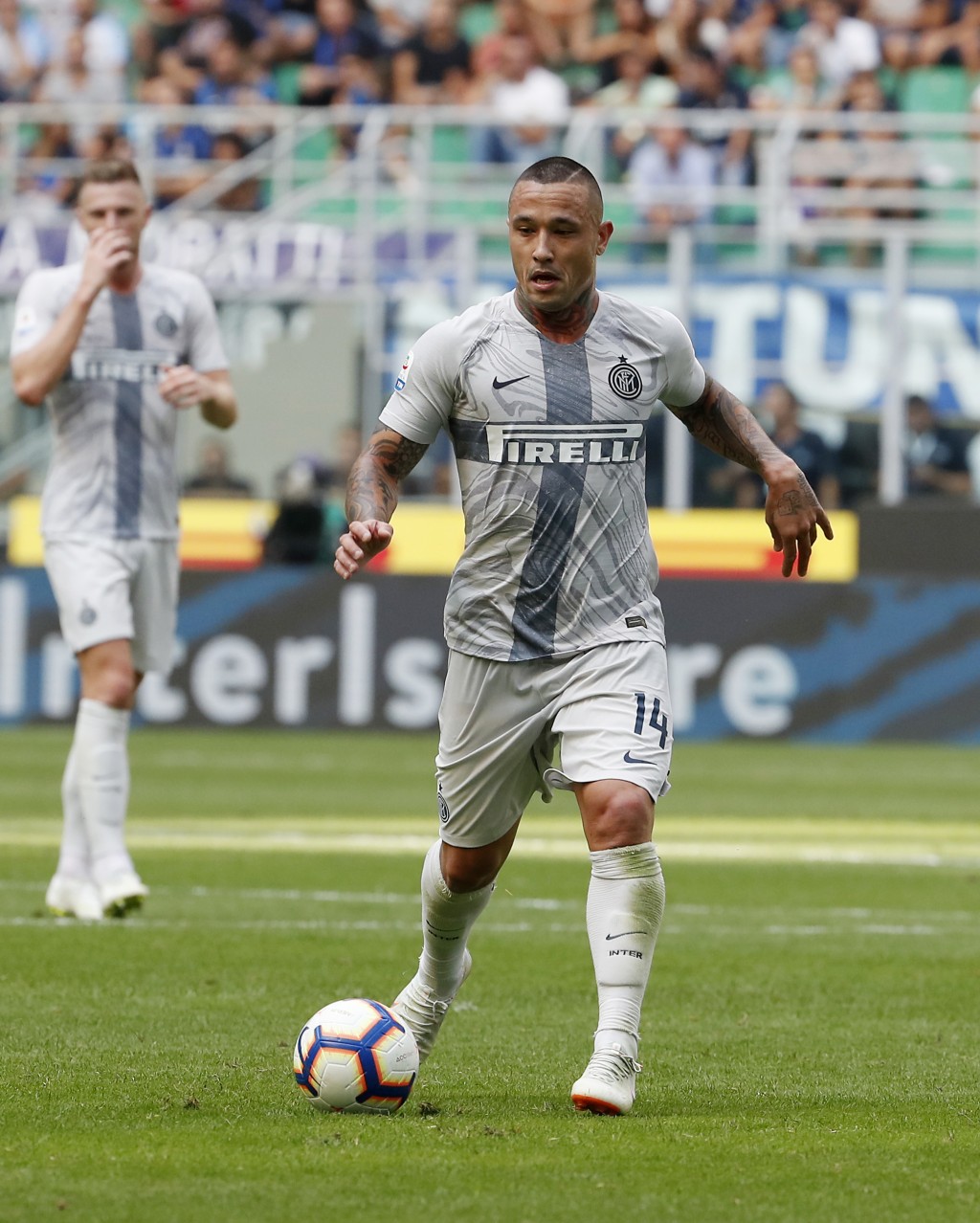 In a brief statement on Sunday, Inter says it "can confirm Nainggolan has been temporarily suspended from football activity."

The club has not disclosed precise reasons, or the length of the ban, but according to Italian media reports he turned up late for training on Sunday morning, and had also done so several times last week.

Nainggolan was fined and dropped from his previous club Roma's squad for a match in January after a series of drunken, live Instagram postings on New Year's Eve.

The 30-year-old Belgian joined Inter in the offseason in a deal which valued him at 38 million euros ($44.3 million).

Nainggolan has struggled with an ankle injury this month but played more than an hour of Saturday's 1-1 draw at Chievo Verona.

The suspension means he will miss Wednesday's showdown against Napoli. Inter is third in Serie A, eight points behind Napoli and 16 adrift of leader Juventus.