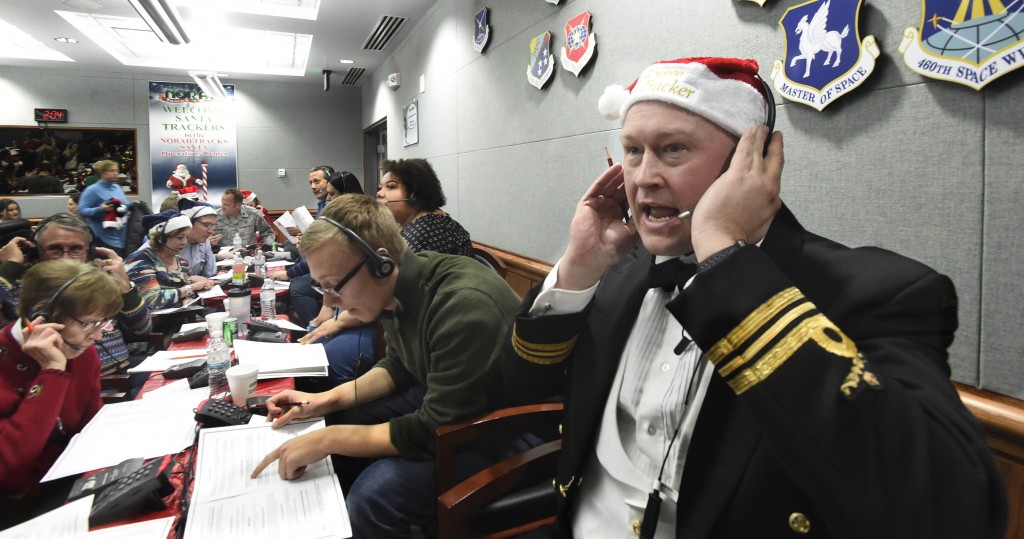 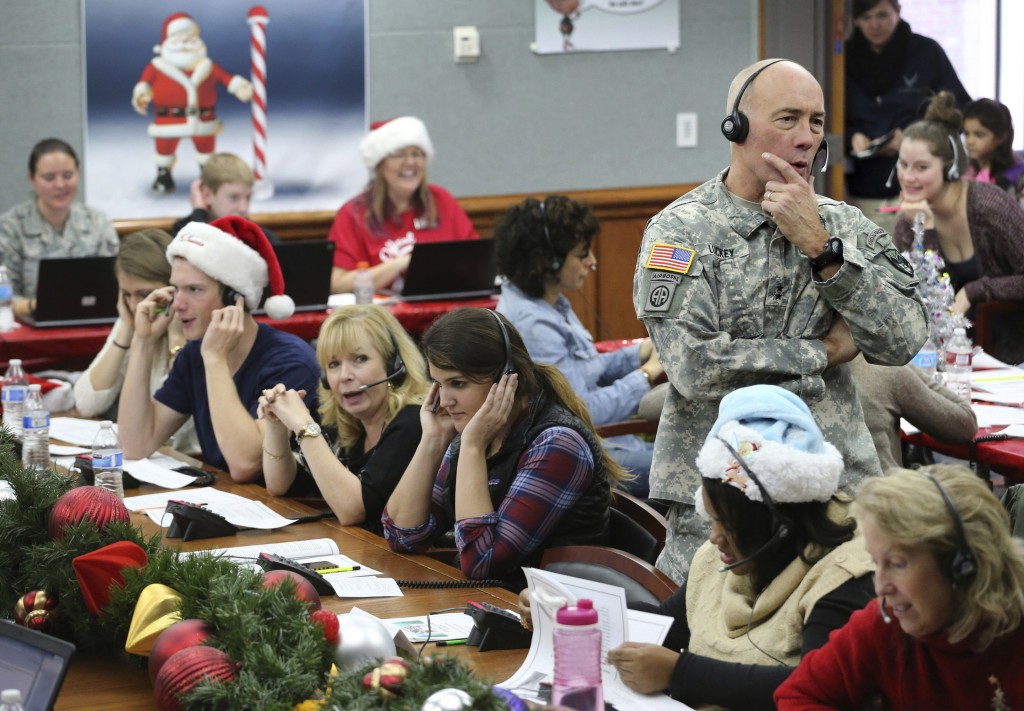 DENVER (AP) — The government may be partially shut down, but that won't stop hundreds of volunteers dressed in Christmas hats and military uniforms Monday from taking calls from children around the world who want to know when Santa will be coming.

The military says the NORAD Tracks Santa won't be affected by the partial shutdown because it is run by volunteers Peterson Air Force Base in Colorado and is funded by the Department of Defense's budget that was approved earlier this year.It's the 63rd year for NORAD Tracks Santa, and the military says it won't be affected by the federal government shutdown.

Now in its 63rd year, the Santa tracker became a Christmas Eve tradition after a mistaken phone call to the Continental Air Defense Command in Colorado Springs, Colorado, in 1955. CONAD, as it was known, had the serious job of monitoring a far-flung radar network for any sign of a nuclear attack on the United States.

When Col. Harry Shoup picked up the phone that day, he found himself talking not to a military general, but to a child who wanted to speak to Santa Claus. A Colorado Springs newspaper had run an ad inviting kids to call Santa but mistakenly listed the hotline number.

Shoup figured out what had happened and played along. The tradition has since mushroomed into an elaborate operation that attracts tens of thousands of calls every year.

For the 1,500 civilian and military volunteers who will answer the phones for kids calling 1-877-HI-NORAD, it infuses the holiday with childlike wonder.

"They're all really sweet, small voices," said Madison Hill, a volunteer who helped answer the phones in two previous years.

"I had a little girl tell me good night instead of goodbye," she said. "It's really sweet."

The North American Aerospace Defense Command - a joint U.S.-Canadian operation based in Colorado Springs, Colorado, that protects the skies over both countries — has taken over the Santa tracker since the tradition started. The military command center embraced and expanded the Santa-tracking mission and has been rewarded with a bounty of goodwill and good publicity.

It takes 160 phones to handle the calls that pour in. New volunteers get a playbook that briefs them on the questions kids might ask. Big screens on the walls show a Santa icon making blistering progress around the globe. U.S. and Canadian officers do live TV interviews from the phone rooms.

"It really gets you into the Christmas spirit," said Hill, a student at Mississippi State University who got involved through Air Force family members stationed in Colorado Springs.

"There are Christmas carols in the background, everyone's very friendly, happy to be there," she said.

One year, she took a call from a boy who began reading a very long Christmas list. "I remember having to cut him off after the 10th present or so," she said, explaining to him that she had to take calls from other children.

A girl told Hill she wanted to warn Santa not to bump into a bell hanging on her door. "I think she wanted Santa to be quiet and not wake her up," Hill said.

Sometimes the volunteers have to handle the unexpected. In 2012, a child from Newtown, Connecticut, asked if Santa could bring extra toys for families who lost children in the mass shooting that year at Sandy Hook Elementary.

"If I can get ahold of him, I'll try to get the message to him," replied the volunteer, Sara Berghoff.

"This is my first NORAD Tracks Santa," said O'Shaughnessy, who took command in May. "I'm really excited."

O'Shaughnessy was even asked about the program during a Senate Armed Services Committee hearing in April to confirm him as NORAD chief.

"I assume this committee can count on your commitment to continue that venerable tradition," Arkansas Republican Sen. Tom Cotton deadpanned.

"Yes sir, especially since my son Sam would want to see that as well," O'Shaughnessy replied.