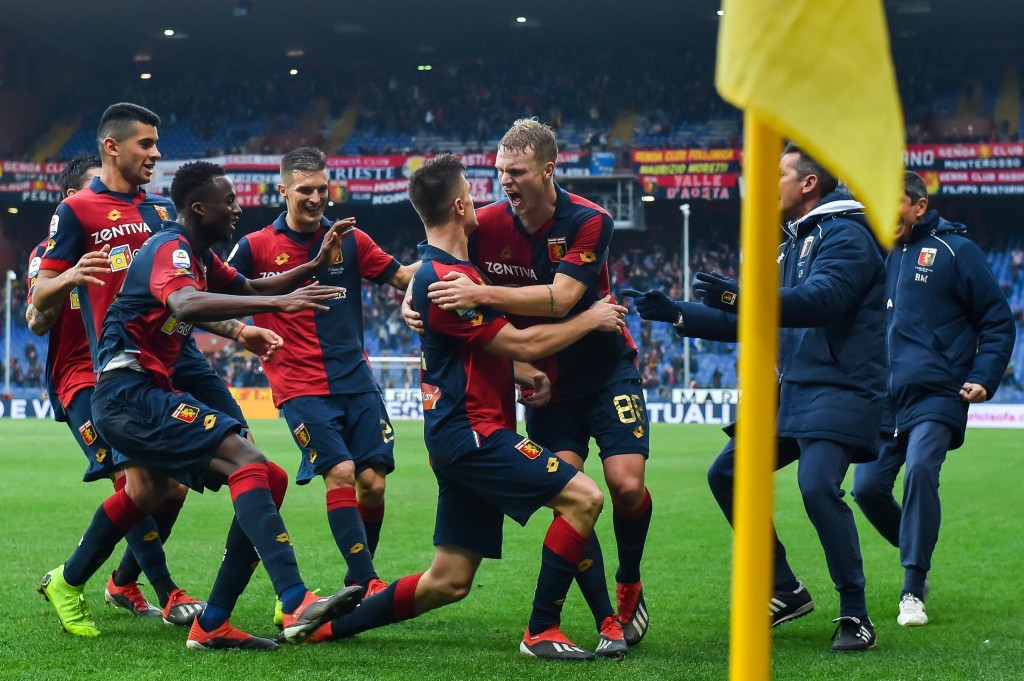 Cristiano Ronaldo is helping Juventus break records but it could be taking a toll on the Portugal star.

Ronaldo has started all but one of Juve's 23 games this season, having missed only the first Champions League match against Young Boys through suspension following his first-ever red card in the competition.

The 33-year-old forward has scored 12 goals since leaving Real Madrid in the offseason, despite being the subject of a rape allegation in the United States.

Kathryn Mayorga filed a civil lawsuit in Nevada in September claiming Ronaldo raped her in his Las Vegas hotel room in 2009. Police reopened an investigation into the allegation at her request. The Juve player has denied any wrongdoing.

Ronaldo's form in front of goal has dipped in recent games, failing to score in open play in four matches although he did convert a penalty in the Turin derby on Dec. 15.

He went close on several occasions in Saturday's 1-0 win over Roma and was denied by goalkeeper Robin Olsen. Ronaldo also produced some trademark fancy footwork to set up a goal for Douglas Costa that was ruled out following a video review.

However, the Portugal great looked tired at times and Juve coach Massimiliano Allegri has said he will give the five-time World Player of the Year a rest by sitting out one of the upcoming matches before the winter break, against Atalanta or Sampdoria.

Juve can afford to sideline him after the victory over Roma clinched the unofficial winter title with two matches to go before the halfway point of the season is reached.

Allegri's side, seemingly unstoppable as it seeks an eighth successive Serie A title, has an eight-point lead over second-placed Napoli and a 16-point advantage over Inter Milan in third.

Juve has won 16 of 17 league matches, dropping points only in a surprise draw against Genoa.

The club's haul of 49 points has broken its own Italian record and set a record for the top five leagues in Europe.

Still, Juve appears not to have hit top gear. It is traditionally stronger in the second half of the season and appeared to be conserving energy in its past three matches, winning each 1-0.

Napoli's top strikers have been misfiring.

Lorenzo Insigne and Dries Mertens have seven Serie A goals apiece this season but neither has scored in five league matches since a 5-1 win over Empoli on Nov. 2.

Both hit the woodwork in Saturday's 1-0 victory over Spal when defender Raul Albiol was on target.

Another Napoli forward, Jose Callejon, has failed to score this season in 20 matches in all competitions.

He netted nine goals in his opening seven league matches, plus four in his first game for the club in the Italian Cup, but the Poland international then failed to hit the target in five games before breaking his drought last month.

Piatek struck again in Saturday's 3-1 win over Atalanta to take his tally to six in as many matches in all competitions. However, he was dismayed that another effort was given as a Rafael Toloi own goal.

"I am very happy with the great Genoa victory," he wrote on Instagram. "But I celebrated less because as soon I got to the locker room I heard the news that my first goal was an own goal. I feel that it is in every respect a double and that Serie A should go back on its decision."