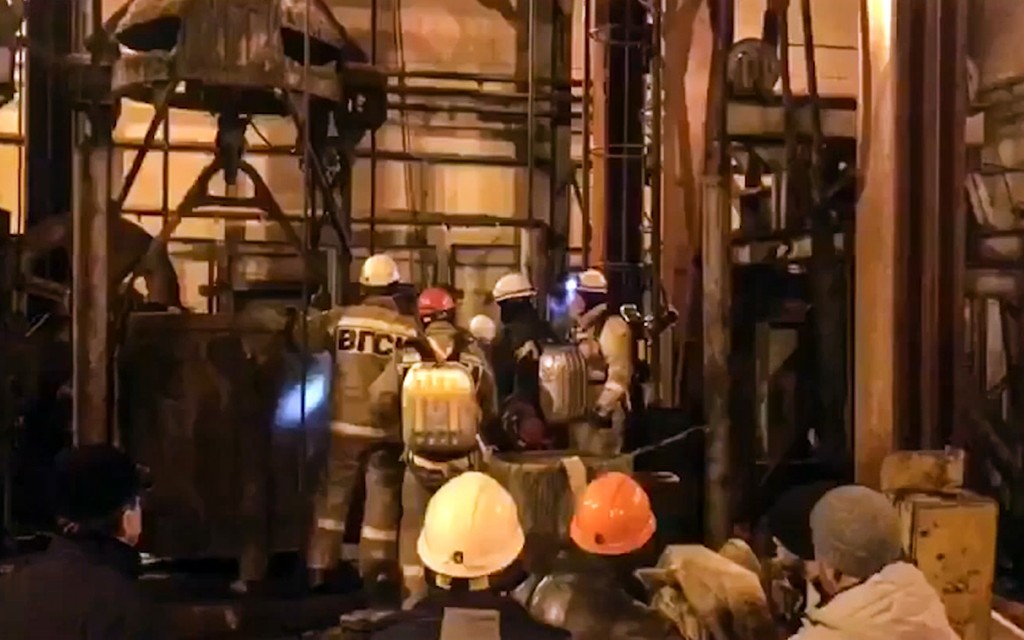 MOSCOW (AP) — Rescue teams in Russia's Ural Mountains are still looking for a construction worker trapped inside a burning potash mine after the bodies of eight of his colleagues were found.

A fire erupted Saturday at a potash mine in the Perm region. Officials say 17 workers were inside the mine at the time in Solikamsk, 1,200 kilometers (740 miles) east of Moscow, and eight were quickly evacuated. The blaze cut off access to nine other workers in a different section.

The Investigative Committee in the Perm region said Sunday that rescue teams have found the bodies of eight workers but not recovered them yet. Authorities said the ninth person is also believed to be dead.