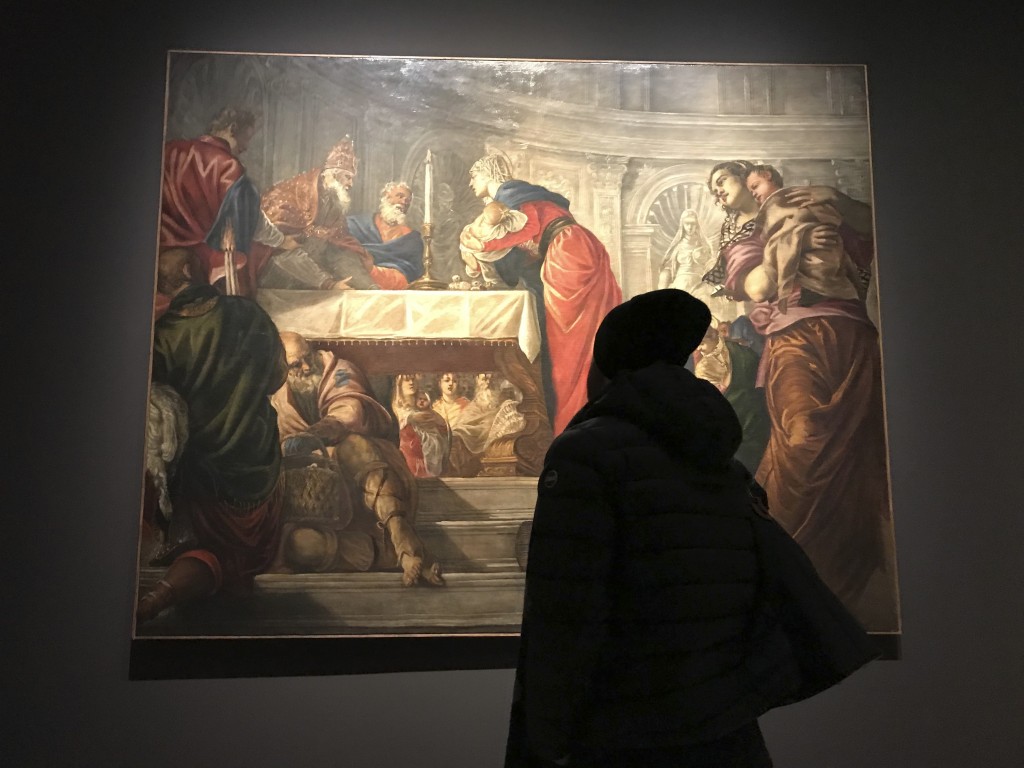 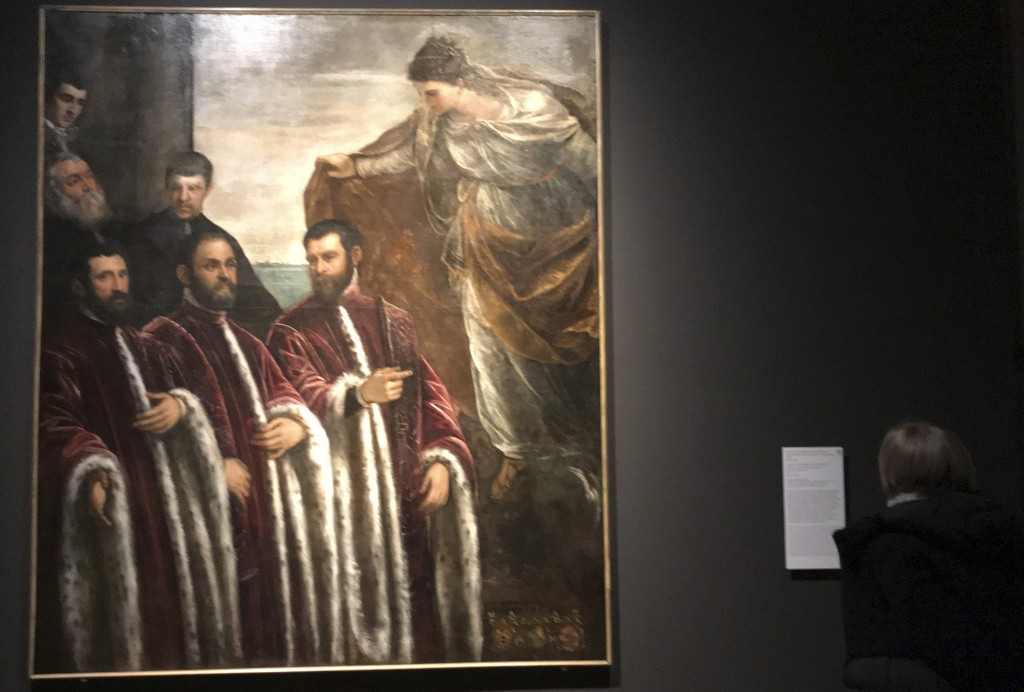 Still, curators here have encountered challenges when mounting tributes this year to mark the 500th anniversary of his birth.

Some of Tintoretto's paintings couldn't be included in the main exhibition, hosted at the landmark Palazzo Ducale (Doges' Palace), because they couldn't fit through its 16th-century stone doorways.

And several Venetian churches, where the painter did much of his best work, balked at loaning their masterpieces. Not surprisingly, they are eager for visitors making the Tintoretto pilgrimage to visit their venues and not just the stellar show, which, since opening in September, has drawn more than 100,000 visitors.

After it closes here on Jan. 6, the exhibition travels to the National Gallery of Art in Washington, D.C. for a four-month run starting March 10. That will be the first-ever Tintoretto retrospective outside of Europe.

When Venice last hosted a Tintoretto retrospective, in 1937, church paintings were cut out of their frames, rolled up and carted off to the exhibition. That method would be met with horror by today's art world, especially since nearly a score of Tintoretto paintings were recently restored, thanks to the Save Venice organization.

"The churches generally felt, and we understood, it didn't make sense to move his masterpieces across the city," said Robert Echols, a Boston-based art historian who is one of the curators. Some of those church works will go to the U.S. exhibition, however.

Some of Tintoretto's greatest works can never travel, of course, and are being celebrated here.

In the Chapter House in the Scuola di San Rocco, admirers can lay on their backs to see Tintoretto's work, which has been likened to the monumental achievement of Michelangelo in the Vatican's Sistine Chapel. Thanks to new lighting and strategically placed mirrors, the Chapter House last month had its own renaissance of sorts. Now visitors can see details in what before had seemed like a gloomy, cavernous room.

Echols and co-curator Frederick Ilchman, chair of European art at the Museum of Fine Arts in Boston, devoted much of their art historian careers to weeding out paintings that had been dubiously attributed to Tintoretto, whittling down what had been a list of 468 works to just over 300 paintings of his authorship.

"Tintoretto, to some extent, is a painter who was a victim of his own success," Echols said.

Tintoretto, a pseudonym of Jacopo Rubusti, obtained so many commissions, particularly in his later years, that he farmed out some work, notably to his son, Domenico. While his genius was acknowledged in his own day, some works done by imitators or his workshop had been incorrectly attributed to Tintoretto in successive centuries.

Tintoretto cleverly maneuvered to snag commissions from nobles and churches during the heady years of the sea-going Most Serene Republic of Venice.

"The Shakespeare play is not the "Merchant of Florence," it's the "Merchant of Venice,'" Ilchman noted, recounting how Tintoretto sometimes offered discounts to ensure commissions didn't go to his rivals, which included Tiepolo, Titian and Veronese.

Tintoretto's imaginative use of perspective and his dynamic, inventive interpretations of mythological and religious themes are on convincing display, including one which sparked scandal in his day. In "St. George, St. Louis and The Princess," a dragon's head emerges from between the legs of a woman and from under her billowing, burnt-orange gown.

In the "The Abduction of Helen," the kidnapped woman, with a nipple poking out above her blouse, seems to be tumbling out of the frame toward the viewer.

Tintoretto had an impressive production of portraits. The exhibition displays many of his finest in a long, narrow hall, as if in a noble family's own palazzo.

Riveting self-portraits — one of Tintoretto in his 20s on loan by the Philadelphia Museum of Art, and another of Tintoretto as an old man sent by the Louvre — open and close the retrospective.

The Venice show to honor Tintoretto's birth anniversary began in 2018. The companion Washington show starts in 2019. The different years are fitting, for, while the year of his death — 1594 — is undisputed, and his grave prominent in a Venice church decorated with some of his masterpieces, historians aren't sure just when he was born. The artist's birth year is often written as 1518/1519.