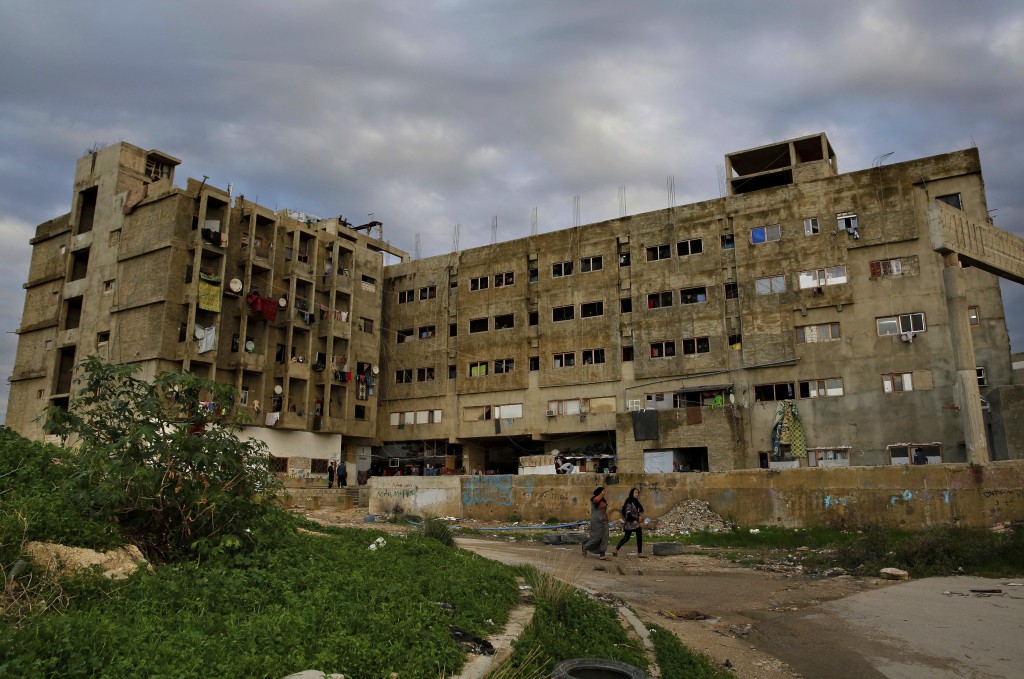 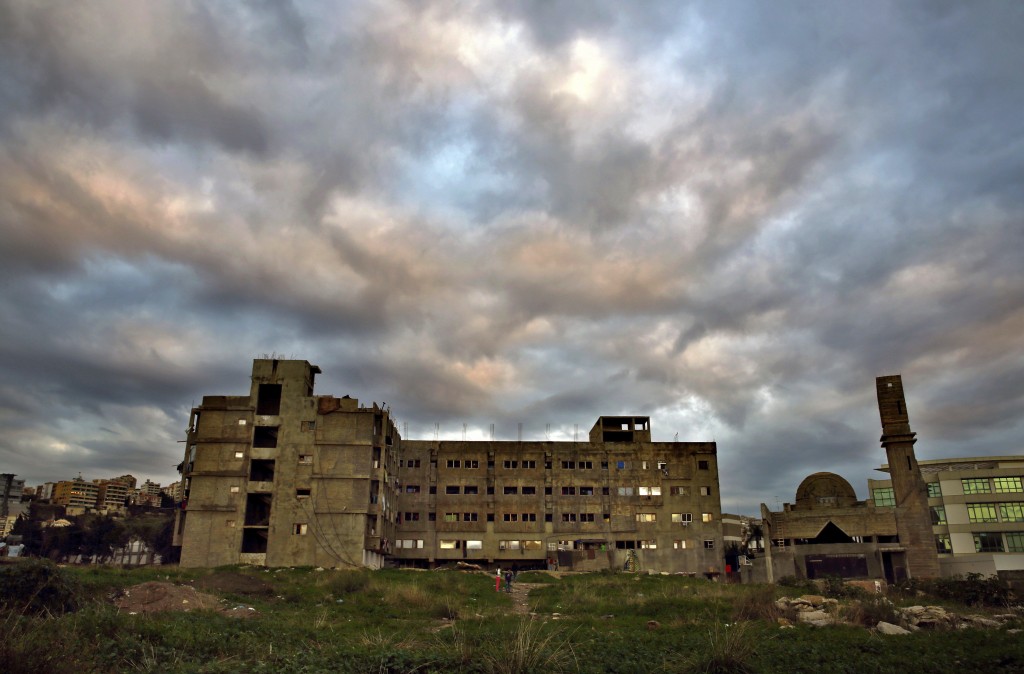 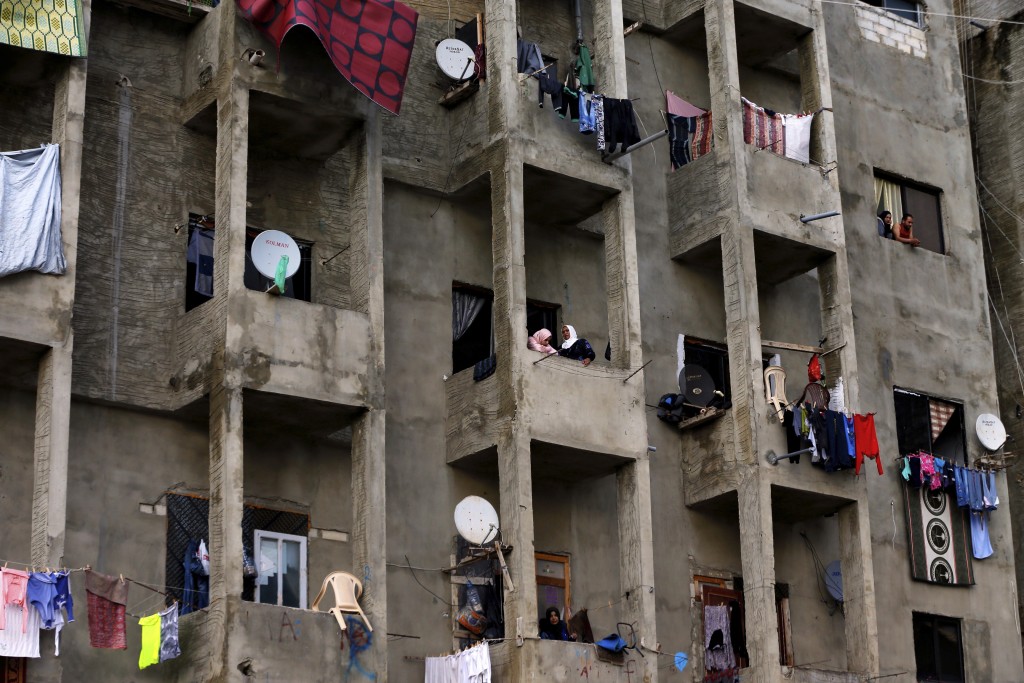 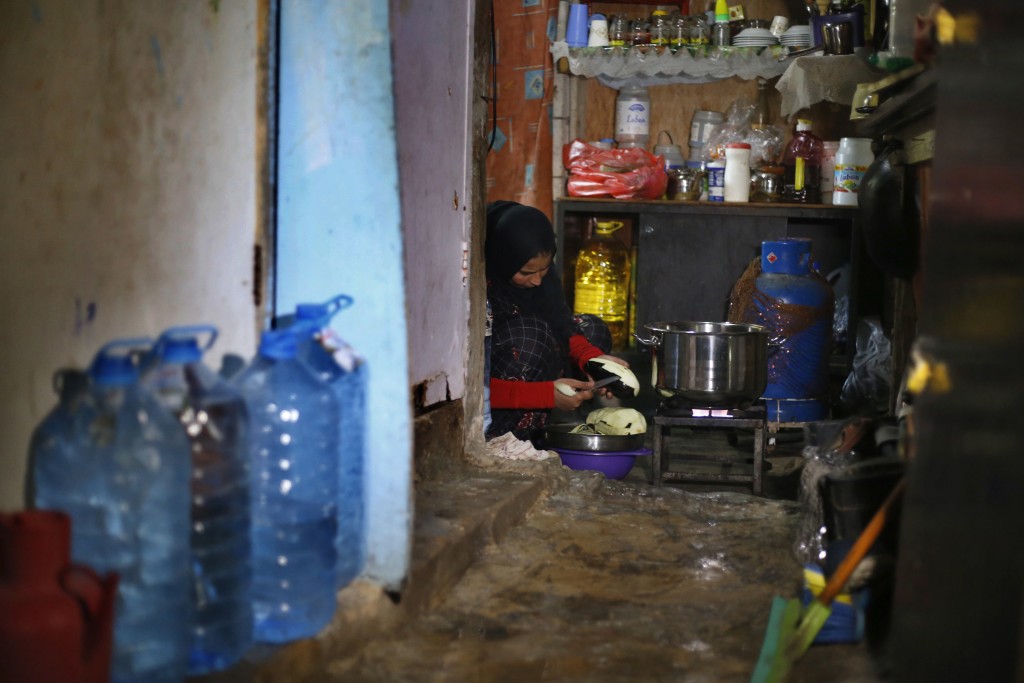 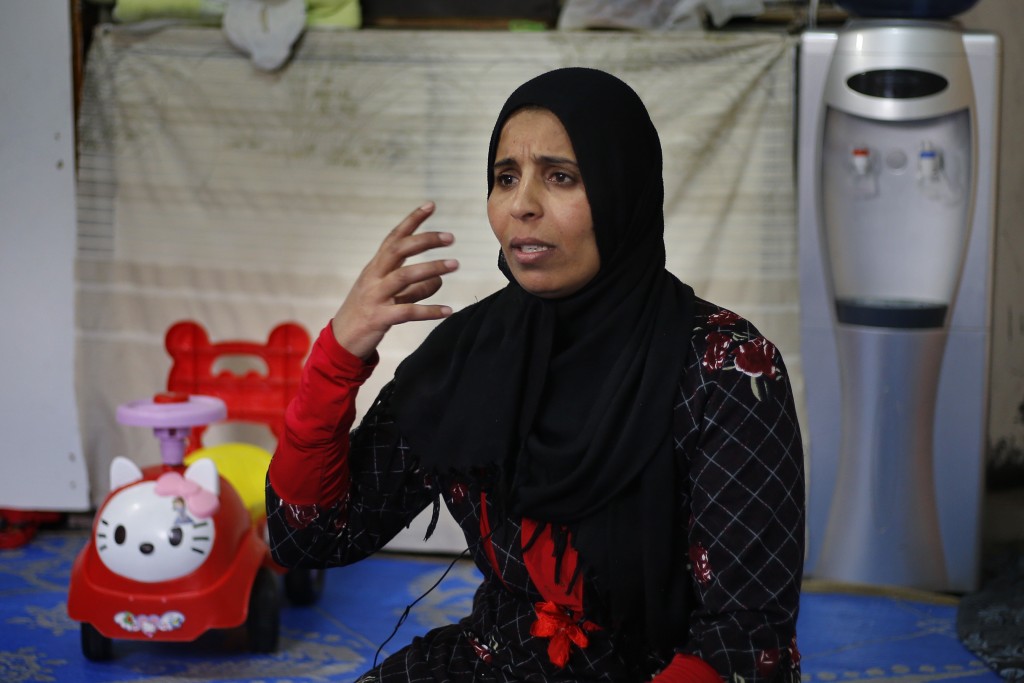 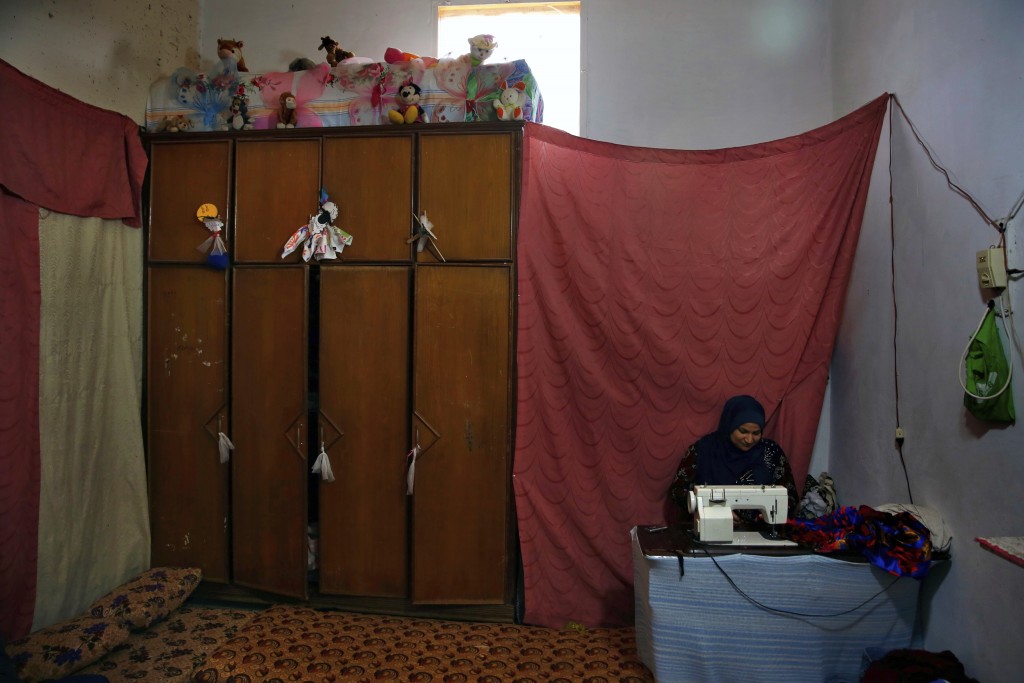 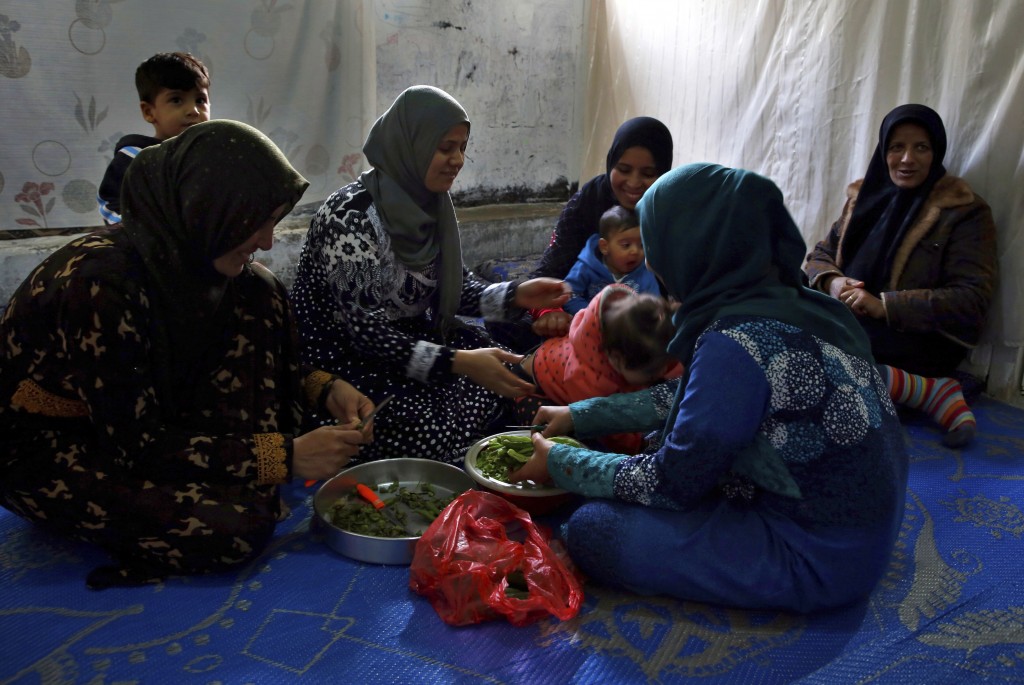 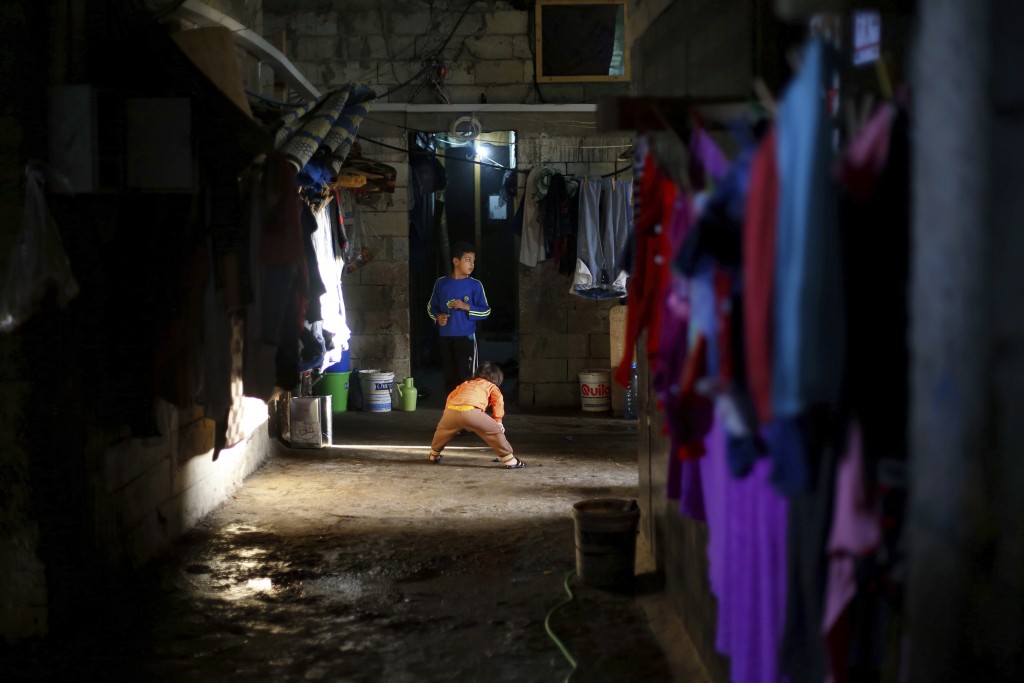 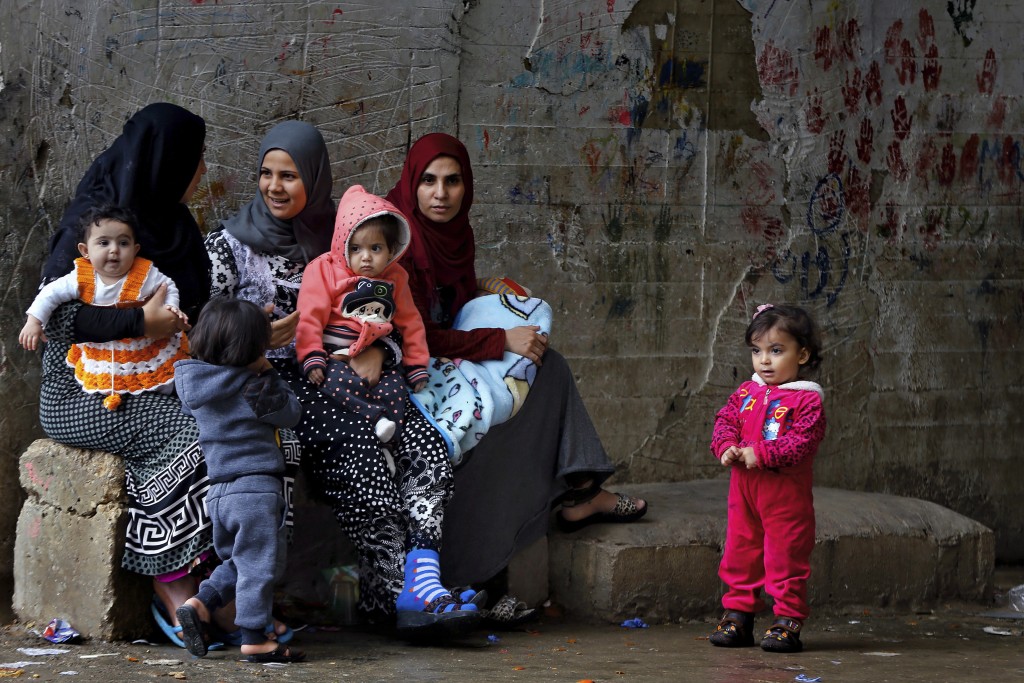 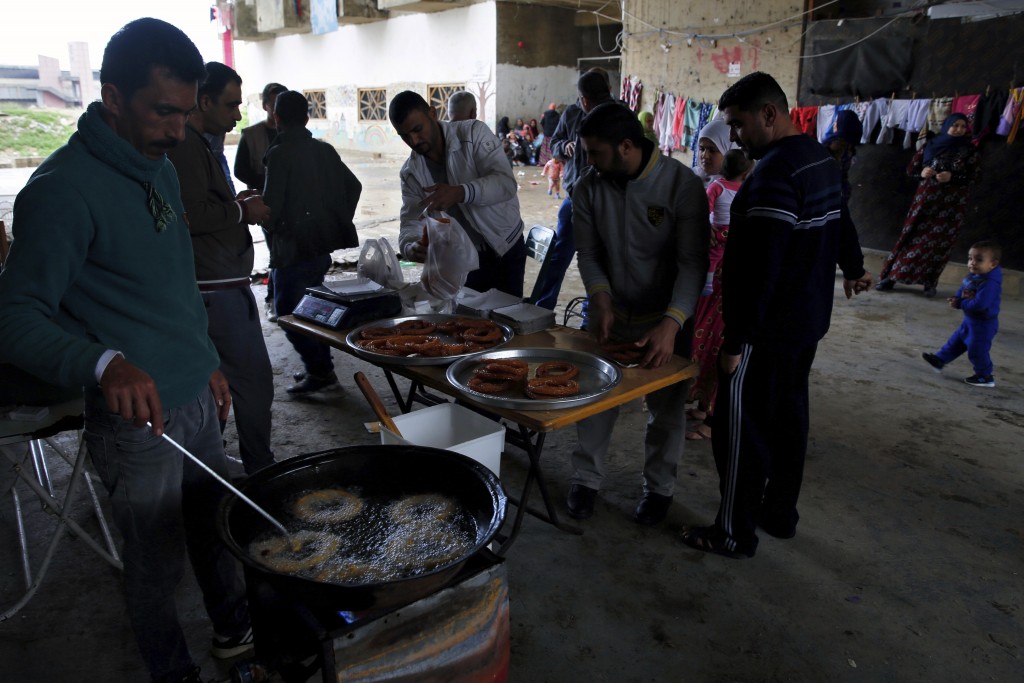 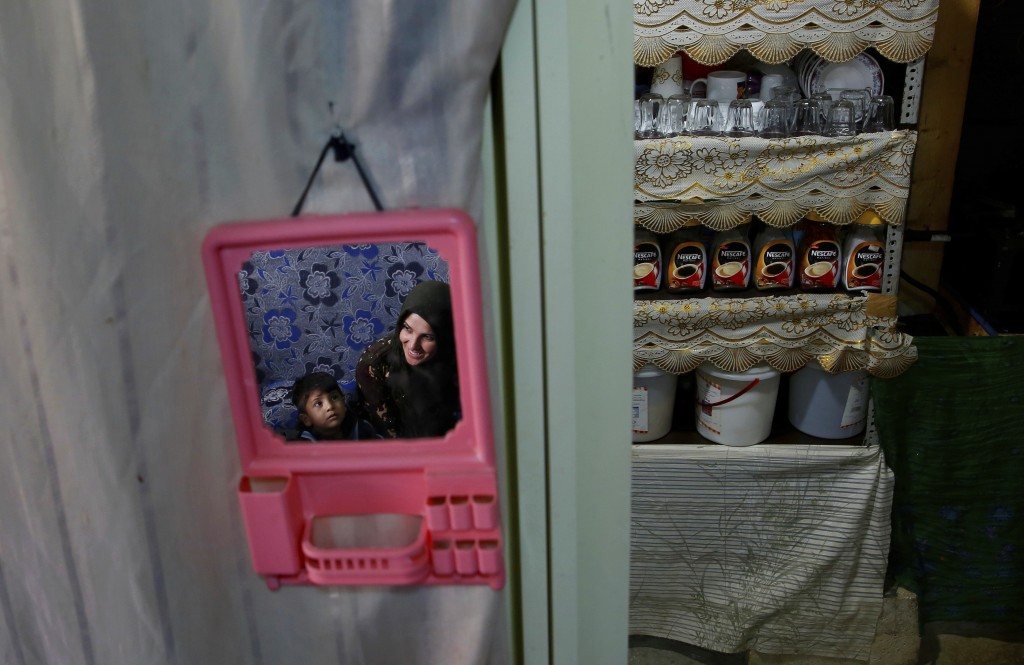 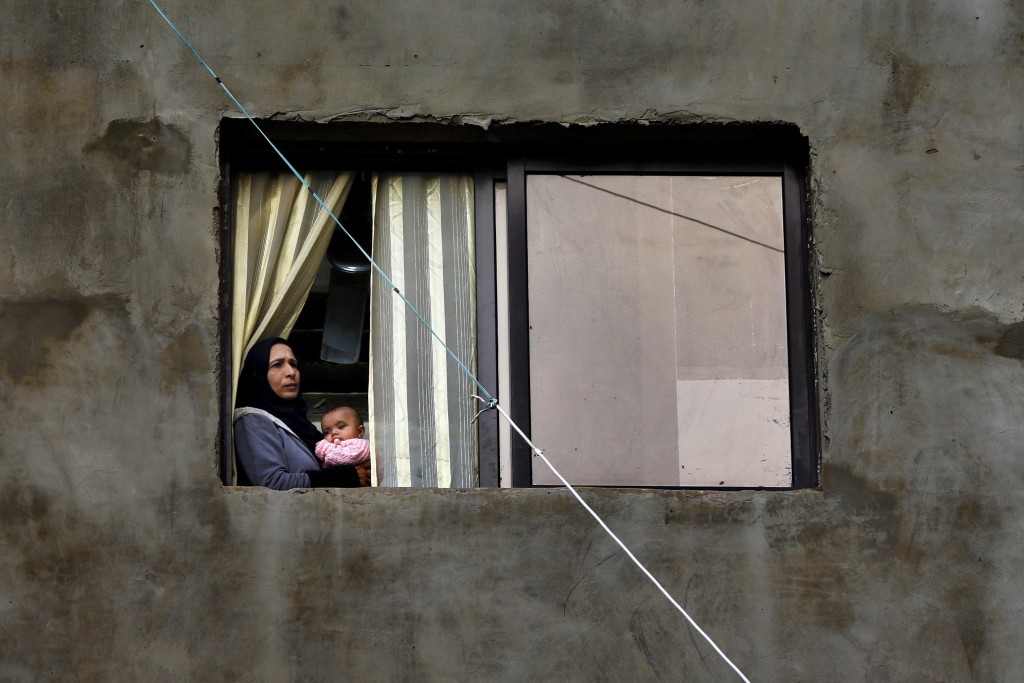 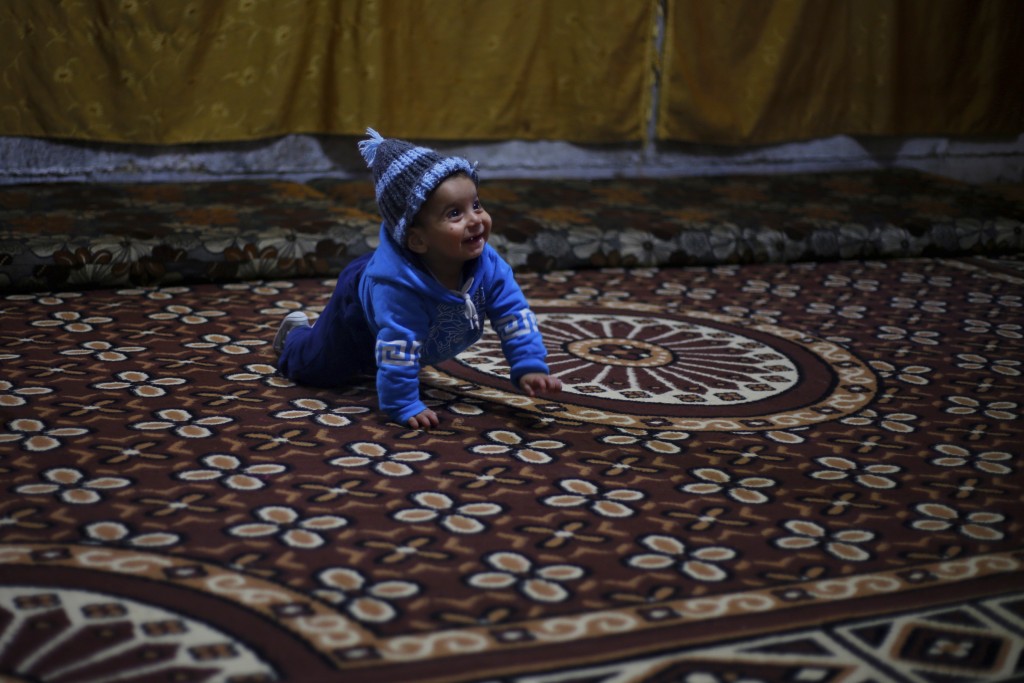 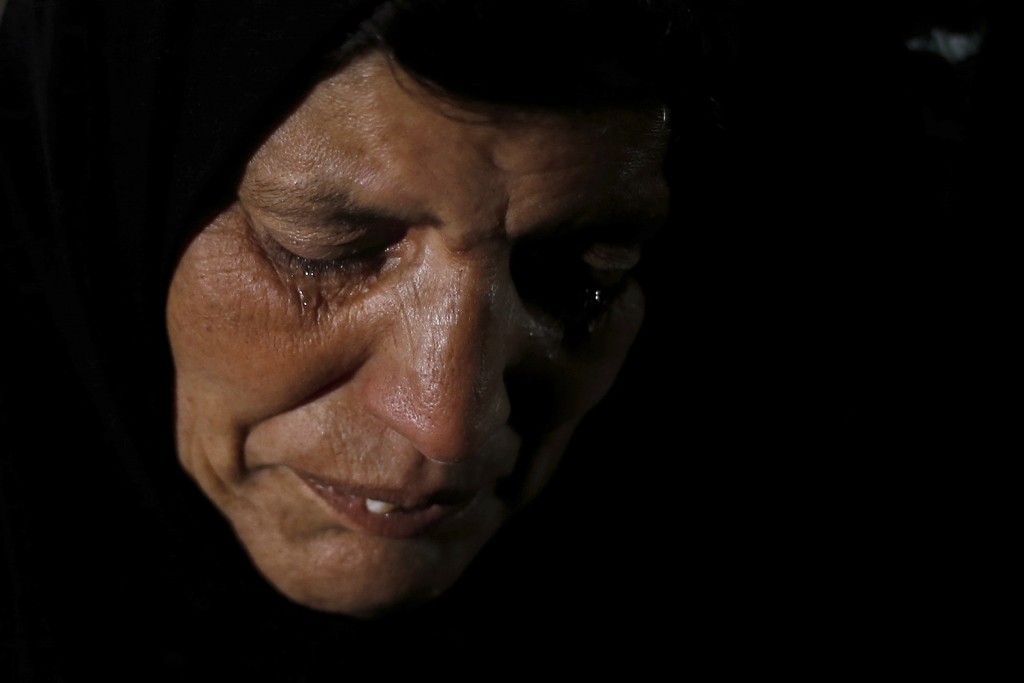 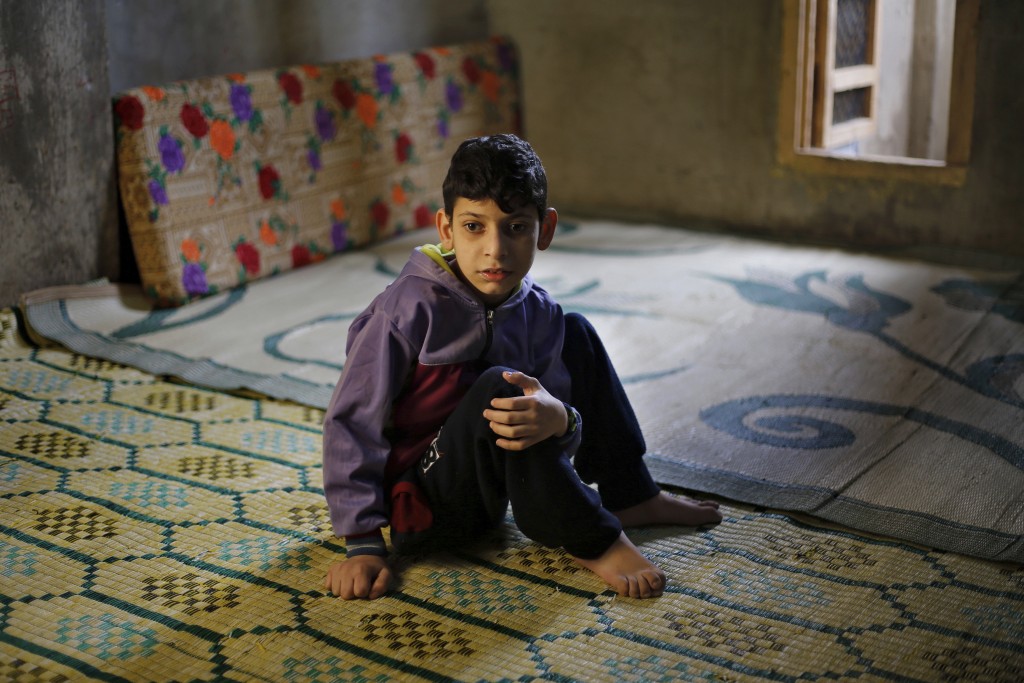 SIDON, Lebanon (AP) — Rozan Qarqour lives with her husband and six children in a tiny room in an unfinished building, where they share a bathroom with other Syrian refugees. Her husband sells paper cups of cardamom-flavored Arabic coffee on the streets of the Lebanese port city of Sidon to earn a few dollars to buy bread and vegetables.

But despite their dismal life in Lebanon, the family, which fled Syria's central province of Hama six years ago, has no plans to return home. Nor do the 160 other families who live in the Ouzai compound — or most of the other 1.2 million Syrian refugees who live in Lebanon.

"I will not take my children back to death and hunger," said Qarqour, 32, as she sat with other women on the floor cutting fresh fava beans that would later be cooked with rice on a small gas burner.

A much touted Russian initiative to facilitate the return of refugees of Syria's 7-year-old war from around the region appears to have fizzled out, with only a tiny fraction of the nearly 6 million who fled their country since the start of the conflict in March 2011 returning home.

The Russian military says 114,000 Syrians have returned home since the beginning of 2018. The U.N. refugee agency says it has verified only 37,000 refugees who have voluntarily returned this year.

Syria's war has displaced half the pre-war population of 23 million people, of which 5.6 million have fled the country. In Lebanon, where Syrians make up nearly a quarter of the population, most of the refugees say they intend to stay put, citing economic concerns, ongoing fighting and destroyed homes.

The Qarqour family's region of Sahel al-Ghab is still in rebel hands and often gets bombed by the government, and their home has been destroyed. There are no jobs there, Qarqour says, and she hopes they can resettle in a third country, although the family has not yet applied.

The fighting has wound down after seven years of brutal war. Using overwhelming military force, and with the help of Russian airpower and Iranian-backed militias on the ground, President Bashar Assad has retaken key cities and major population centers in Syria.

But most refugees say they do not feel safe returning while the government they fled is still in place. Fighting continues in some areas, while others are in ruins. Many are worried their sons could be picked up for conscription or detained, harassed or imprisoned if they go back. Others worry they won't find jobs.

Meanwhile, many have put down roots across the region and in Europe, and do not want to risk losing what they built by returning to Syria.

Russia, a key ally of Assad, is eager to show a return to normalcy in Syria and has pushed to repatriate Syrians who fled. However, the U.N. has expressed concern about a premature return before the situation stabilizes and without guarantees for returning refugees.

Russian Defense Minister Sergei Shoigu said in August that "all conditions are in place" for the return of 1 million refugees, quoting progress in restoring infrastructure and the fact that hostilities have largely subsided.

At the height of the conflict, the number of registered Syrian refugees in Lebanon reached 1.2 million, making the tiny Mediterranean country the biggest host of refugees per capita in the world. Today there are about 940,000, after some returned to Syria or were resettled in other countries, according to Lebanon's Minister of State for Refugee Affairs Mouin Merhebi.

Merhebi said about 12,000 Syrian refugees have returned home from Lebanon since June. His numbers are much lower than those released by Lebanon's General Security Directorate, which says more than 87,000 have returned. Merhebi, a harsh critic of the Syrian government and its Lebanese ally Hezbollah, said some of those who have been registered as returnees go back and forth between the neighboring countries.

Eager to see Syrians return because of the strain their presence puts on the struggling economy, the Lebanese government has embraced the Russian plan and organizes convoys for refugees to return to Syria on almost a weekly basis.

Most will continue to opt out for now, however.

At the Ouzai compound in Sidon, time passes slowly for the refugees. Abu Ahmad, 42, sat in the yard eating mushabbak, a Syrian sweet consisting of fried pastry dipped in syrup made by one of the residents. He works in agriculture but his boss has not called him for a week.

"I am not happy in Lebanon, but here there is school for my children, there is a doctor if I need it and there are hospitals for an emergency," said the father of five daughters and four sons. "Here I can make enough money to survive."

Ahmad added that he applied years ago for resettlement in a third country.

"I am ready to go to the south pole if I get a job there," he said.