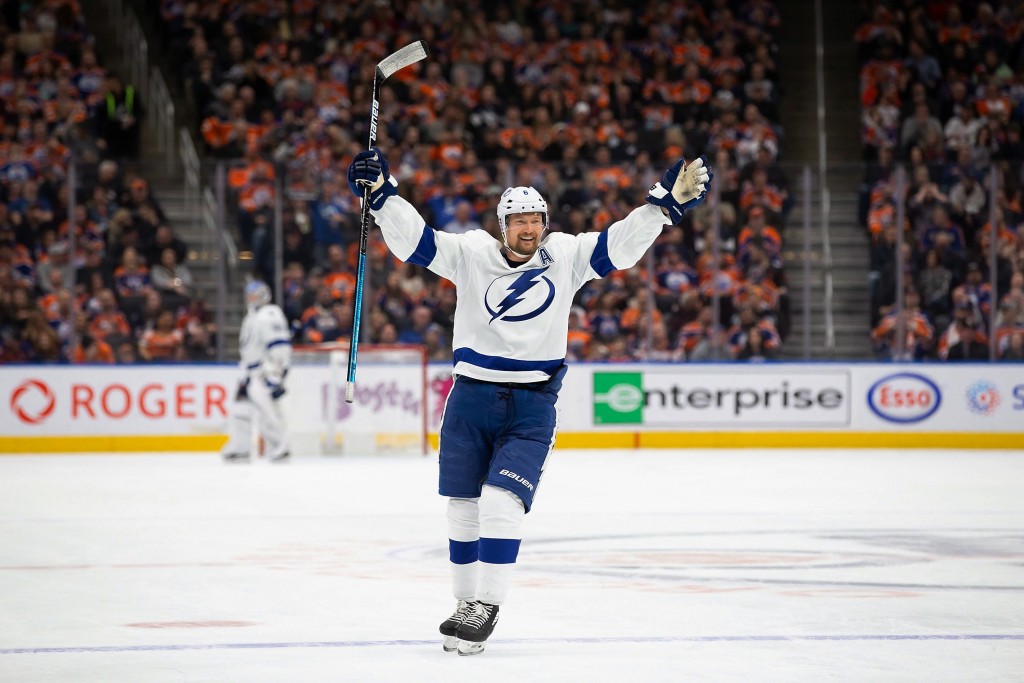 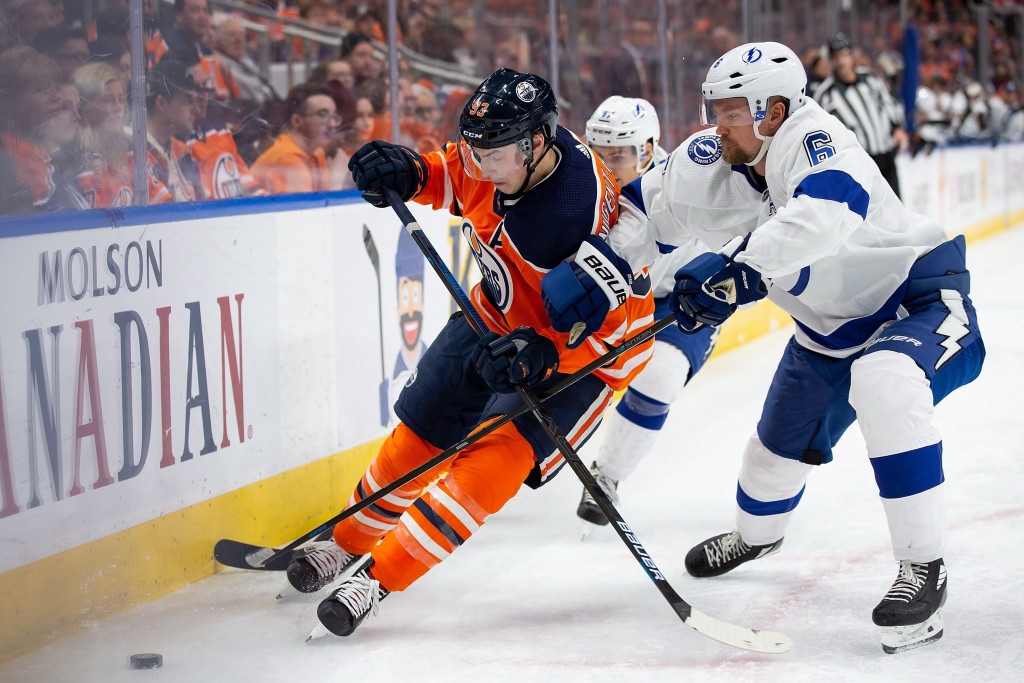 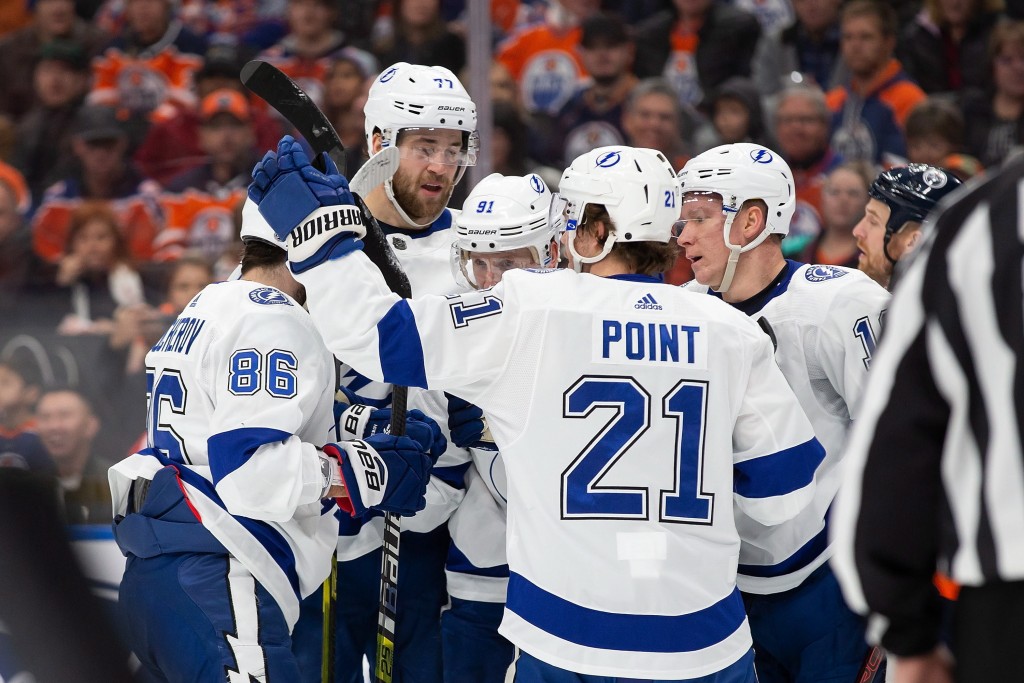 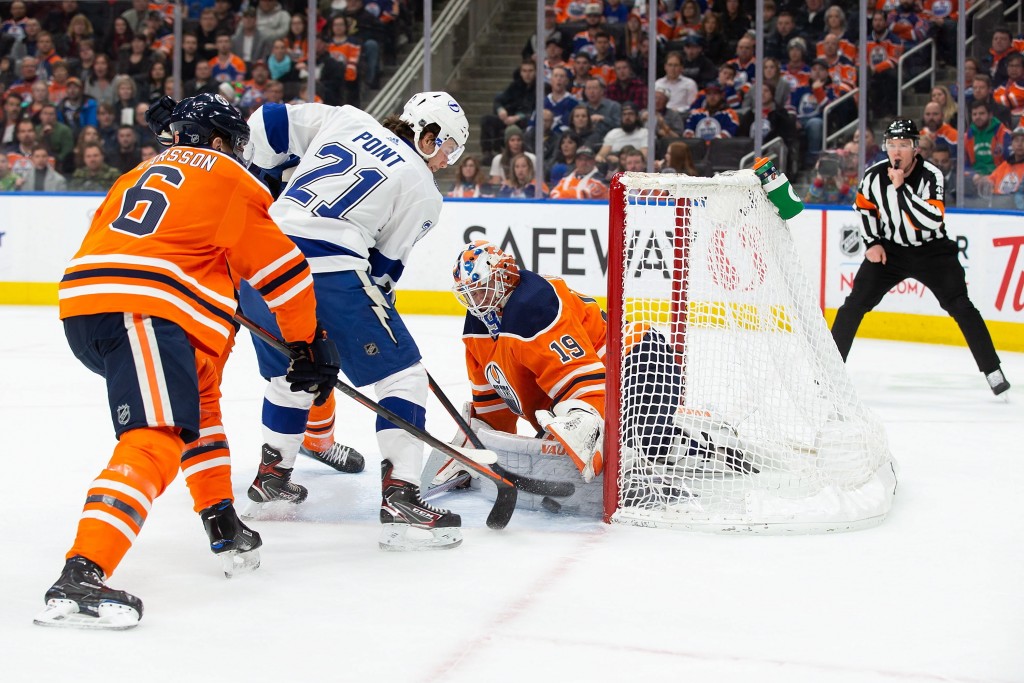 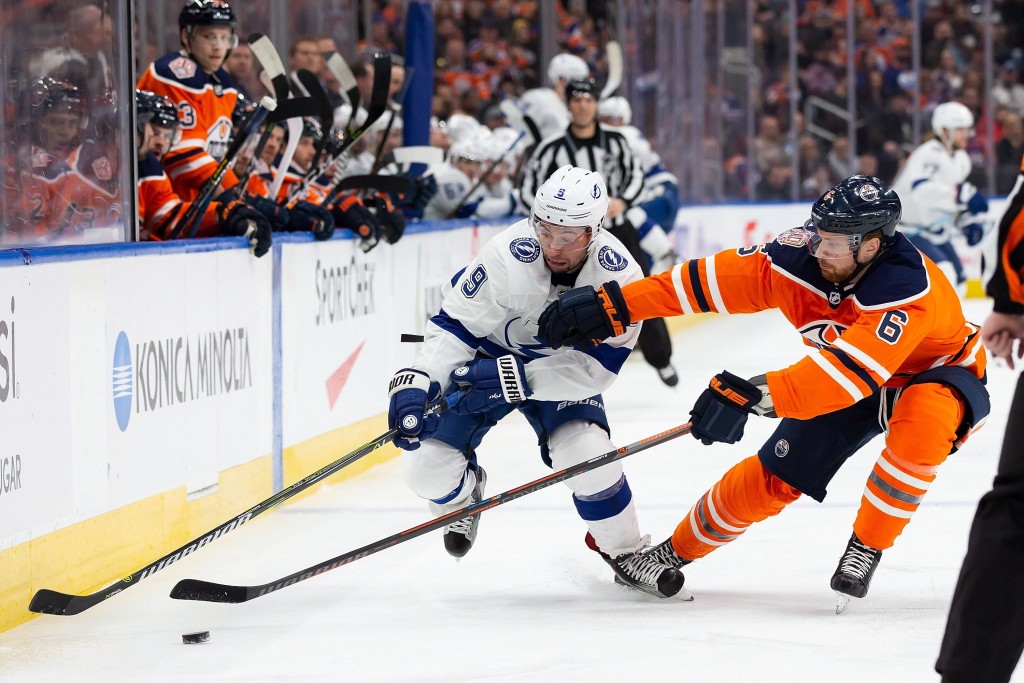 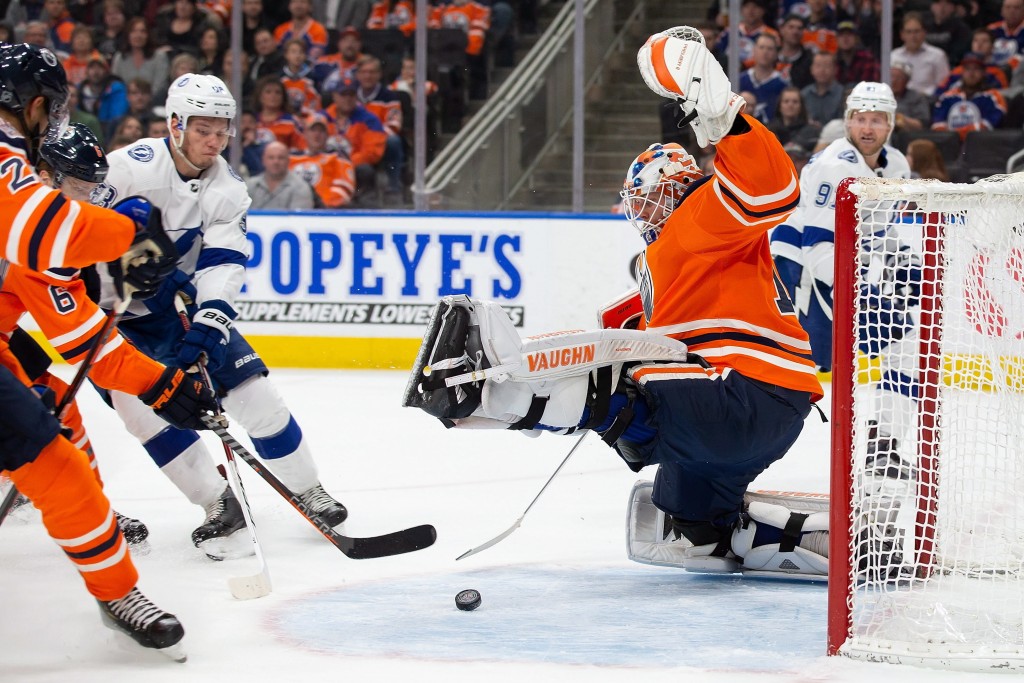 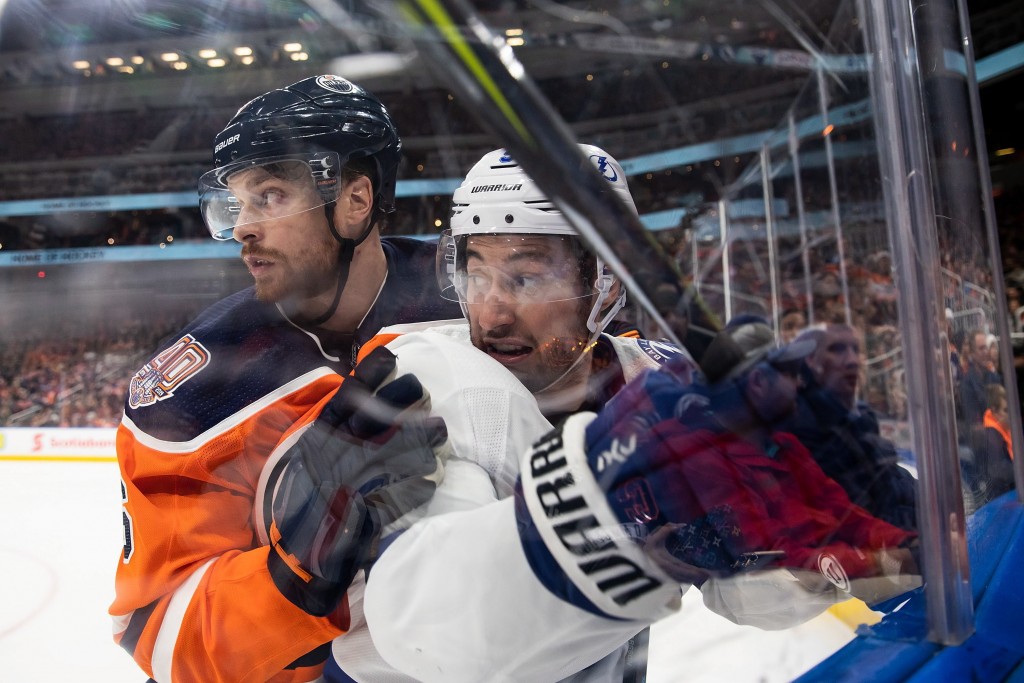 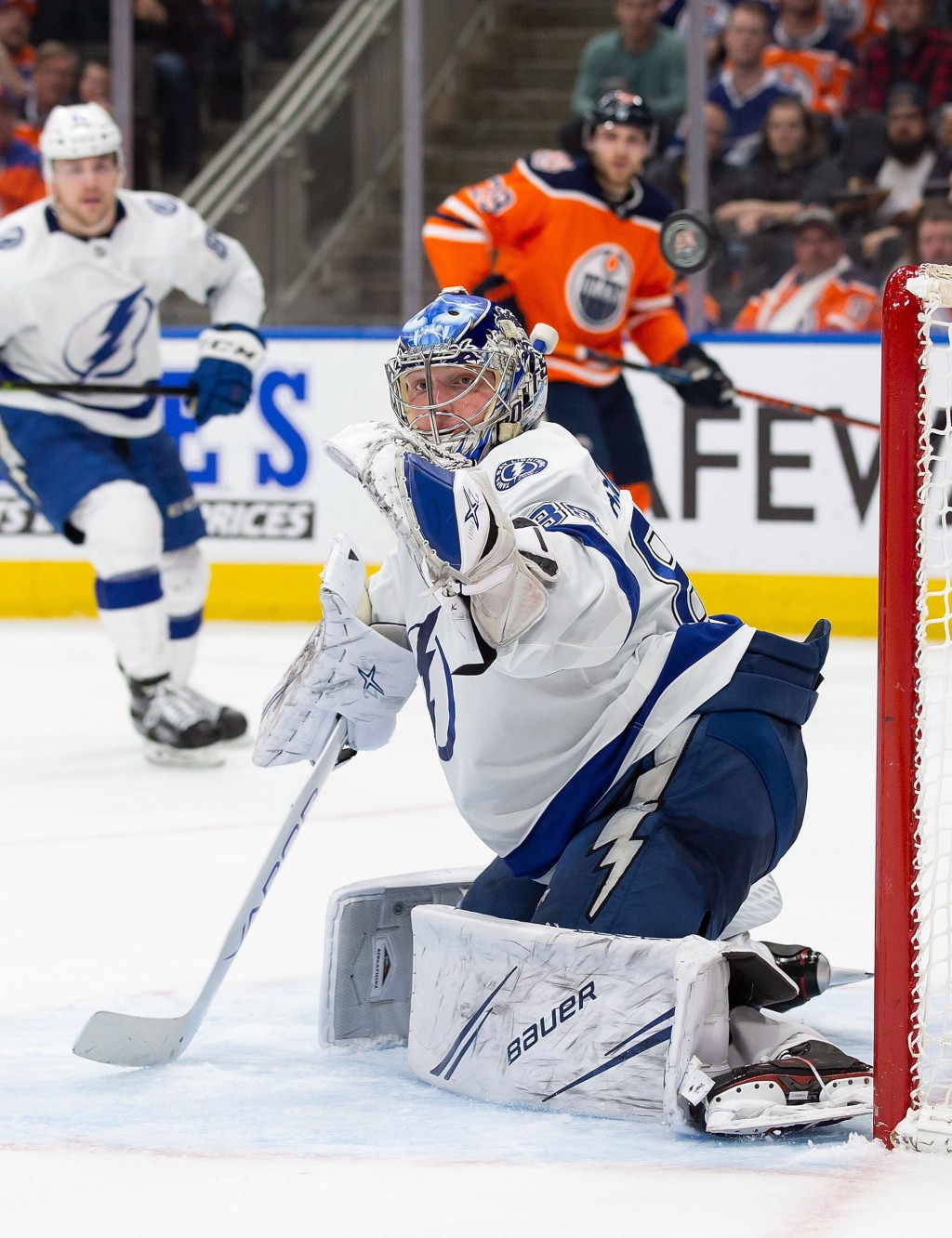 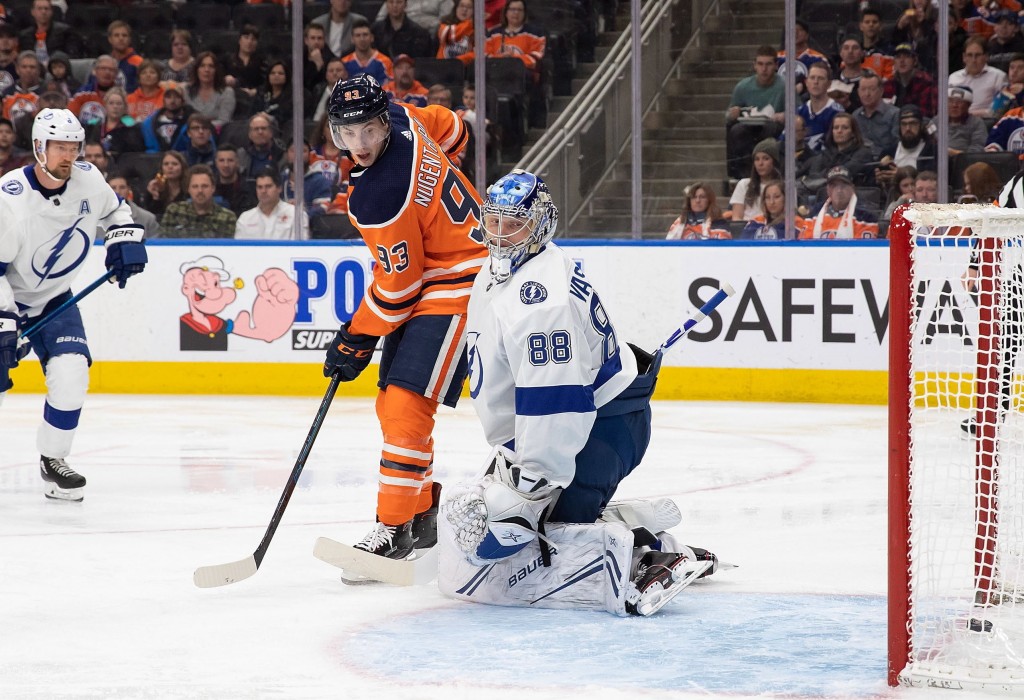 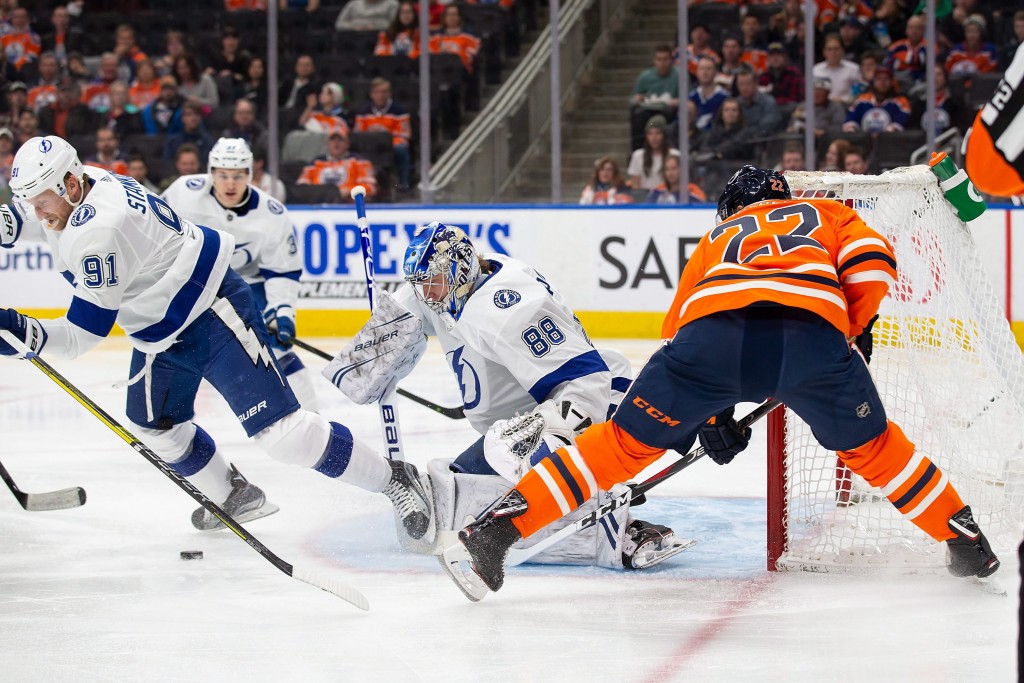 EDMONTON, Alberta (AP) — Nikita Kucherov had a goal and four assists, Steven Stamkos and Tyler Johnson each scored twice and the Tampa Bay Lightning extended their point streak to 12 games with a 6-3 victory over the Edmonton Oilers on Saturday night.

Edmonton goalie Mikko Koskinen lost for the first time on home ice this season, falling to 7-1-0.

The Oilers got on the board first midway through the opening period on a give-and-go play from McDavid to Nugent-Hopkins, who sent his 12th goal past Tampa Bay goaltender Andrei Vasilevskiy.

McDavid picked up his 200th career assist on the play, becoming the sixth player in NHL history to reach the milestone before his 22nd birthday — joining a club that includes Wayne Gretzky, Sidney Crosby, Mario Lemieux, Dale Hawerchuk and Ron Francis.

Tampa Bay tied it on a power play with three minutes left in the first when Stamkos fired a one-timer past Koskinen for his 19th of the season.

Koskinen made a huge save on Kucherov's breakaway early in the second.

The Oilers pulled back in front on the power play three minutes into the middle period when Chiasson tipped a point shot by Darnell Nurse.

Kucherov got another clear breakaway with seven minutes left in the second and this time made no mistake in scoring his 16th goal.

The Lightning went up 3-2 a minute and a half later as Miller redirected a shot from in front of the net.

Tampa Bay added to its lead four minutes into the second when Johnson pounced on a big rebound for his 15th.

Edmonton got that one back quickly on a power play as McDavid fed the puck to Draisaitl for his 17th of the season, but the Lightning put it away on Stamkos' second of the game with five minutes left and an empty-netter from Johnson.

Lightning: Return home to face the Philadelphia Flyers on Thursday after the holiday break.