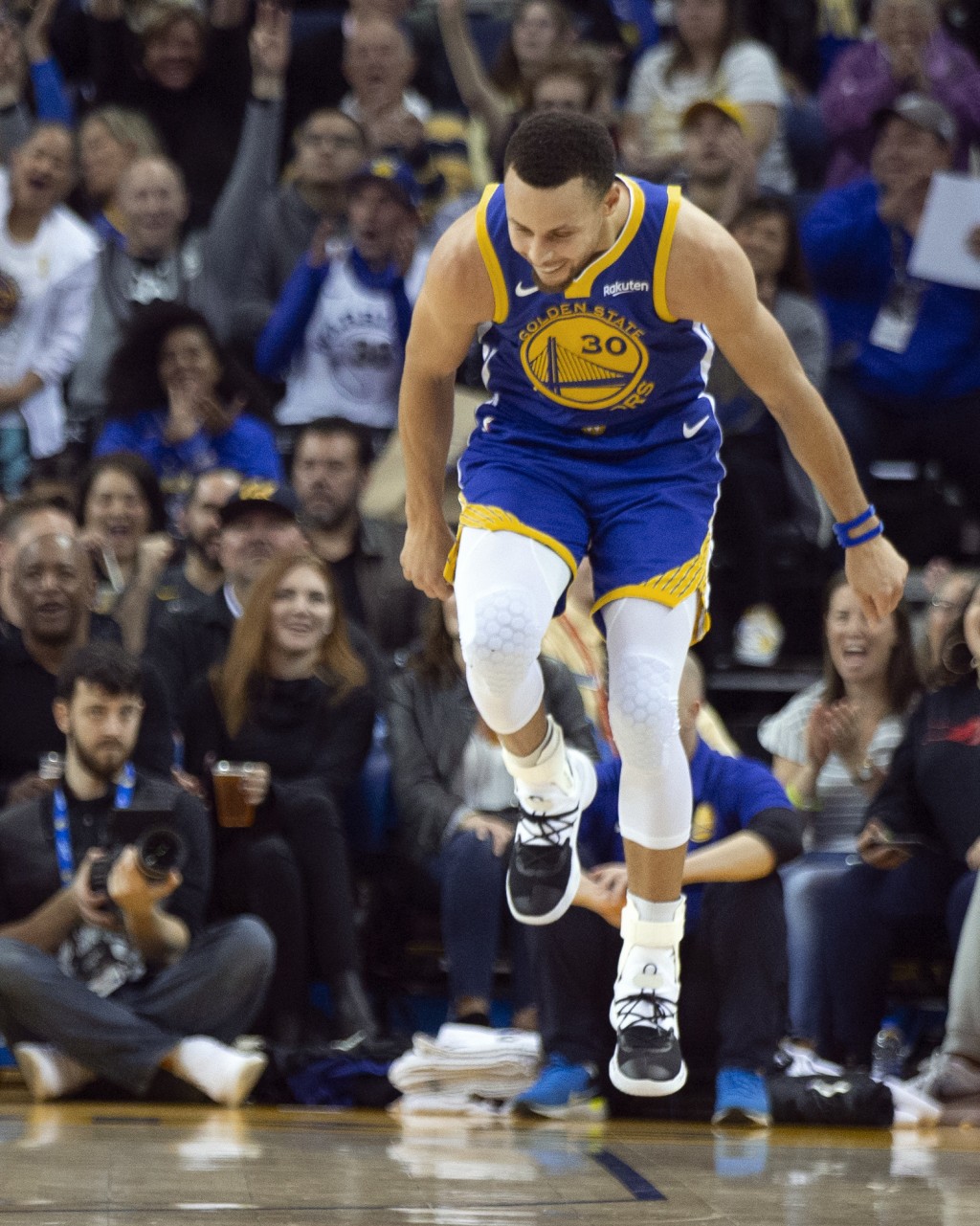 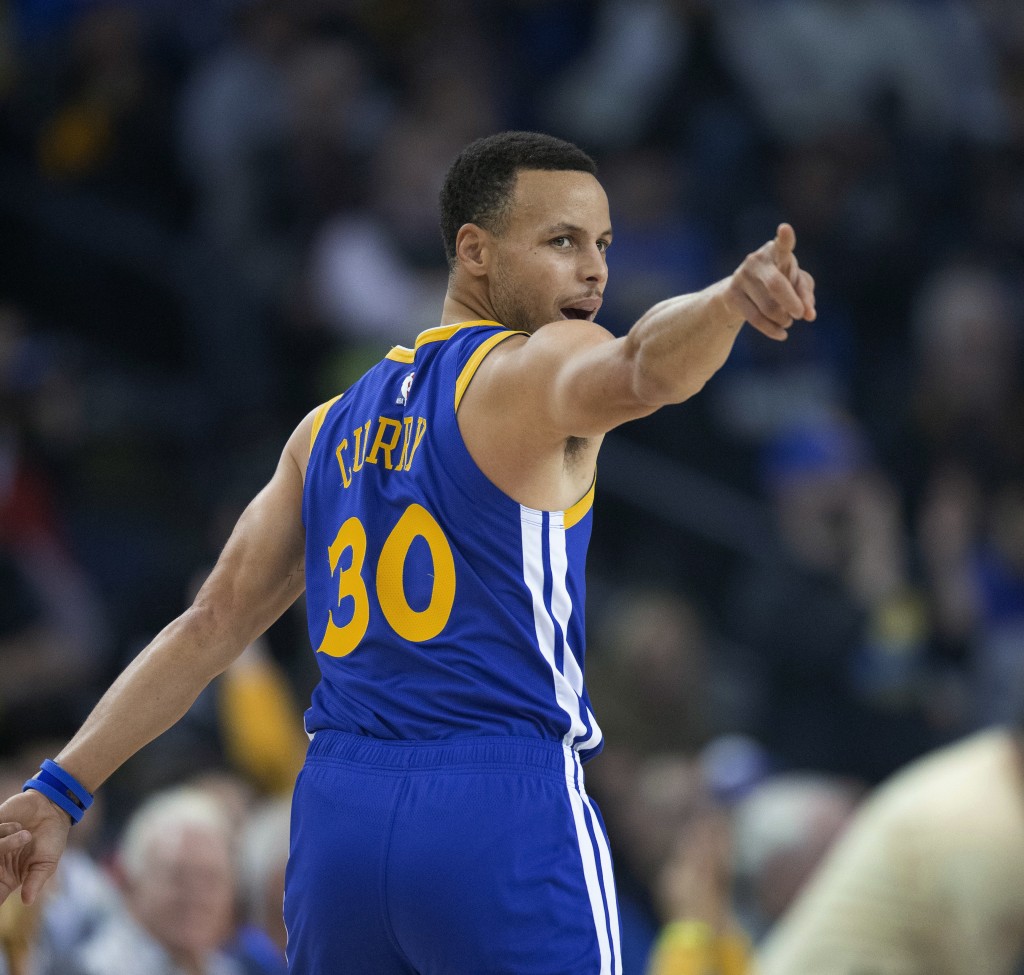 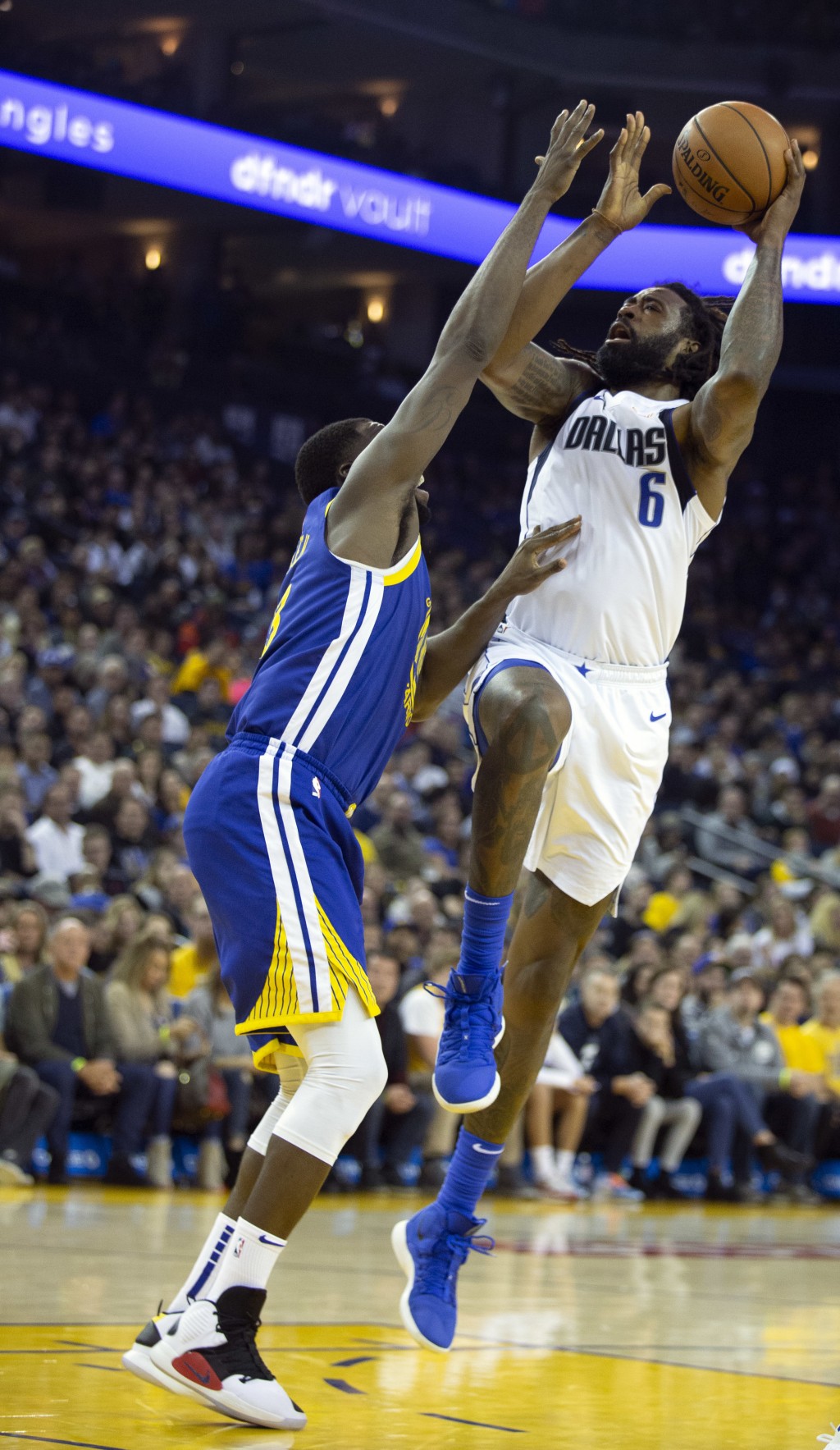 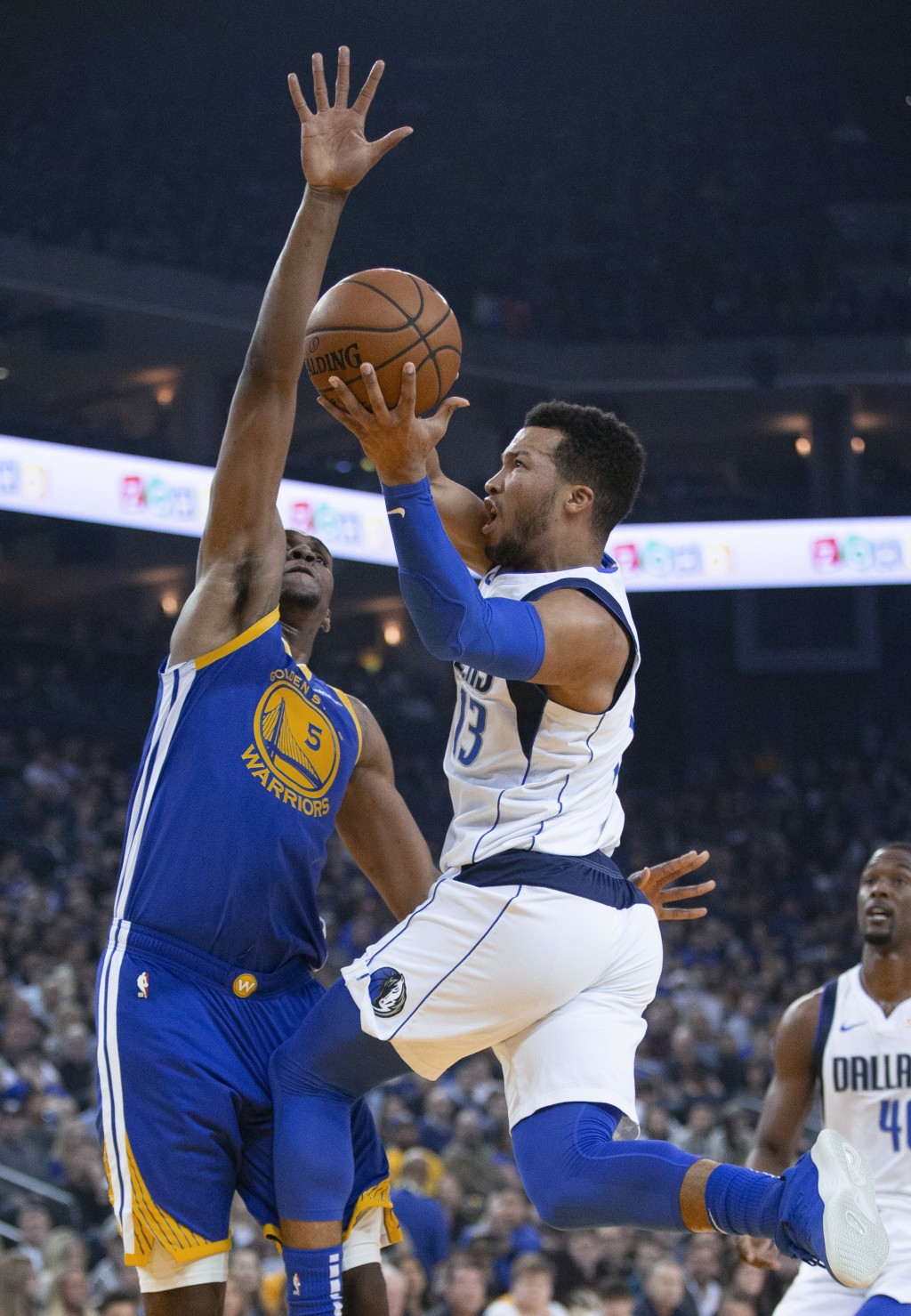 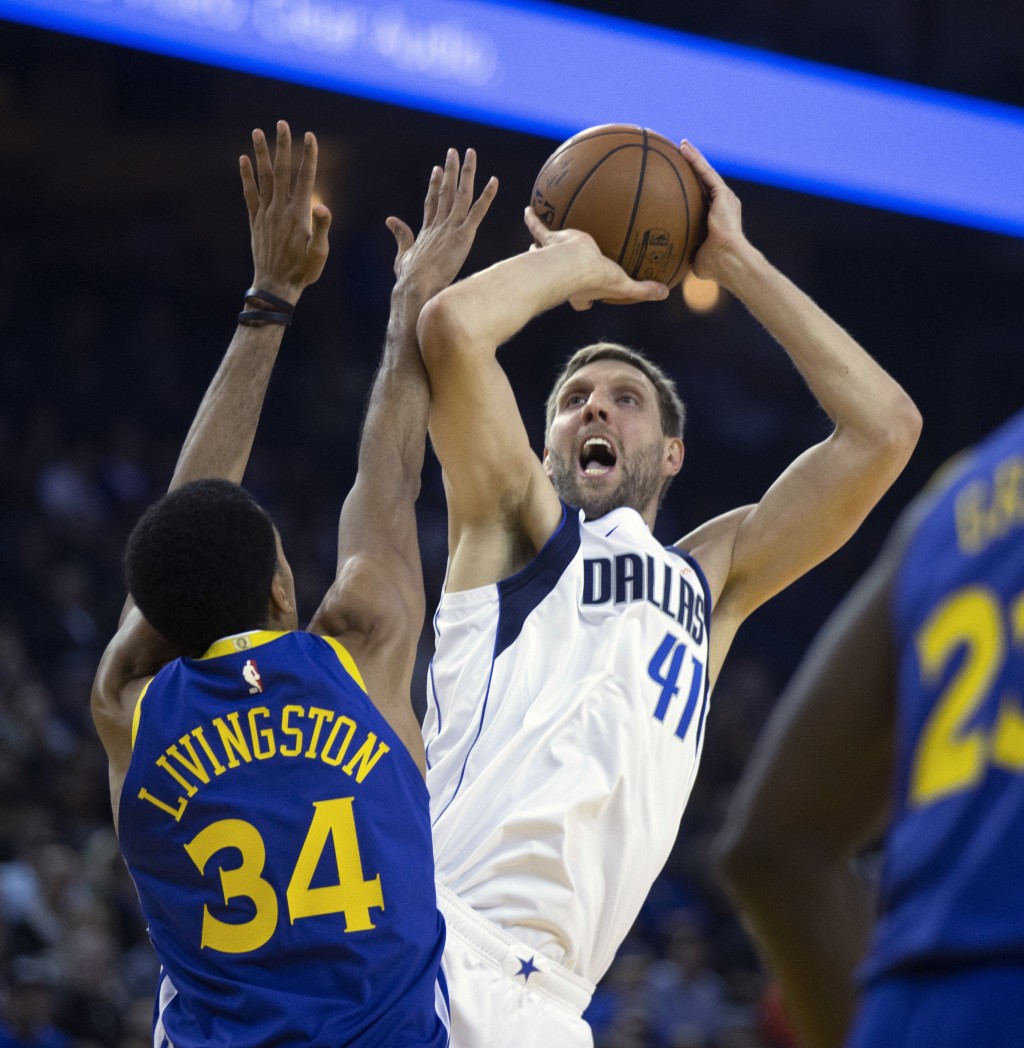 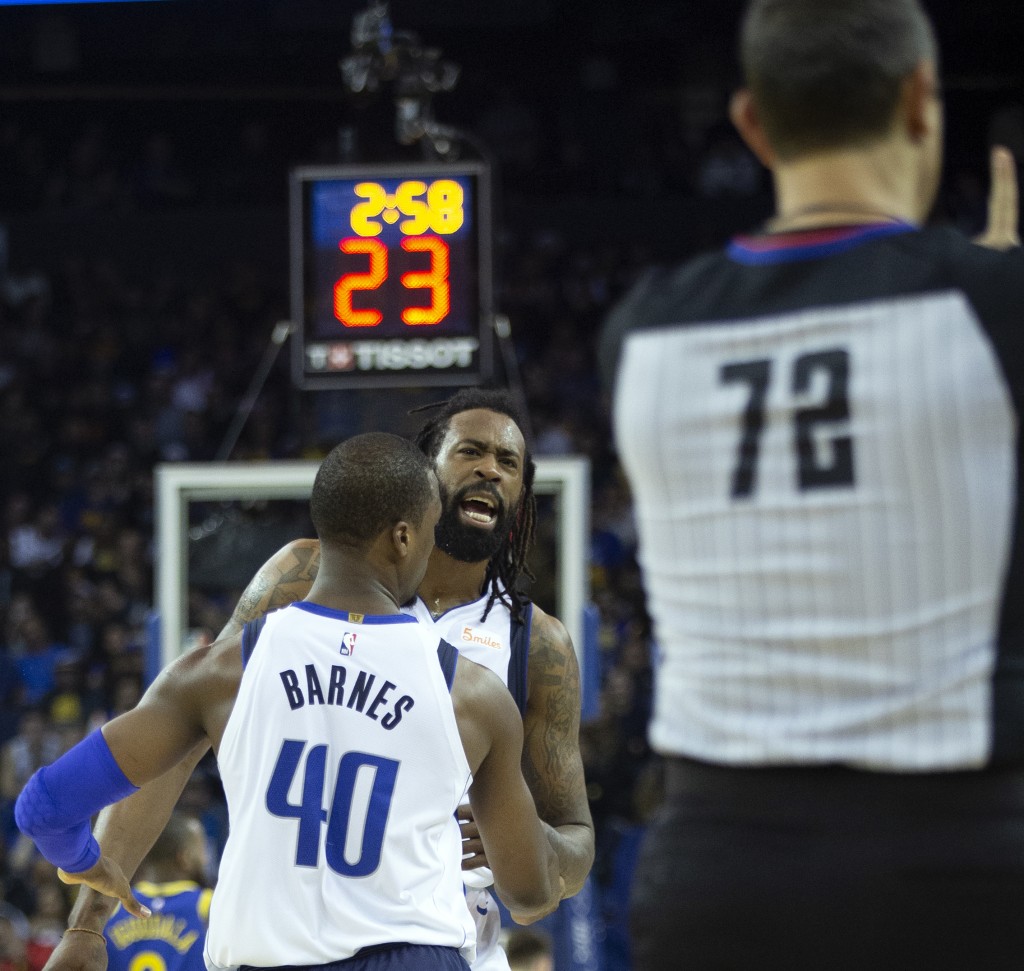 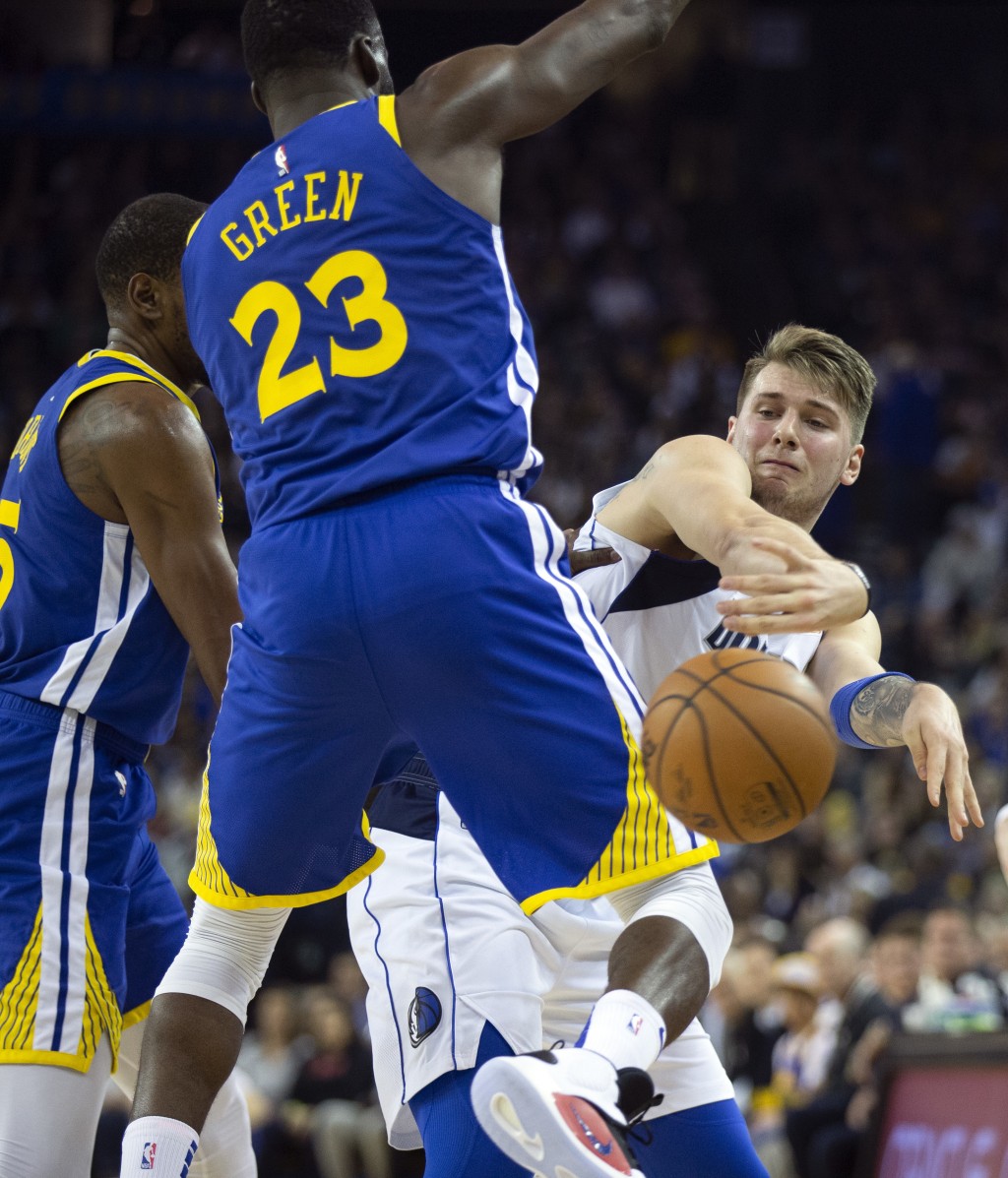 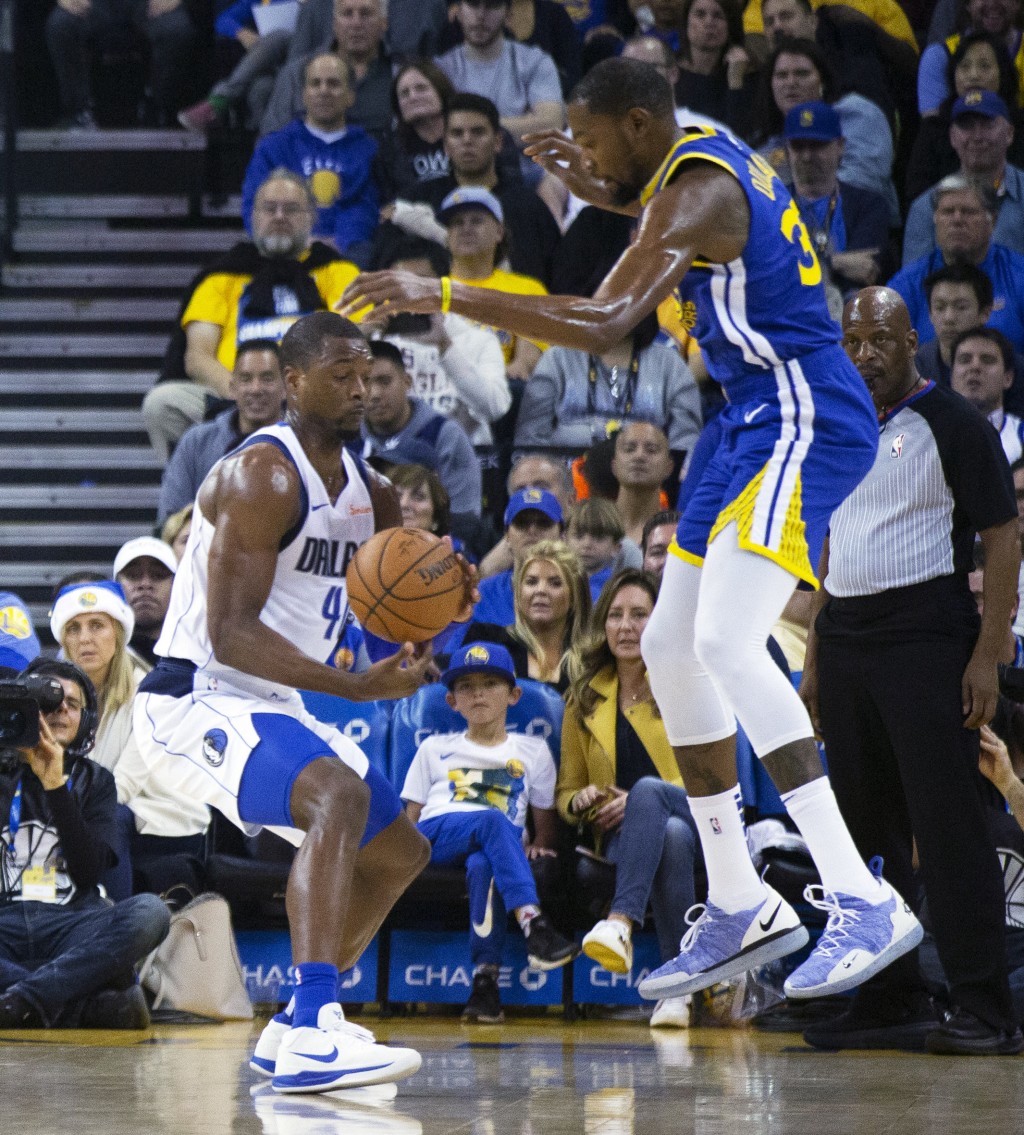 OAKLAND, Calif. (AP) — Kevin Durant had 29 points with a key 3-pointer with 15 seconds left, and added 12 rebounds and eight assists, as the Golden State Warriors held off a fourth-quarter rally and beat the Dallas Mavericks 120-116 on Saturday night.

Durant and Andre Iguodala made consecutive 3s for the Warriors late in the third for a 94-87 lead entering the final 12 minutes, then the Warriors extended the lead to double digits before the Mavericks made a game of it in the closing minutes.

Harrison Barnes' jumper with 1:20 remaining against his former team got Dallas within 117-115, then Durant missed a layup on the other end.

Stephen Curry contributed 22 points, five rebounds and five assists and Jonas Jerebko provided a nice boost with a season-high 23 points on 10-for-12 shooting with six rebounds in 21 minutes off the bench. The made field goals also were his most this season, and Jerebko received a rousing ovation when he took a seat with 6:39 to play.

Mavericks rookie sensation Luka Doncic made 5 of 11 shots with three 3-pointers in the first half for 14 of his 19 points, helping Dallas take a 61-58 lead at intermission. DeAndre Jordan matched his season high with 23 rebounds, getting 12 before the break.

Draymond Green had 14 points, 10 rebounds and five assists in Golden State's 12th straight victory against the Mavericks at Oracle Arena.

Green, limited by injuries, vowed that his shots would start falling. He hit just his second and third 3-pointers since early November, then gestured at the Mavericks to guard him. Green had been 1 of 16 from deep since making two on Halloween.

Wesley Matthews scored 25 points on 9-for-15 shooting as Dallas lost its fifth straight.

The Mavericks beat the two-time defending champions 112-109 at Dallas on Nov. 17.

Both teams played the first night of back-to-backs.

Georgia Wilton, an usher at Oracle Arena for 23 years, was honored during the second quarter with a tribute on the scoreboard from Warriors COO Rick Welts. Her photo was shown with the message "In Loving Memory of Georgia Wilton."

Her daughters, June and Carol, were in attendance and shown on the screen.

Mavericks: Jordan's rebounds were four off his career-best of 27. ... Barnes made three of his initial five shots for eight quick points and scored 17, but missed all seven of his 3-point tries. ... G Dennis Smith Jr. sat out his ninth game with a sprained right wrist. ... The Mavericks dropped to 2-13 on the road and 1-11 away vs. the Western Conference. ... Dallas hasn't won on the Warriors' home floor since a 112-103 victory on April 12, 2012.

Warriors: Golden State is 7-4 following a loss after falling 108-103 at Utah on Wednesday. ... Playing again Sunday, this will be the second of three back-to-backs in which both games are home for Golden State.