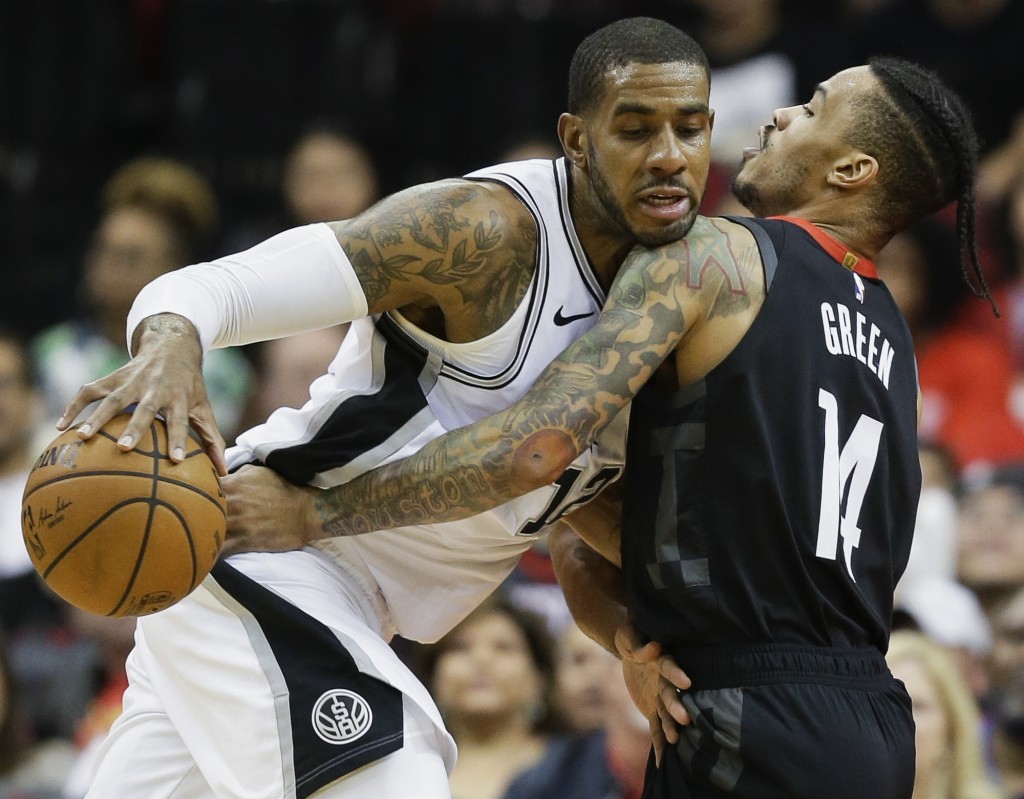 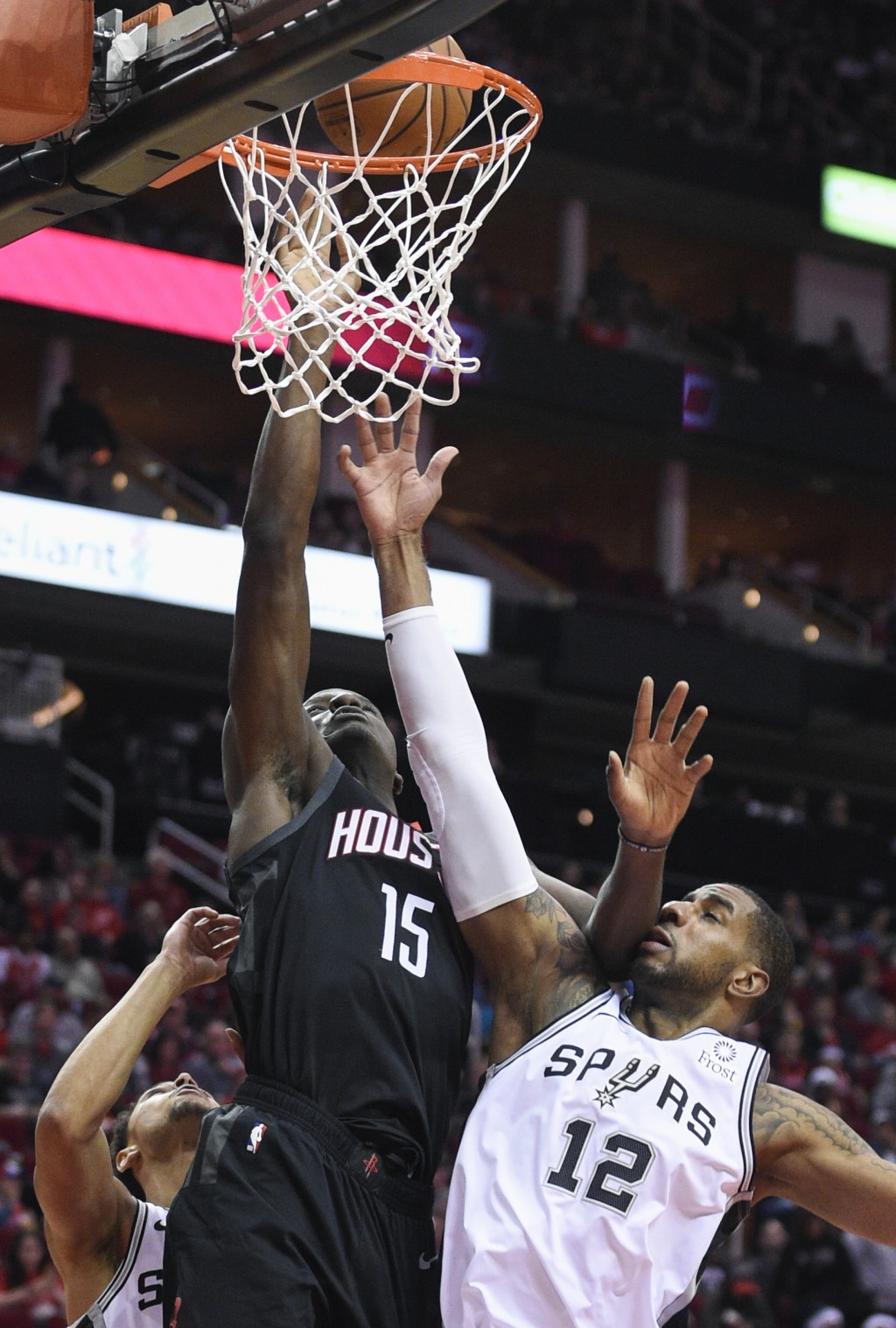 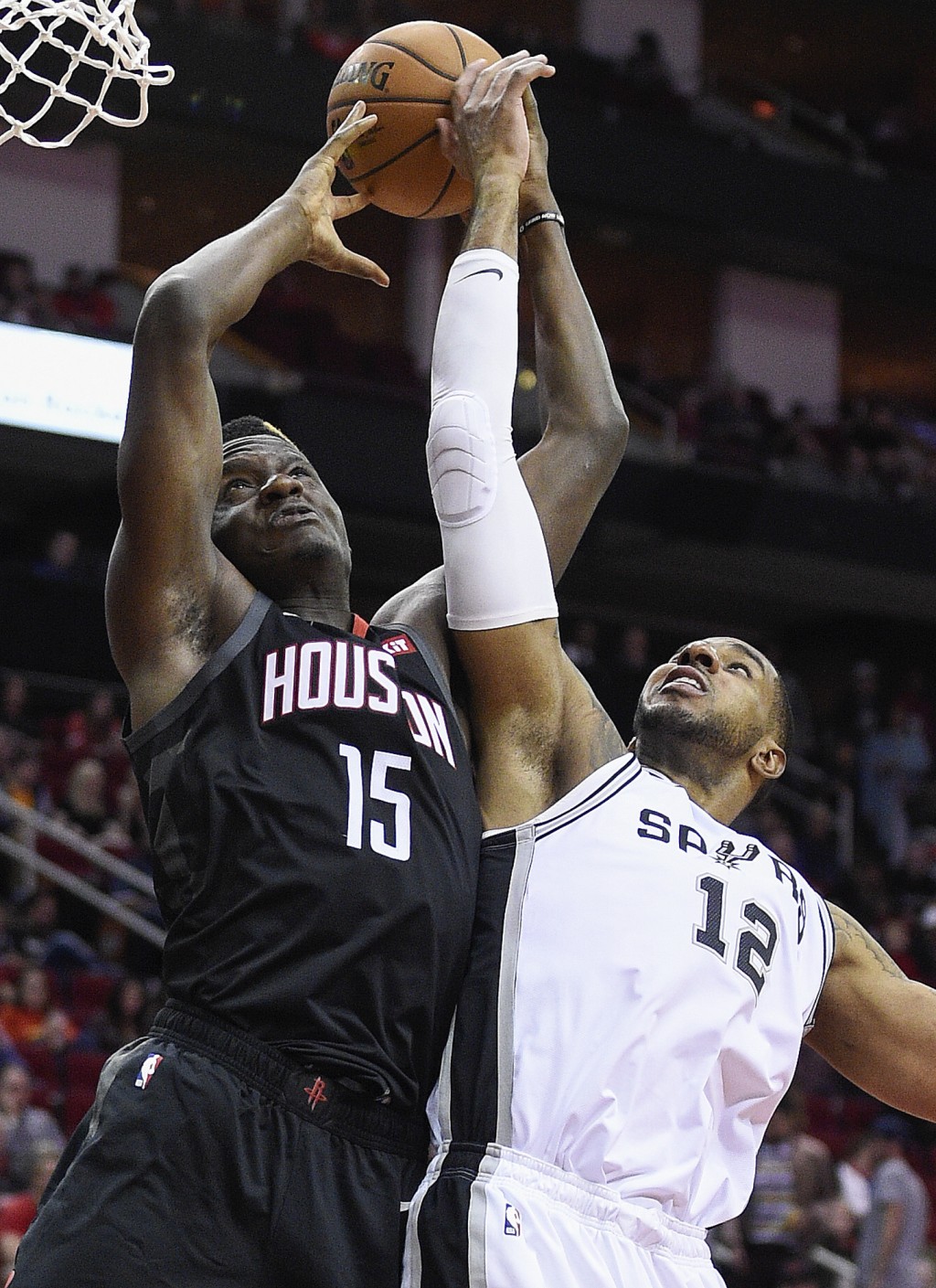 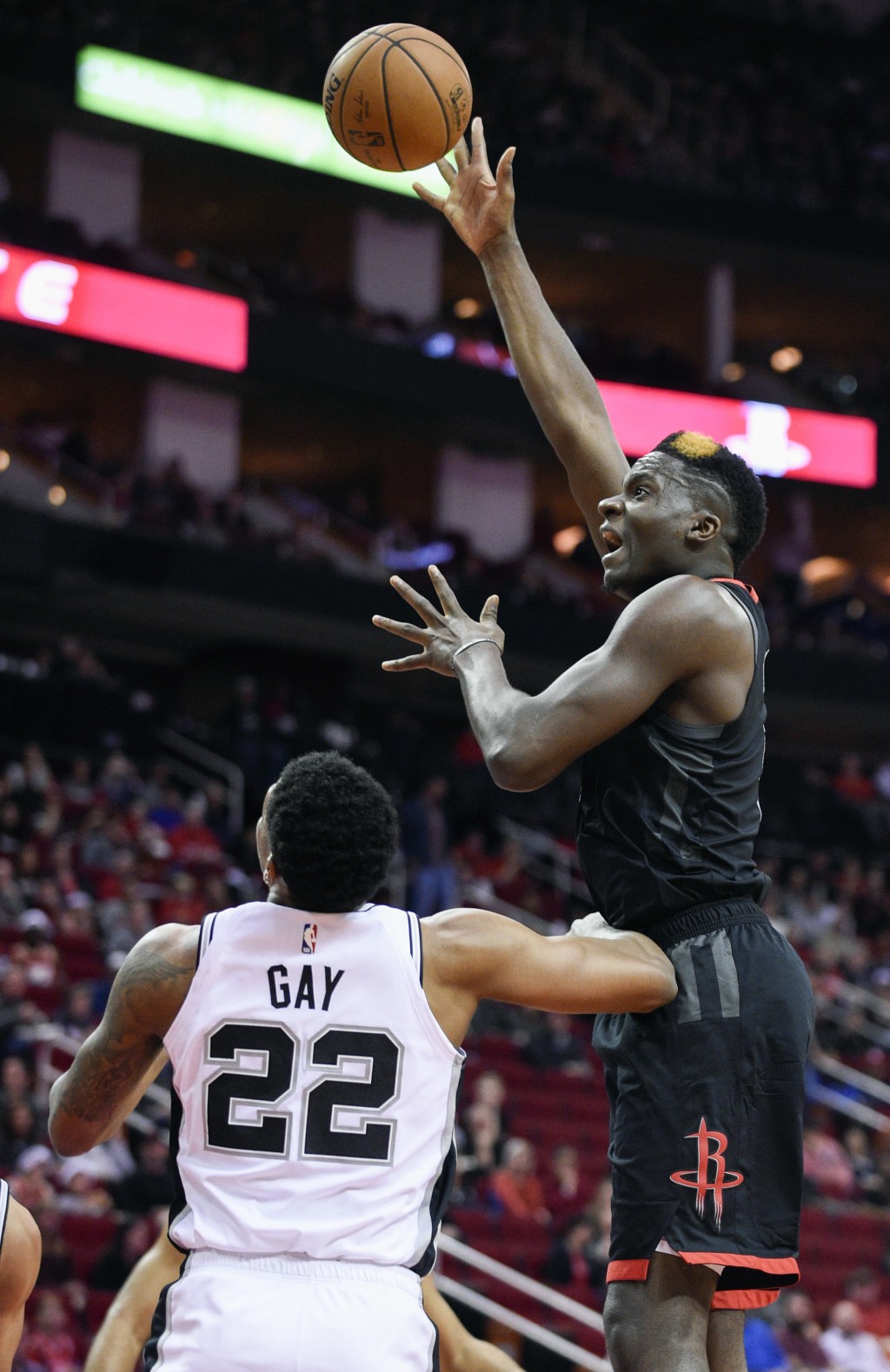 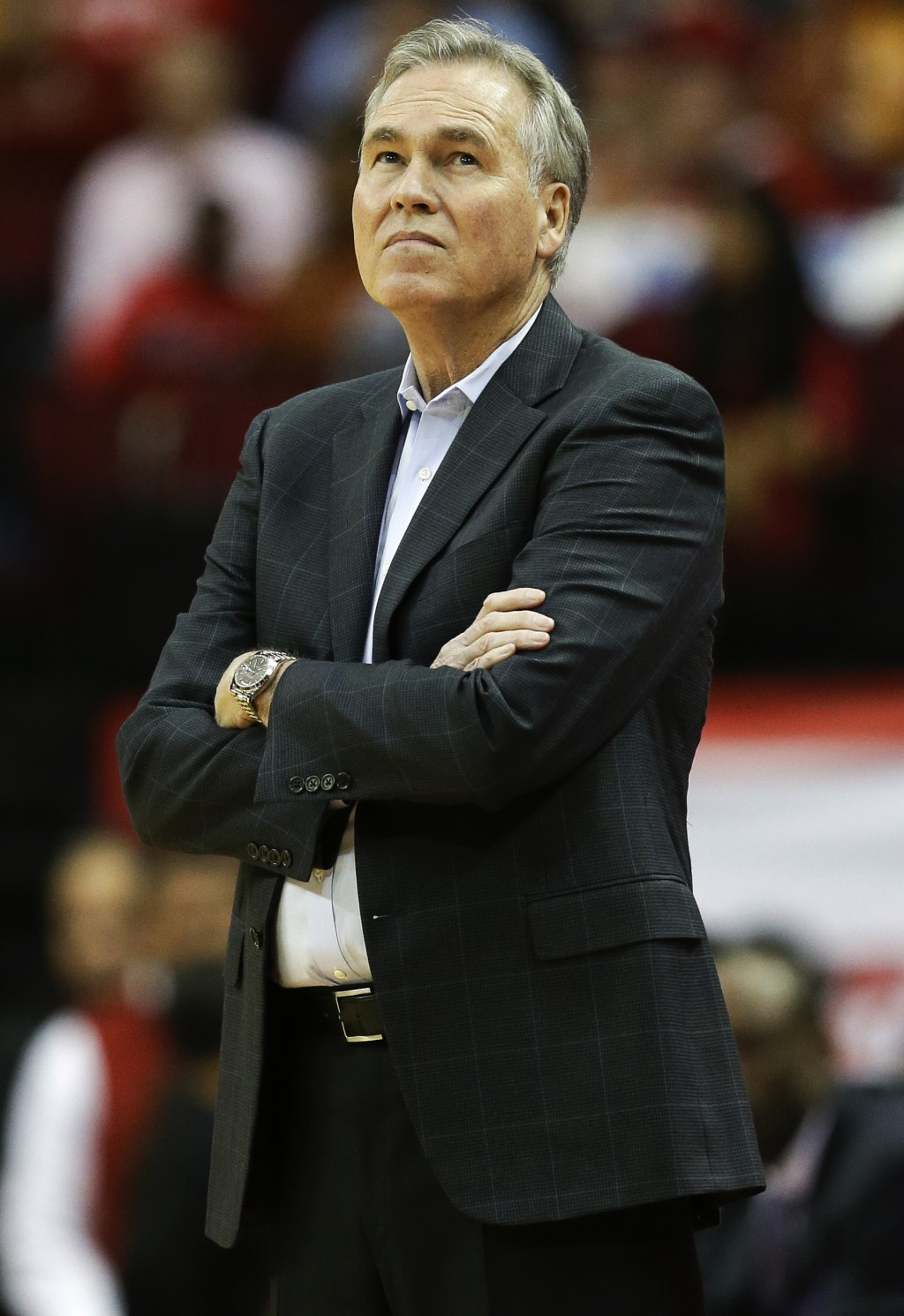 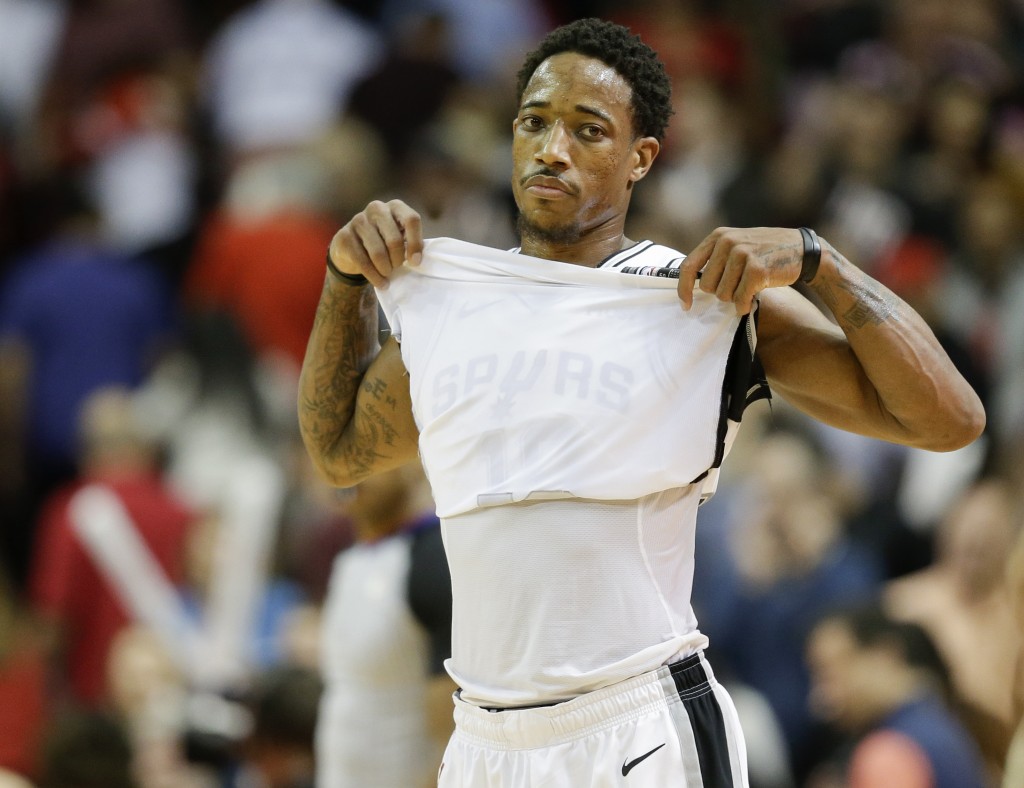 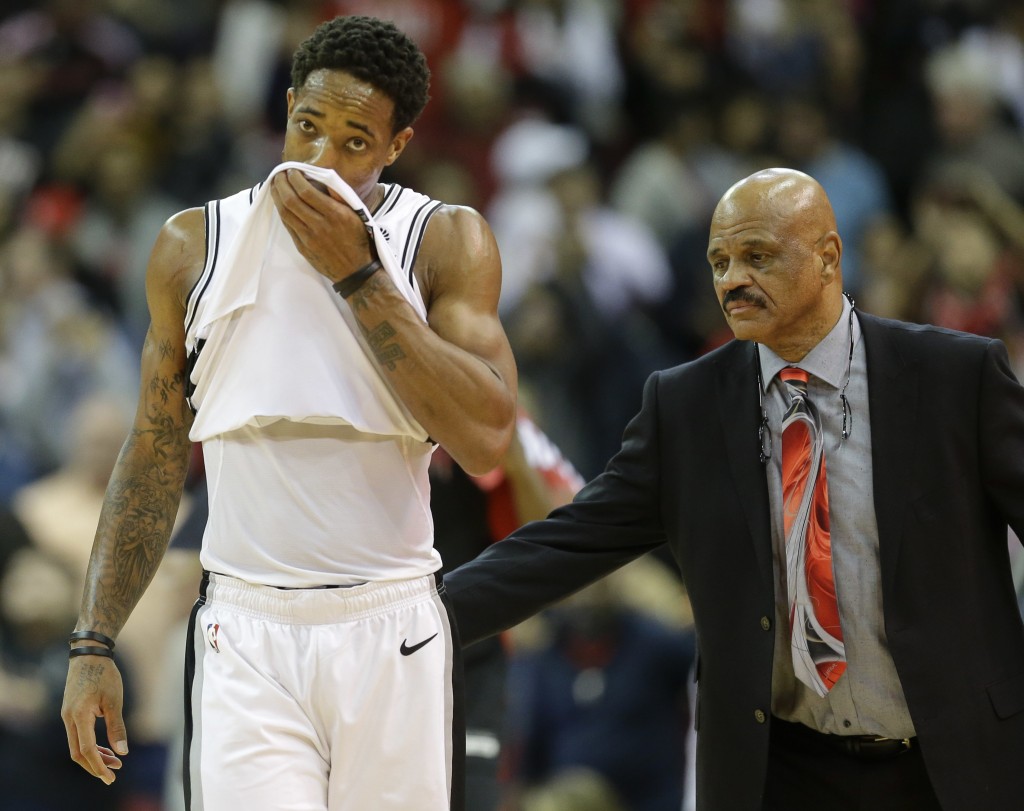 HOUSTON (AP) — James Harden had 39 points and 10 assists to lead the Houston Rockets past the San Antonio Spurs 108-101 on Saturday night.

Clint Capela had 21 points and a season-high 23 rebounds, and Eric Gordon had 18 points on 4-of-12 shooting from 3-point range.

The Rockets were playing without point guard Chris Paul, who suffered a Grade-2 left hamstring strain on Thursday night in Miami and is expected to be out at least two-to-four weeks. Houston entered Saturday winless in five games without Paul this season.

The Rockets scored 43 points in the third quarter and carried 15-point in the final period. That followed one of their lowest-scoring first two periods of the season, including a 13-point second quarter. San Antonio led 43-41 at the break.

The Spurs overcame a 17-point, fourth-quarter deficit to briefly take a late lead. But 3-pointers by Eric Gordon and Harden in the final two minutes helped put Houston over the top.

Danuel House Jr. made his first start of the season for Houston. In 28 minutes, House had four points and three rebounds.

Houston missed its first seven shots of the second quarter and went scoreless through the first five minutes of the period. The Rockets ended up with just 13 points in the second quarter, but trailed by just two points at halftime.

The Rockets have won six of their last seven, while the Spurs lost for just the second time in their last nine games.

Spurs: San Antonio fell to 1-8 when being outrebounded by an opponent on the road. The Spurs were outrebounded 58-43 and gave up a season-high 19 offensive rebounds. ... SG Derrick White had three blocks in the game.

Rockets: Backup PG Brandon Knight was playing under a minutes' restriction that was capped at 20, coach Mike D'Antoni said before the game. Knight played 12 minutes in the game. ... SF James Ennis III missed his sixth straight game with a right hamstring strain.