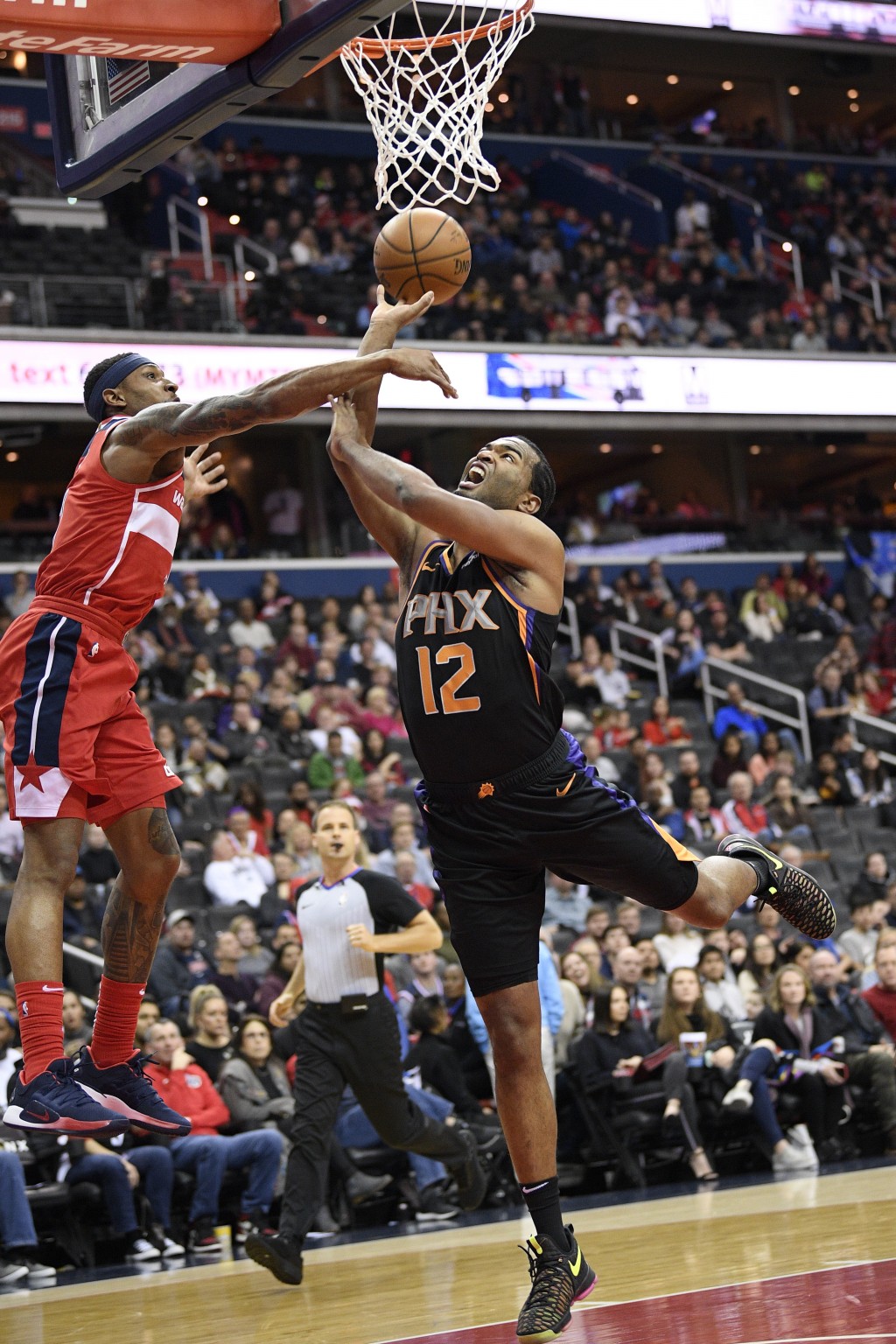 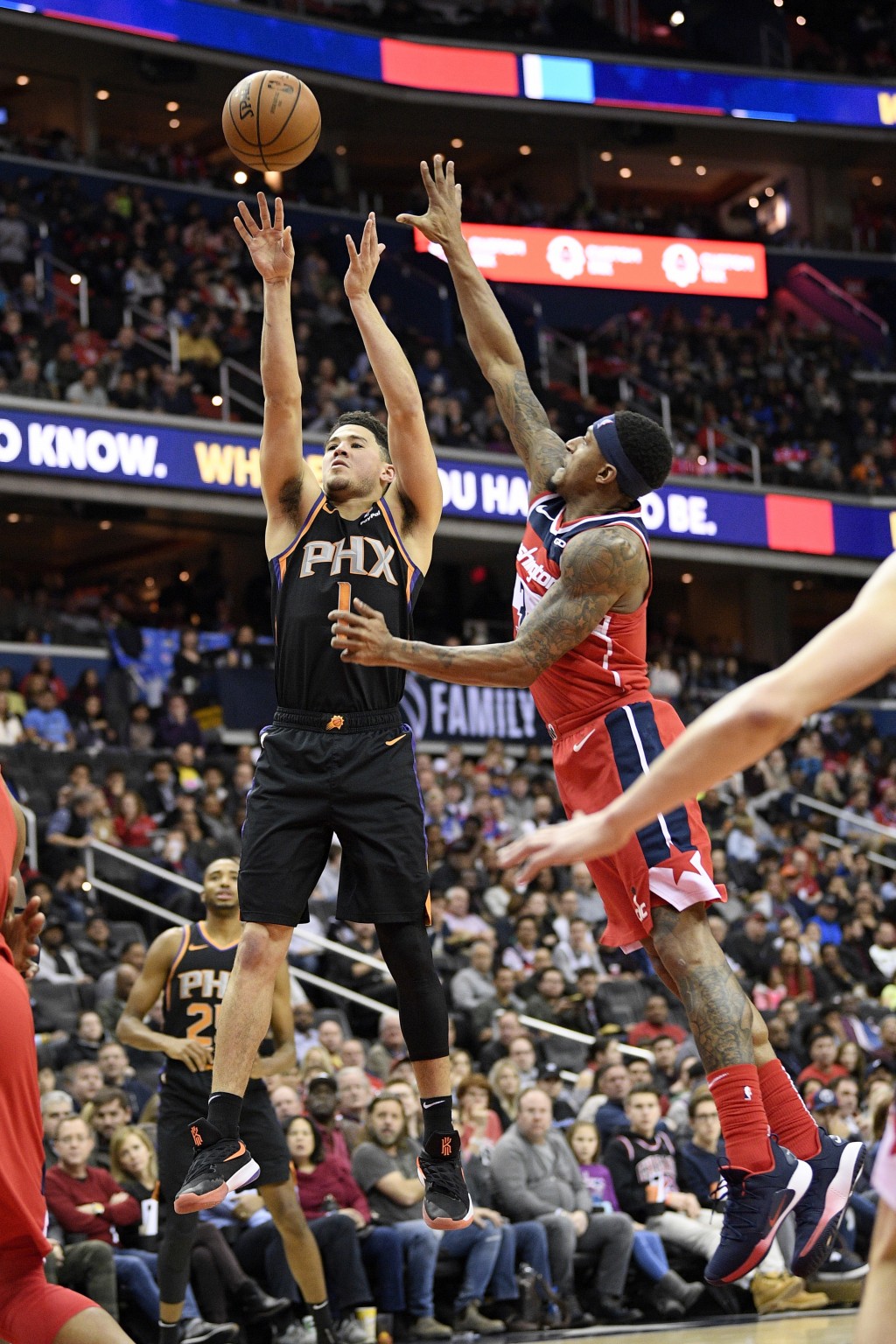 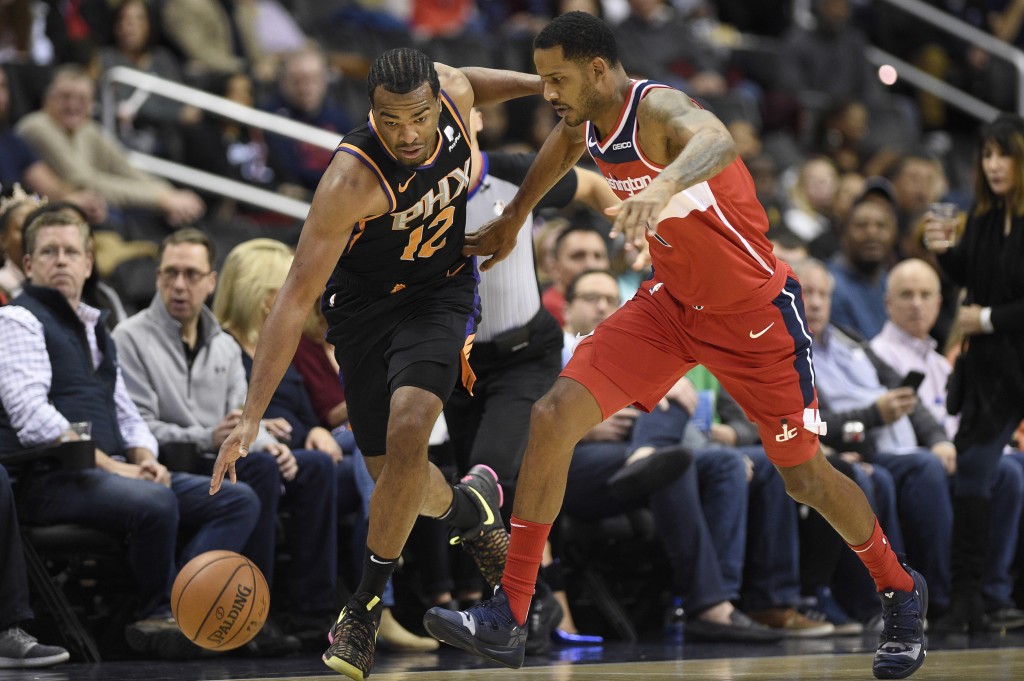 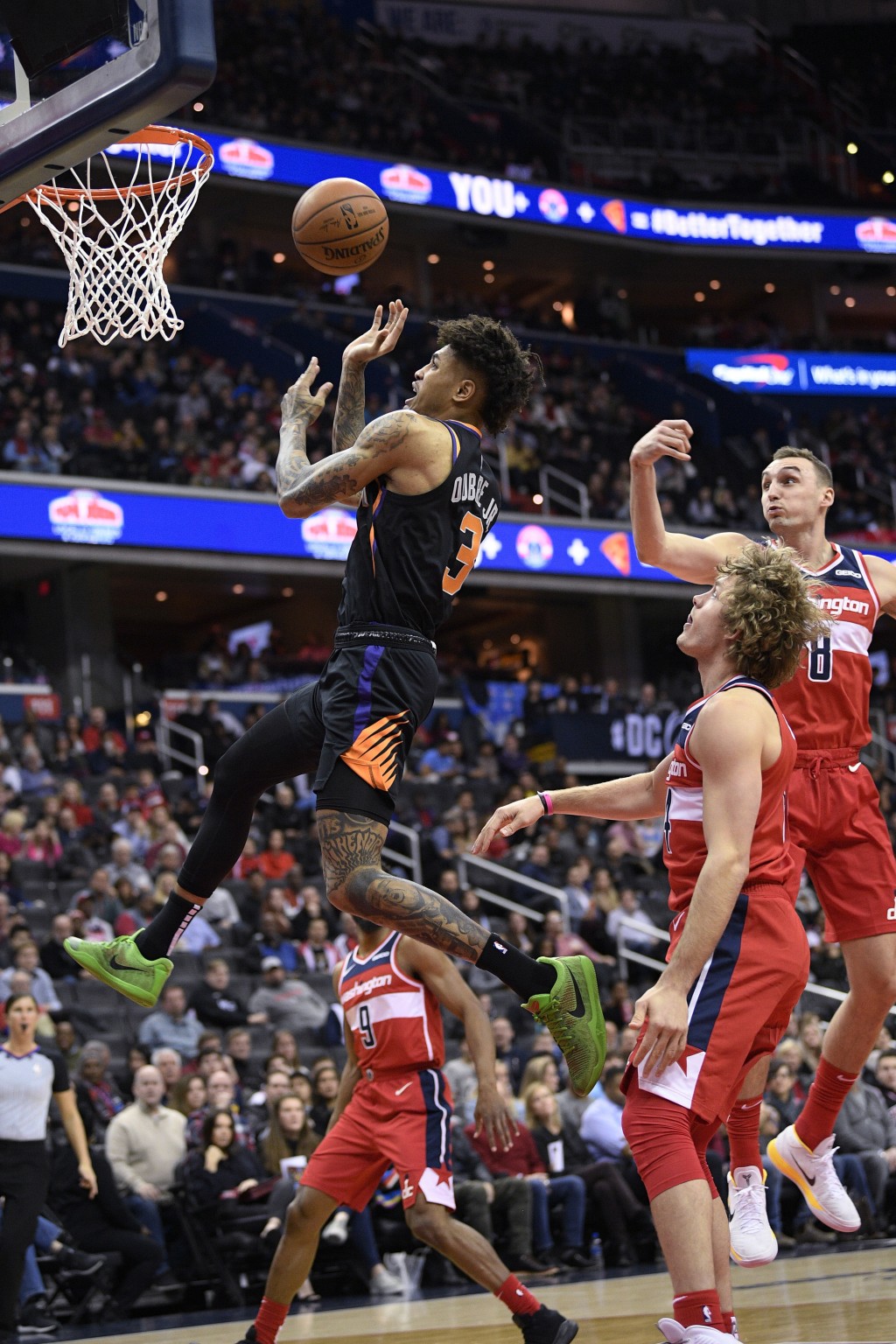 WASHINGTON (AP) — Bradley Beal had 40 points and his first career triple-double to lift the Washington Wizards over the Phoenix Suns 149-146 in triple-overtime Saturday night.

With All-Star point guard John Wall sidelined due to illness, Beal scored 10 points in the third overtime, including a slicing layup that made it 146-144 with 40 seconds left. He also had a career-high 15 assists and 11 rebounds.

Thomas Bryant added a career-high 31 points, hit all 14 of his shots and made all three of his free throws. At one point, Bryant scored 16 of 18 points for Washington across a stretch of the first and second overtime. He also had 13 rebounds.

Devin Booker had 33 points and 14 assists for the Suns, who ended their four-game winning streak after giving back a seven-point lead late in the fourth quarter.

Deandre Ayton had 26 points and 17 rebounds for his fifth consecutive double-double but fouled out midway through the second overtime.

After going scoreless for nearly a 10-minute stretch in overtime, Beal scored eight straight points for Washington in the third extra period.

Later, he cut through several defenders for a layup that gave the Wizards the lead for good, 146-144.

Tomas Satoransky and Jeff Green combined to make three of four free throws, with Booker hitting a leaning shot on the other end. Booker tried to set up T.J. Warren for a tying 3-pointer, but Warren's shot came after the buzzer.

Beal missed a potential winning floater to end the first overtime period, and Booker had his shot from a similar spot rim out to end the second.

Suns: F Kelly Oubre entered to an ovation from the Washington crowd with 5:02 left in the first. After playing his first three-plus NBA seasons with the Wizards, Oubre was traded with Austin Rivers to Phoenix for Trevor Ariza last week. ... Oubre had 20 points, including 15 in the fourth quarter or later. ... Ayton has 20 double-doubles, the most by a rookie this season.

Wizards: Beal recorded double-digit assists for the second time this season after contributing 11 in a loss at New Orleans on Nov. 28.

Suns: Continue their road trip at Brooklyn on Sunday.