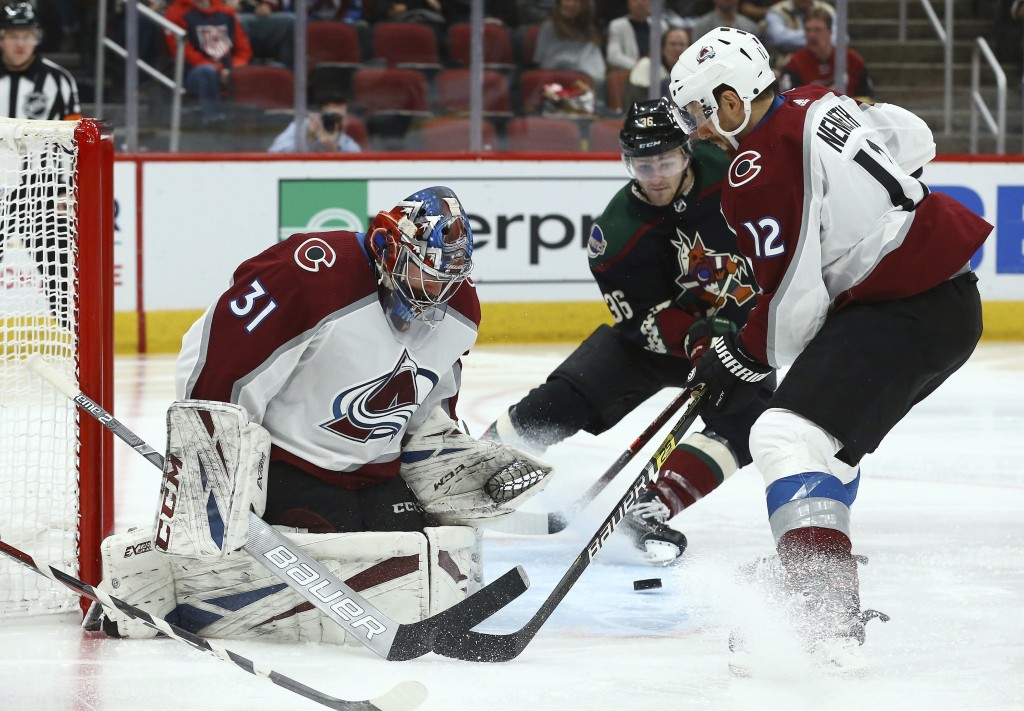 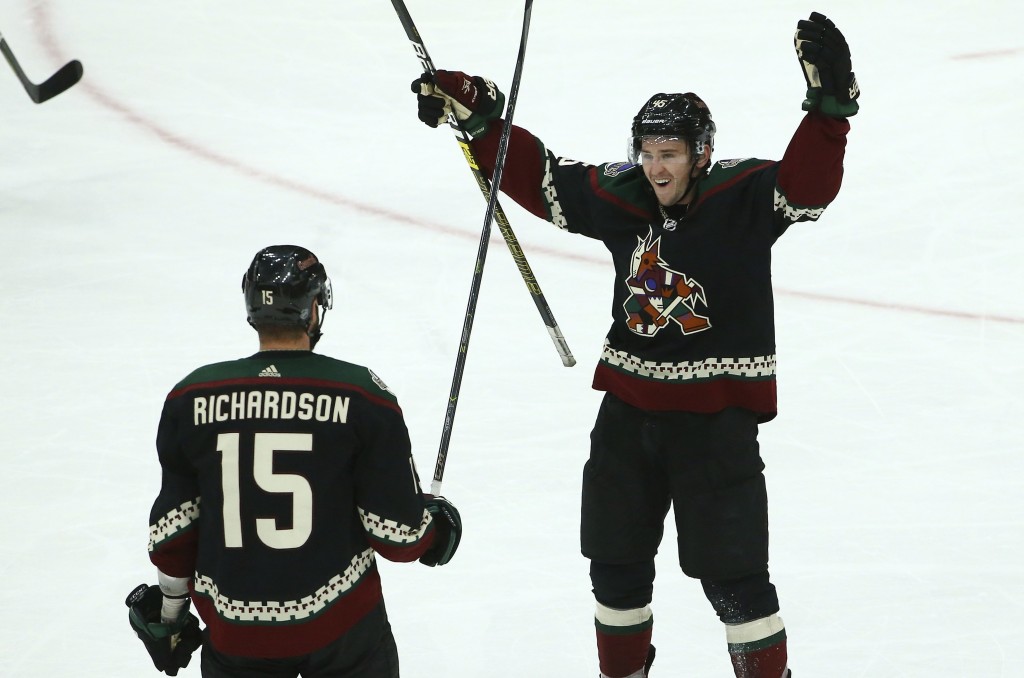 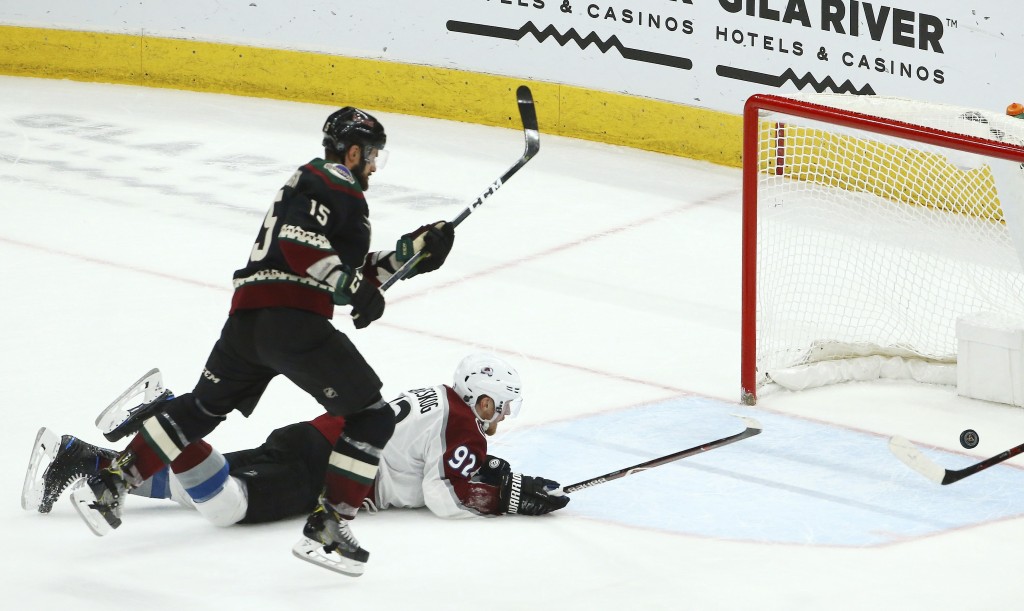 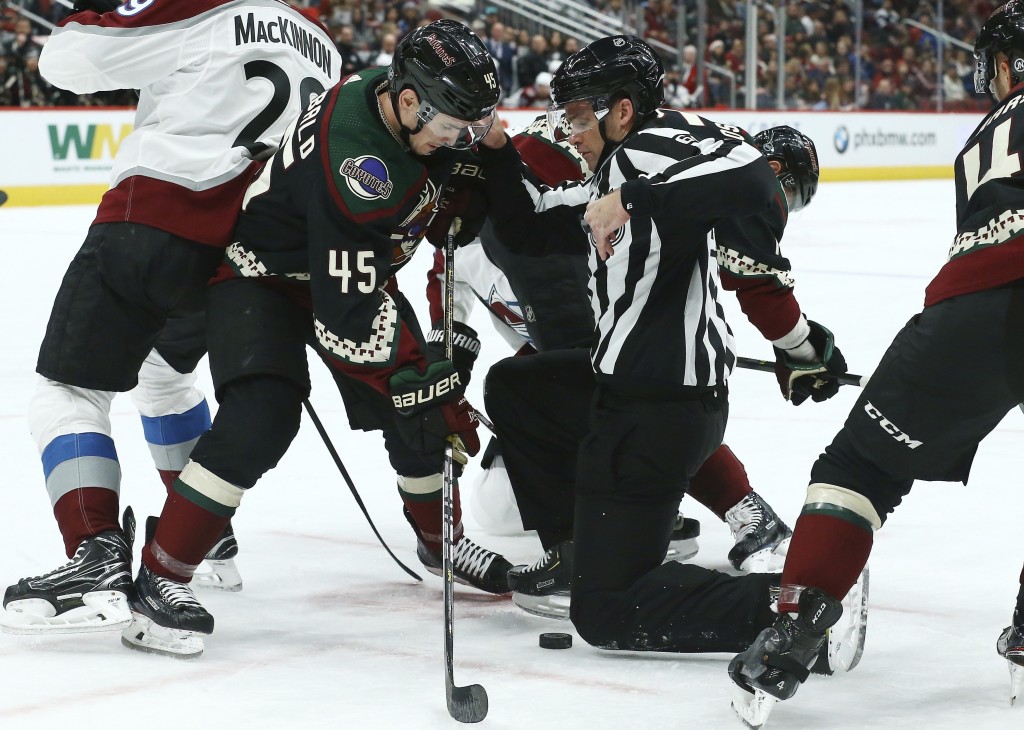 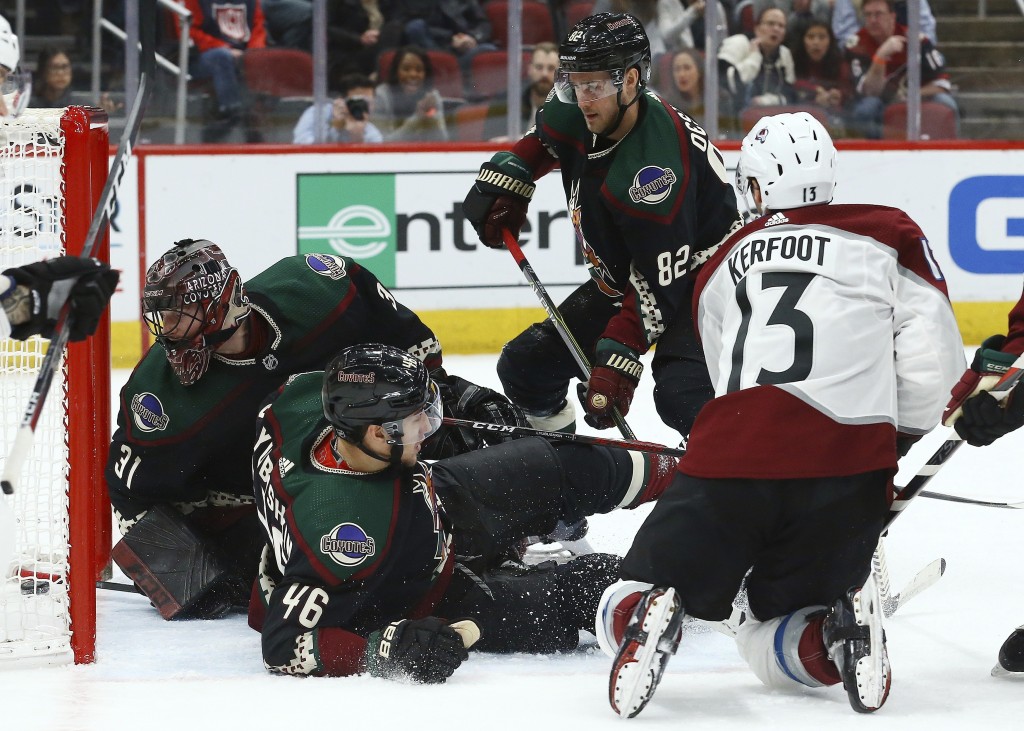 Richardson's ninth goal of the season broke a 4-all tie and his empty-net goal was his 10th and gave him the team lead in scoring. The empty-netter came with 12 seconds left.

Alexander Kerfoot scored twice, and Gabriel Landeskog, and Nathan MacKinnon added goals for the Avalanche, who have lost three of four. J.T. Compher added two assists for Colorado, which entered in fourth place in the Western Conference.

The Coyotes lost a three-goal lead in the third period as the Avalanche rallied with goals from Landeskog, Kerfoot and MacKinnon to make it 4-4.

The Avalanche went with an extra attacker inside the final two minutes, but to no avail. The Coyotes put an end to a three-game losing streak.

MacKinnon tied it at four with his 22nd of the season at 11:51 of the third. With intensity high, Landeskog and Arizona's Lawson Crouse dropped gloves and exchanged blows.

Both were given five minutes for fighting with 7:35 to play, Landeskog getting the better of the fight.

It didn't give the Avalanche momentum, however, as the Coyotes finished strong despite having lost seven of the previous eight games.

Panik gave the Coyotes a first-period lead with his left-handed wrister at 8:58. He scored off a pass from Stepan for his seventh goal of the season.

Hill got his pad on Sven Andrighetto's centering pass in deep, but the puck caromed right to Kerfoot, who stuffed in the rebound at 18:13 of the first to tie the game.

It was Kerfoot's first goal since Nov. 14.

Clayton Keller fanned on a shot, but Stepan was nearby to shoot the puck past Philipp Grubauer with five seconds left in the period, and Arizona had momentum with a 2-1 lead to start the second period.

The Coyotes' third goal was almost all due to the handiwork of Nick Schmaltz, who handled the puck through defenders before passing, then got on the receiving end of another pass from Alex Galchenyuk that led to Schmaltz's assist to Fischer.

Fischer's eighth goal at 2:30 of the second period gave the Coyotes a two-goal lead. Then Garland hustled to catch up to a long pass from Mario Kempe and beat Grubauer at 8:28.

Grubauer, who had 12 saves, was then removed from net and replaced by Pavel Francouz, who at age 28 made his NHL debut.

Francouz stopped 21 shots. Landeskog's goal was his team-leading 24th of the season.

NOTES: Coyotes D Kevin Connauton was scratched for the second straight game. ... D Ilya Lyubushkin recorded his first career NHL point with an assist on Garland's goal. ... The Avalanche called up C Sheldon Dries, Francouz and F A.J. Greer from Colorado of the AHL. Francouz was Grubauer's backup goaltender with Semyon Varlamov out due to illness. Dries was scratched. ... C Colin Wilson, hurt Friday in a loss to Chicago, was placed on injured reserve.

Arizona: At San Jose on Sunday.