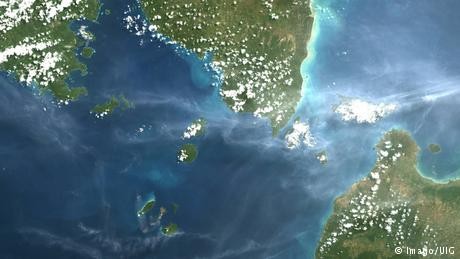 It hit the area, between Java and Sumatra injuring at least 165 other people. At least two people are still missing, according to Indonesia's Disaster Mitigation Agency (BNPB).

Authorities said the wave was likely caused by an eruption of Anak Krakatau volcano, possibly due to underwater landslides.

The victims were mainly in the areas of Padenglang Regency, South Lampung and Serang, all less than 150 kilometers (93 miles) west of Jakarta.

The head of the BNPB's public relations shared a video of the scene showing cars stuck in high water.

In October, 2,000 people died when an earthquake and a tsunami hit Sulawesi.

Read more: The last mile — What failed in the Sulawesi tsunami disaster

Anak Krakatoa was formed in the 1920s near the site of the most destructive volcanic eruption in recorded history.