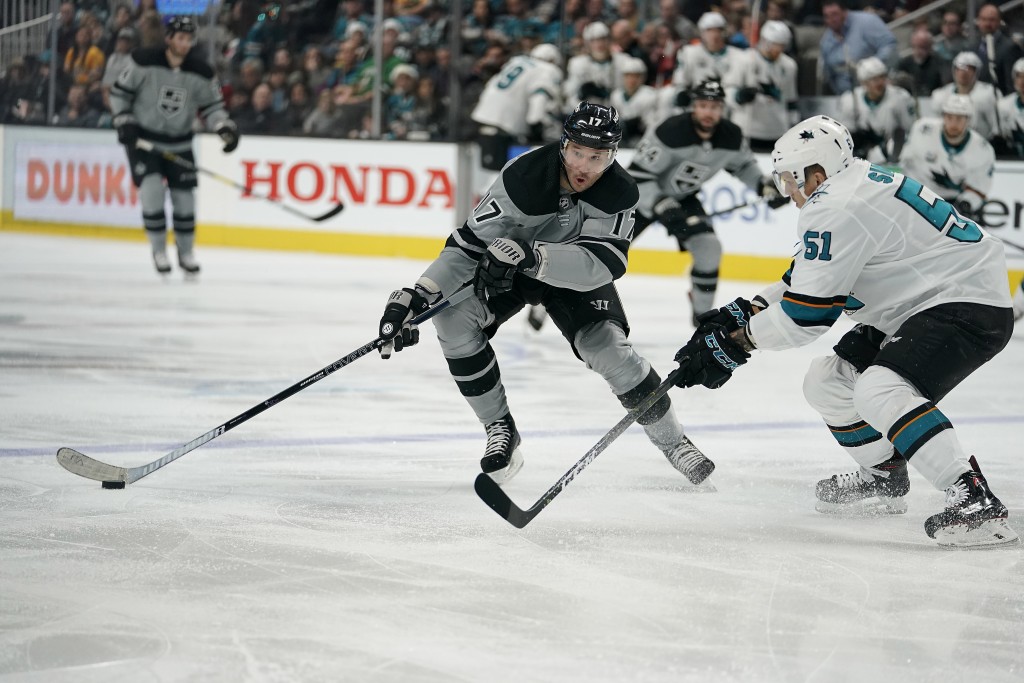 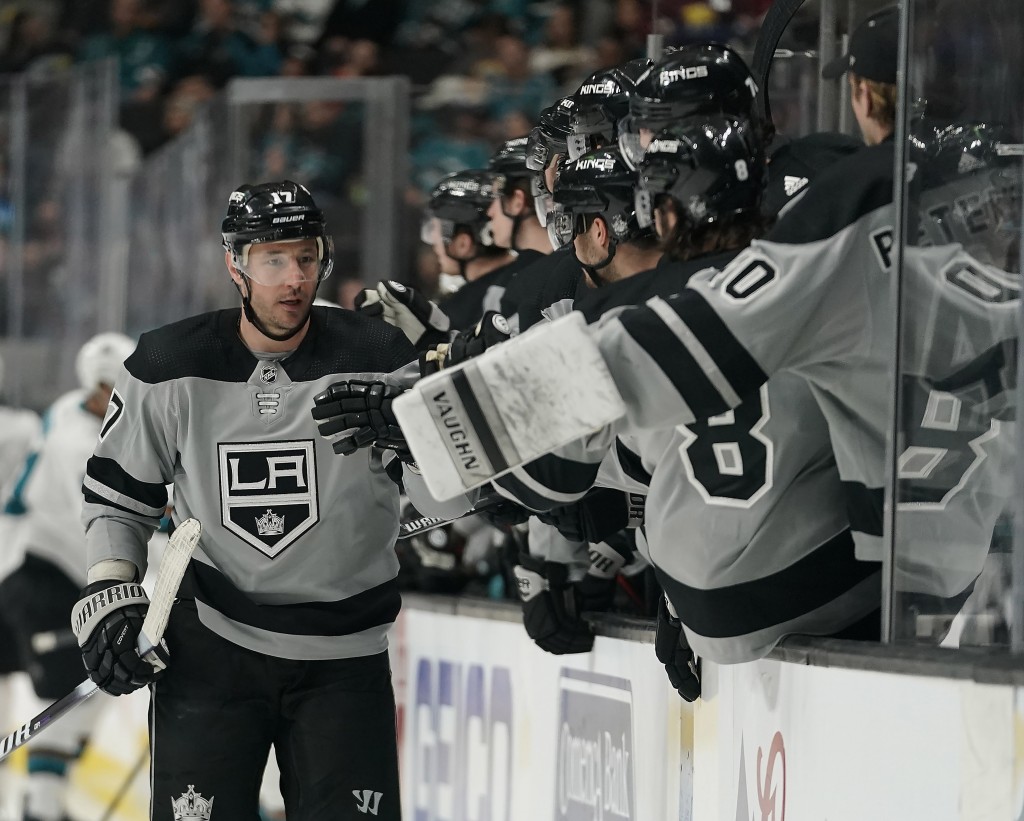 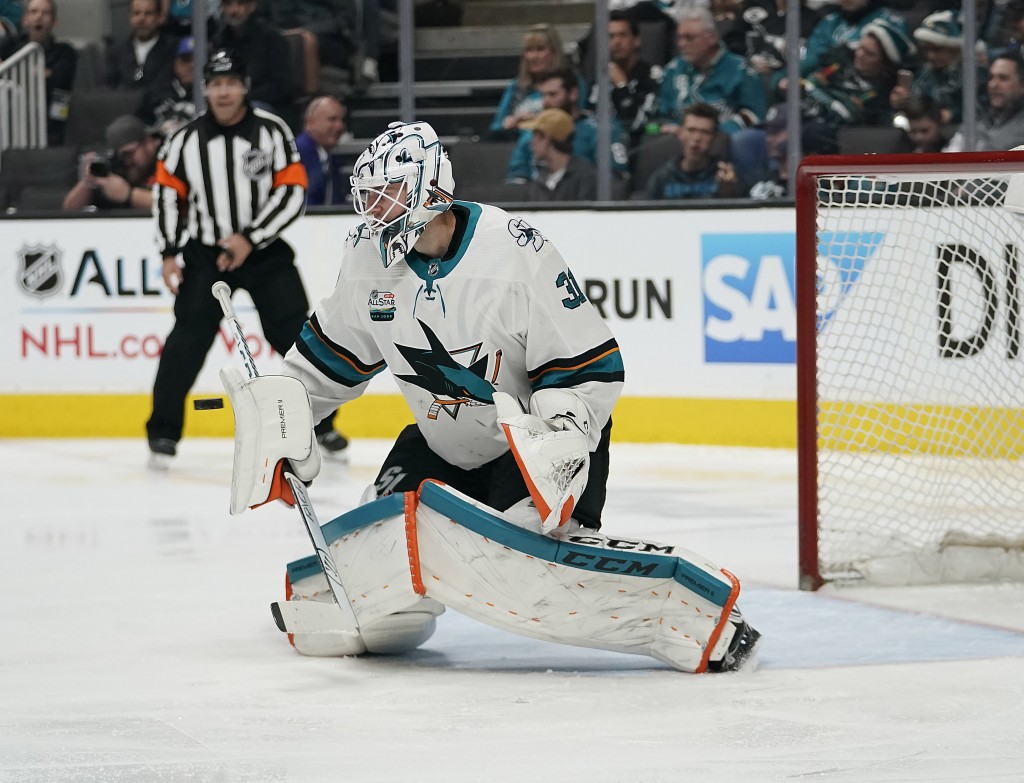 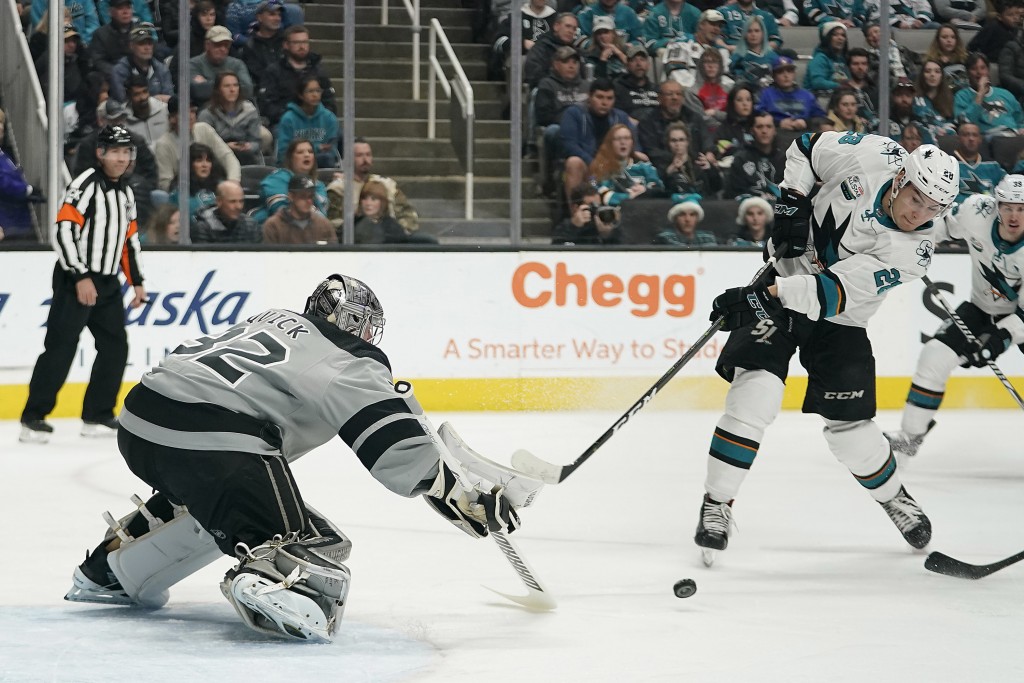 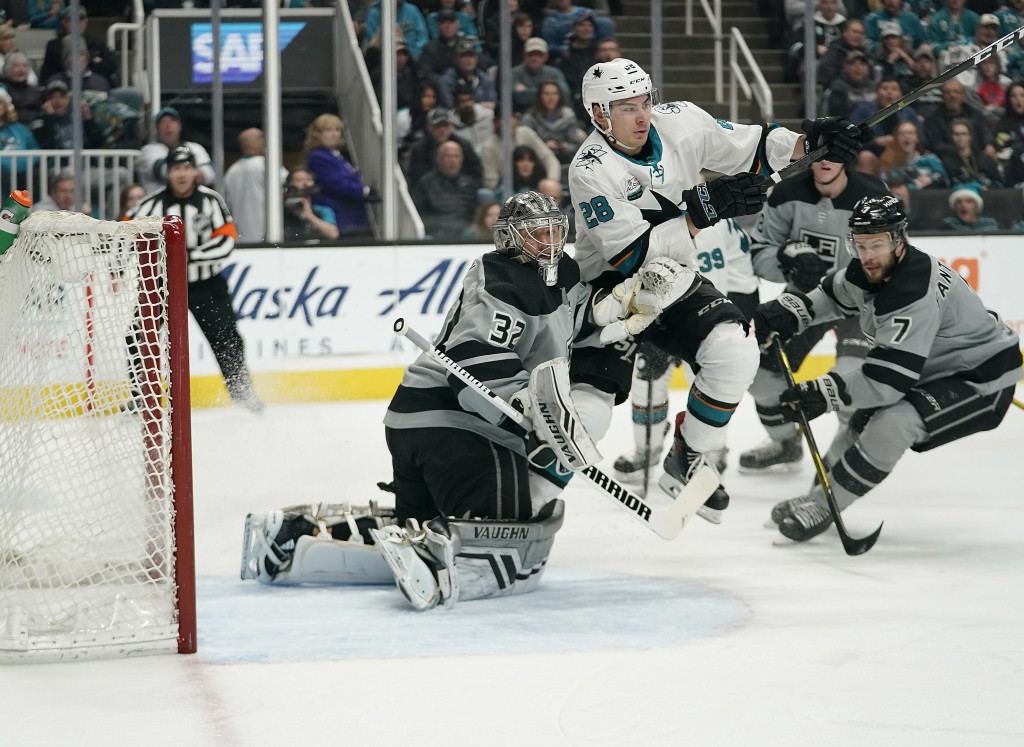 SAN JOSE,Calif. (AP) — Ilya Kovalchuk scored in overtime in his return from an ankle injury to lift the Los Angeles Kings over the San Jose Sharks 3-2 on Saturday.

Kovalchuk also scored in the first period, and Alex Iafallo had a goal and an assist. Kovalchuk had missed 10 games after having an ankle bursectomy. Jonathan Quick made 29 saves.

Kovalchuk scored on a power play at 4:28 of the first period, and Iafallo's scored at 5:15 of the third period and gave the Kings a 2-0 lead.

Kovalchuk hadn't recorded a point in his previous 11 games before the procedure in his first year since signing with Los Angeles as a free agent in the offseason. The 35-year-old is back in the NHL after playing five years in his native Russia.

A Kings goal midway through the second period was overturned on a coach's challenge. Kings forward Dustin Brown was called for interference on what would have been Oscar Fantenberg's first goal of the season in 24 games.

NOTES: Kings F Austin Wagner left the game early in the second period after getting taken down by Karlsson on a hard hit near center ice. After getting back on his feet, Wagner's legs came out from under him. No penalty was called. ... Kings D Dion Phaneuf was placed on the injured reserve with an upper-body injury. He had missed the last three games. The Kings snapped a six-game road losing streak. Their last win away from Staples Center since Nov. 27 at Vancouver. ... Iafallo extended his point streak to six games. He has eight points (three goals and five assists) over that stretch. ... The Kings are 10-1-2 when leading after two periods.

Kings: Play at Vegas on Sunday.