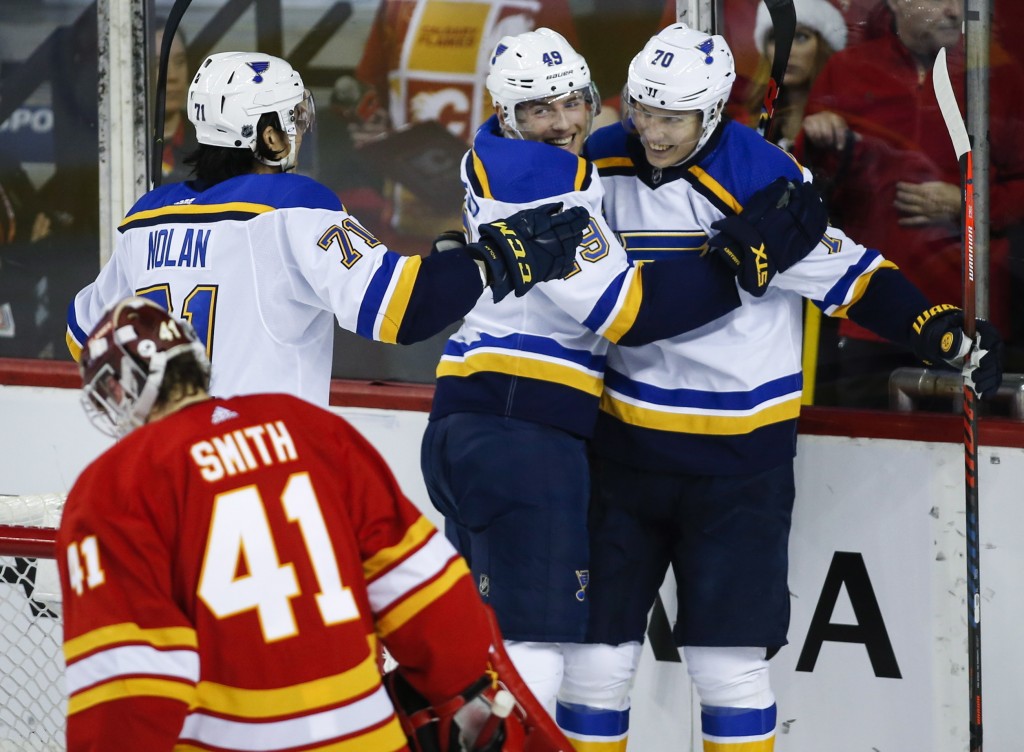 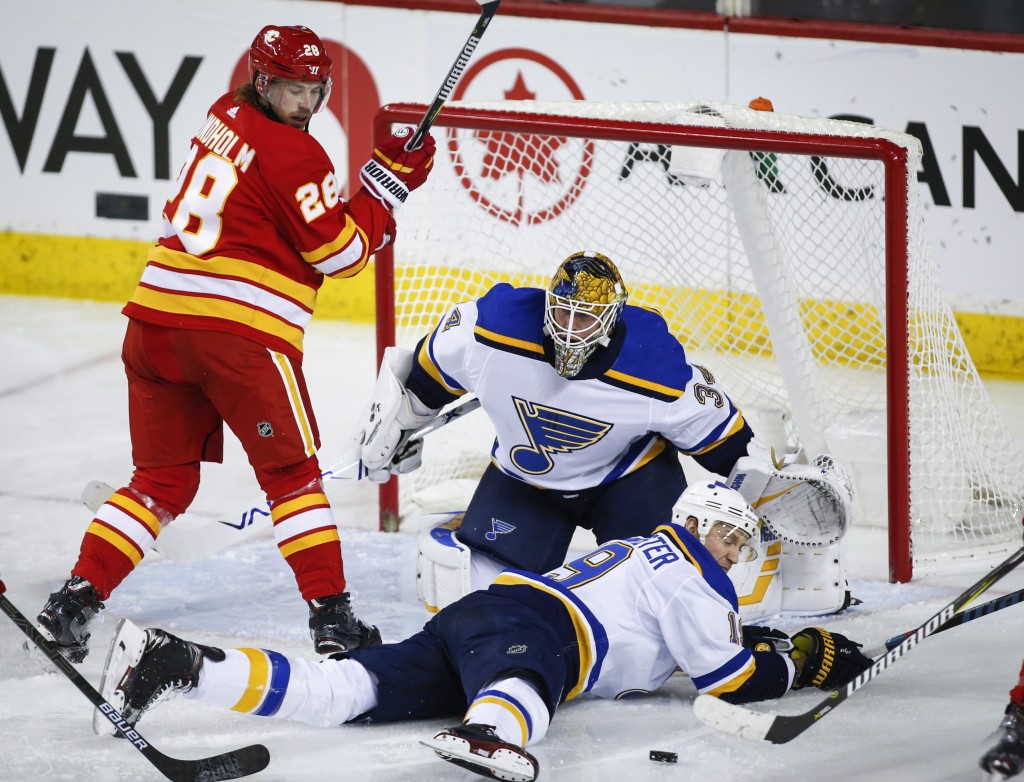 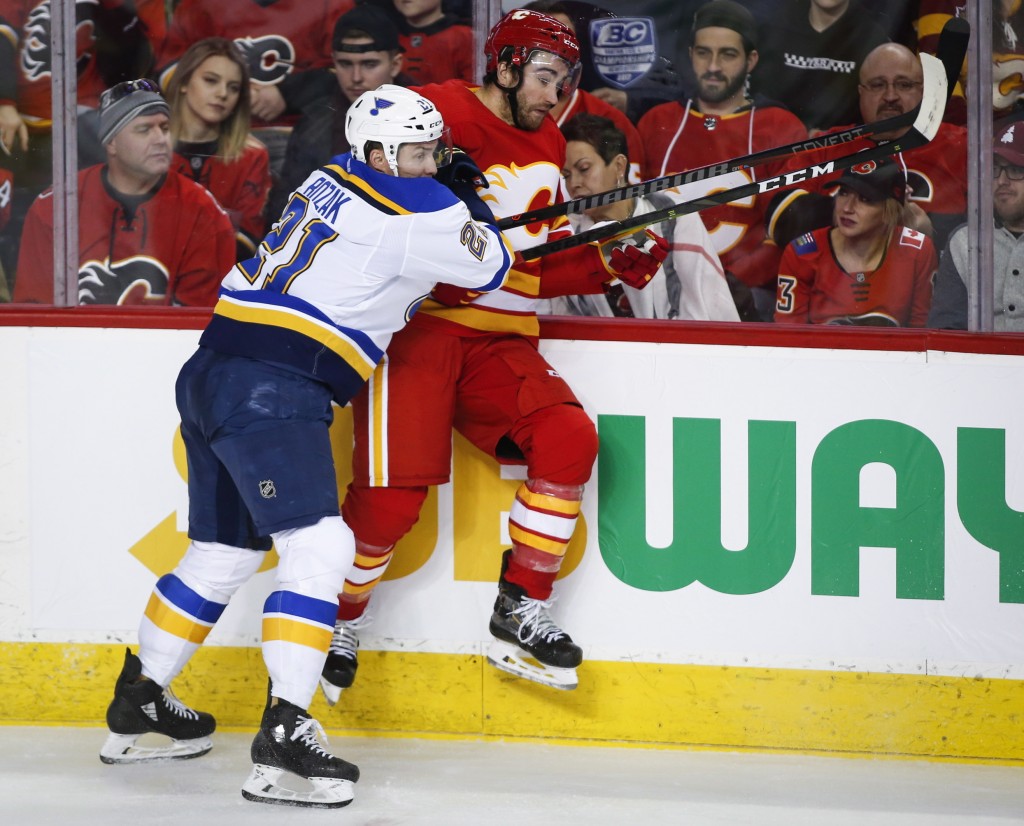 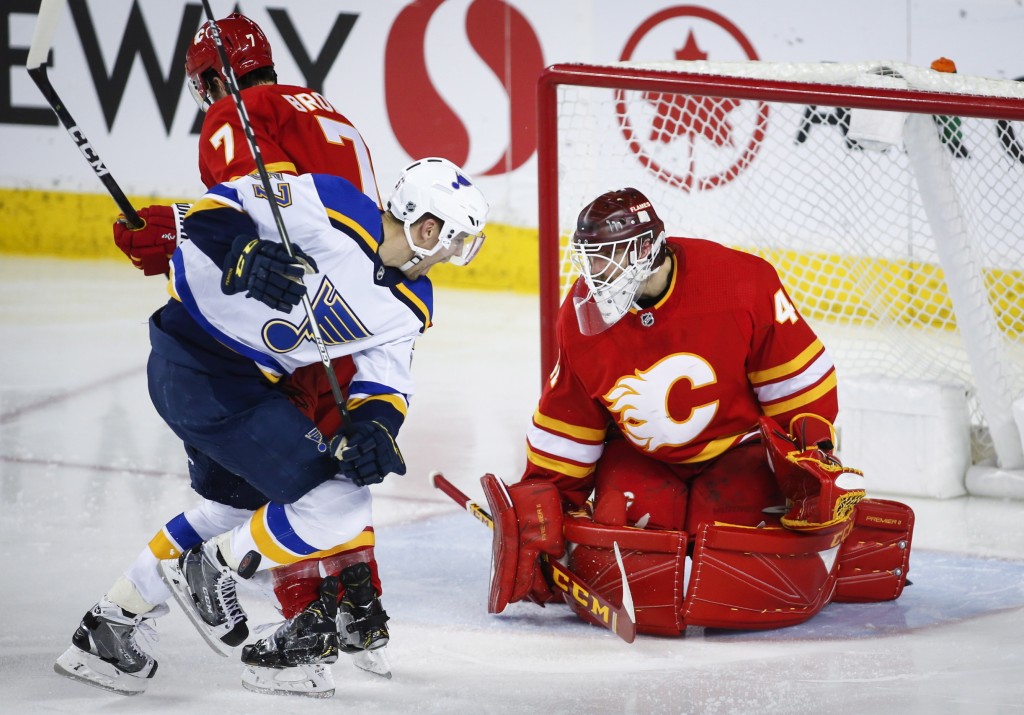 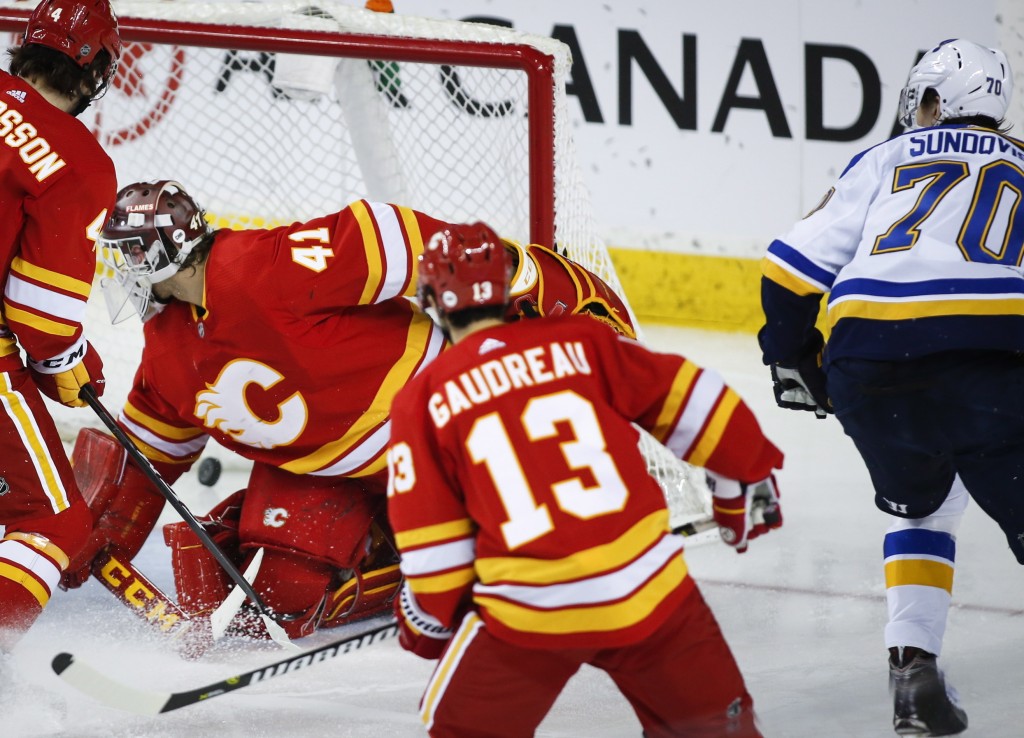 CALGARY, Alberta (AP) — David Perron had a goal and an assist, Jake Allen made 28 saves and the St. Louis Blues beat the Calgary Flames 3-1 on Saturday.

Perron has nine goals and 11 assists in 16 games against Calgary since the start of the 2014-15 season.

Matthew Tkachuk scored his 16th goal for Calgary. The Flames have lost three straight. Calgary lost for the first time in regulation at home since Nov. 15, ending a 7-0-2 string.

St. Louis opened the scoring 4:06 into the game. Perron gloved down a puck that had deflected high in the air and wristed a shot from inside 20 feet that beat goalie Mike Smith on the short-side. The Blues made it 2-0 at 11:43 when Bozak chipped in a rebound after Pat Maroon curled out from behind the net and had his initial shot stopped.

The Flames scored with 3:11 left in the first. On their first power play of the day, they needed just seven seconds to convert with Tkachuk steering in a centering feed from Elias Lindholm.

The Blues got some insurance two minutes into the third. Smith couldn't control the rebound of Sundqvist's 40-foot slap shot and when the puck popped back into the slot, Sundqvist converted.

Flames: At Winnipeg on Thursday night.