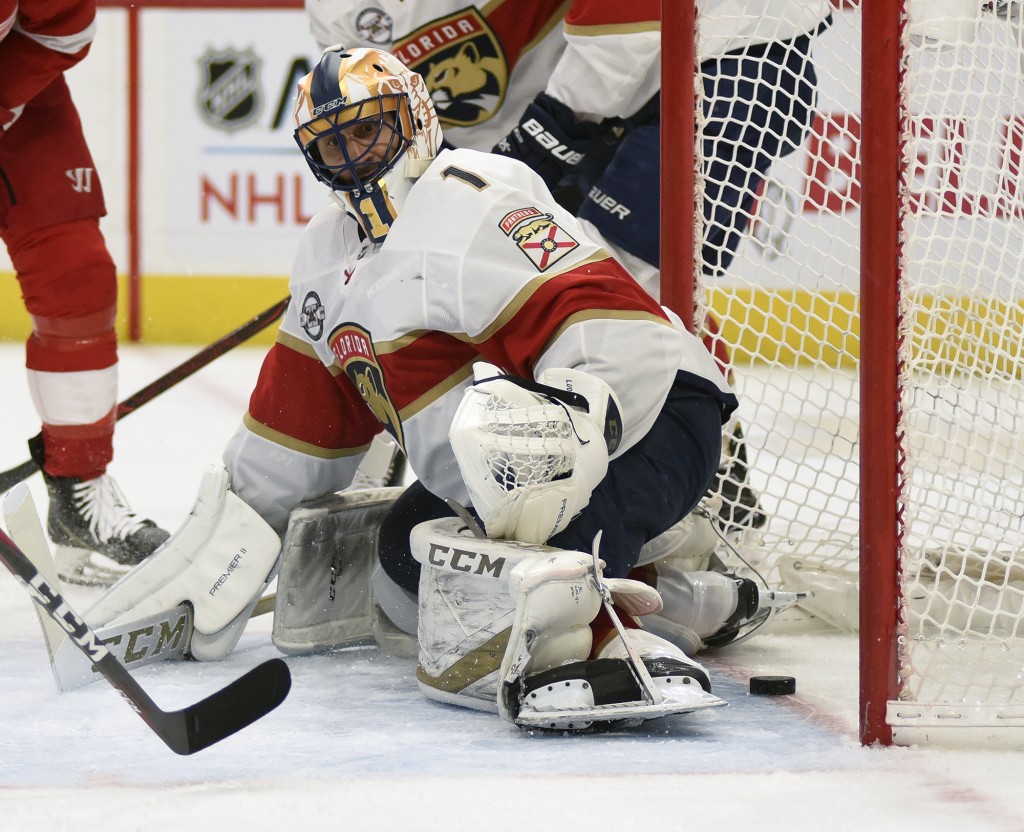 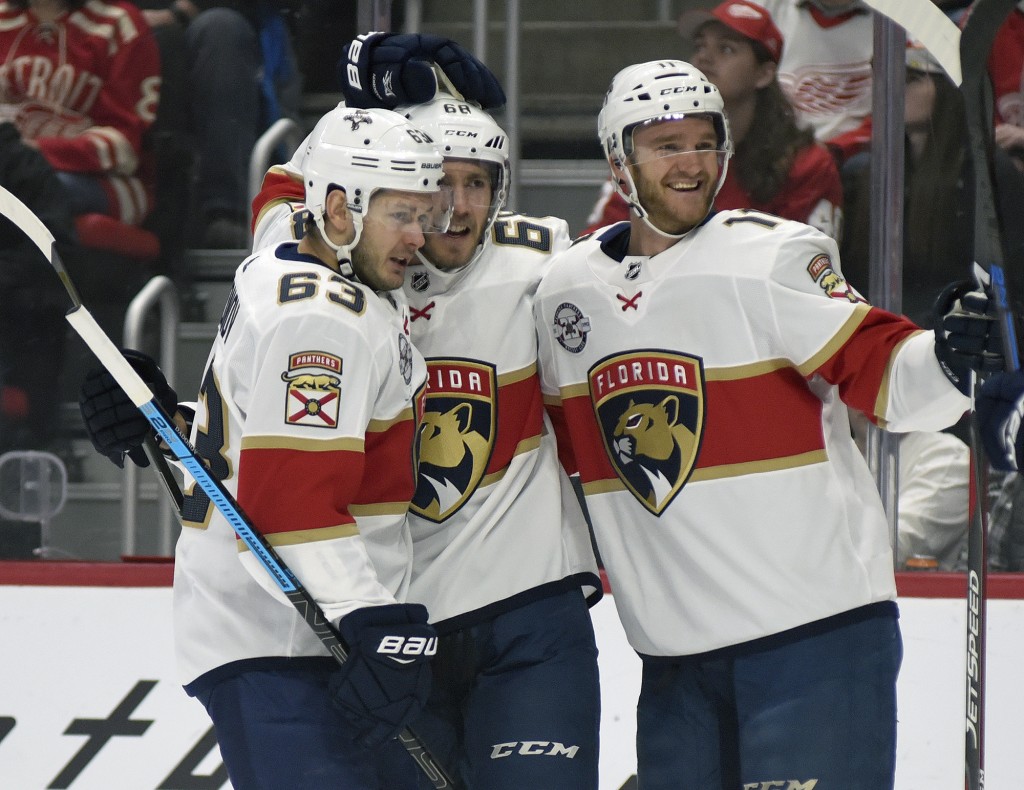 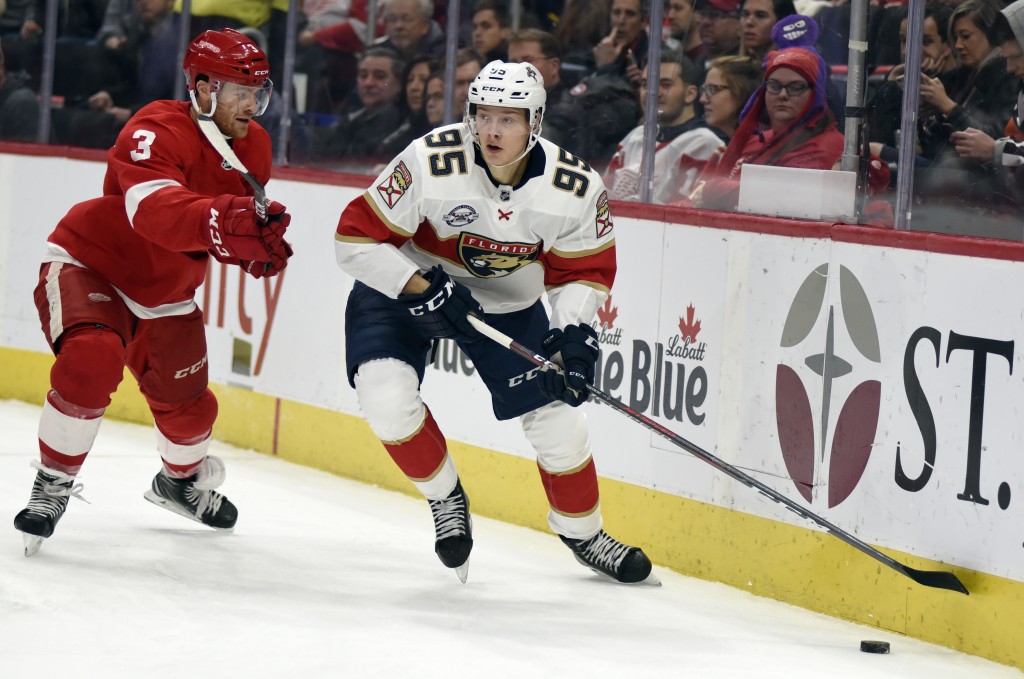 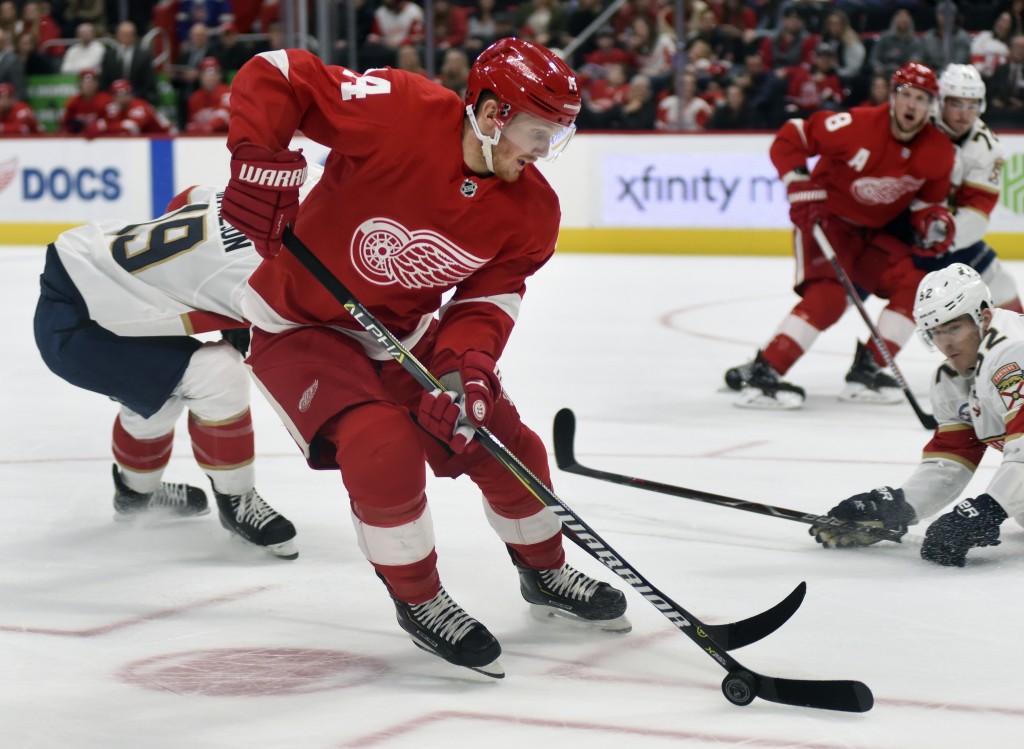 DETROIT (AP) — With the top two lines taking the lead, the Florida Panthers found a style of play that suits them Saturday.

Roberto Luongo made 33 saves, Mike Hoffman and Evegnii Dadonov each scored and the Panthers beat the Detroit Red Wings 2-1.

Hoffman, Dadonov, leading scorer Jonathan Huberdeau and captain Aleksander Barkov helped Florida play more aggressively through center ice and generate offensive chances. Huberdeau and Barkov each had two assists. It was Huberdeau's 11th multipoint game in his last 14 — he has five goals and 25 points in that span — and Barkov has seven points in his past four games.

"I don't mind playing on either of our lines, because there's so much talent," said Hoffman, who scored his 16th goal. "Obviously, it is great to play with Barkov and Hubs (Huberdeau), but the way Dads (Dadonov) is scoring, I think things are going to stay the same for a while. I'm getting plenty of chances with my guys on the second line."

Hoffman's power-play goal gave Florida a 1-0 lead 3:09 into the game. It was his 16th goal and came nine seconds after Detroit defenseman Dennis Cholowski went off for holding. Dadonov made it 2-0 with 2:39 left in the first period. It was his 17th goal.

"I thought we got back to our identity today," Panthers coach Bob Boughner said. "We were fast in the neutral zone instead of going side to side."

Thomas Vanek scored for Detroit and Jimmy Howard had 21 saves.

"I thought we had enough opportunities to win the game, we got to score. First period not much happened either way," Red Wings coach Jeff Blashill said. "They got a power play, made a nice play, we had a missed coverage and they score. Then we have an offensive-zone faceoff and five seconds later it's in our net."

Vanek made it 2-1 at the 10-minute mark of the second period with his fifth goal.

NOTE: Red Wings F Andreas Athanasiou was a late scratch with an upper-body injury. "I don't have any idea beyond that he couldn't play tonight," Blashill said. "Whether he'll have the chance to play tomorrow (in Toronto, Sunday). I would call him questionable." Athanasiou was replaced by F Wade Megan. ... Florida was without LW Jamie McGinn (back), C Derek MacKenzie (shoulder), C Vincent Trocheck (ankle) and C Nick Bjugstad (upper body). ... Detroit was already missing RW Anthony Mantha, D Danny DeKeyser and D Mike Green because of injuries.