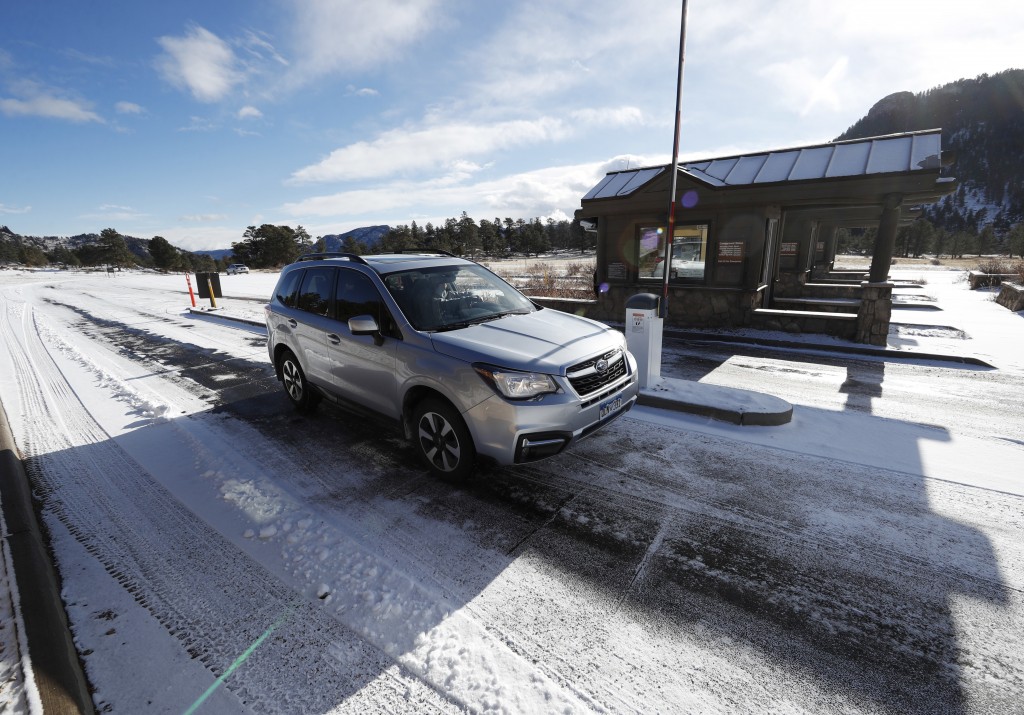 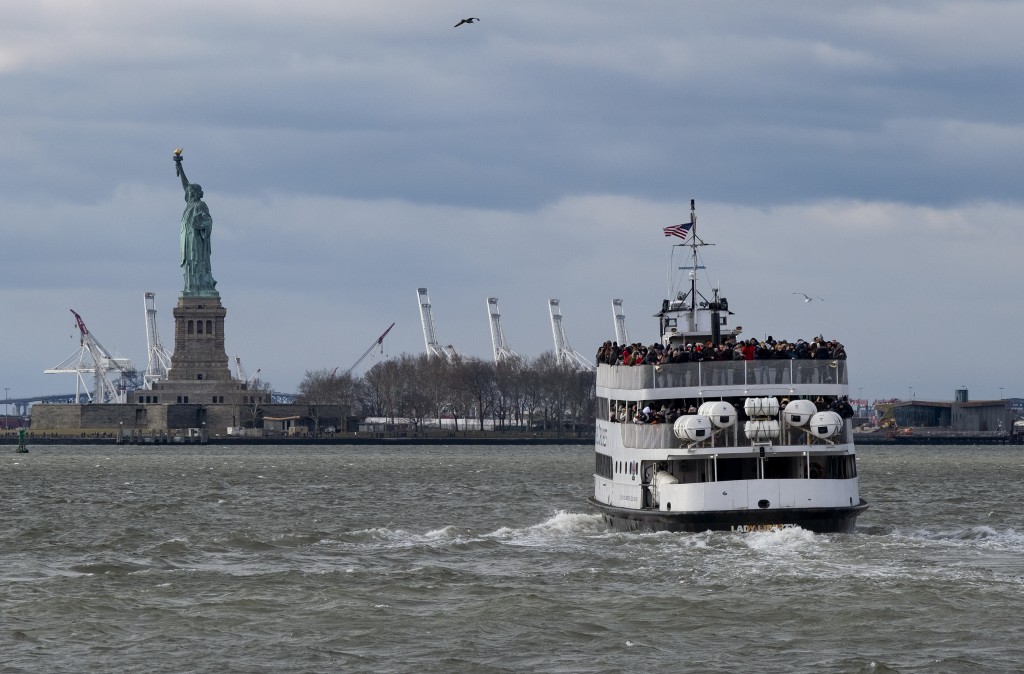 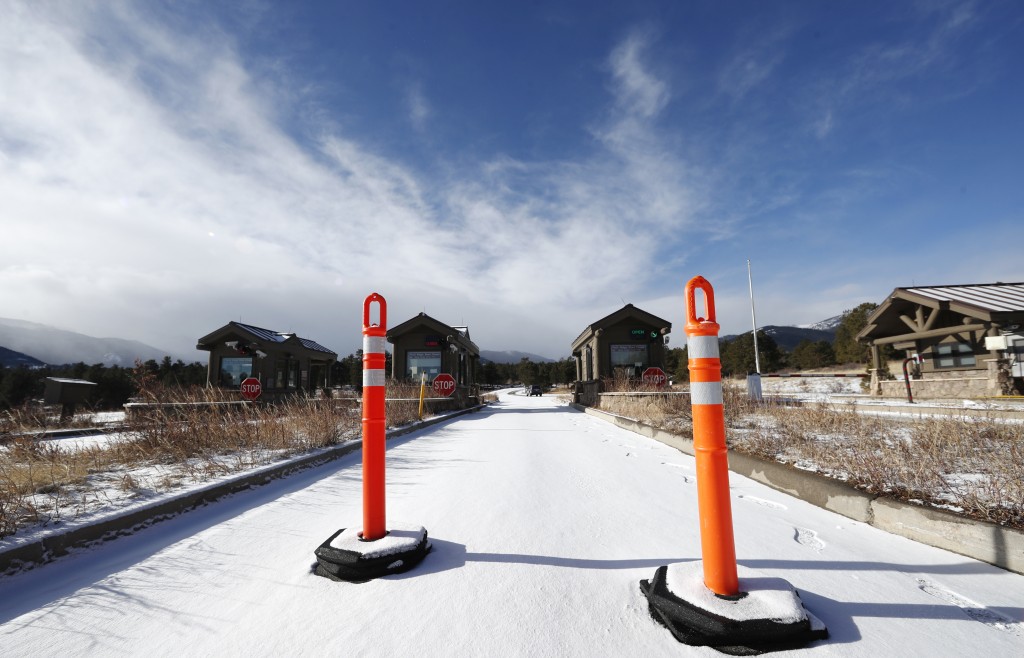 NEW YORK (AP) — The huddled masses are still able to visit the Statue of Liberty. The Grand Canyon is open for business. The government says other national parks "will remain as accessible as possible."

But, while the star-spangled banner yet waves at Fort McHenry in Baltimore, the gates at the War of 1812 landmark are locked.

Tourists trekking to parks and historic sites across the U.S. on Saturday are seeing a mix of impacts from the federal government's second shutdown in less than a year.

Some attractions are staying open thanks to funding from states and charitable groups.

At some parks, you're welcome to take a hike — but you're largely on your own. At others, like the closed Gettysburg National Military Park in Pennsylvania, you're out of luck.

Utah's state government is paying to staff the visitor centers at Arches, Bryce Canyon and Zion national parks. Arizona is ponying up to keep trails, shuttles and restrooms open at the Grand Canyon. New York is footing the bill for the Statue of Liberty and Ellis Island for the third time in five years.

"Many travelers have planned their visit for months in advance and have traveled from all over the world to be here," said Utah Gov. Gary Herbert, a Republican. "We want them to return home with memories of magnificent vistas and welcoming people, not locked doors."

It's also closing some of the nation's presidential libraries.

The George H.W. Bush Presidential Library and Museum in College Station, Texas, is closed, but the family gravesite — where the 41st president was recently buried — will stay open. George W. Bush's presidential library in Dallas is open, but archive services won't be available.

Temporary and permanent exhibits at the Clinton Presidential Library and Museum, a top tourist attraction in Little Rock, Arkansas, are closed, but the restaurant is open and offering "Shutdown Specials."

At Acadia National Park in Maine, austerity measures include closing some bathrooms, curbing trash collection and cutting back on snowplowing. A lack of plowing could also hinder access to Crater Lake in Oregon, Mount Rainier in Washington and other parks normally inundated with snow this time of year.

Hotels, restaurants, stores and gas stations at Yosemite National Park in California remain open and seem unaffected by the shutdown, which has canceled some programs, closed visitor centers and left campgrounds unstaffed.

"It's basically free to get in the park and people are coming and going as they please," said Jade Lezon, a cashier at the El Portal Market, near an entrance to the park. "It looks like summer today. Perfect weather for a government shutdown."

Superintendent Cassius Cash of Great Smoky Mountains National Park in Tennessee said visitors should practice "leave no trace" principles to avoid fouling up the park when no visitor services are available. The holiday period is typically one of the park's busiest weeks, he said.

"During the government shutdown national parks will remain as accessible as possible," said National Park Service spokesman Jeremy Barnum, noting that roads that have already been open will remain open and wilderness-type vault toilets are still available.

At Pearl Harbor in Hawaii, nonprofit organizations are teaming up to keep the visitor center open at the government-run USS Arizona Memorial. The memorial itself is closed until March for repairs to the loading dock, but visitors are still being taken on a narrated harbor tour of Battleship Row and the surrounding area.

At the Statue of Liberty and Ellis Island, it was business as usual after New York Gov. Andrew Cuomo, a Democrat, said the state would fund operations, as it did when the federal government shut down in 2013 and 2018. It'll cost the state about $65,000 per day, Cuomo said.

"Thanks to New York kicking in the funding!" said Steffen Manheim, a tourist from Maine.

In Arizona, Gov. Doug Ducey activated the state's Grand Canyon Protection Plan, which calls for the state to underwrite the cost of public safety and basic services at the desert treasure. Arizona developed the plan after it stepped in to fund operations during the last shutdown, 11 months ago.