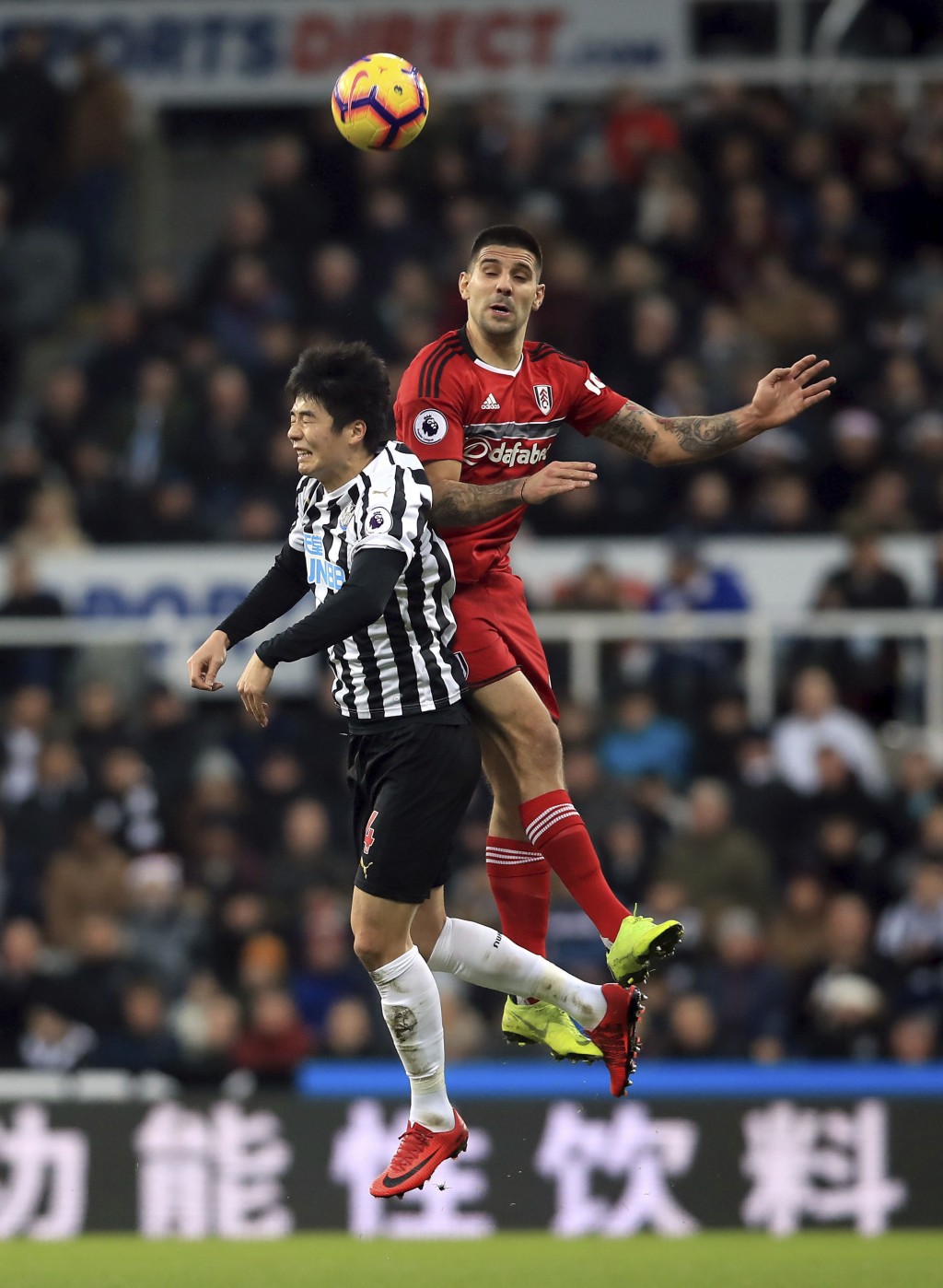 NEWCASTLE, England (AP) — Comedy fan Rafael Benitez had little to smile about after his Newcastle side was held by bottom club Fulham to a drab 0-0 in the English Premier League on Saturday.

Newcastle did not have a single shot on target at St James' Park, leaving Benitez, who said ahead of the game that he loved English comedies, stony-faced on the touchline.

Fulham counterpart Claudio Ranieri was a lot happier after watching his team keep a clean sheet in the league for the first time this season.

Home substitute Kenedy had an appeal for a penalty waved away after going down under Joe Bryan's challenge, while former Newcastle striker Aleksandar Mitrovic made a similar claim at the other end of the field when Jamaal Lascelles appeared to handle the ball in the area with seconds remaining.