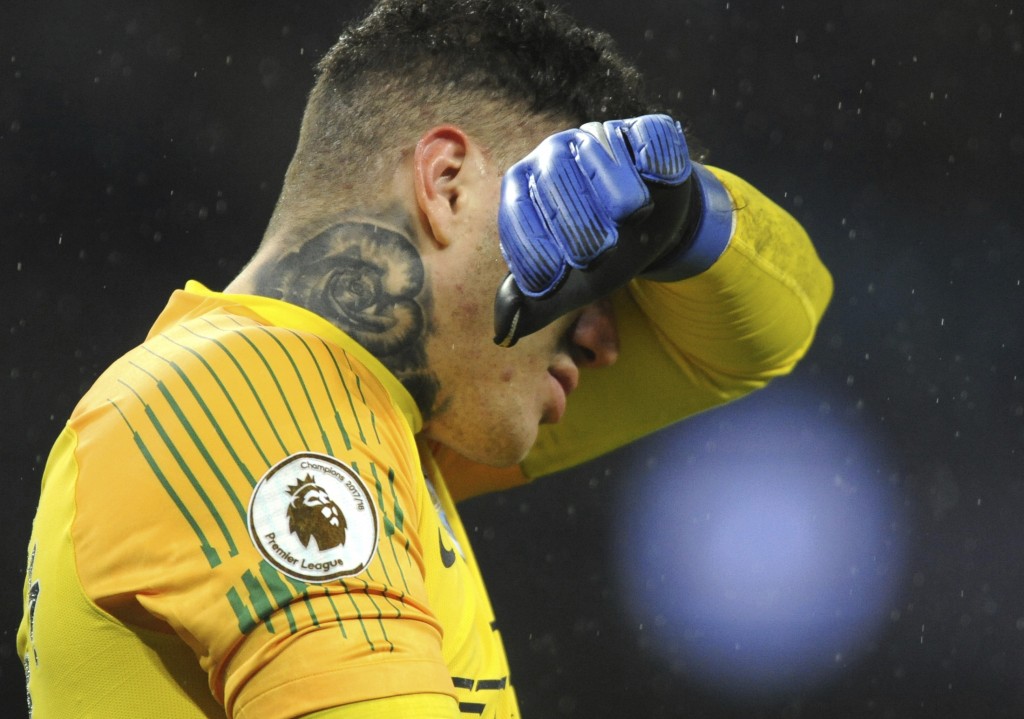 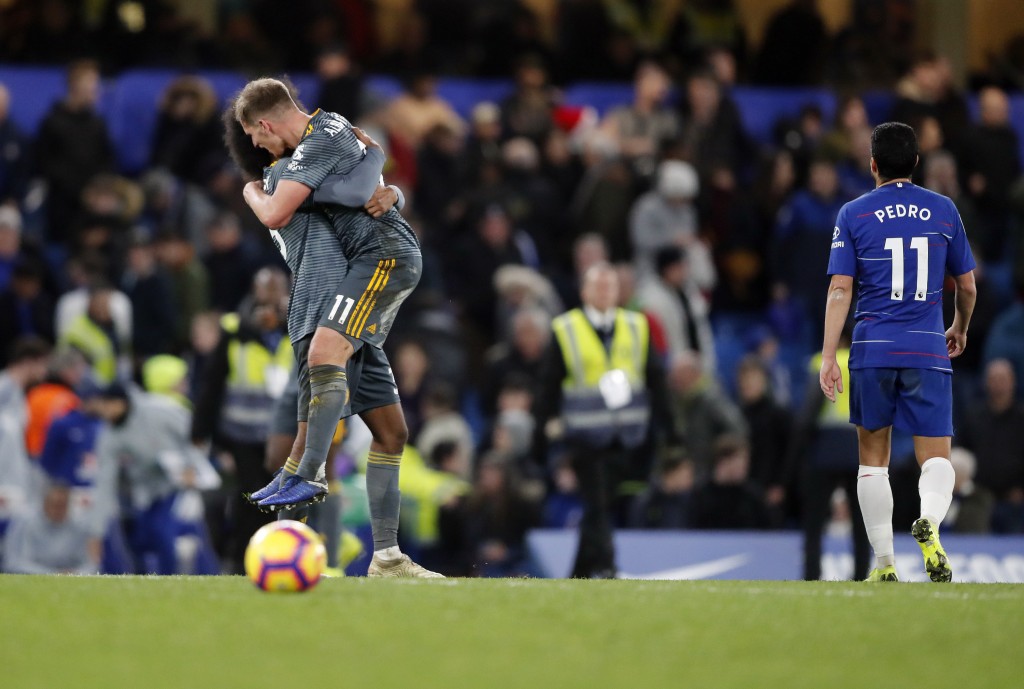 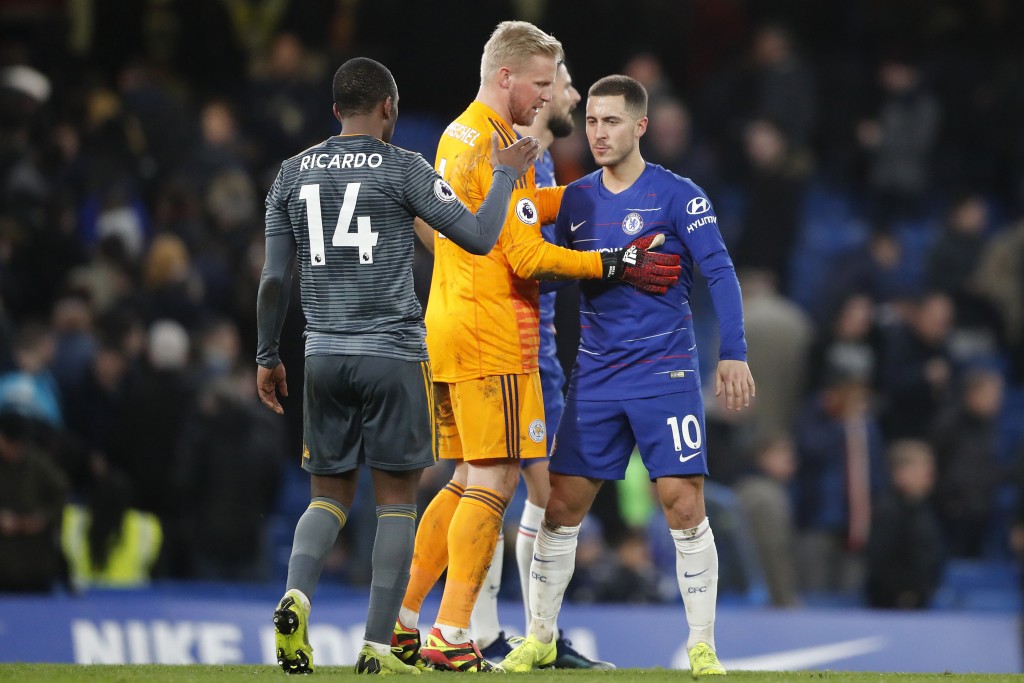 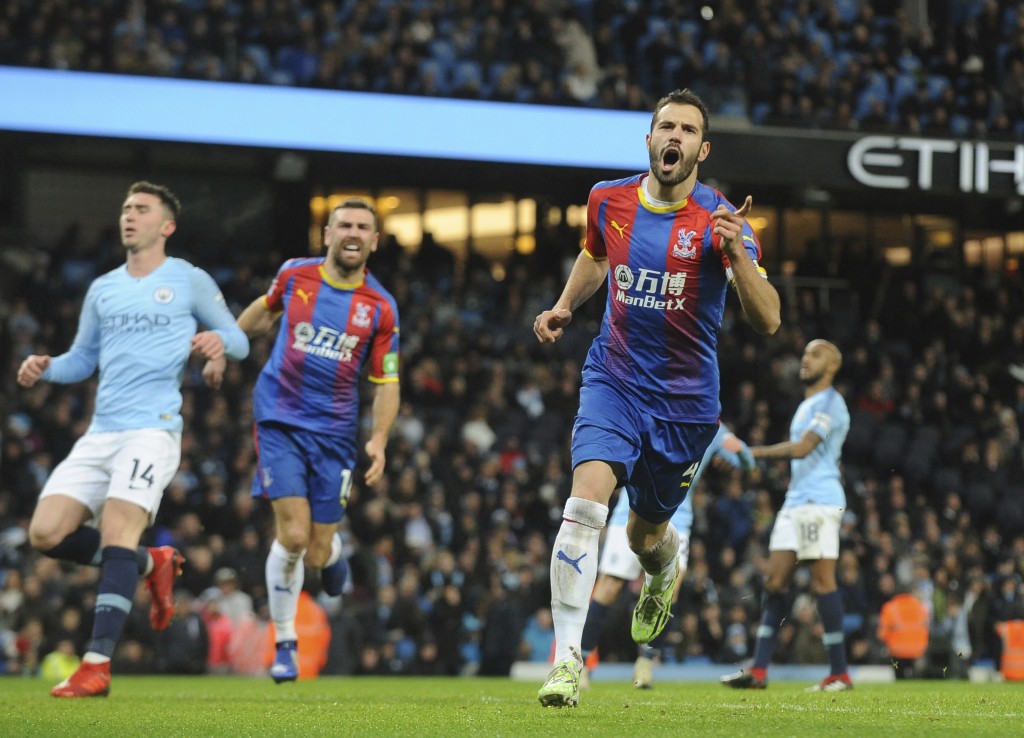 No one could have predicted what was to come when Ilkay Gundogan gave second-placed City a 27th-minute lead.

Struggling Palace hit back, however, through Jeffrey Schlupp, Andros Townsend and a Luka Milivojevic penalty as the London club registered its first league win at City for 28 years.

Kevin De Bruyne grabbed a late second goal for City but defeat left Pep Guardiola's men four points behind Liverpool at the top of the standings following the leader's 2-0 victory at Wolverhampton on Friday.

On a day of top-flight upsets, former England striker Jamie Vardy scored the only goal to guide Leicester to a 1-0 victory at Stamford Bridge and inflict fourth-placed Chelsea's first home league defeat of the season.

Arsenal, which is fifth, drew level on points with Chelsea after Pierre-Emerick Aubameyang struck twice in a 3-1 win over Burnley at the Emirates.

Southampton won for the second successive match under new coach Ralph Hasenhuttl when it defeated Huddersfield 3-1, while Watford ended West Ham's run of four consecutive victories by winning 2-0 at the London Stadium.

In the late match, Ole Gunnar Solskjaer will take charge of Manchester United for the first time when his new club visits Cardiff.