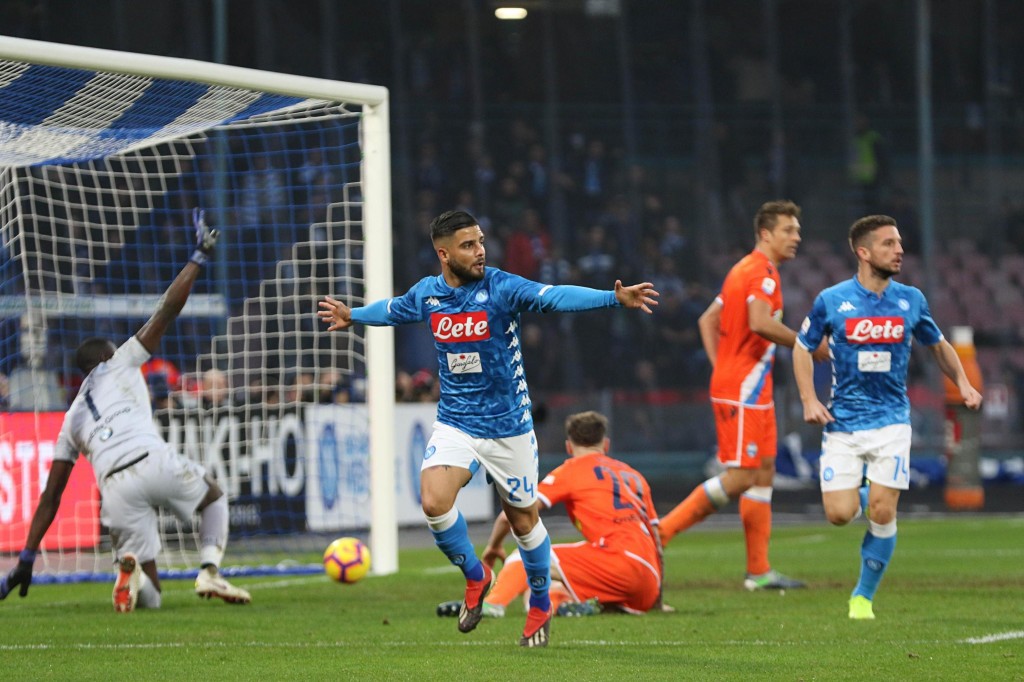 Napoli prepared for its midweek clash against Inter Milan with a 1-0 win over struggling Spal in Serie A on Saturday, although it was almost made to pay for its profligacy.

Raul Albiol headed in during first-half stoppage time as Napoli moved to within five points of league leader Juventus, which hosts Roma later.

Napoli dominated and thought it had taken an early lead but Lorenzo Insigne's effort was ruled out for offside.

The home side did find the breakthrough right at the end of the first half thanks to Albiol's glancing header into the far side of the net from Dries Mertens' corner.

Napoli almost doubled its lead immediately after the break as Insigne chipped the goalkeeper from the tightest of angles, practically on the byline, but it came off the frame of the far side of the goal.

Kalidou Koulibaly should have doubled Napoli's lead but he headed Fabian Ruiz's cross narrowly wide of the left post from close range. Knowing he should have done better, Koulibaly let out a yell of frustration.

Mertens also hit the post late on after linking up brilliantly with Insigne.

Spal almost snatched a late equalizer but goalkeeper Alex Meret pulled off a stunning save to keep out Mohamed Fares' header.

The Italy Under-21 goalkeeper spent the last two seasons on loan at Spal from Udinese.

Sergej Milinkovic-Savic ended his three-month goal drought to set Lazio on its way to a 3-1 win over Cagliari.

Lazio moved a point above Milan, which lost 1-0 at home to Fiorentina.

Federico Chiesa scored for Fiorentina and Milan failed to score for a third successive league match.

Fiorentina is seventh, just three points off fourth spot and level on points with Sassuolo, which drew 1-1 against Torino.

Sampdoria moved into sixth spot, two points below Lazio, with a 4-2 win at Empoli.

Atalanta slipped four points below Lazio as it lost 3-1 at Genoa, with Josip Ilicic missing a first-half penalty.

Udinese moved two points above the relegation zone with a 1-1 draw against fellow struggler Frosinone.

Frosinone is 19th, five points from Udinese and safety, and three points below 18th-placed Bologna, which travels to Parma later.