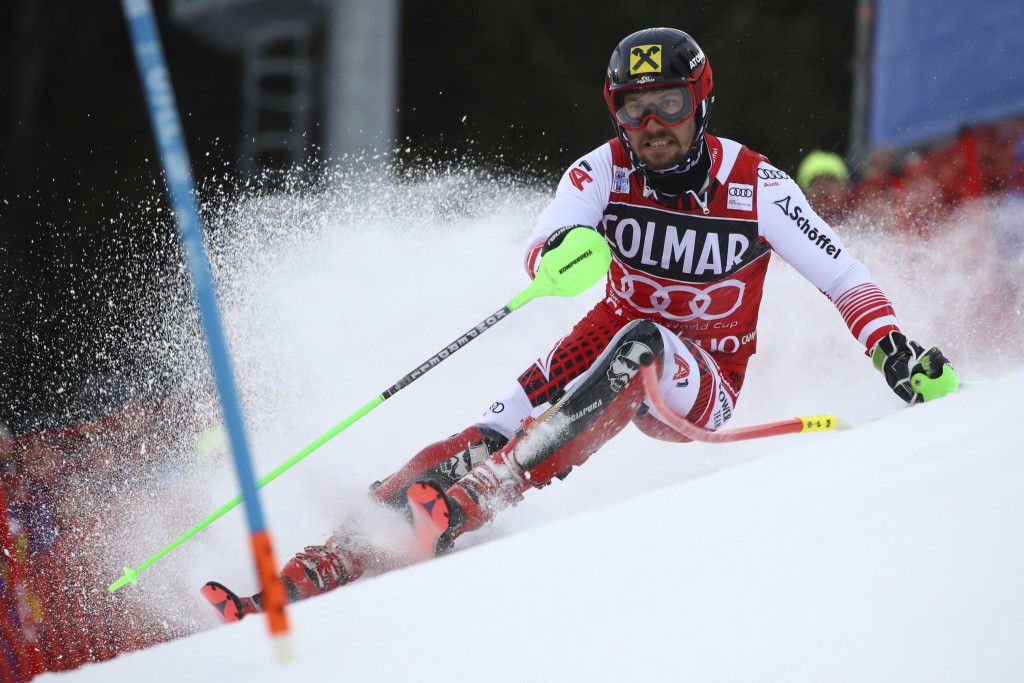 Hirscher stood 0.14 seconds ahead of Norwegian rival Henrik Kristoffersen, with fellow Austrian Marco Schwarz 0.32 behind in third on the steep Canalone Miramonti course.

Over the last week, Hirscher has won a giant slalom and a parallel GS in Alta Badia, Italy, plus a slalom on home snow in Saalbach-Hinterglemm, Austria, two days ago.

Already with a 268-point lead over Kristoffersen in the standings, Hirscher is well on his way toward a record-extending eighth straight overall World Cup title.

Hirscher is also attempting to become the first man to win the opening three slaloms of a World Cup season since Italy's Giorgio Rocca swept the first five in 2005-06.

Hirscher won this race in 2012 and 2017. He narrowly escaped injury from a falling drone during the 2015 race.