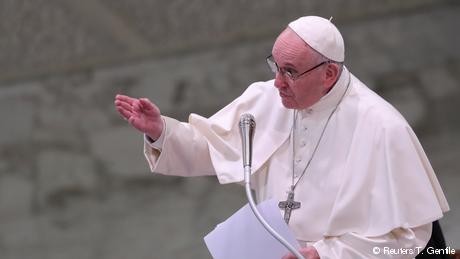 The Holy See on Saturday opened a health clinic caring for homeless and needy people living among the opulence of the city-state. The new facility, located beneath the landmark St Peter's Square, will offer free medical assistance three days a week — Monday, Thursday and Saturday.

The clinic is on the site of the former Vatican post office.

There are an estimated 16,000 homeless people in the Italian capital, according to the Caritas catholic charity.

When not being used as a clinic for the homeless, it will be a first aid station for pilgrims attending papal audiences and appearances.

The number of homeless people congregating near the Vatican has grown visibly in recent years, especially at night when they cluster under arcades to sleep.

Charities say homeless people suffer particularly from foot ailments because they rarely remove their footwear, which are often ill-fitting, causing ailments such as fungal infections, blisters and calluses.

The clinic will provide podiatrists once a week, as well as showers and a barber shop.

Pope Francis often takes initiatives to help the vulnerable and homeless, such as giving hundreds of sleeping bags to Rome's homeless to celebrate his 78th birthday.

During his visit to Ireland in August, the pope visited a shelter for homeless families.

He also invited several refugee families to stay in the Vatican while waiting to be rehoused.

The pontiff in 2016 hosted some 4,000 people from 22 countries who were either homeless or had once spent their lives on the streets.