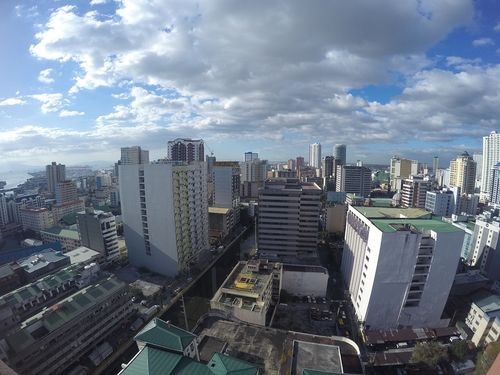 The five Taiwanese men and one woman, aged 21-33, were arrested by Philippine police in an apartment in Makati, a financial hub in the Metro Manila region.

More than 10 vials of liquid ketamine and inhalers were found at the scene along with empty vials believed to have contained the drug.

After the arrests, Taiwan's Ministry of Justice Investigation Bureau personnel stationed in the Philippines visited the Taiwan nationals and asked that they receive proper and fair treatment.

According to an initial investigation, the suspects used microwaves to turn the liquid ketamine into its crystal form which was crushed and laced into cigarettes to be smoked or sold.

The investigation indicates one Taiwanese suspect remains on the run.

When questioned, the Taiwan nationals claimed to be working for an online gambling company and denied possessing ketamine, but the group was unable to explain how the drug was found at their premises.

The Taiwanese are said to have been under surveillance for over two months by Philippine authorities, who also have evidence of them using ketamine and communicating with their suppliers.

Philippine authorities said they have already contacted their counterparts in Taiwan to jointly track the source of the contraband.

According to a Philippine Star report, ketamine, an anesthetic, was included on the list of "Controlled Precursors and Essential Chemicals (CPEC)" by the country's Dangerous Drugs Board (DDB) in April 2005, after becoming popular among drug users.

According to the law in the Philippines, the maximum penalty for drug offenses is life imprisonment.