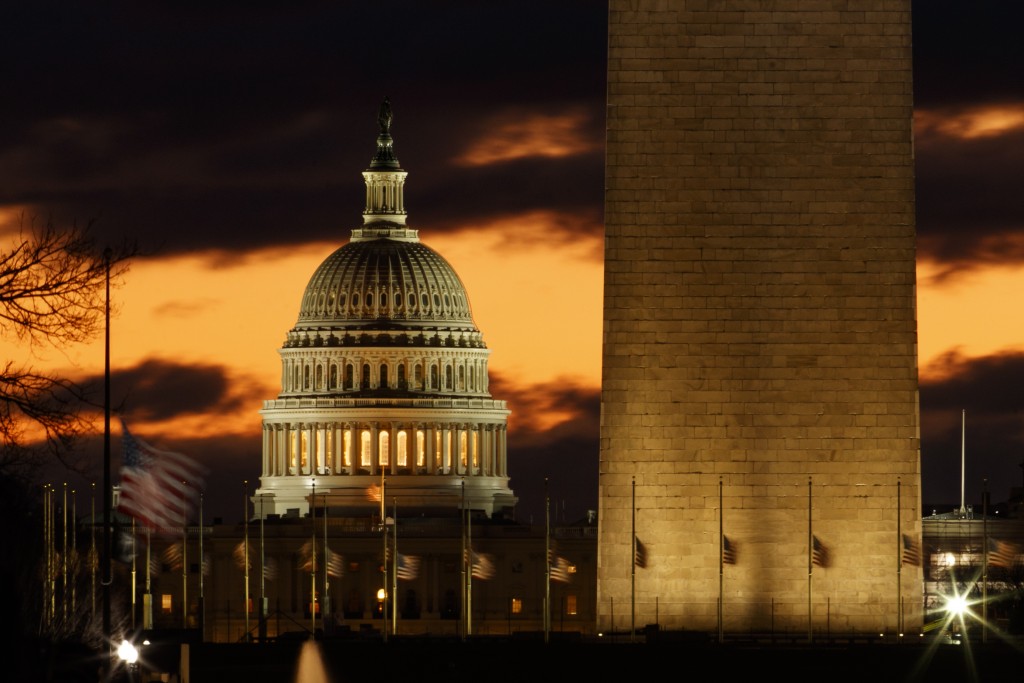 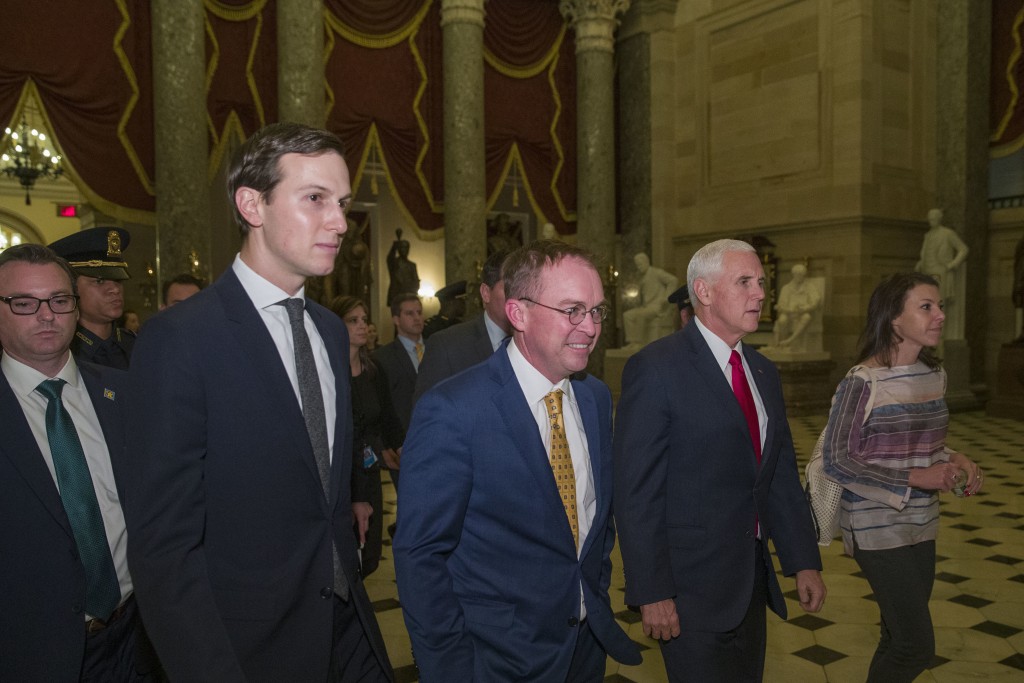 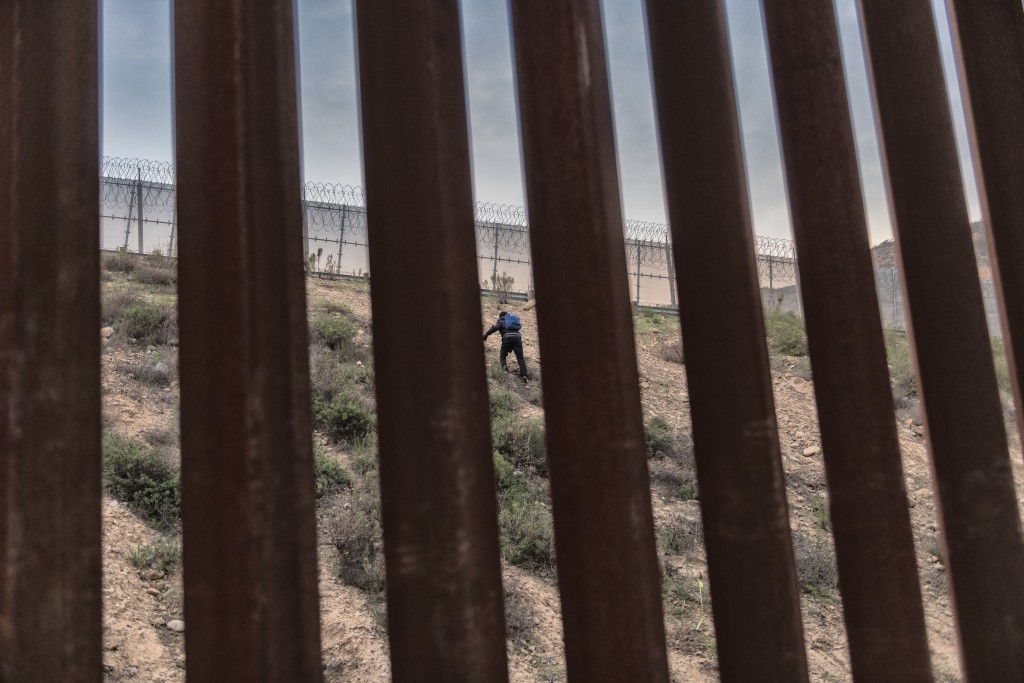 WASHINGTON (AP) — Christmas-season gridlock descended on the nation's capital Saturday liked an unwelcomed present just before the holiday as America's elected leaders partially closed down the government over their inability to compromise on money for a wall along the U.S.-Mexico border.

Congressional Democrats are refusing to accede to President Donald Trump's demands for $5 billion to start erecting his long-promised barrier, and the stalemate is a chaotic coda for Republicans in the waning days of their two-year reign controlling government.

Mulvaney sent agency heads a memorandum telling them to "execute plans for an orderly shutdown." He wrote that administration officials were "hopeful that this lapse in appropriations will be of short duration." That expectation was widely shared.

With negotiations expected to resume, the House and Senate scheduled rare Saturday sessions. House members were told they would receive 24 hours' notice before any vote.

The impasse blocks money for nine of 15 Cabinet-level departments and dozens of agencies, including the departments of Homeland Security, Transportation, Interior, Agriculture, State and Justice.

The disruption affects many government operations and the routines of 800,000 federal employees. Roughly 420,000 workers were deemed essential and will work unpaid just days before Christmas. An additional 380,000 will be furloughed, meaning they will stay home without pay.

Federal employees already were granted an extra day of vacation on Monday, Christmas Eve, thanks to an executive order that Trump signed this past week. The president did not go to Florida on Friday as planned for the holiday.

Those being furloughed include nearly everyone at NASA and 52,000 workers at the Internal Revenue Service. About 8 in 10 employees of the National Park Service were to stay home; many parks were expected to close.

The Senate passed legislation ensuring that workers will receive back pay. The House seemed sure to follow suit.

Some agencies, including the Pentagon and the departments of Veterans Affairs and Health and Human Services, were already funded and will operate as usual.

The U.S. Postal Service, busy delivering packages for the holiday season, will not be affected because it's an independent agency. Social Security checks will be mailed, troops will remain on duty and food inspections will continue.

Also still functioning will be the FBI, the Border Patrol and the Coast Guard. Transportation Security Administration officers will continue to staff airport checkpoints and air traffic controllers will be on the job.

Trump has savored the prospect of a shutdown over the wall for months. Last week he said he would be "proud" to close down the government, and on Friday said he was "totally prepared for a very long" closure. Many of Congress' most conservative Republicans welcomed such a confrontation, but most GOP lawmakers have wanted to avoid one because polling shows the public broadly opposes the wall and a shutdown over it.

Initial Republican reaction to the shutdown was muted. Among the few GOP lawmakers who issued statements as it began were Sens. Lisa Murkowski of Alaska, who expressed disappointment at the lack of a deal, and Lamar Alexander of Tennessee. "This is a complete failure of negotiations and a success for no one," Alexander said.

The Democratic leaders, Rep. Nancy Pelosi of California and Sen. Chuck Schumer of New York, said in a statement that Trump "threw a temper tantrum and convinced House Republicans to push our nation into a destructive Trump Shutdown in the middle of the holiday season."

Trump had made clear last week that he would not blame Democrats for any closure. Now, he and his GOP allies have spent the past few days saying Democrats bear responsibility.

The president said now was the time for Congress to provide taxpayers' money for the wall, even though he long had claimed Mexico would pay for it. Mexico repeatedly has rebuffed that idea.

"This is our only chance that we'll ever have, in our opinion, because of the world and the way it breaks out, to get great border security," Trump said Friday. Democrats, who opposed major funding for wall construction, will take control of the House on Jan. 3.

Looking for a way to claim victory, Trump said he would accept money for a "Steel Slat Barrier" with spikes on the top, which he said would be just as effective as a "wall" and "at the same time beautiful."

Senators had approved a bipartisan deal earlier in the week to keep the government open into February and provide $1.3 billion for border security projects, but not the wall. But the House rebelled and approved a package temporarily financing the government but also setting aside $5.7 billion for the border wall.

A test vote in the Senate on Friday showed that Republicans lacked the 60 votes needed to advance the House plan. That jump-started negotiations between Congress and the White House.