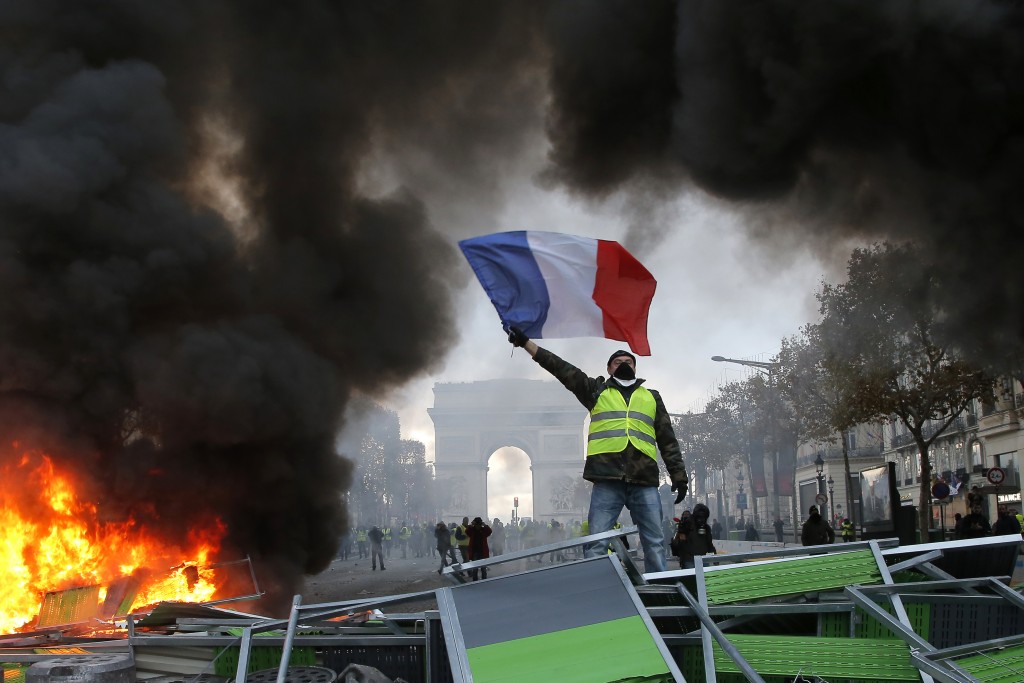 PARIS (AP) — The number of yellow vest protesters demonstrating on Paris' Champs Elysees on Saturday is down sharply on recent weeks.

Several yellow vest groups had called for a sixth straight Saturday of protests across France, but their call appears to have fallen on deaf ears in the capital at the start of the Christmas break.

In a stark contrast to the chaos of previous weekends, groups of tourists strolled down the avenue near the Arc de Triomphe and the road remained open for traffic.

In a protective move, the palace of Versailles just outside Paris will be shut for the day after yellow vest protesters said they will hold a demonstration at the famous chateau that was home to succession of French kings until the French Revolution in 1789.