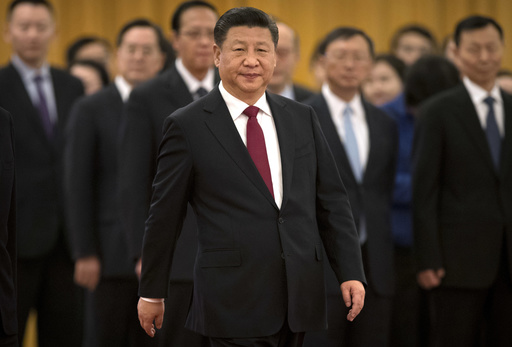 TAIPEI (Taiwan News) — Over 260 Chinese officials have died from suicide or “accidents” since Xi Jinping took power in 2013, according to Apple Daily.

Since Xi Jinping became appointed the general secretary of the Communist Party in 2012, he has fiercely cracked downed on embezzlement and other malpractices in his anti-corruption campaign. A huge spate of suicides or deaths due to “accidents” have occurred since his election, including HNA Group boss Wang Jian, and former People’s Daily editor-in-chief Hu Xin.

Early yesterday morning, police discovered that Jia Libin had left a nine-page suicide note in which he apologized for the decision to take his life and wished relatives and friends continued happiness.

Local media has speculated that he could have suffered mental instability from “excessive operating pressures” working at the helm of a state-owned industry. The director had sought help for mental health issues while in the U.S. in 2011.

Many of the deaths over the past five years have happened in foreign countries, but for those that occur within China, little transparency is given over the cause. Most of the officials have been middle-aged and middle-ranking, with jumping from a building the most common suicide method.

After a death occurs, depression is usually attributed as the reason.

If you or someone you know is considering suicide, place call the Taiwan Suicide Prevention Center at 0800-788995. Foreign residents can also call the Community Services Center’s emergency hotline at 0932-594-578. Lines are open 24 hours per day.