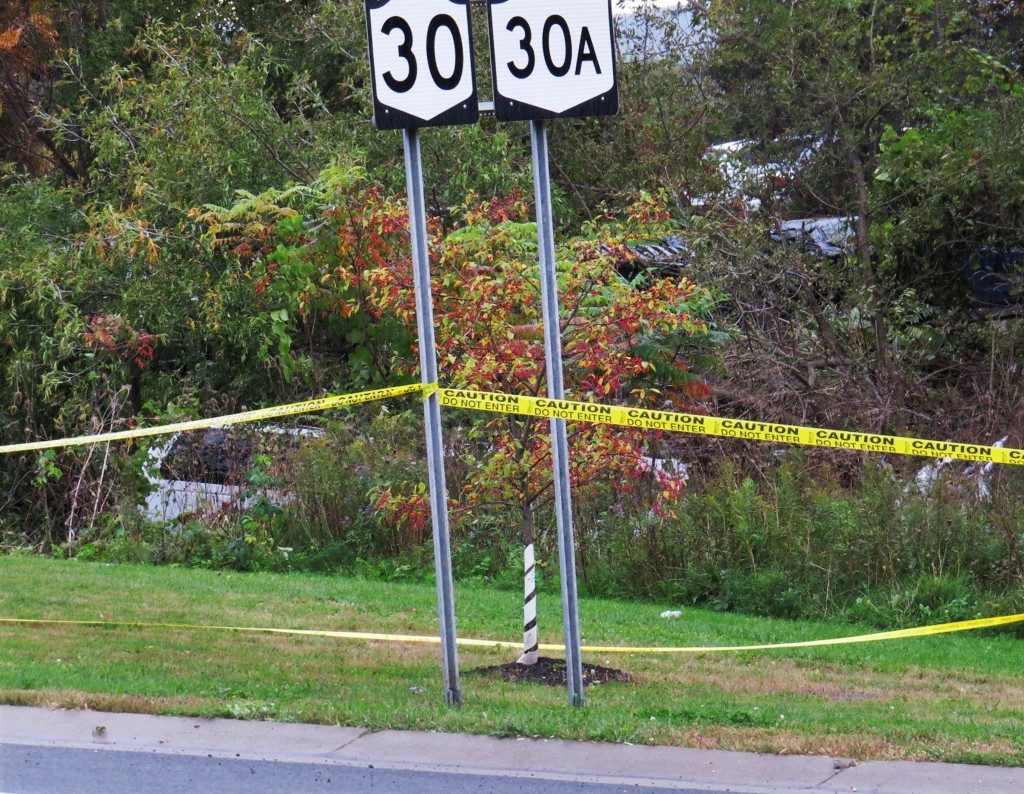 ALBANY, N.Y. (AP) — The National Transportation Safety Board told a New York prosecutor she has hampered the agency's efforts to determine the cause of the limousine crash that killed 20 people in her rural upstate county, the nation's deadliest transportation wreck in nearly a decade.

In a letter made public Thursday, an NTSB lawyer told Schoharie County District Attorney Susan Mallery that "safety-critical evidence" has been lost because her office had refused to let investigators fully inspect the modified stretch limo that crashed in Schoharie on Oct. 6.

"While we understand the important duties that you are fulfilling, we are gravely concerned that your lack of responsiveness to our requests has seriously impeded our abilities to carry out our Congressionally-mandated duties to properly complete this safety investigation and potentially prevent similar accidents in the future," NTSB general counsel Kathleen Silbaugh wrote.

The letter specifically mentions concerns over losing the ability to evaluate corrosion on limo parts, including its brakes, or the status of its electrical system at the time of the crash.

The letter goes on to demand immediate access to the wrecked limo and to other vehicles owned by the company, Prestige Limousine.

Mallery's office didn't respond Thursday to a request from The Associated Press for comment, but she told WRGB-TV in Albany the limo is evidence in a criminally negligent homicide case against its owners.

She told the station Wednesday night that it was "completely untrue" that she was hindering NTSB access to the limo.

It's not the first time reports of NTSB displeasure with the local handling of the investigation have surfaced. Two weeks after the crash, the AP reported the agency's investigators were privately expressing frustration over their access to the wreck. NTSB officials said at that time that agency investigators had looked inside the limousine briefly but hadn't conducted a full examination.

The New York State Police are in charge of the ongoing criminal investigation into what caused the limo to blow through a stop sign at a T-shaped intersection, barrel through a store parking lot and crash into a shallow ditch. The limo driver, 17 passengers on a birthday outing and two men standing in the parking lot were killed.

The Ford Excursion limo remains inside a tent on the grounds of a state police troop headquarters in suburban Albany. A state police spokesman referred questions about the NTSB letter to Mallery's office.

State police officials earlier had said allowing NTSB investigators access to the vehicle before it was fully examined and processed by the state police and Hussain's defense team would jeopardize the criminal case. The NTSB letter says the defense team examined the vehicle last month, yet the agency had received no response from Mallery to its request to examine the limo.

The letter also states that the prosecutor has been unresponsive to NTSB's efforts to obtain information via letter, telephone calls and email.

"Instead," Silbaugh wrote, "what we have been told is that your schedule is full and you are too busy to respond."