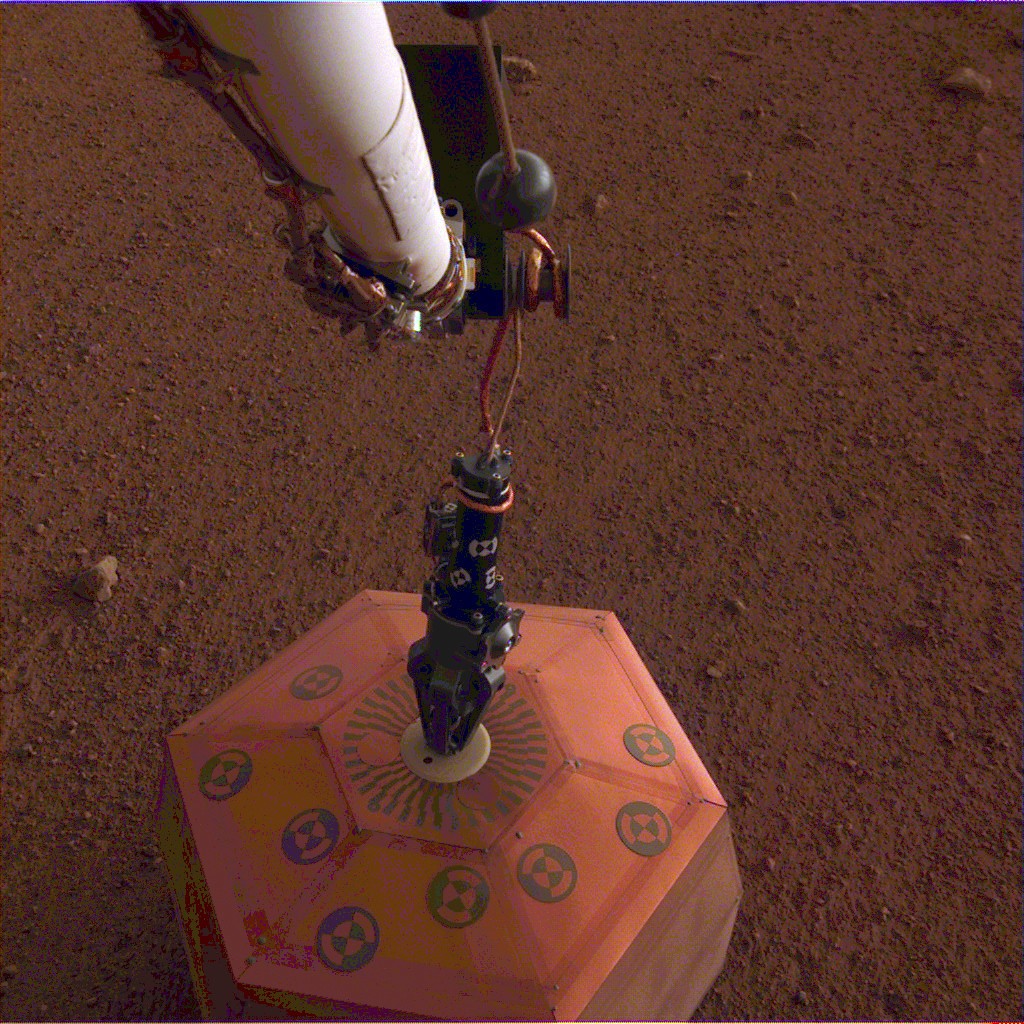 The milestone occurred less than a month after Mars InSight's touchdown.

InSight's robotic arm removed the seismometer from the spacecraft deck and set it on the ground Wednesday to monitor Mars quakes.

It's the first time a robotic arm has lowered an experiment onto the Martian surface. The ground is slightly tilted so flight controllers still need to make the seismometer level.

InSight's arm will swing back into action next month to place a wind cover over the seismometer and to set down another experiment. The heat probe, dubbed the mole, will burrow up to 16 feet (5 meters) into Mars to measure internal temperatures.