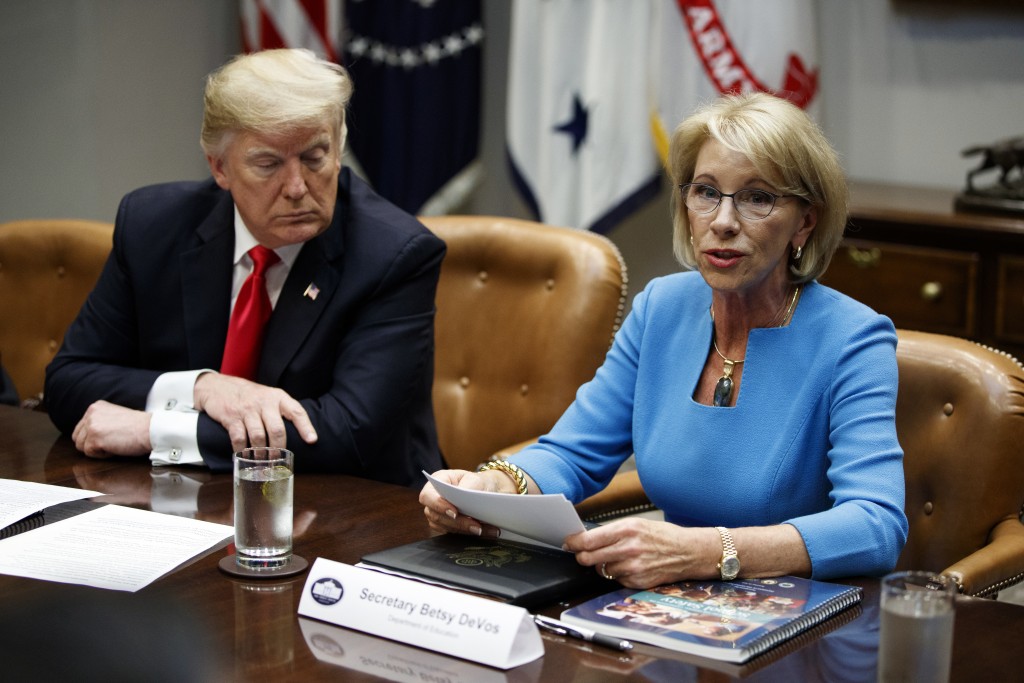 The department's inspector general's office said Wednesday it plans to review the decision at the request of Sen. Patty Murray of Washington and Rep. Bobby Scott of Virginia, the top Democrats on congressional committees overseeing education.

It adds to mounting scrutiny over DeVos' decision to revive the Accrediting Council for Independent Colleges and Schools, which was shut down over accusations of lax oversight of for-profit colleges.

Democrats have suggested that department officials exaggerated industry support for the accrediting group, which was a requirement for reinstatement.

DeVos' decision cited several "letters of support" from other accreditors, but Murray and Scott say a congressional inquiry found no such evidence.