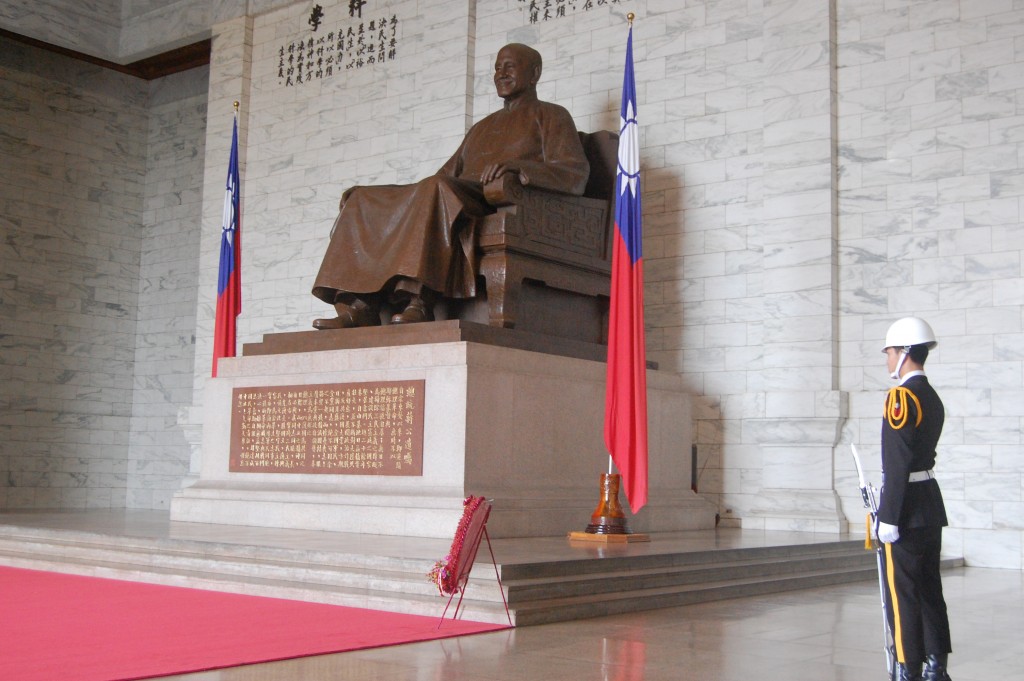 However, the problem is that the yet again the debate has descended into party political bickering with the KMT inevitably accusing the Commission of dancing to the DPP’s political tune and seeking to make party political points.

It is irresponsible politicking of the worst kind, but sadly it is what the Transitional Justice debate has become these days. It absolutely should not be the case. Transitional Justice should be about justice, not politics. It is not about bad-mouthing the KMT party, it is about appropriately remembering the abuses and crimes of Taiwan’s military dictatorship and ensuring that they are not repeated in the future.

Transitional Justice is about people. There are many survivors from the years of Taiwan’s military regime who are still living with the physical and emotional scars of what they went through at that time. These will be people of all political persuasions and they deserve the respect of the Taiwanese politicians and people, and for a proper and independent Transitional Justice process to be implemented.

Transitional Justice is also about history. There is an age-old saying that ‘those who forget the past will be condemned to relive it in the future’. No one in Taiwan wants a return to the worst years of Taiwan’s military dictatorship, but with democracy in Taiwan under threat from Communist China, there has never been a more important time to remember what authoritarianism is really like here.

The most contentious element of Transitional Justice is the memory of Chiang Kai-shek (蔣介石) himself. To some, Chiang is a hero, leader of Chinese Nationalists who fought valiantly against the Communists in China and kept the Republic of China alive here in Taiwan. To others, he was a monstrous military dictator who tortured and killed countless people while repressing an entire nation.

History is never black and white, and the fact is that there are elements of both these views which are correct. It is undoubtedly true that Chiang shouldn’t be idolized in the way he has been in the past. But neither should he be forgotten or airbrushed out of history either. There needs to be balance and a sense of perspective.

Taiwan needs to remember both sides of Chiang Kai-shek. We need to be proud of his achievements and honest about his abuses. This should be reflected in Taiwanese history books, in the way Chiang’s legacy is taught in schools, and in the way he is portrayed in tourist attractions and monuments.

Removing his head from coins seems like a reasonable suggestion. The New Taiwan Dollar today is a symbol of something very different to the country Chiang envisaged. It is a mark of Taiwan’s status as a sovereign nation and an independent democracy. As such, using it to memorialize the country’s most famous military-dictator seems inappropriate.

The question of who or what should replace Chiang is difficult. Perhaps the coins could bear the head of Sun Yat-sen (孫中山), founder of the Republic of China and who already features on the NT$100 note. Perhaps they don’t need a person on them at all, but could bear images of some of Taiwan’s most famous landmarks. It seems like a good issue to put Taiwan’s newfound direct democracy to the test. Maybe the people should have the final decision on who should replace Chiang.

The future of the Chiang Kai-shek Memorial Hall (中正紀念堂) is more complicated. The suggestion to remove authoritarian aspects of the site also seems reasonable, but the fact is that the military guard-changing ceremony at the Hall is one of Taiwan’s more popular tourist attractions.

Whether it is in the best interests of Taiwan to stop them needs to be considered carefully. Surely, there are plenty of other areas where the Hall could be improved. The museum inside is currently an homage to Chiang, but doesn’t reference his numerous abuses and atrocities at all. This should be rectified with a new, larger museum installed which offers a more rounded insight into his life and regime.

Consideration could also be given to a separate display which highlights Taiwan’s transitions to democracy, its new-found respect for human rights, and the importance of the Transitional Justice process itself.

The future of the various statues and portraits of Chiang which can still be found around the country also need careful consideration. It could perhaps be left to local communities to decide whether to retain them or not. However, if they do remain, then the wording of any plaques or signs should provide perspective on his regime rather than simply glorify him.

For Transitional Justice to really work in Taiwan, it needs cross-party support. Sadly, for that to happen it needs the majority of KMT legislators to grow up and face up to the reality of their party’s past.

It is in their interest to implement Transitional Justice properly in order to help cleanse the KMT of the atrocities that have been carried out in its name. It is also undoubtedly in the interests of both the Taiwan people and the country of Taiwan.

Can Taiwan’s politicians put their differences aside in the national interest? At the moment, when it comes to Transitional Justice, it seems highly unlikely.