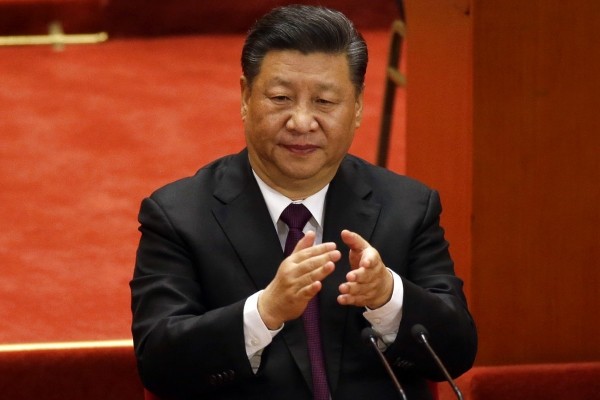 TAIPEI (Taiwan News) -- On Tuesday in Beijing, the Chinese Communist Party under Xi Jinping held a ceremony to mark 40 years since the conclave that saw the party begin its process of market reforms under Deng Xiaoping in December 1978.

At the Great Hall of the People, Xi Jinping gave an address that celebrated the developments since the reforms under Deng, and also insisted that the country had entered a new era under his leadership.

Invoking scientific advancement, climate change, and the destiny of the Chinese nation in his address, Xi boldly declared that China is poised to take a leadership role in “creating an open global economy, building a community of human destiny, and promoting the transformation of global governance.”

Xi declared that while the past 40 years have witnessed successful “reform, opening up and socialist modernization,” that the 100-year struggle of the “Great Rejuvenation of the Chinese nation,” is unremitting.

In his 80 minute address, Xi took a defiant tone towards foreign powers, explaining that none but the Chinese communist party can dictate China’s policies. The CCP chairman repeatedly extolled the role of Marxism, communism, and “socialism with Chinese characteristics" in shaping modern China, and as guiding principles for China’s future engagement in world affairs.

Xi characterized Deng’s reforms as a synthesis and improvement upon Mao’s “scientific understanding” of Chinese socialism, rather than the corrective policies following a quarter decade of economic mismanagement that they were.

In regards Taiwan, Xi touted the historical fabrication of the “1992 consensus” and declared that the party remains “resolutely opposed to Taiwan Independence.”

Despite an ongoing international campaign to suppress Taiwan and a steady increase of military drills in and around the Taiwan Strait, Xi claimed that China was taking the initiative to strengthen cross-strait exchanges and promote peaceful development of relations with Taiwan.

While many expected that Xi might directly address the dispute with the U.S. over Beijing’s economic policies, the address only emphasized that in all areas of society, and the economy, that the Communist Party must maintain leadership and that the ideology of Marxism, and socialist policies should be supported by the people.

“Despite promises of the importance of the speech, very little new was announced, particularly given its similarity to parts of Xi’s speech at the Politburo meeting a few days prior.”